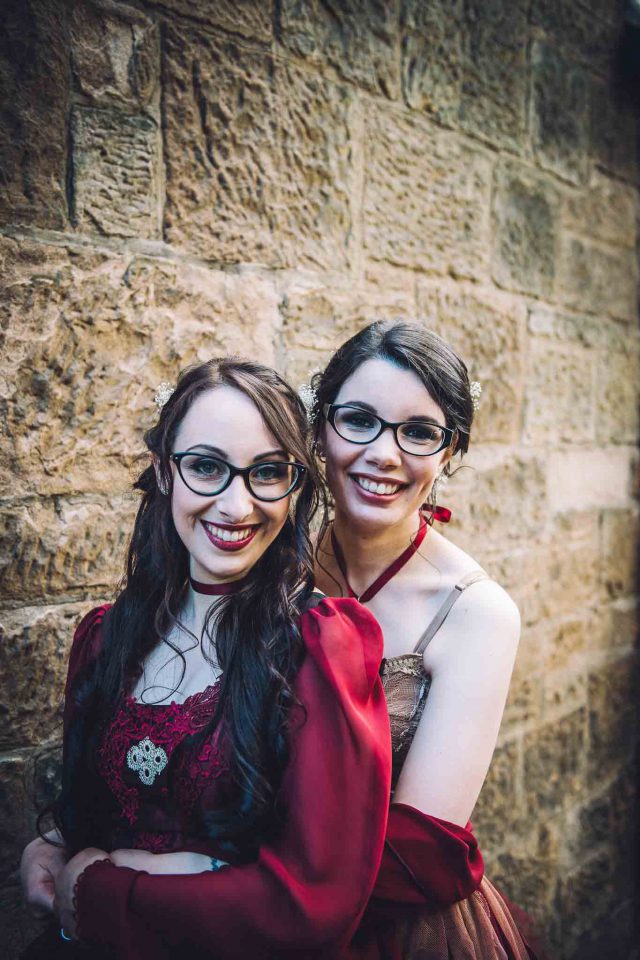 For their wedding Laura and Holly wanted a day that felt like them, so that meant witchy, romantic, feminine, pagan and inspired by nature. They were influenced by Stevie Nicks and the film Practical Magic. They even walked down the aisle to the theme song!

The brides’ dresses were handmade by Pia at RawRags, a seamstress from Denmark who they found through Etsy. Both gowns were done in red and cream, and both brides were wearing glasses, so they looke so matching! Their headpieces were made for them by a friend. Two bridesmaids were rocking waistcoats and bow ties, and the rest of girls wore dresses. The dresses came from Amazon and the waistcoats, trousers, shirts, shoes and bow ties came from various high street stores.

There were many DIYs, which helped to personalize the wedding and save the budget. In terms of decor, the couple reused the flowers and runners from the ceremony for the evening reception. There were crates from Ikea which were painted and filled with straw, fairy lights and jars of flowers. The couple also made props such as a crystal balls, wands and crystals. They created their own sweetie bar by purchasing jars from Amazon and filling them at a local sweet shop.

This wedding is full of cool ideas that allow saving some money. Now have a look at the pictures and get inspired! 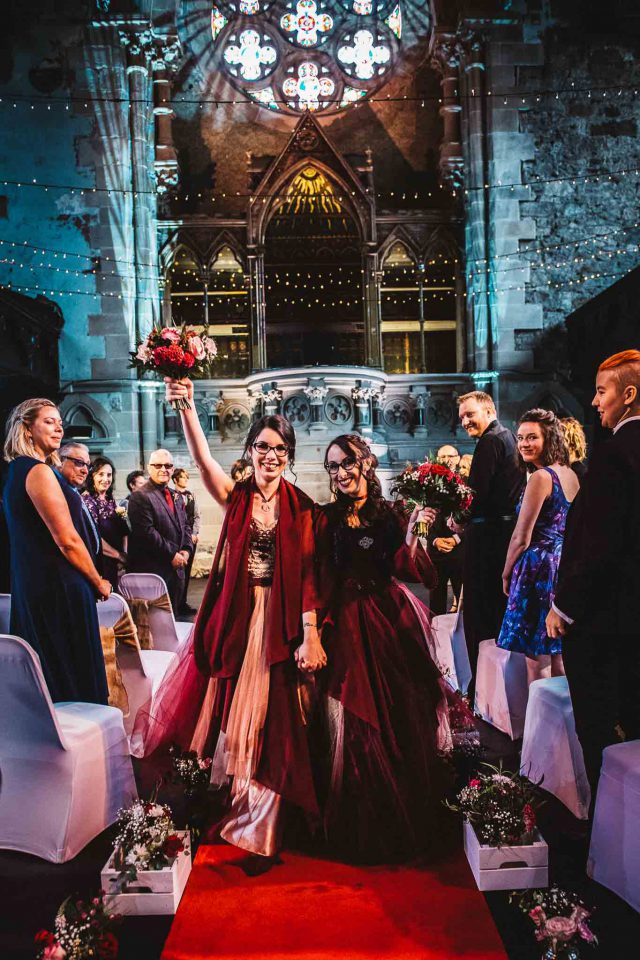 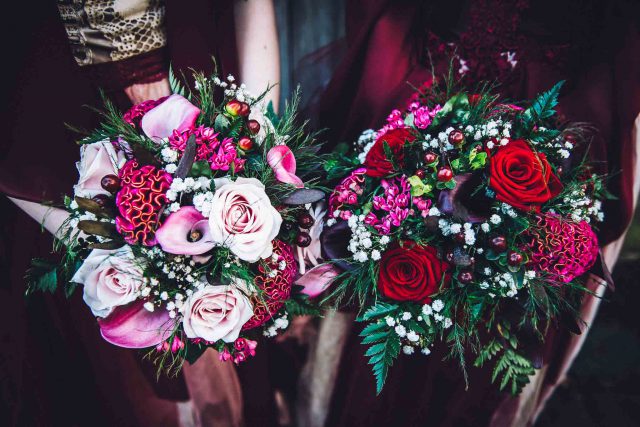 Their bouquets were also matching, bold, eye-catchy and with textural leaves and greenery 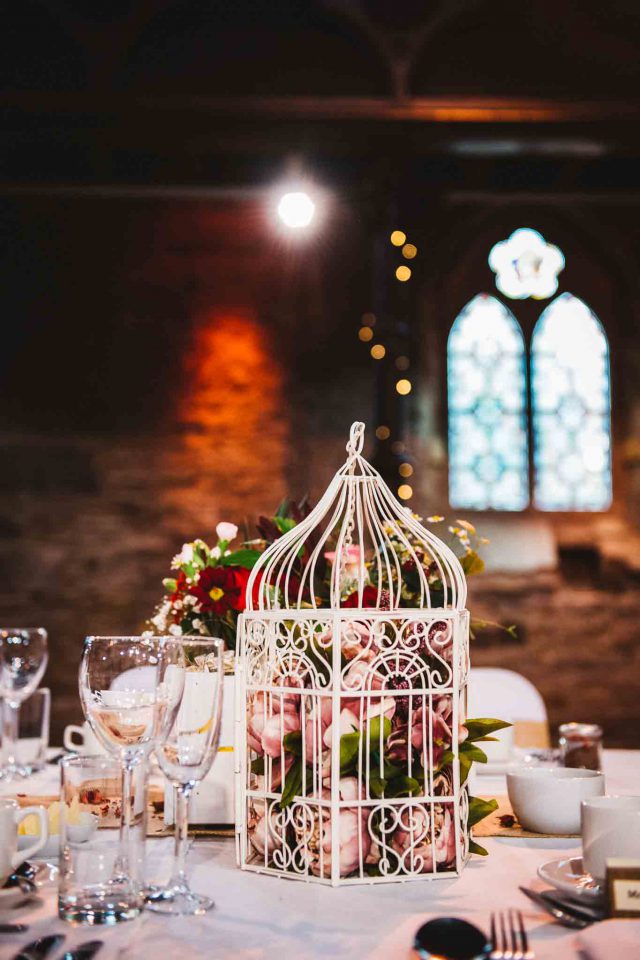 A fresh bloom cage centerpiece was made by the brides themselves, just like many decor parts 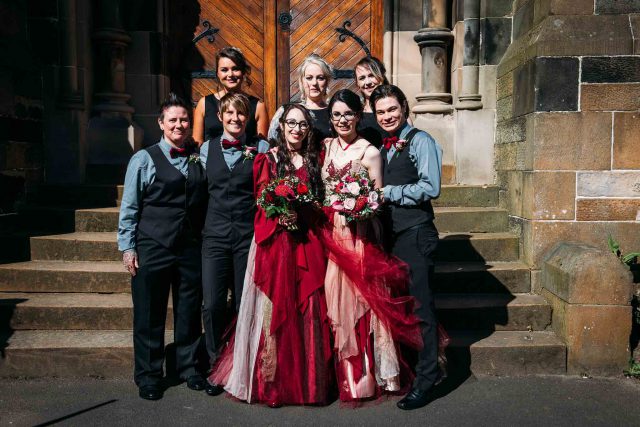 Two bridesmaids were wearing waistcoats and bow ties like the guy, the rest of the girls were rocking dresses 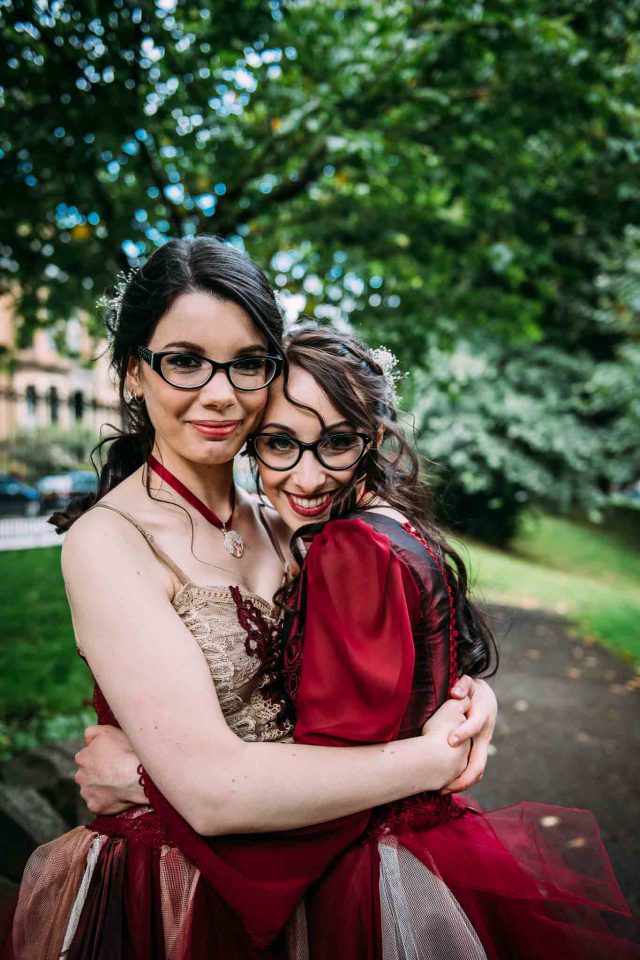 Both brides were wearing similar wavy hairstyles and glasses, so they looked very similar 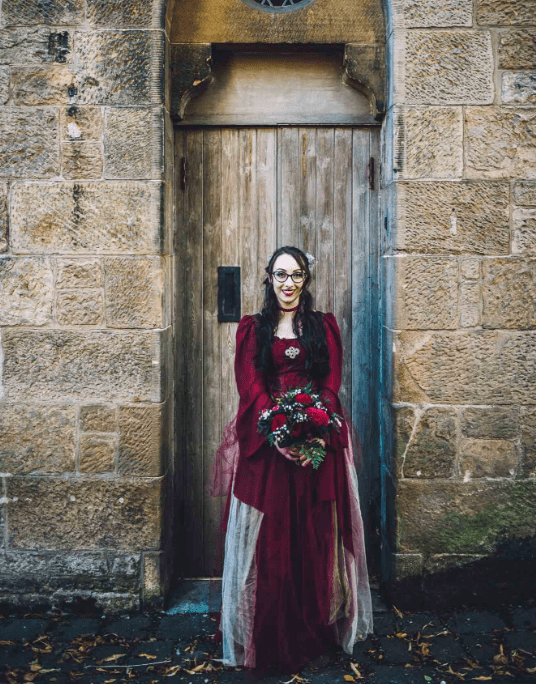 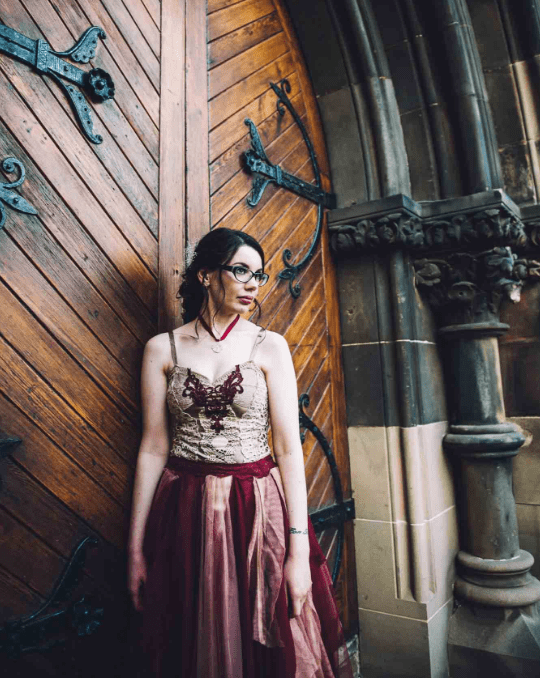 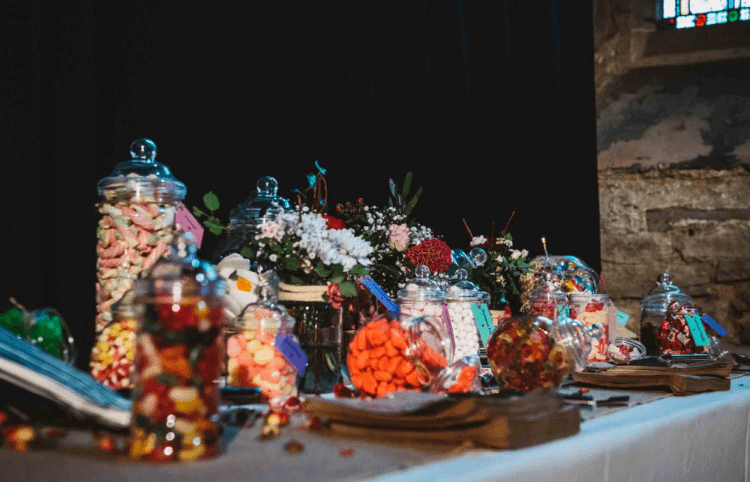 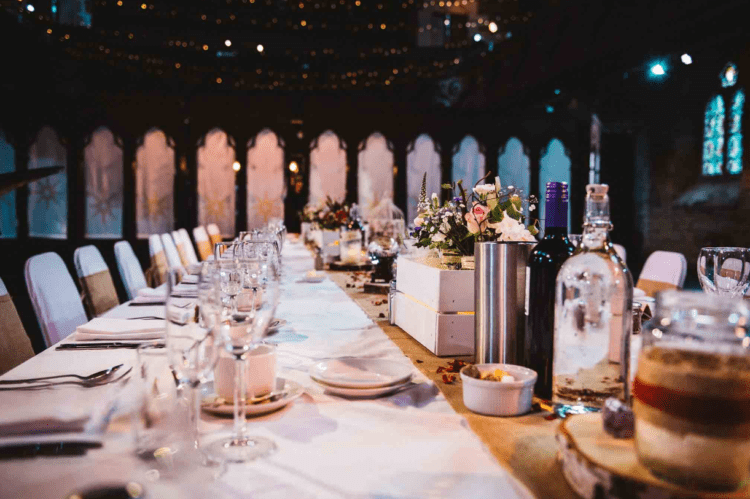 The decor was simple, with many DIYs created by the brides and many things reused from the ceremony