Amy and Kevin’s wedding was a gorgeous minimal affair at The Ravenswood in West Sussex with some beautiful touches. Amy is originally from New Zealand and met Kevin, a French singer in London. Kevin was one of the X-Factor finalists in 2017, and their love story was shown during the X-Factor as Amy was constantly there supporting him throughout the whole series. Their intimate wedding was a mix of both cultures, with the ceremony readings being conducted in both English and French and all the decor and details reflecting the couple, their passand their incredible sense of style!

The couple wanted to celebrate their love in a gorgeous British setting, blending their French, African and Kiwi heritage. Kevin is a professional musician, so they knew music would play a big part. Amy and Kevin chose to say I do outside at The Ravenswood’s little castle. Its stone walls side windows and stunning opening make the perfect altar and backdrop for the romantic nuptials said in both English and French to represent both of the couple’s heritage. The image captured by Paul and Nanda of them holding hands walking down the steps in their stylish halter neck wedding dress, velvet jacket and fedora hat is my absolute favorite.

The vibe was really just all about bringing together all of their favorite people, and celebrating love! West Sussex proved to be a stunning backdrop to our venue, so they kept the styling to a minimum. They had greenery, pampas grass and some dark burgundy dahlias for the florals, and bud flowers for the tables. The venue had so much character itself that it didn’t need much decor. 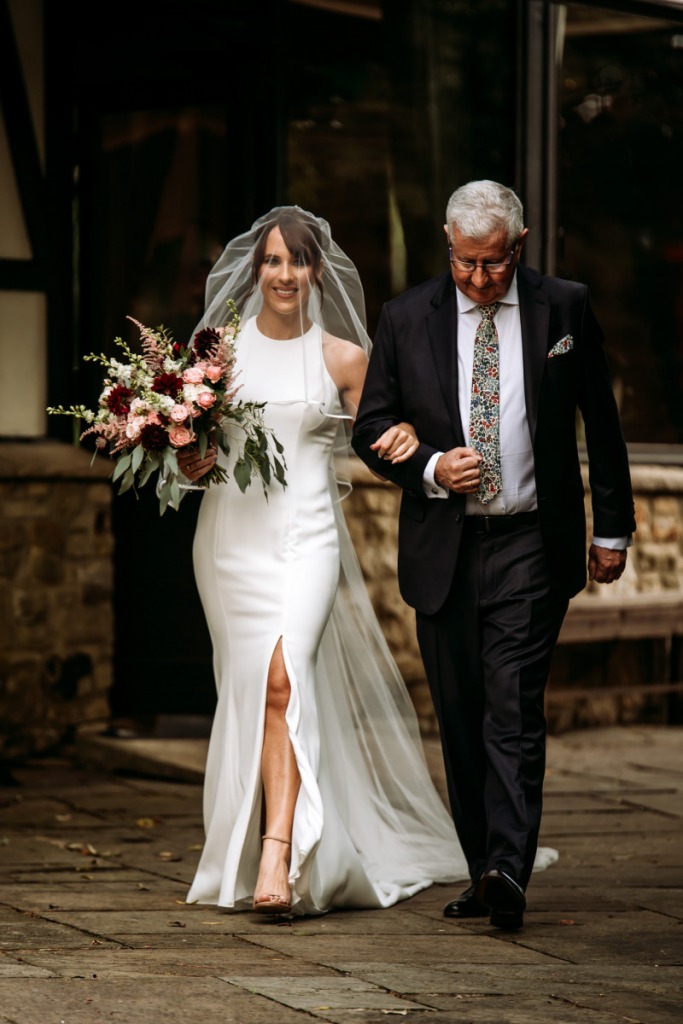 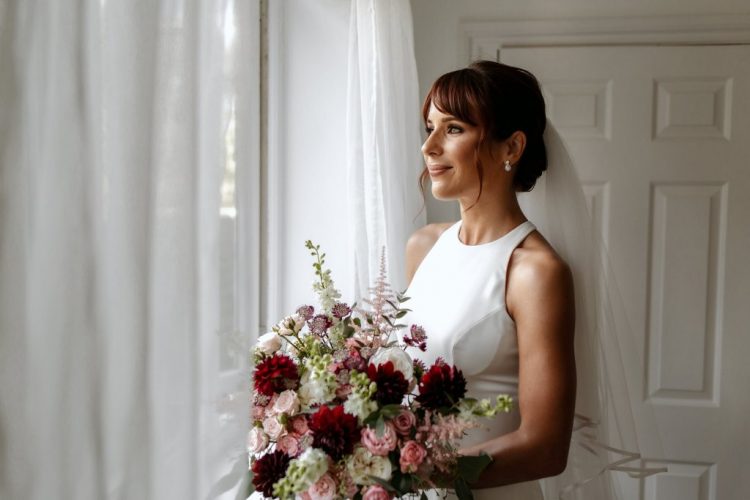 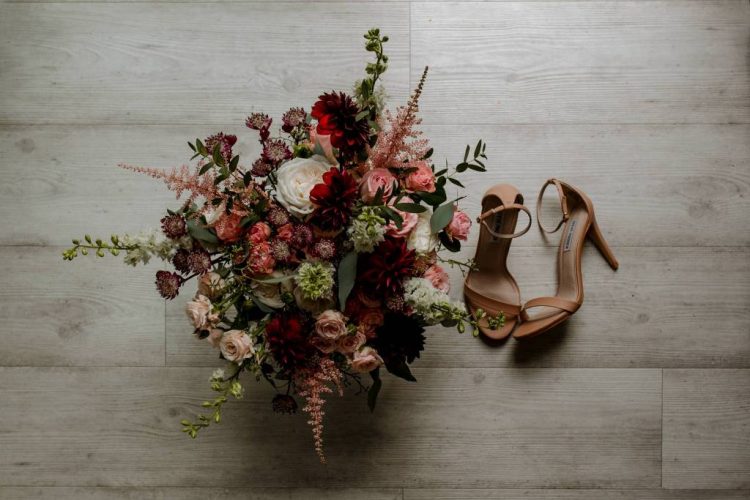 cool sandals for a bride 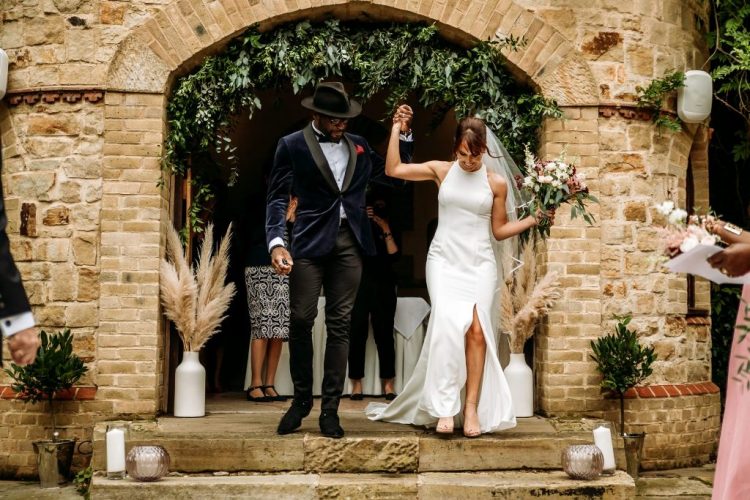 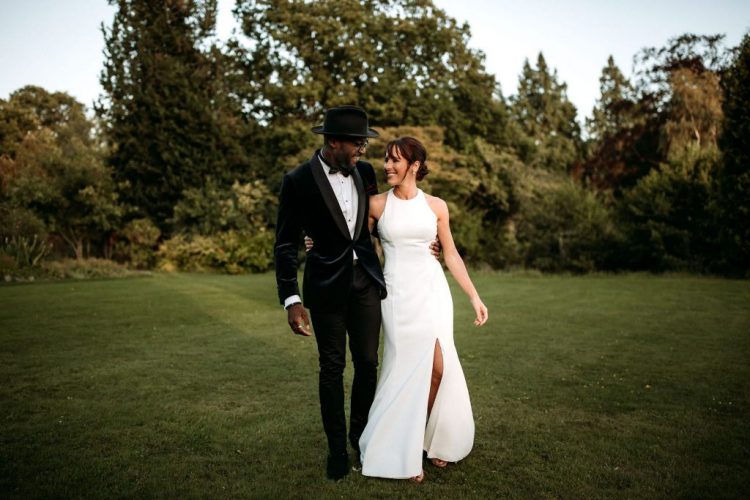 The groom was wearing black pants, a midnight blue velvet blazer, a bow tie and a hat 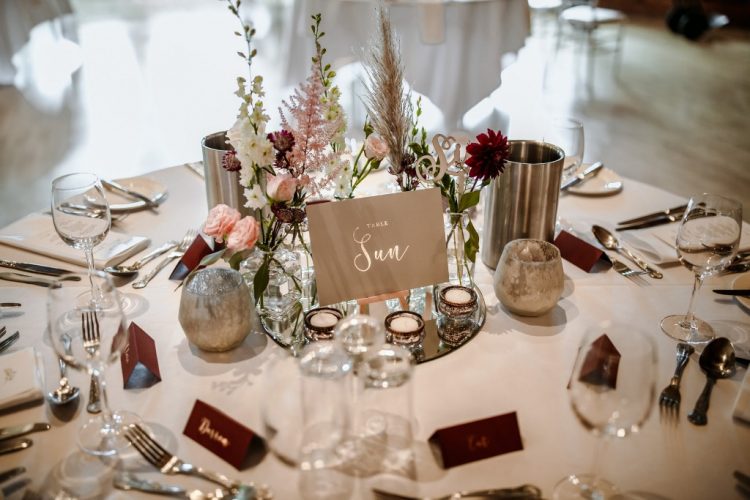 The tables were elegantly decorated with burgundy and blush blooms, herbs, candles and burgundy cards

The wedding cake was a naked one, with greenery, burgundy and blush blooms on top 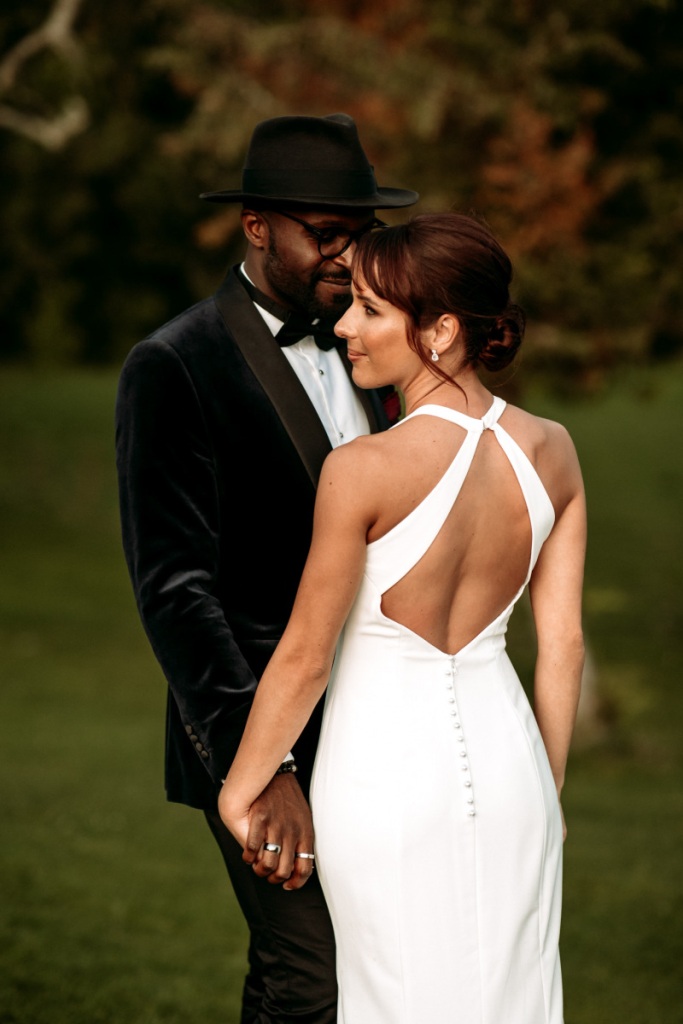 What a beautiful couple and a romantic and elegant wedding day