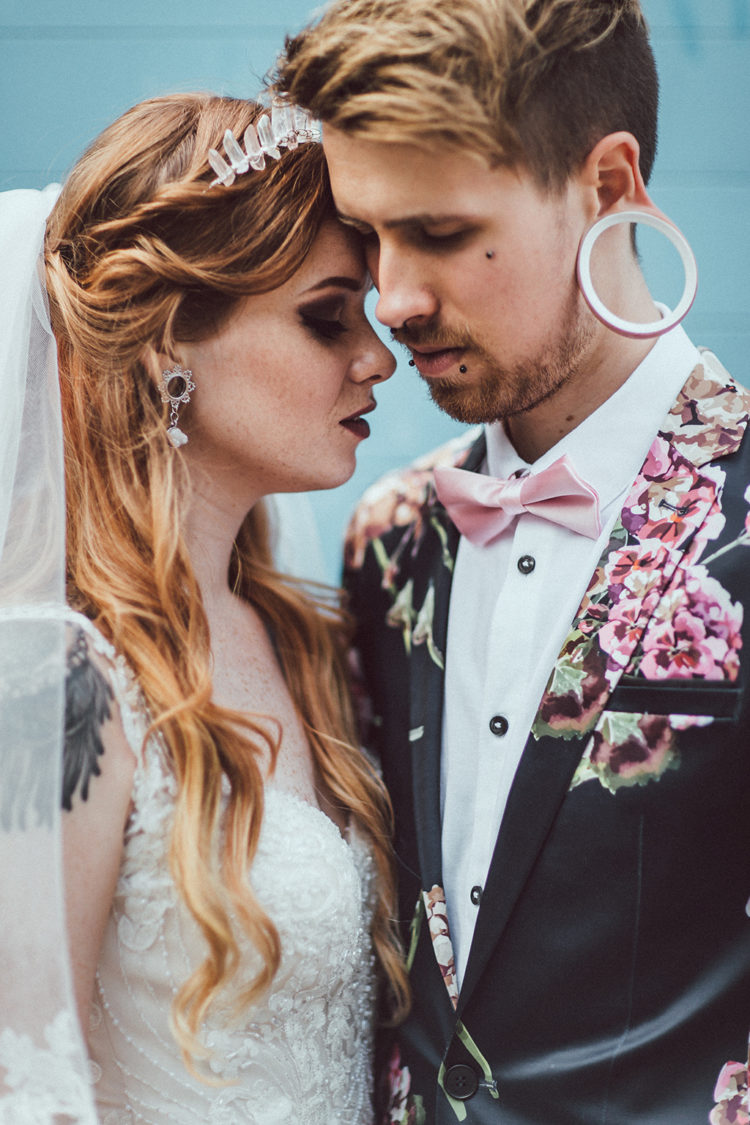 This beautiful couple are two models that decided to tie the knot getting inspired by village fetes, woodlands and all things vegan

Wheeler and Tylah’s inspiration for their wedding day was the wedding from Twilight, though Pinterest then took over.

Tylah wore an Essense of Australia dress, it was a romantic lace mermaid wedding gown with thick straps and a veil. She made her own with dark make up and a custom crystal crown from Howling Moon on Etsy. The bridesmaids wore dark dresses from AX Paris and carried lanterns instead of bouquets. Wheeler looked every part the Rock n Roll groom and wore a dark floral suit from ASOS.

The couple had £10,000 budget for their wedding. There were a lot of guests including the bride’s granddad who flew 8000 miles to be there. He conducted the whole wedding ceremony himself. For their ceremony, they set up an open-sided marquee and filled it with a tonne of straw bales and blankets. As for the reception, there were uncovered naked wooden tables with greenery table runners all along.

As vegans, it was also incredibly important to Tylah and Wheeler that their day was a fully vegan wedding – even though so many of their family didn’t want them to have it that way! They stuck to their guns, though, with Tylah making the cake from scratch, a semi-naked chocolate and vanilla sponge with black forest topping. A family friend provided the fully-vegan catering and Hop and Bubble horse box bar providing a custom vegan bar menu. 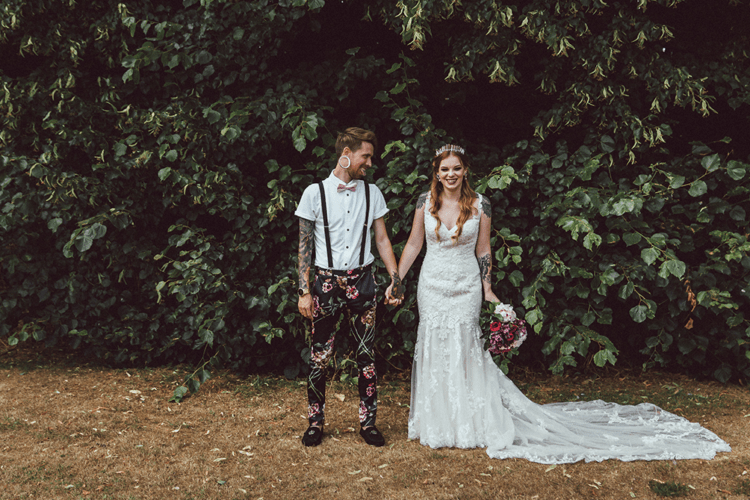 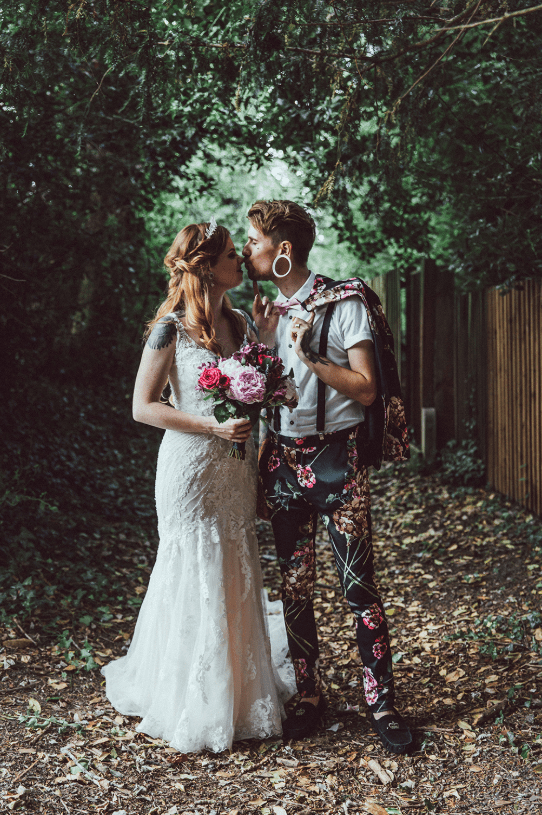 The groom was rocking a floral suit, a white shirt with short sleeves and black moccasins 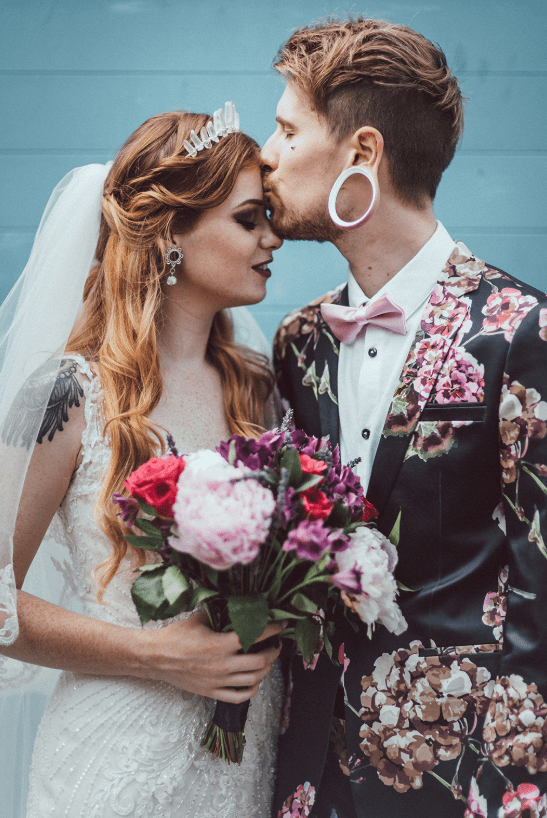 The wedding bouquet was a colorful one, with plum-colored, pink and coral blooms 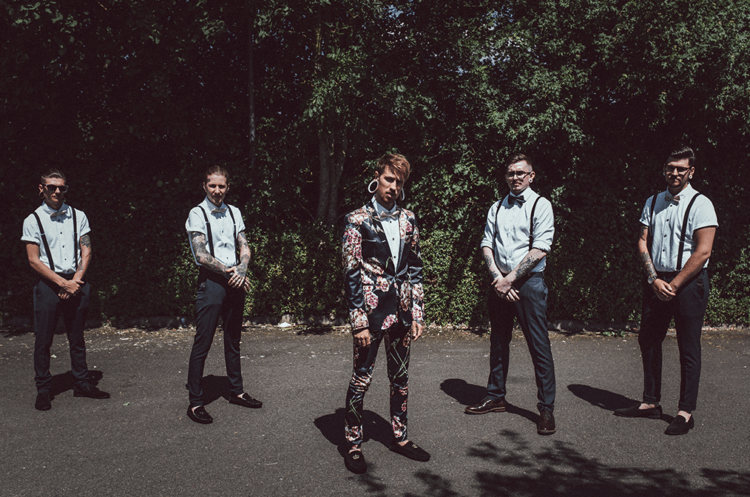 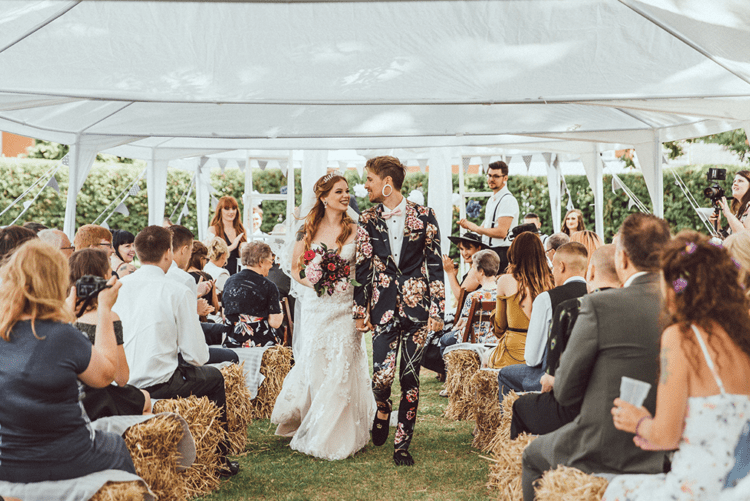 The ceremony took place ina tent with hay bales for a village fete feel, it was conducted by the bride's granddad 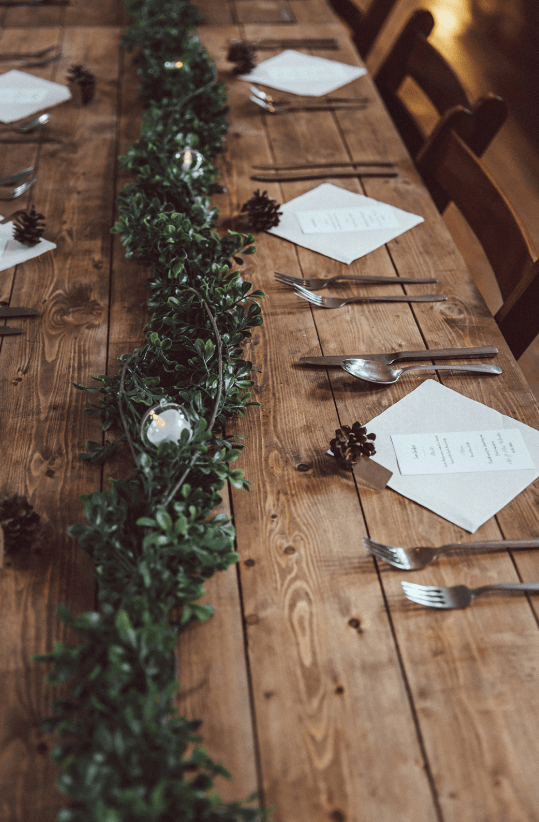 The reception tables were done with greenery garlands, candles, pinecones and simple and modern stationery 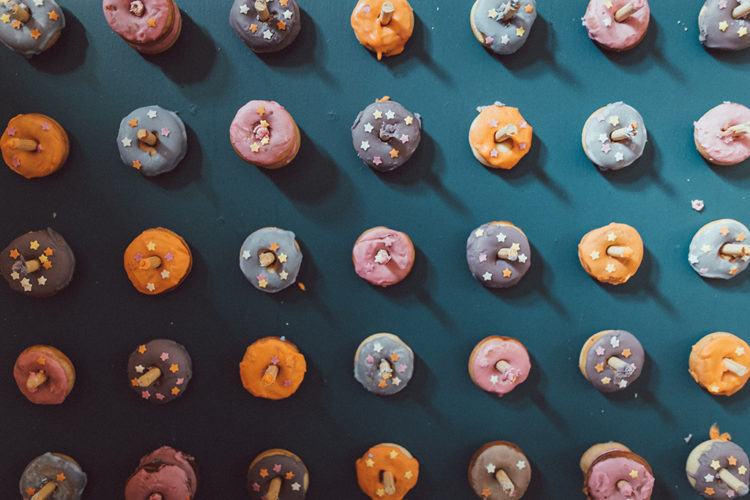 There was a donut wall, which is a hot wedding catering trend right now 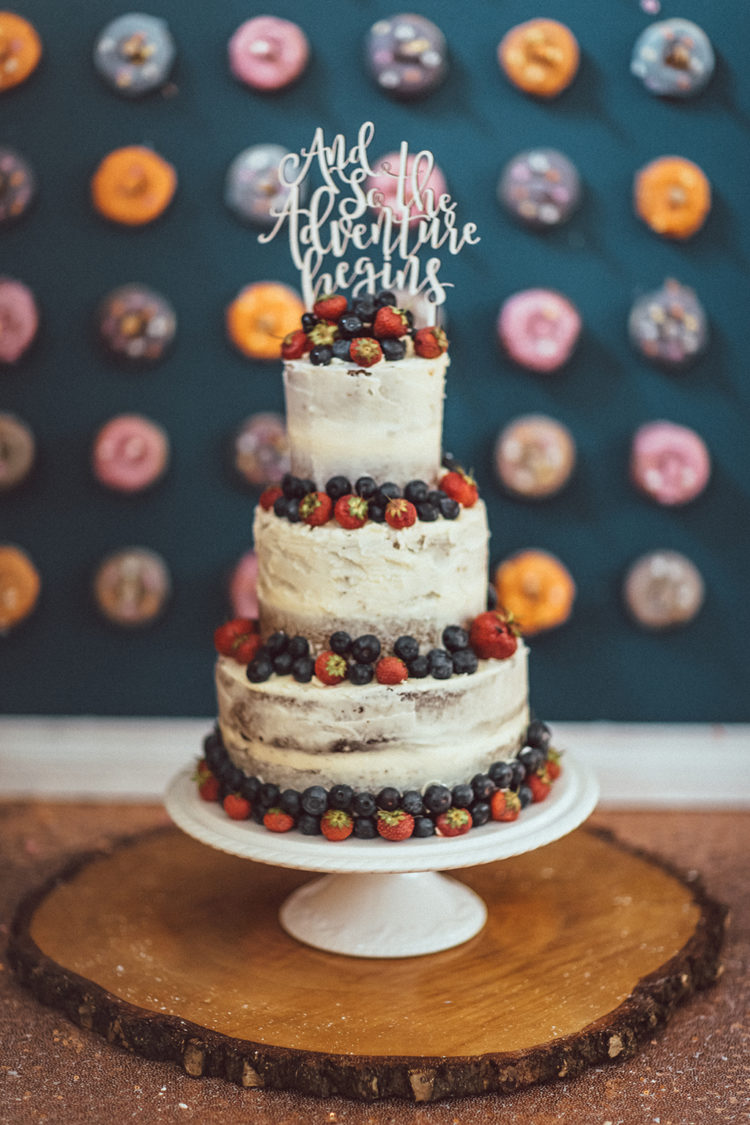 The wedding cake was vegan, made by the bride, it was a naked weddign cake topped with berries and with a calligraphy topper