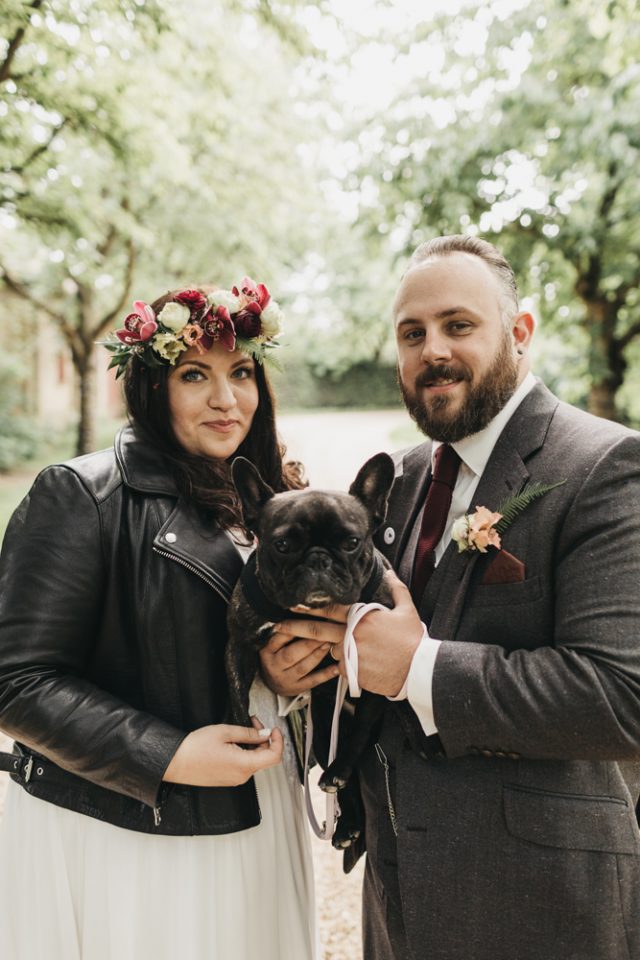 Adina and Richard did what many modern couples do these days: they legally married a few days before so they could really design a day that was truly them for their second ceremony, which took place in London. Get ready for a casual wedding with piglets and a French bulldog!

The couple decided to incorporate everything they love into their wedding: French bulldogs, pigs, rum and burgers, and fern and dark reds were chosen for decor. The couple’s cute French bulldog became a big part of their wedding day. Their dog was included into table names, she was taken to London on a road trip to participate in the wedding.

The bride’s custom made dress with an illusion neckline and sleeves was set off to beautifully dramatic effect by her bold flower crown, she also wore painted leather jacket from ASOS, and Rachel Simpson heels. The half illusion sleeves showed the bride’s tattoos perfectly. The groom wore a tailored grey three-piece suit and a red tie. The bridesmaids were wearing mismatched floral dresses in dark colors.

They spent £25,000 on the wedding, with the biggest costs being the venue and the flowers but it was good old DIY that saved them money. They prepared for a year and a half for our wedding and designed all the stationery and decorations ourselves, from the invitations to the wedding menu, the photo booth props, bar menus and the wooden signs pointing people in the right direction. Get inspired by the ideas from this wedding and enjoy! 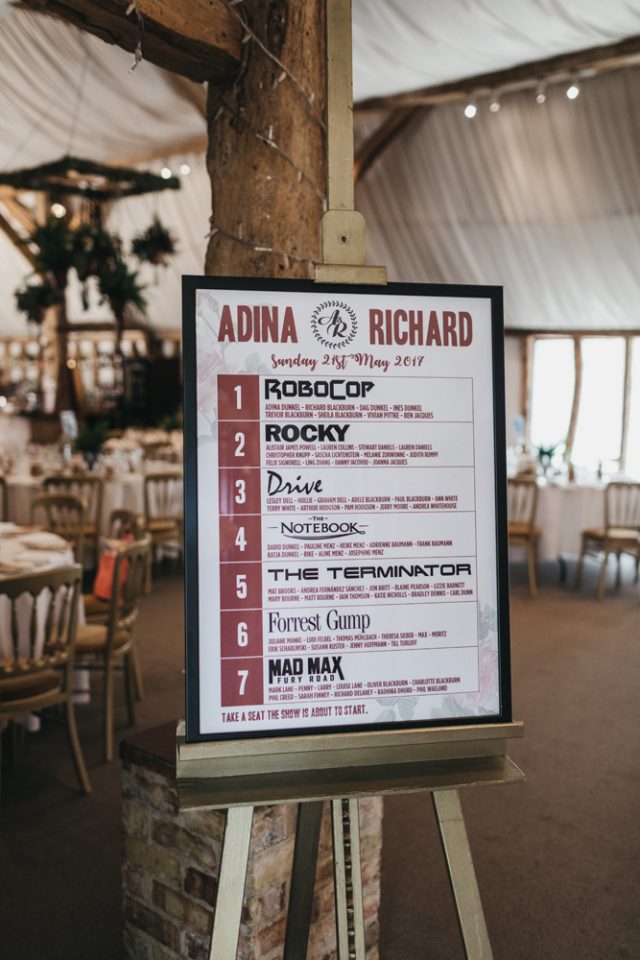 There were a lot of DIYs done for the wedding, for example, stationery

The bride was wearing an illusion neckline and sleeve wedding dress 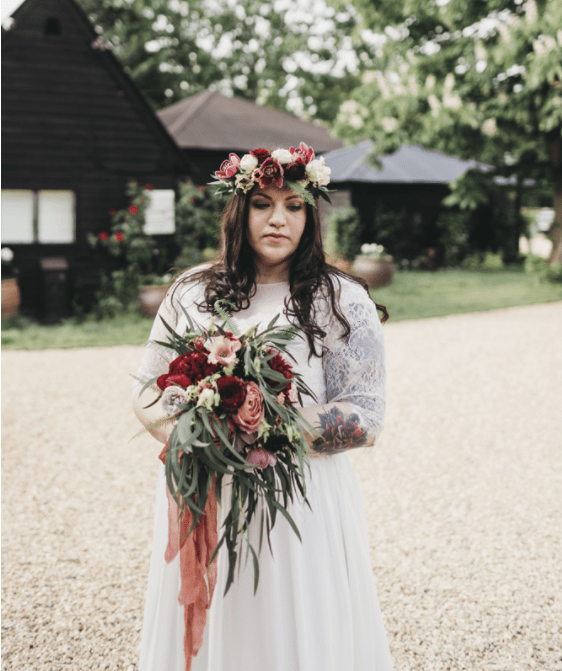 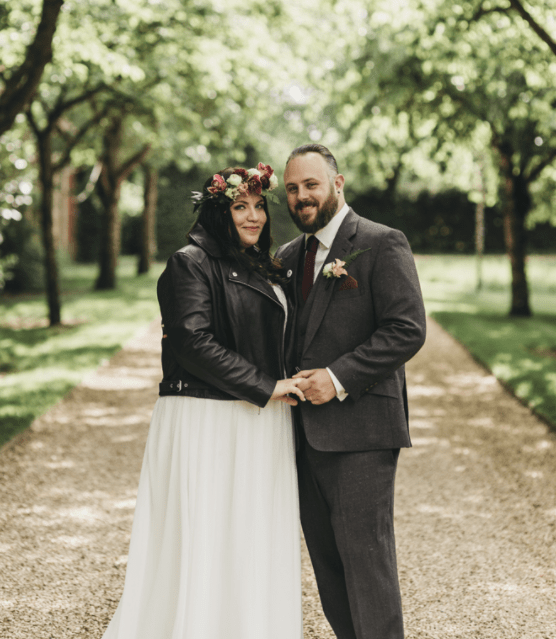 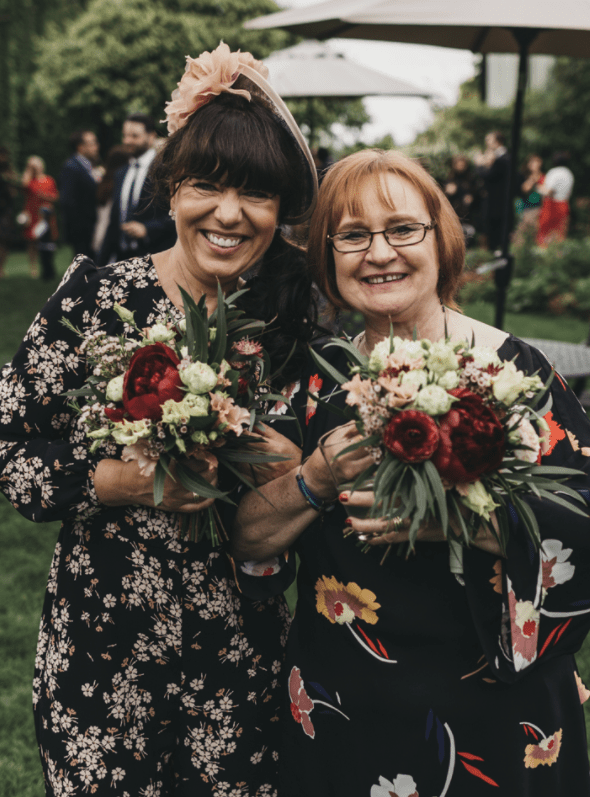 The bridesmaids were wearing dark floral dresses of their choice 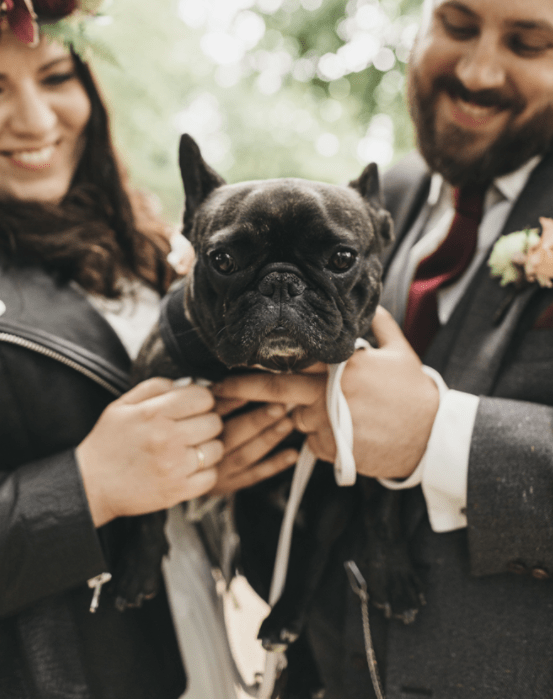 The couple's pup took an active part in the wedding 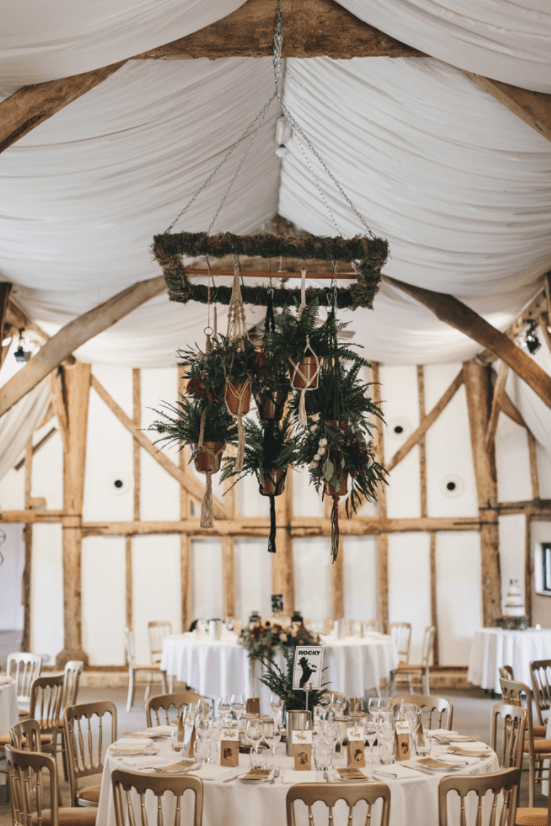 The wedding venue was a neutral and rustic one, with beams and ethereal fabrics and hanging greenery 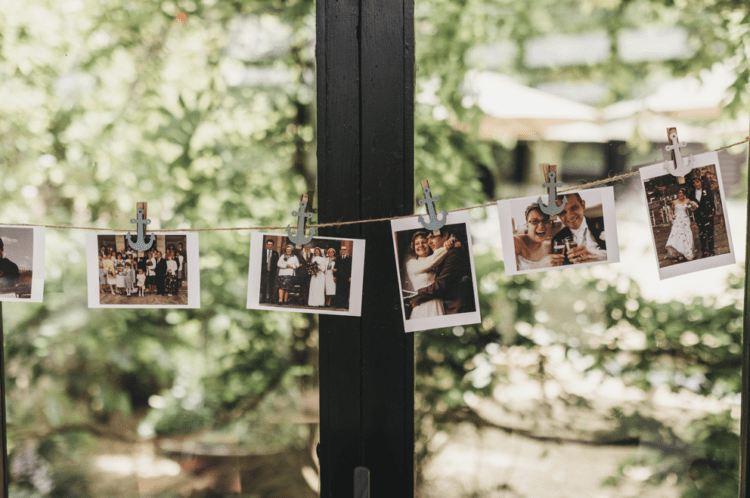 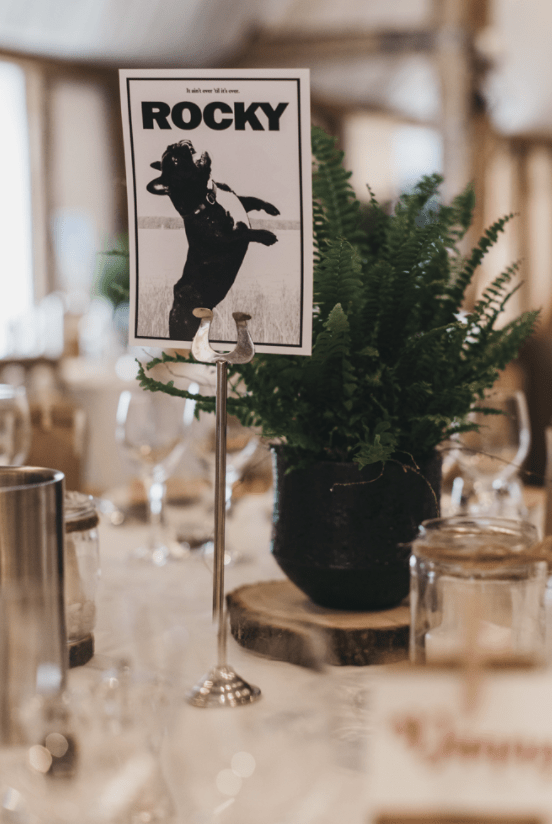 The wedding decor was simple and rustic, with the couple's bulldog incorporated 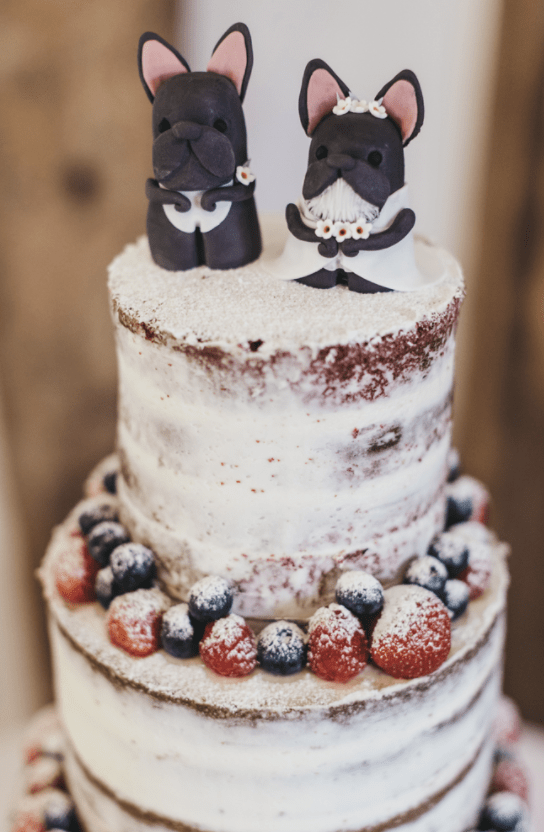