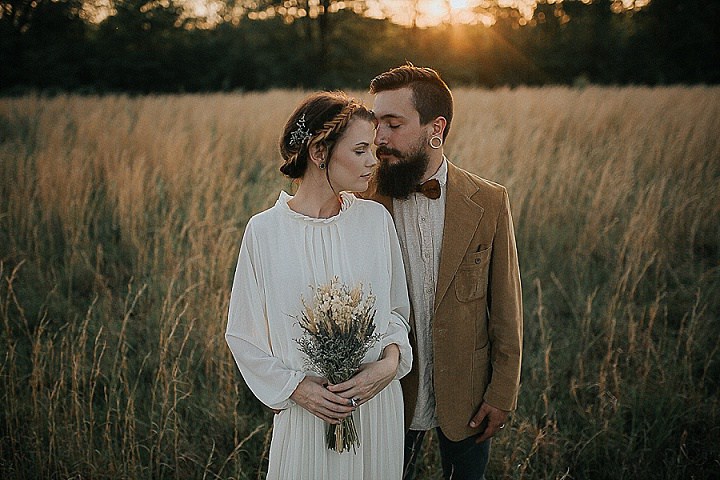 This shoot is a step back in time, into an era before Facebook, hashtags and MTV. The authors wanted passion and love, and the timelessness that only emotions can offer. The photo shoot was influenced by 1930’s and 1940’s, based around that time and style. The author wanted to incorporate her southern roots with a vintage feel, and to tie in her connection and love for music and stringed instruments.

The shoot is a boho sunset one, with characteristic fall or late summer details that catch an eye. The session took place in a field, and it looked especially warm under the last sun beams. The table was decorated with note paper, burlap and simple white flowers to keep it effortlessly chic. the stationery was done on aged paper with beautiful calligraphy.

The wedding details were vintage: a typewriter, some lanterns and cool music instruments that were incorporated into the shoot. Pizzas, beer and a homey fruit pie are a great idea for a laid-back boho wedding.

The hipster-looking groom in an ocher jacket really nailed the look! He refreshed that 20th century look giving it a new feel. The bride was wearing a simple pleated white dress with long sleeves, and to make her look more eye-catching, she was given a white flower crown. 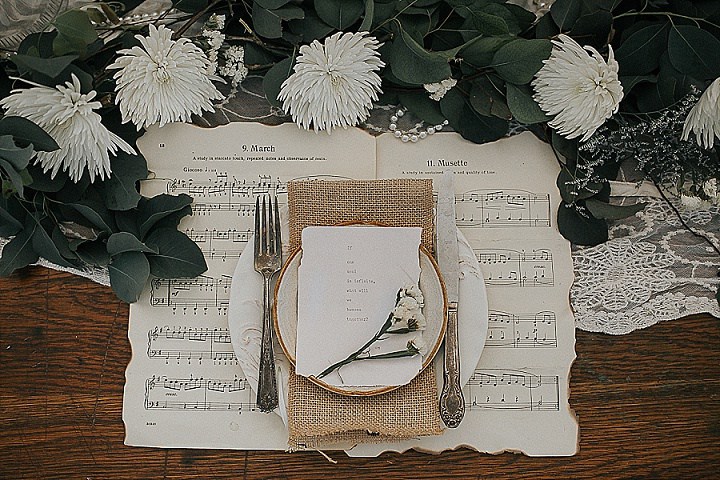 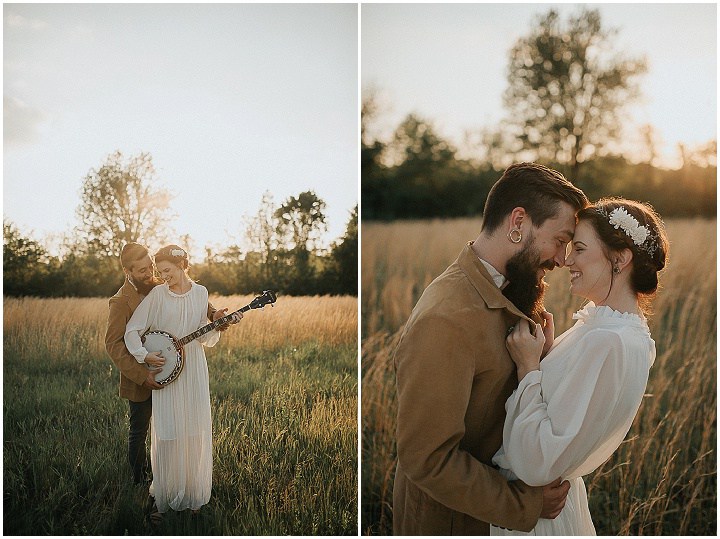 Music is the author's passion, so she incorporated several musical instruments into the shoot 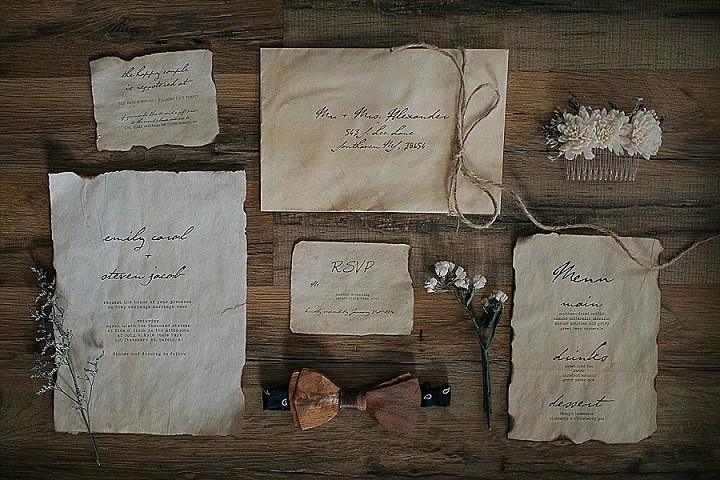 The stationery was done on aged peper, and the calligraphy looks vintage-like 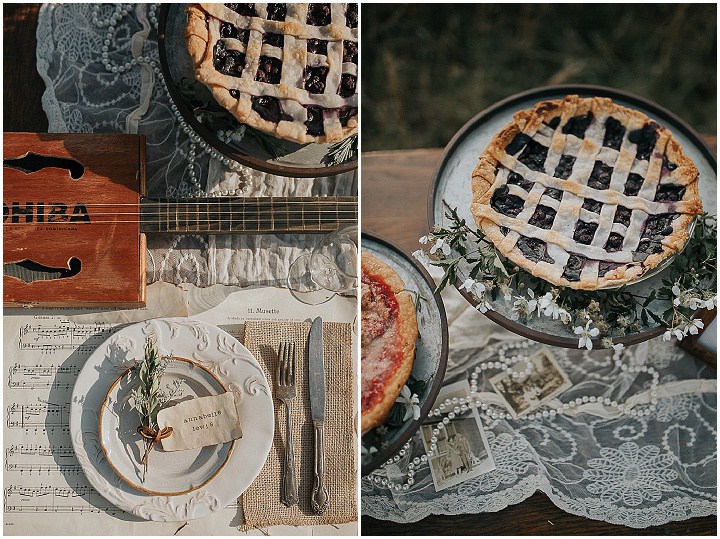 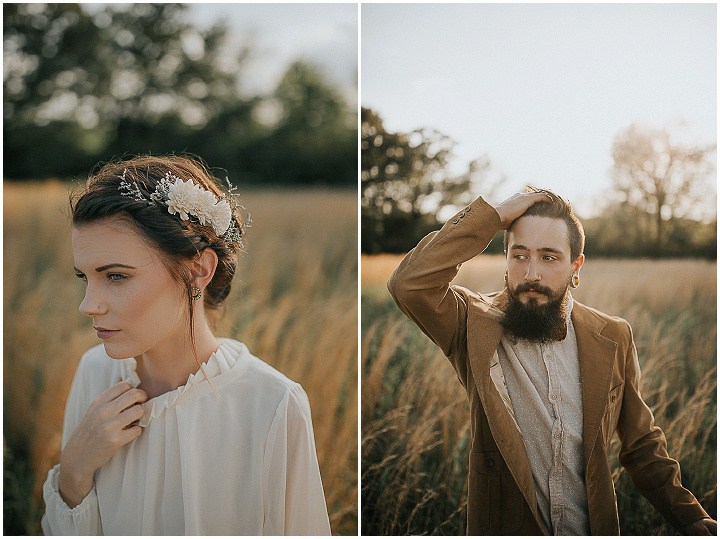 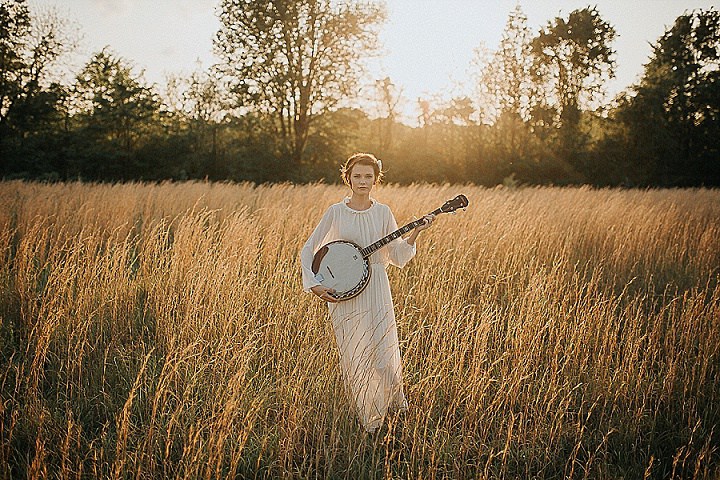 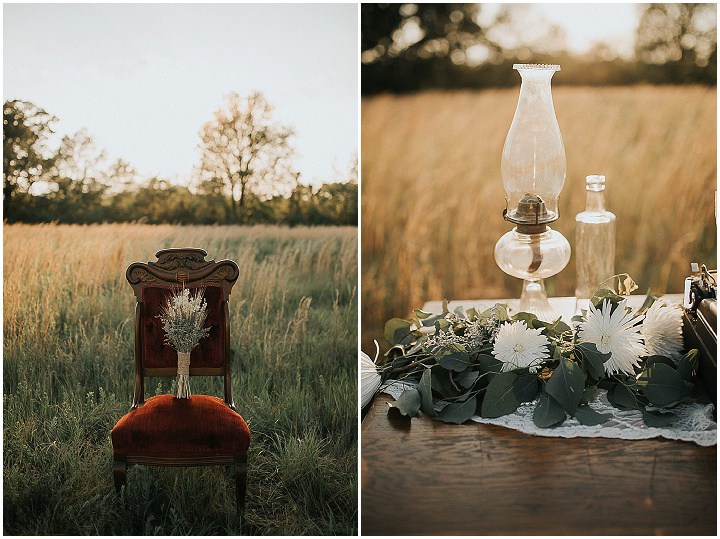 There were a lot of vintage touches in the shoot 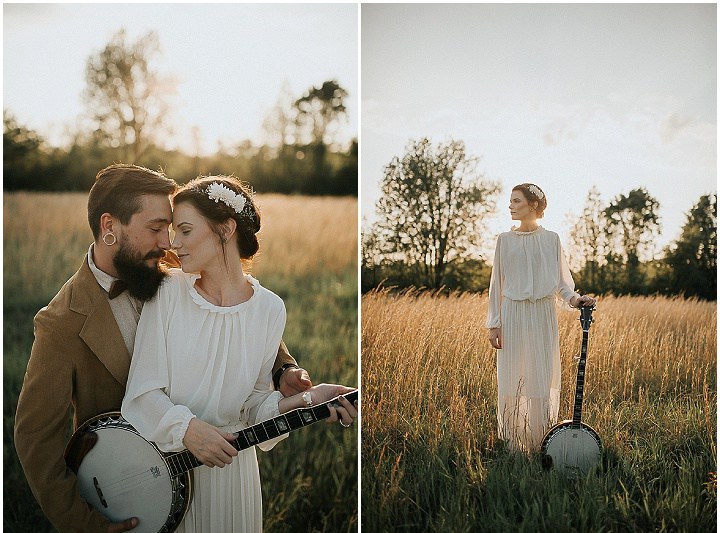 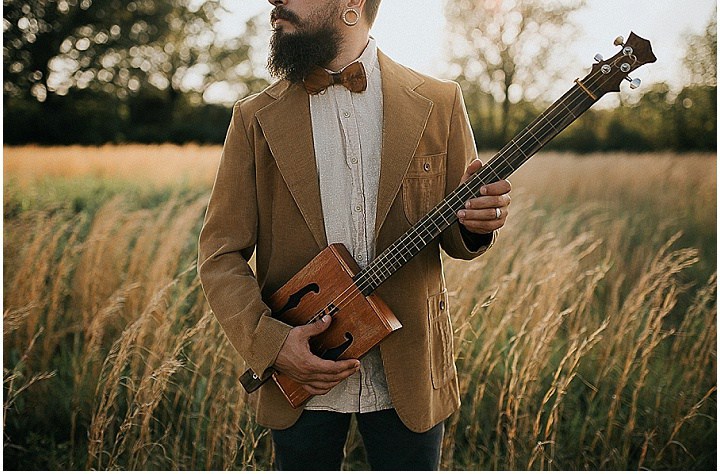 An ocher jacket looks contrasting with a modern styled beard 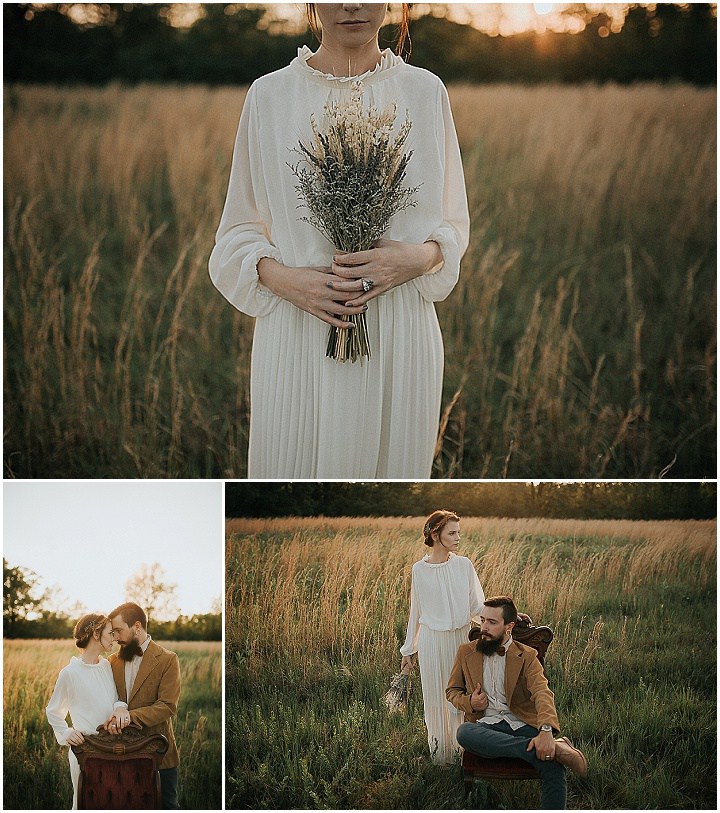 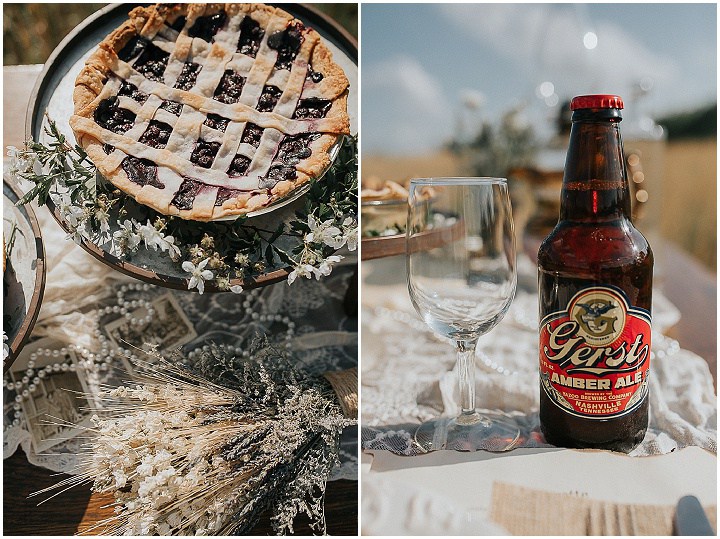 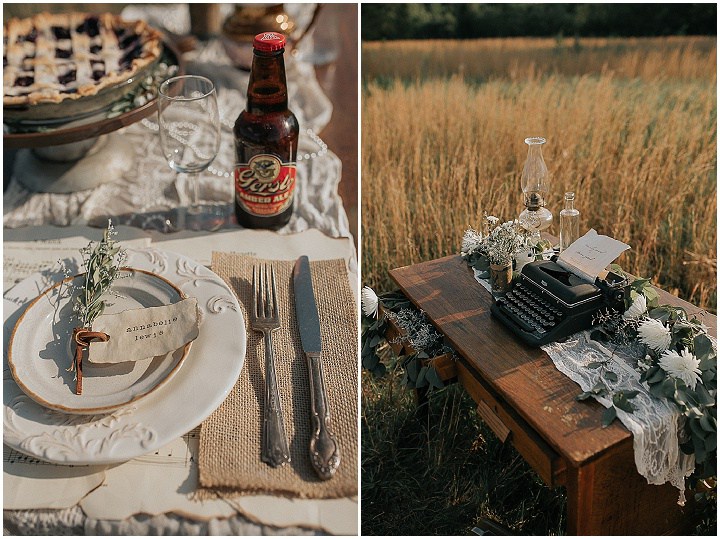 Get all the gorgeous details of the shoot 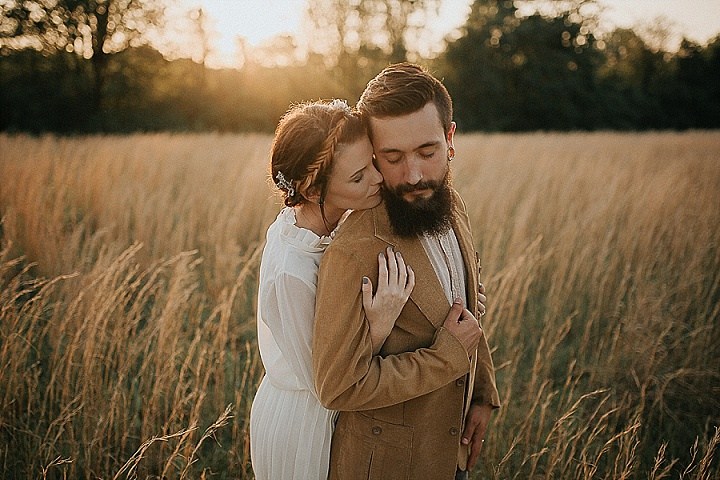