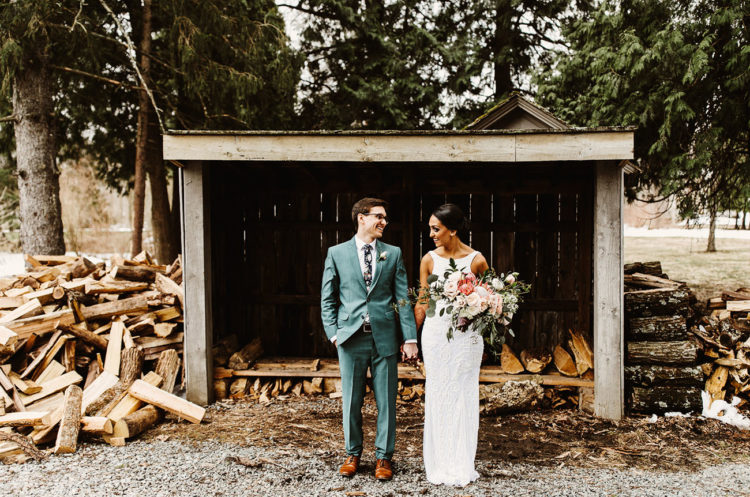 tuti + Danny’s multi-cultural wedding really reflected them and their love. Bringing two families together, Wile Events helped S+D incorporate her Indian heritage with one vibrant and seriously cool ceremony, and then switch things up to reflect Danny’s family and their traditions. The day was filled with tons of color, geometric details, a decorated horse, tons of food, henna, a farm-to-table reception dinner, and more!

The wedding party wore Indian clothes for the ceremony. Everyone switched over to relaxed American attire for the reception, where the bride wore a heavily beaded white wedding dress and the groom donned a non-traditional aqua green suit to pay homage to our personal style. they had an Indian buffet lunch after the ceremony and a plated farm-to-table American dinner at the reception.

For the venue they chose a rustic location, where they had a ton of greenery brought indoors interspersed with wild blush and neutral florals and succulents by Wile Events. They incorporated copper geometric accents to add an element of modernity.

Since the couple was finishing their last year of medical school at the time, hiring a wedding planner was not in the budget. However they saw this as an opportunity to DIY and put as much of their personalities into the day as they possibly could. For inspiration they looked to what brought them together as a couple: the outdoors, music, art, and craft beer! 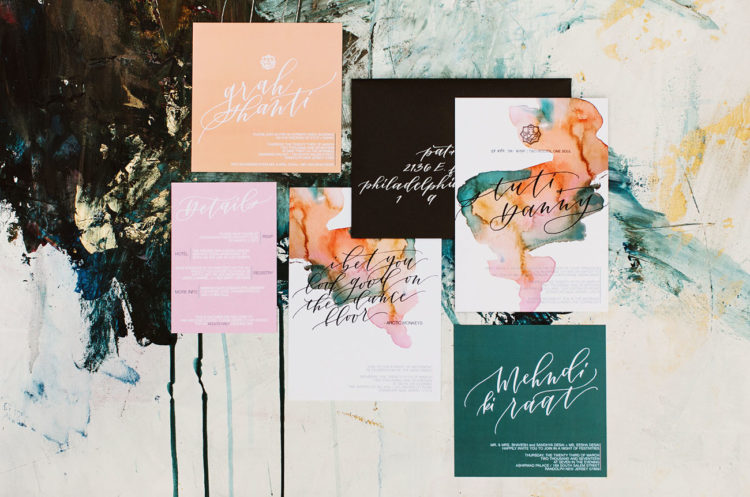 The wedding stationery was bold and colorful, with watercolour splashes 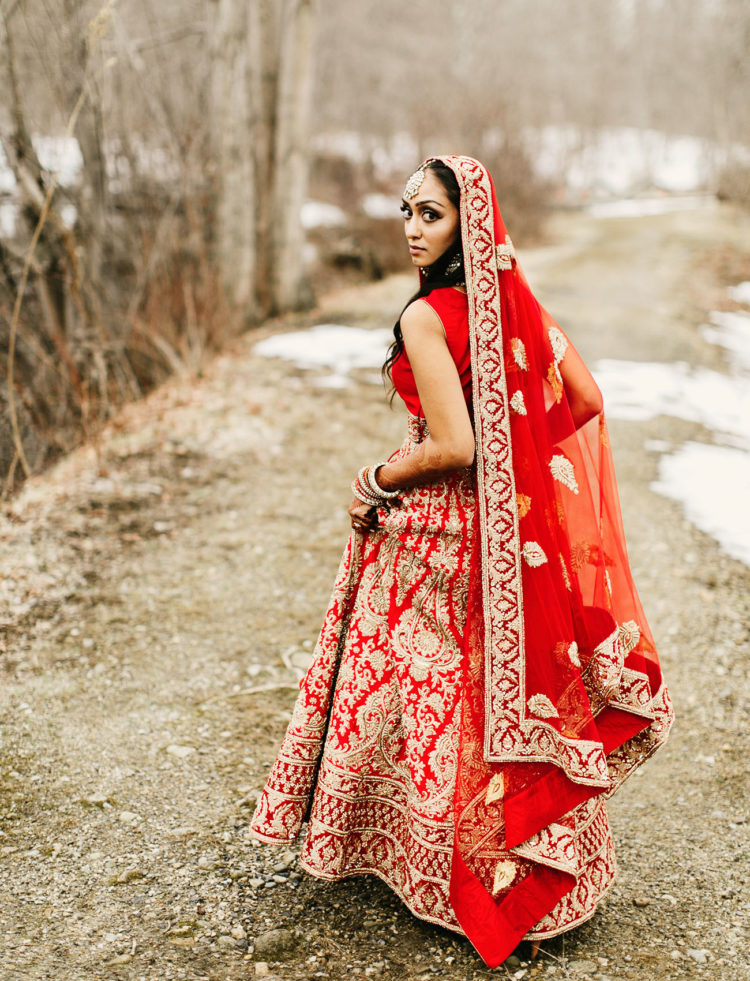 For the Indian ceremony the bride dressed up in her traditional clothes, and so did the groom and everyone who was present 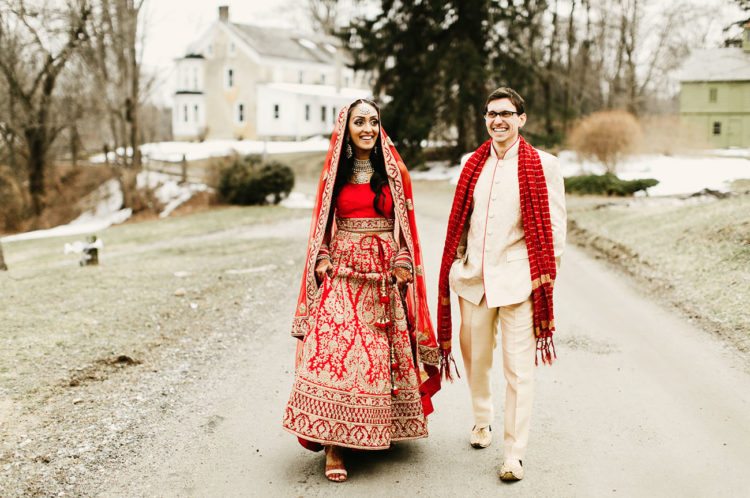 Look at these guys - aren't they awesome in these bold clothes 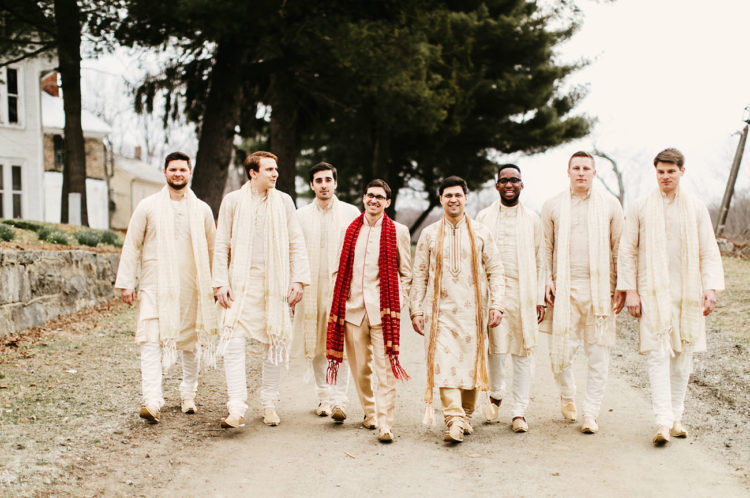 The whole groomsmen party went for Indian clothes, too 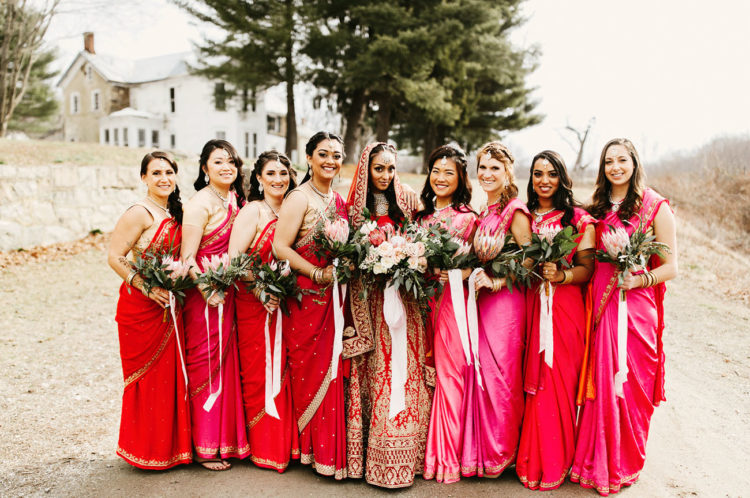 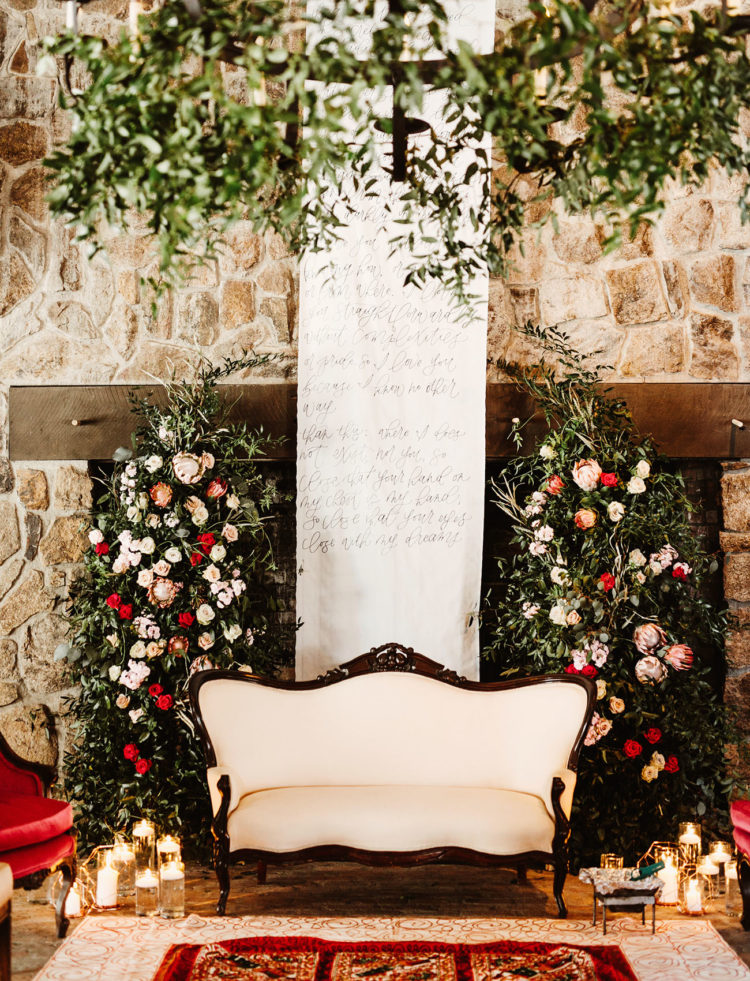 The ceremony space was beautifully decorated with lush blooms, calligraphy and candles 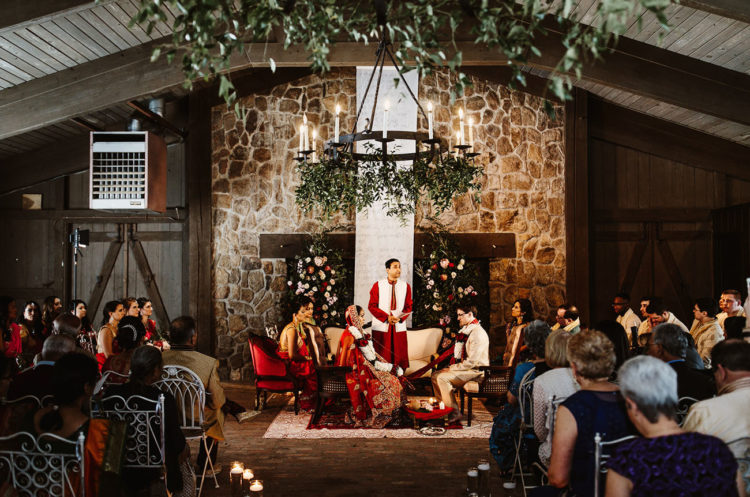 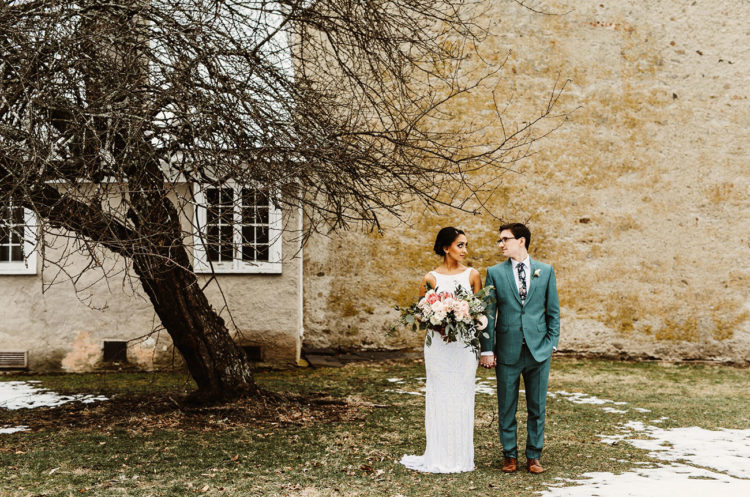 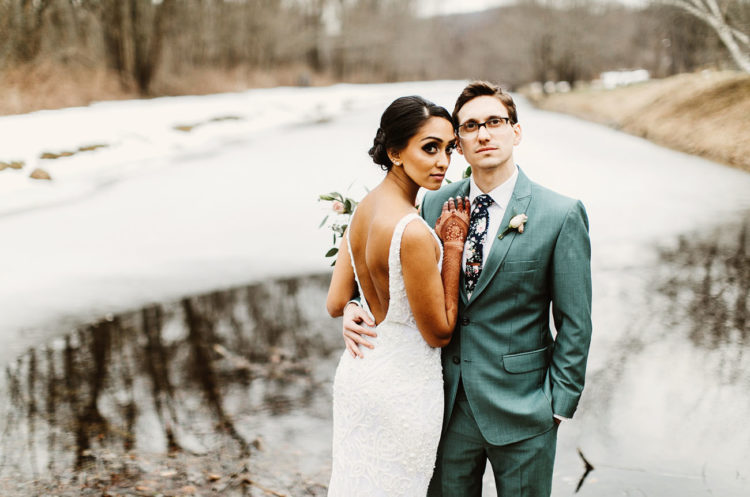 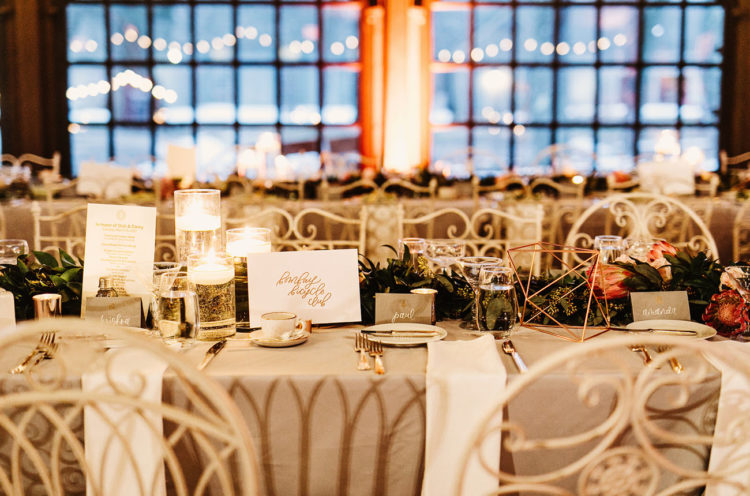 The reception was rustic, with candles, much greenery, geometric decorations and lights 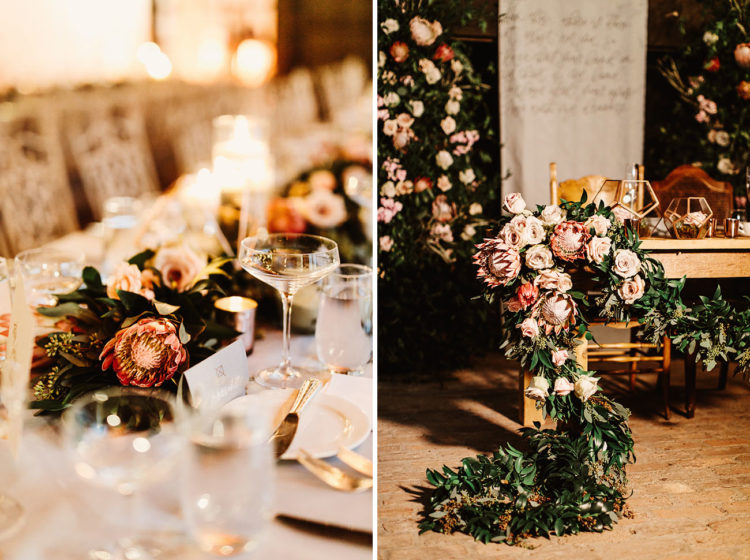 Proteas were chosen as main blooms for the reception, they are unique and very eye-catchy