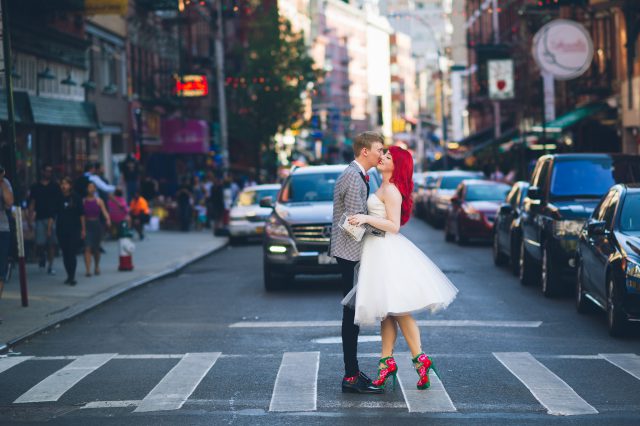 This couple was inspired by their love to travel and food, and their wedding reflected them very well

Jade and David were married in a New York bookshop. They themed their wedding around their love of travel, and on the tables were photo props for each of the cities they were named after, most of all they were inspired by New York because it was the first place they went on holiday together.

The bride wore a House of Mooshki short dress with the most incredible Charlotte Olympia shoes! I totally love her bold red hair, it reminds me of Ariel the mermaid! The groom was wearing black pants, a black and white gingham jacket and bold socks and a red bow tie.

After photos around Soho with their photographer, Sascha Reinking, the wedding itself was held at Housing Works Bookstore. The couples didn’t have many flowers, the groom’s mom bought them from a bodega on the day of the wedding and added them to a few vases for the tables. For decor they bought some photo props to theme the tables to each city (New York, Las Vegas, New Orleans, Dublin and Paris) and they also had a picture frame with the table name on one side and a picture of them eating food in that city on the other side because they are foodie people and it was reflected in décor.

The wedding cake was simple, one-tiered one, with a cool topper, nothing too much, everything was simple and cute here, and the ambience was homey and intimate. 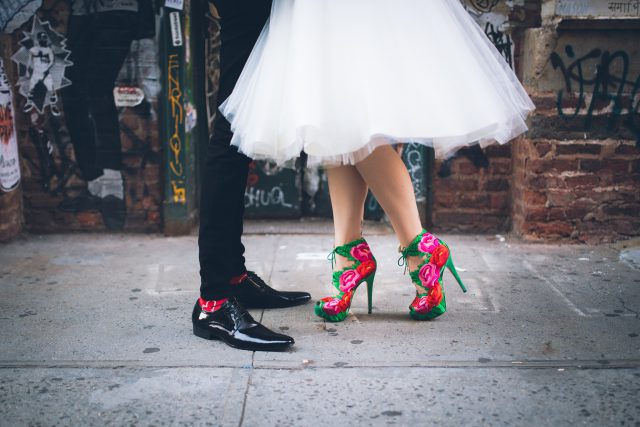 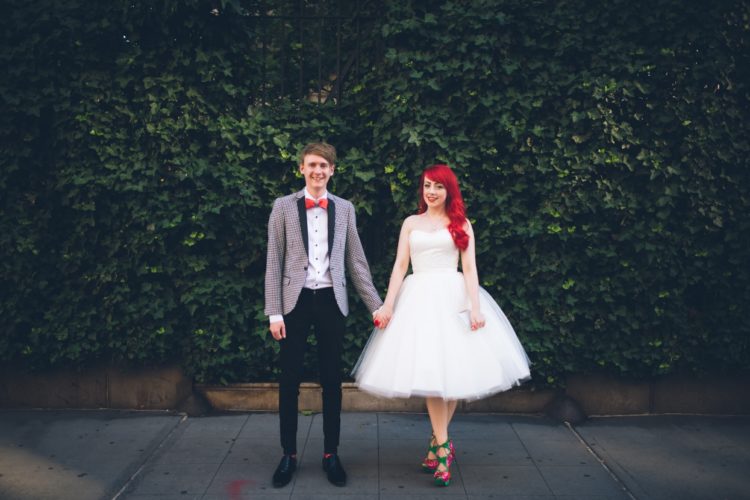 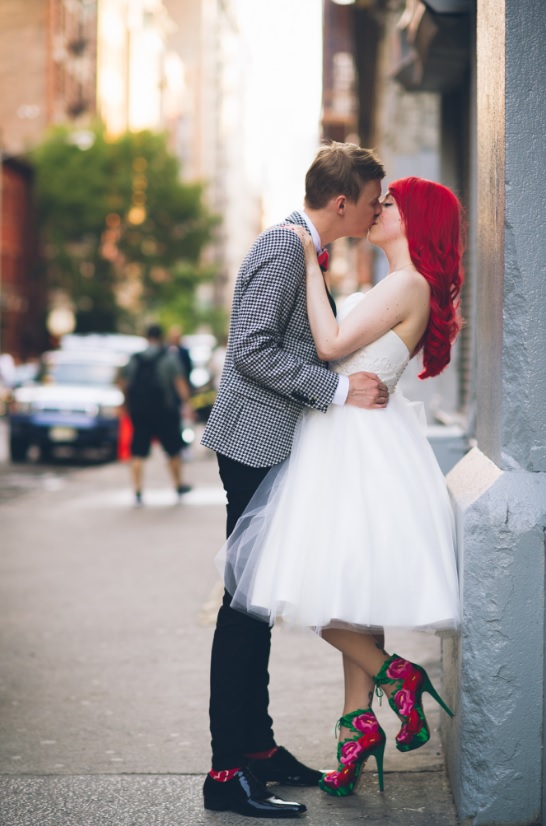 The groom was wearing black pants, a gingham jacket and bold socks and a bow tie 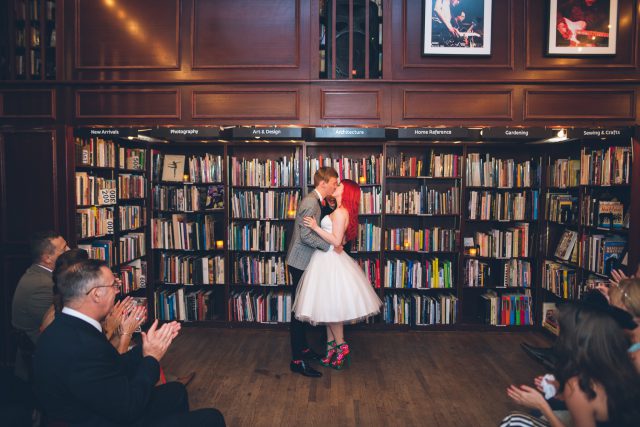 The ceremony took place at a book store in New York 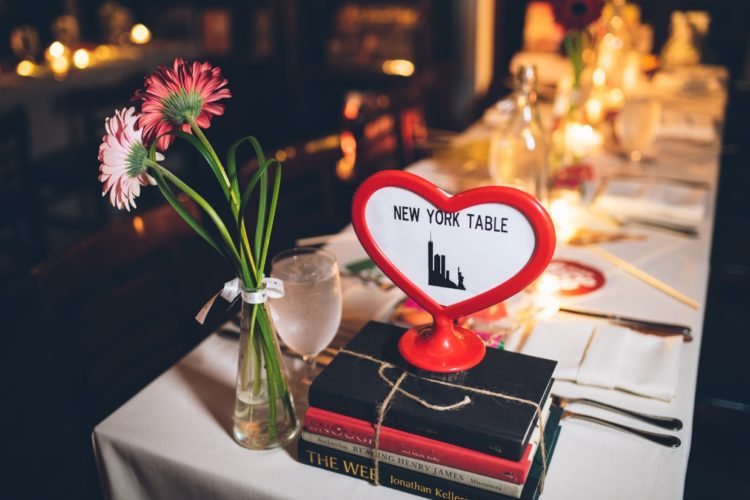 The tables were named after the cities where the couple was, New York was one of them 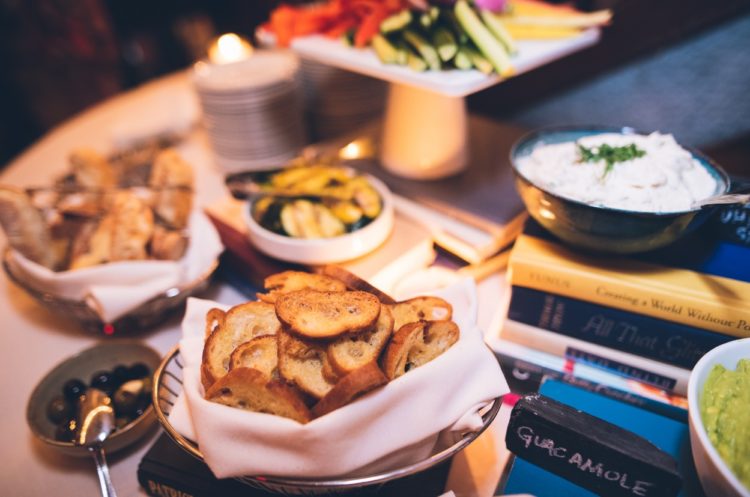 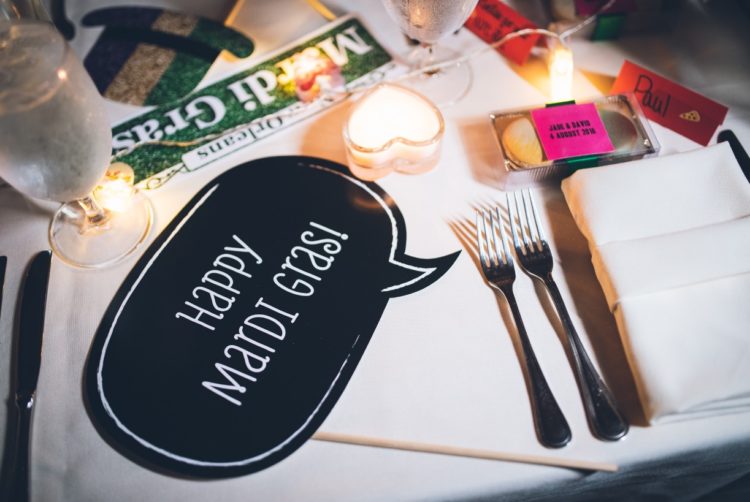 Props were used for decor, and there were few flowers because the couple isn't keen on them 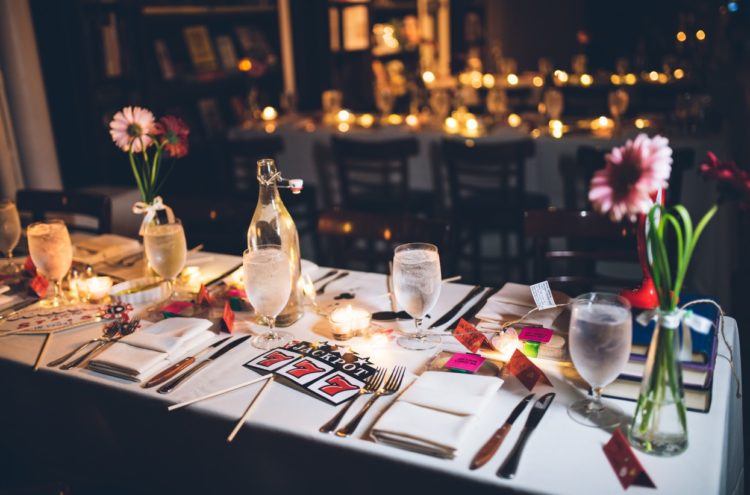 The simple decor made the celebration intimate and homey, which is so precious 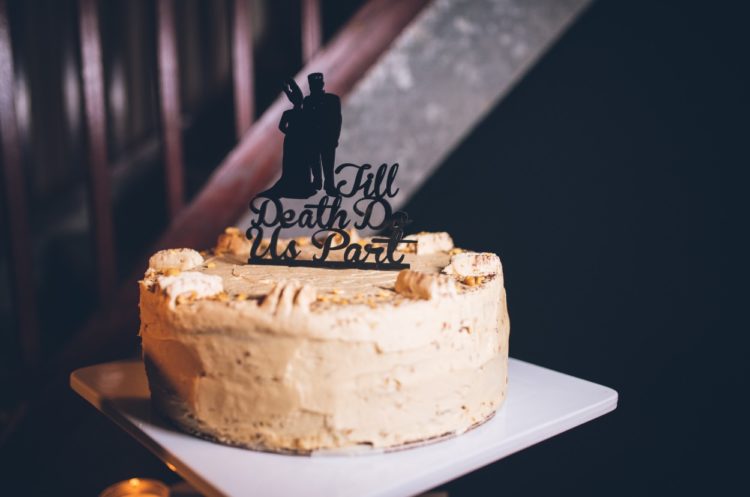 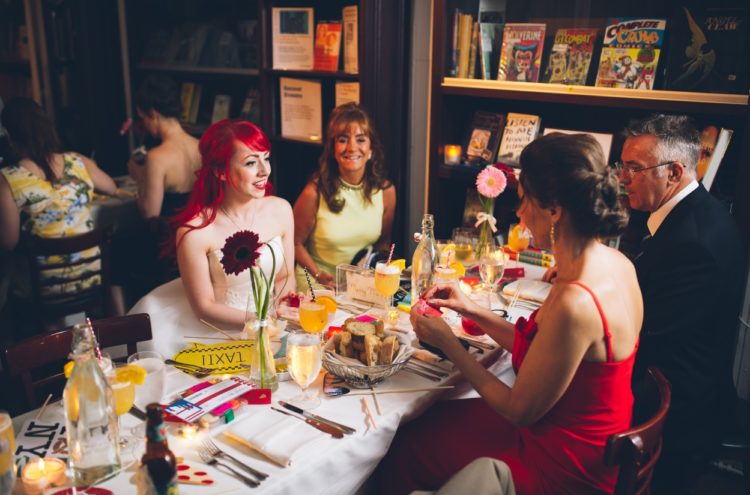