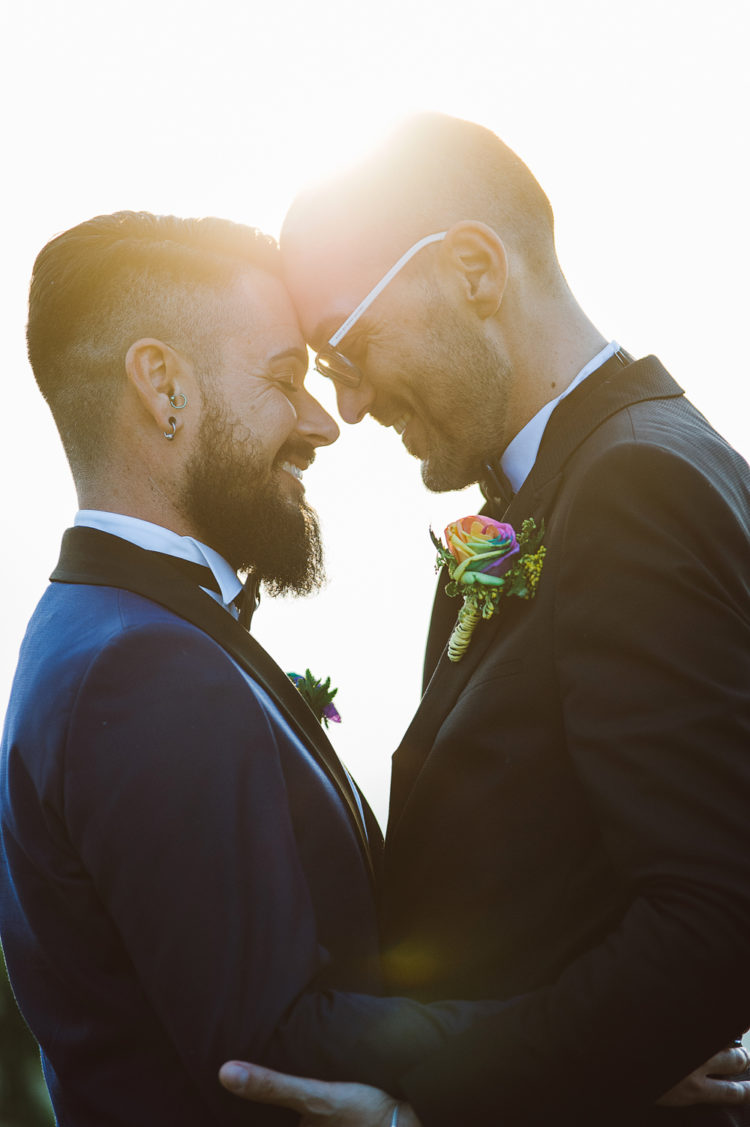 Patrizio and Roberto were inspired by Tim Burton for their wedding, which took place in Asti, north Italy. They took ideas from his films for the wedding decor including their table centerpieces, stationery design and the cake.

One groom was wearing a bold blue suit with black lapels and a black bow tie, the second groom chose a black tux look. Their ceremony took place at Asti City Hall with their reception being held at Relais La Corte, in the Asti hills. Outside by the pool they placed blue butterflies and on the guests book was the Halloween Town major (Nightmare before Christmas) telling the guests they’d only get a good farewell only if they left a message for the newly married couple. They had Beetlejuice offering some sugared almonds as favors.

They did all the decorations by themselves all following our Tim Burton theme. On their wedding invitations they placed Victor Van Dort (The Corpse Bride) proposing to Jack Skellington (Nightmare before Christmas). On their wedding bunting there is the white rabbit from Alice in Wonderland saying that he was late for the reception. On table chart they placed Absolem asking ‘Whoooo are yoooou?’”

Beetlejuice inspired the wedding menu too and the centerpieces were inspired by Sally’s jars she uses to prepare Victor Frankenstein’s soul and Alice’s bottles with tags saying ‘drink me’ on them. There were three wedding cakes served on stands of various height, and each them was totally styled for the wedding:  there were blue roses and a Frankenstein cake with Jack Skellington and Victor together. On the base of the centrepiece there was an LP with special characters as names cards. The couple also took inspiration from Mystery of Sleepy Hollow, Batman Returns, Sweeney Todd and Frankeweenie. 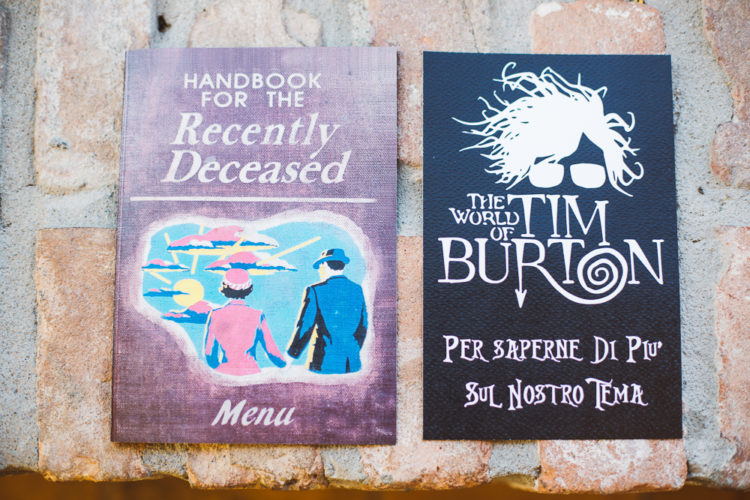 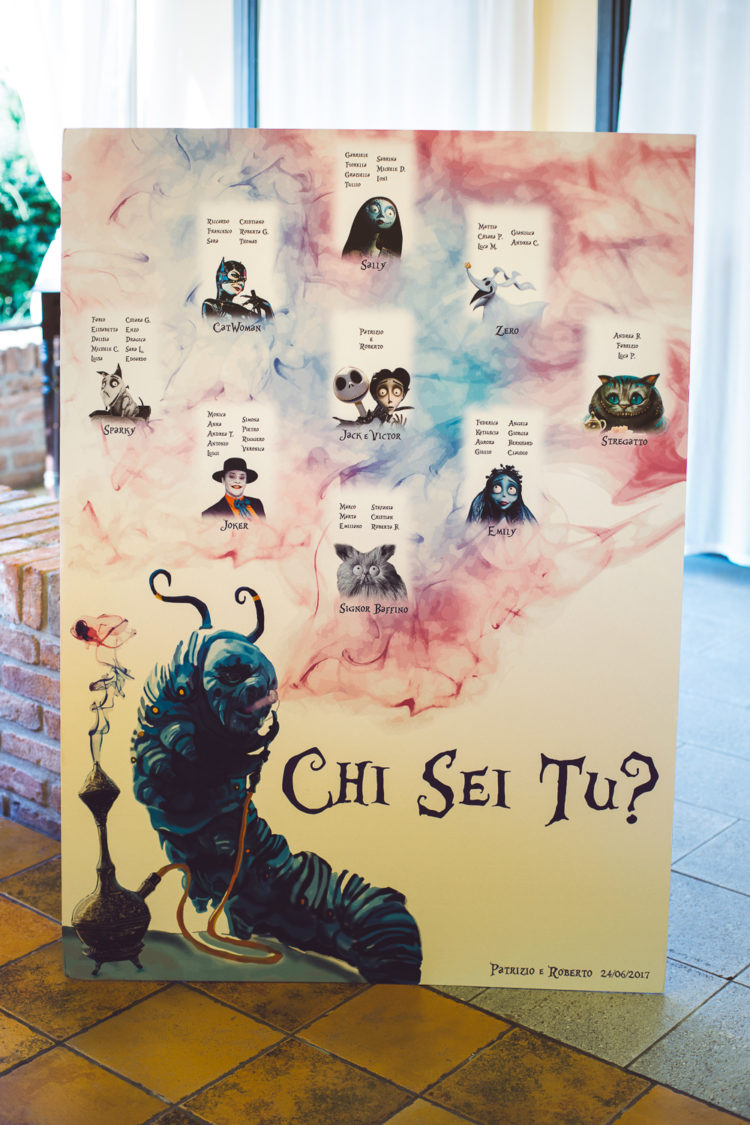 Look at this creative seating plan, everything was completely DIYed by the grooms 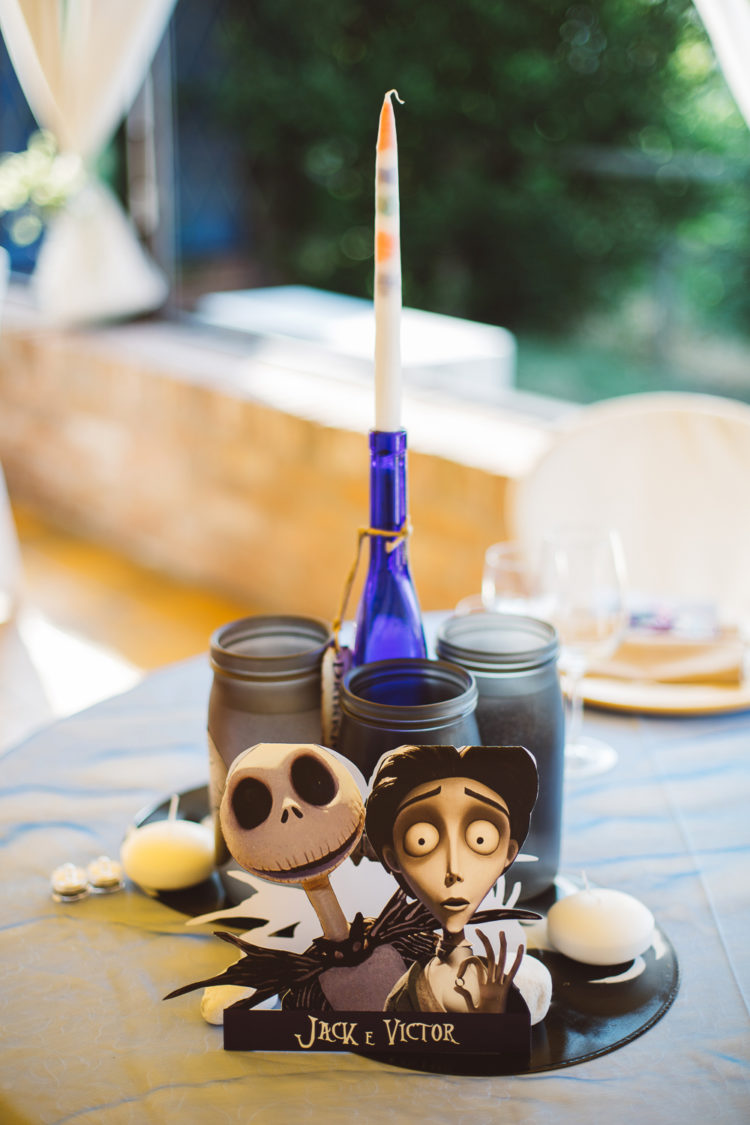 The centerpieces were made by them, too 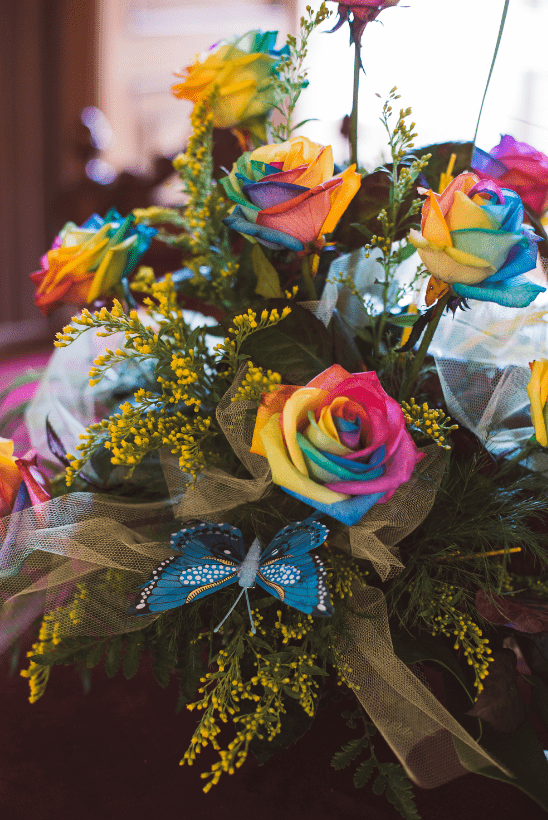 What a beautiful decoration of rainbow roses 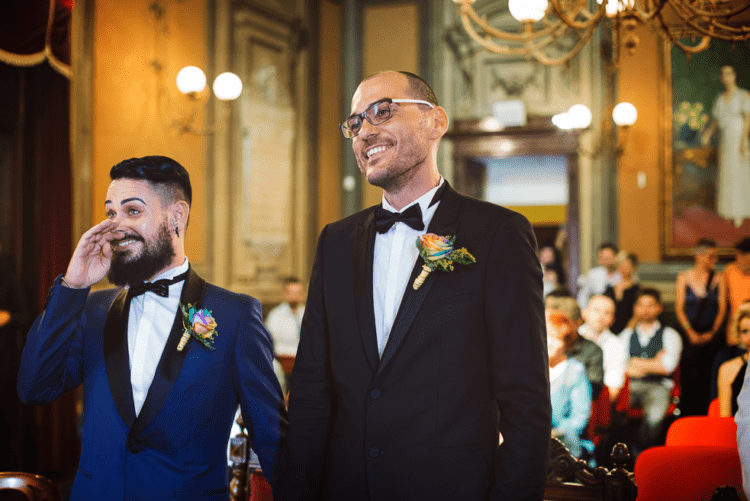 The couple got married in a city hall 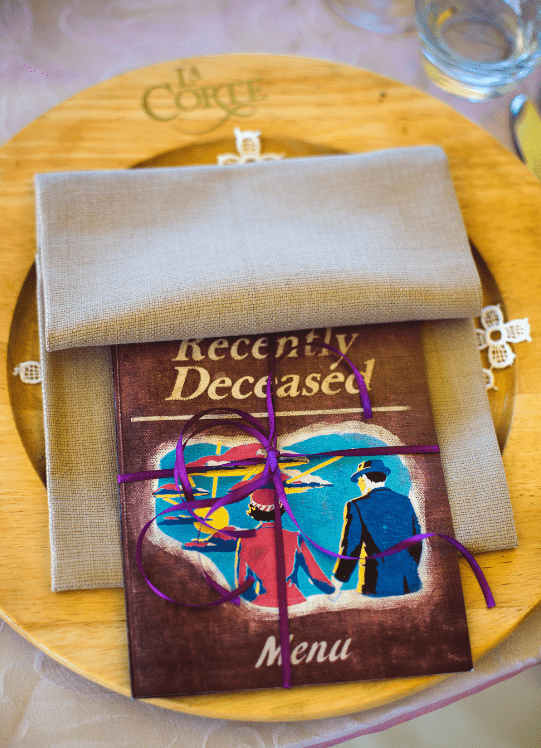 What a wonderfully colorful place setting, isn't it 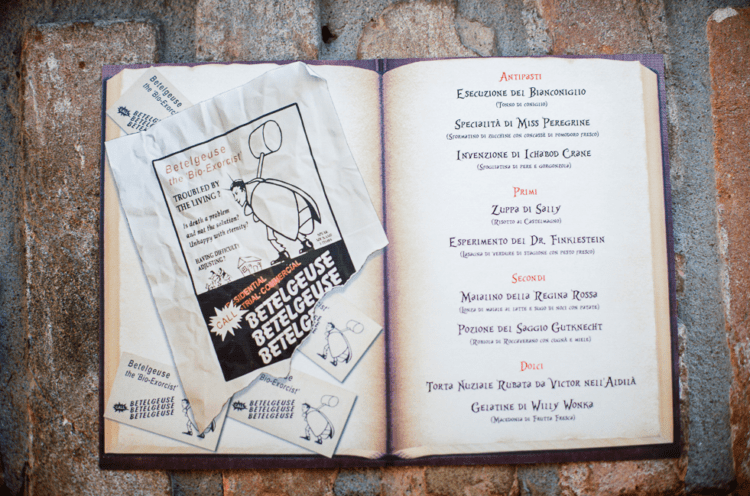 The menu was also done in a very creative way 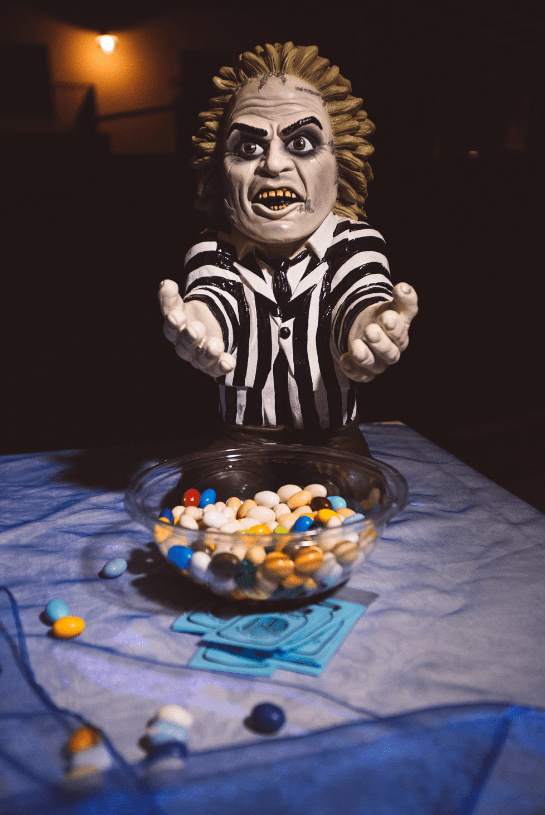 Beetlejuice was offering some candied almonds as wedding favors 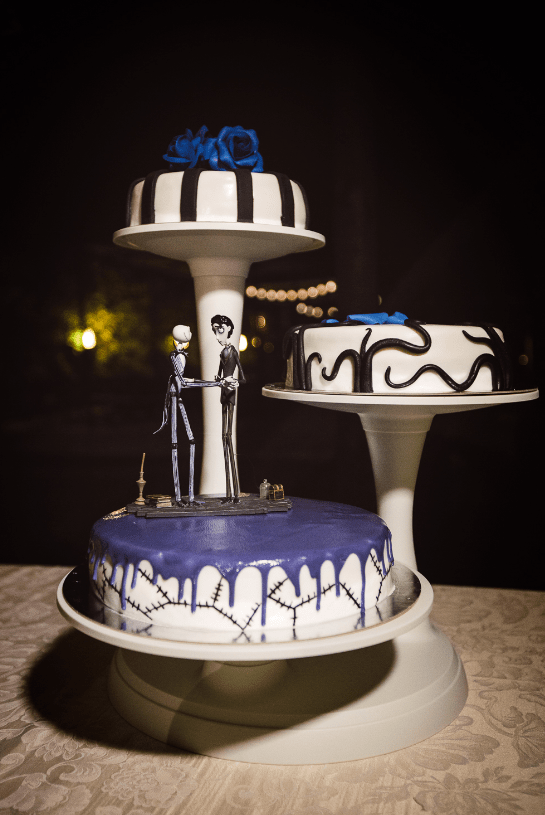