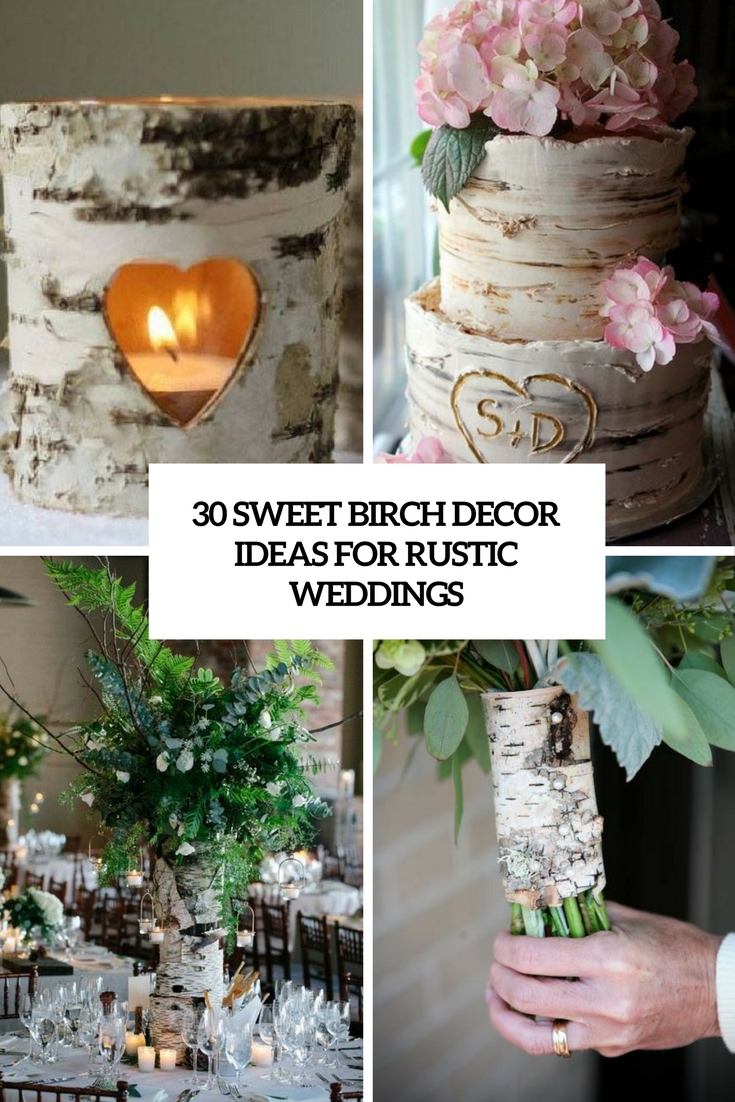 If you are planning a rustic ,woodland, boho or just a backyard wedding or just want to add some rustic touches to the décor, I have a brilliant idea for you – go for birch details! Birch is perhaps the most popular type of wood used at weddings due to its neutral color and lots of ways to use the soft bark, it looks very cute and chic and such decor matches any season. I’ve prepared a whole bunch of ideas to use birch bark, logs and branches at your wedding and to use and make items inspired by them. Wanna see? Let’s get started!

Whatever flowers you choose for your floral centerpiece, you can always make it a bit more rustic with birch bark: just wrap your vases with it, and voila! Another idea is to use birch branches for making a centerpiece: put them into a tall vase and then add blooms and greenery on top. You can also do the same without any vases but you still need to fasten the birch branches somehow, use wire or twine for that, make sure to secure them well. Good news is most of such simple rustic centerpieces are absolutely DIYable, so you won’t need to waste a lot of money – just make them yourself.

One more creative idea is making birch bark pockets and inserting blooms inside each one, such a combo looks unusual, the only tirck here is how to hide mini glass tubes inside the pockets, without them the flowers will wither. Birch logs, slices and branches can be used as candle holders – just cut out some space inside. If you want to make them super safe, put the birch candle holders into glasses because we all know that wood can heat and burn. 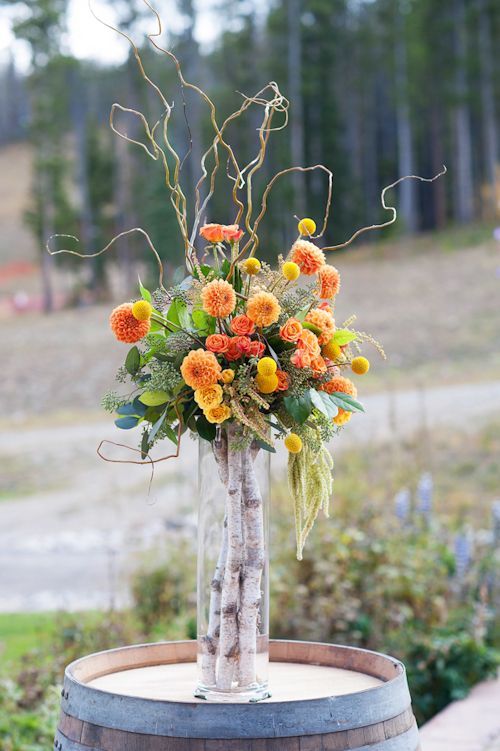 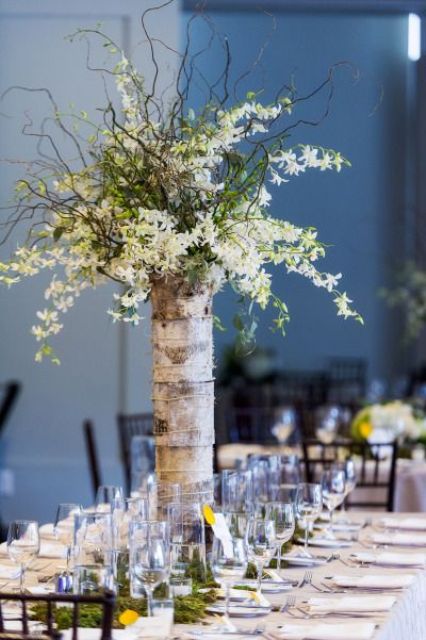 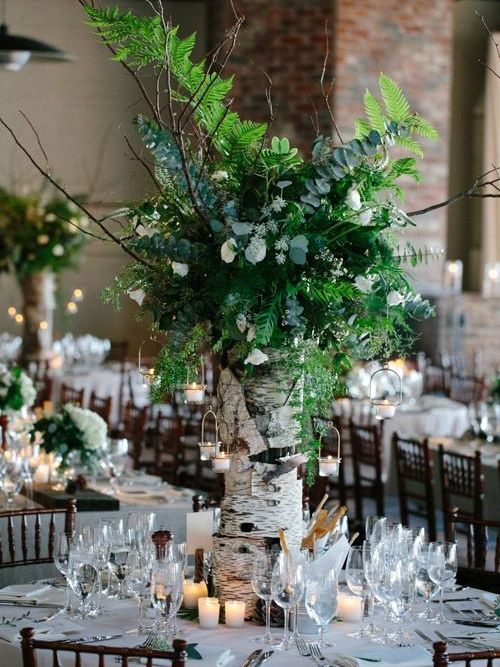 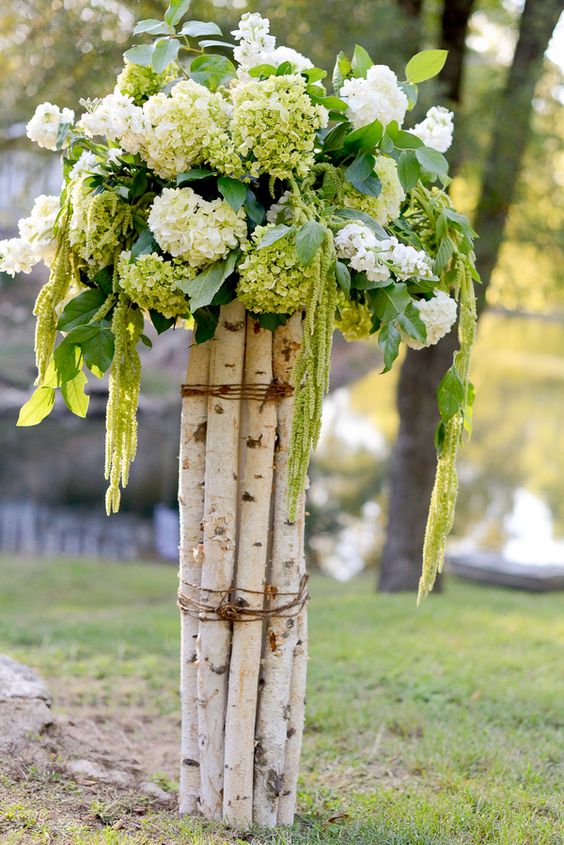 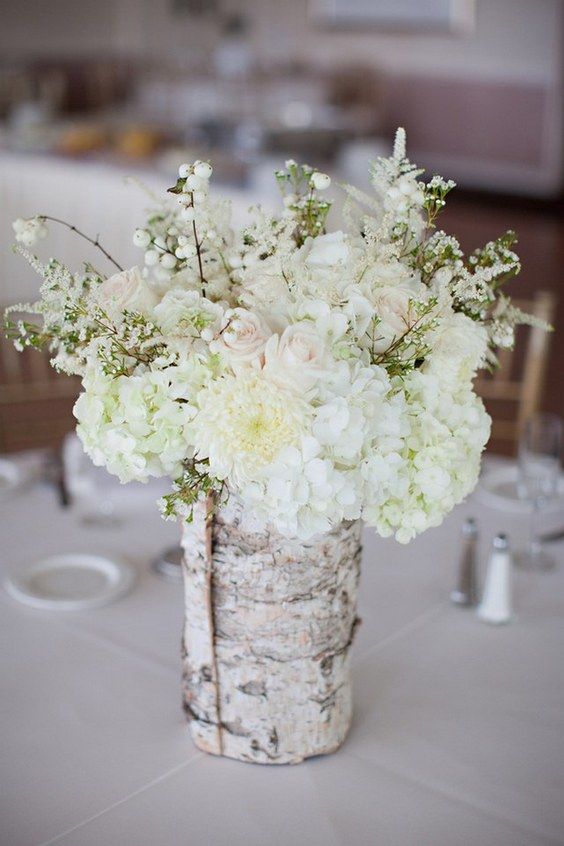 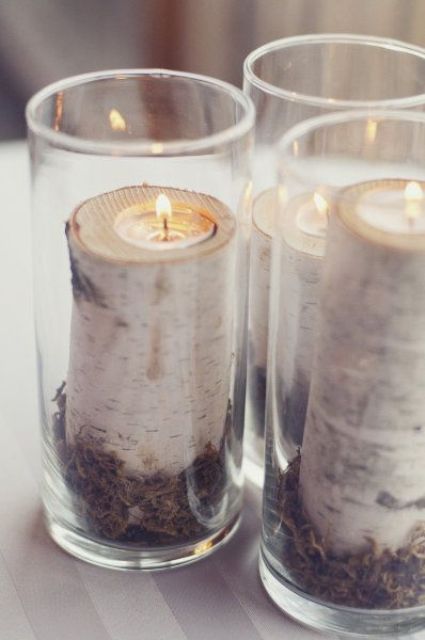 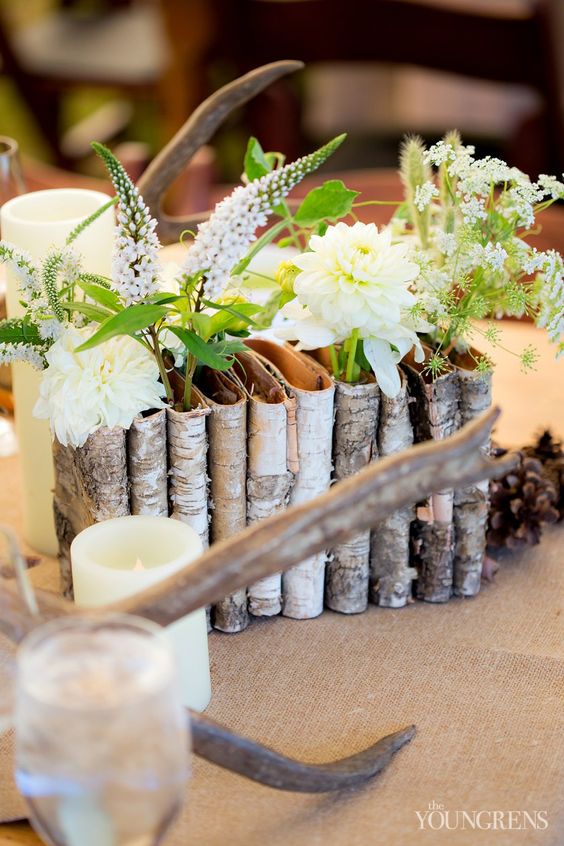 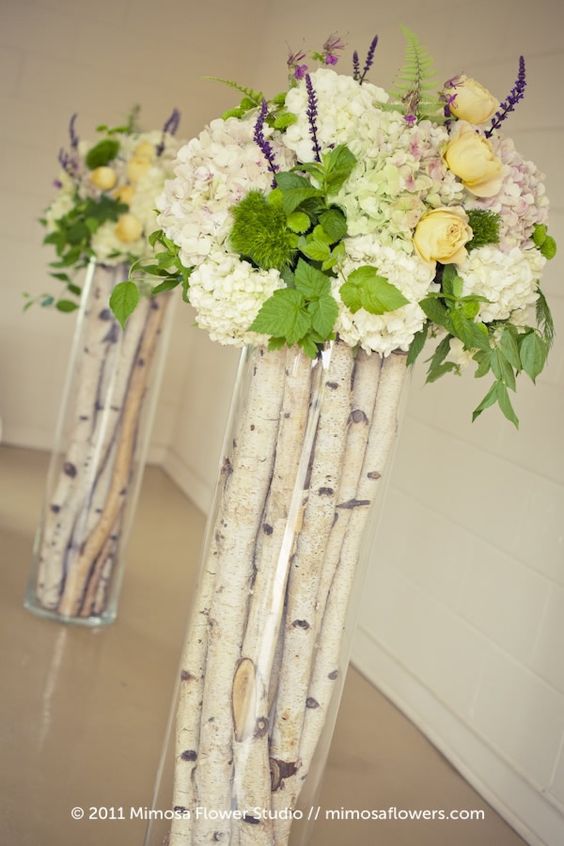 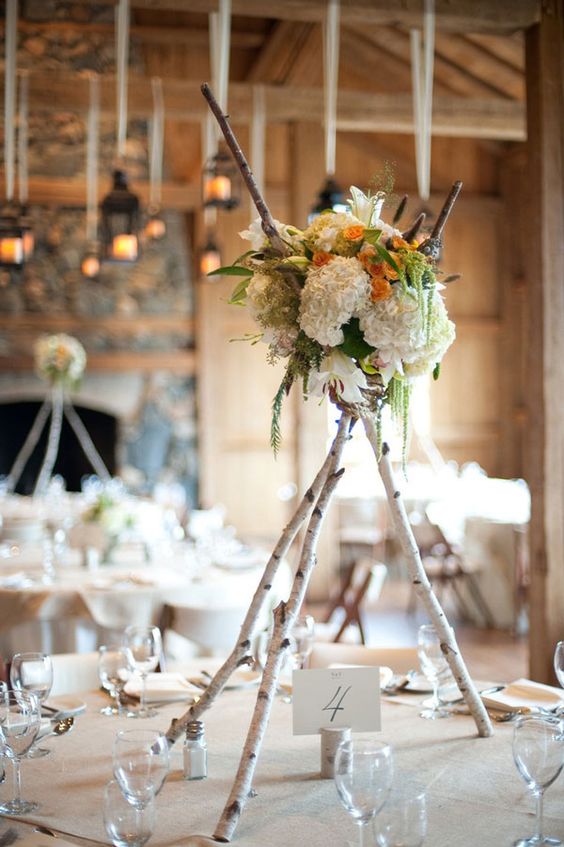 birch poles with a floral arrangement on top 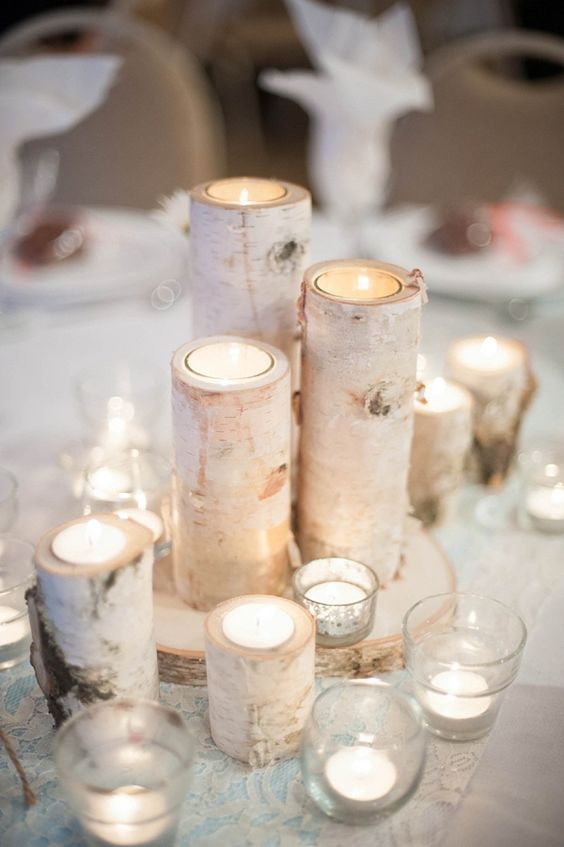 birch branches for holding candles and a cool wedding centerpiece 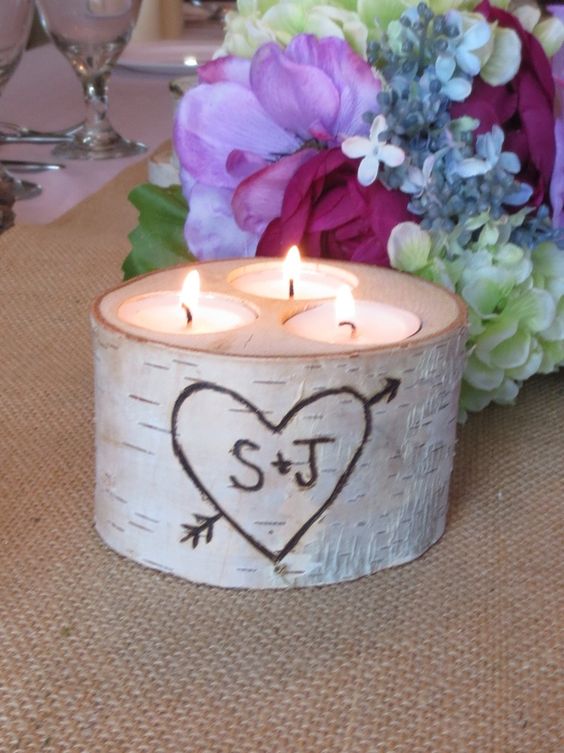 a birch bark log with candles for table decor 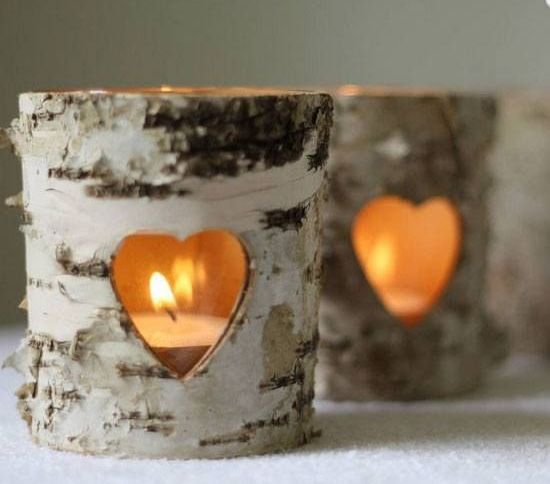 birch logs used for centerpieces and as candle holders

Birch bark can be used in many other ways, for example, you can cover your wedding ring box with it and put moss inside, or use a birch slice instead of a box. Make napkin rings and bouquets wraps of birch bark and add pearl pins for an elegant touch. Create a wedding altar of birch logs covered with moss and holding candles, and cover the lamps with birch bark. Opt for wedding invitations styled as birch bark or actually made of it and add twine and green leaves for a wow effect. 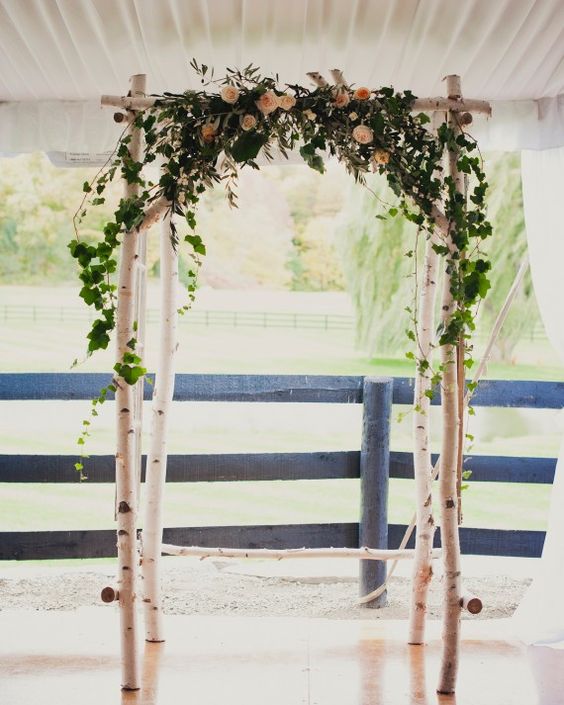 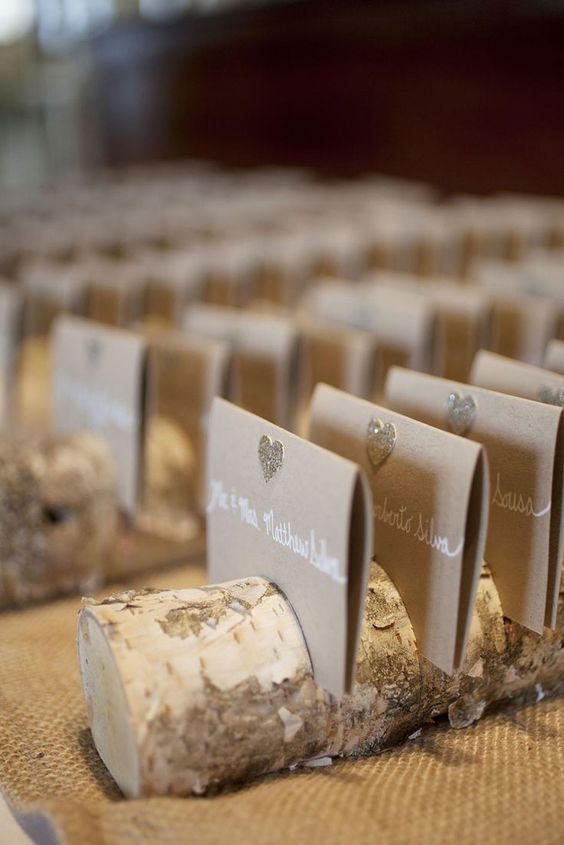 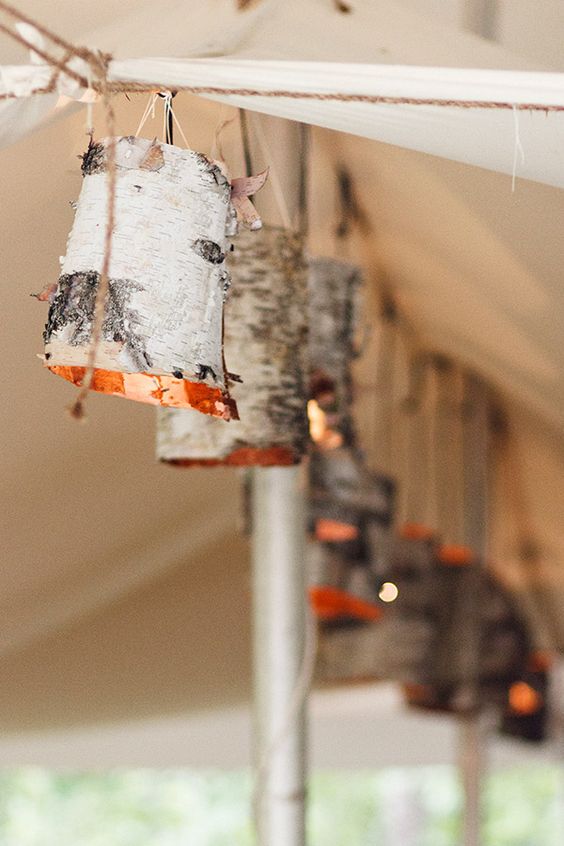 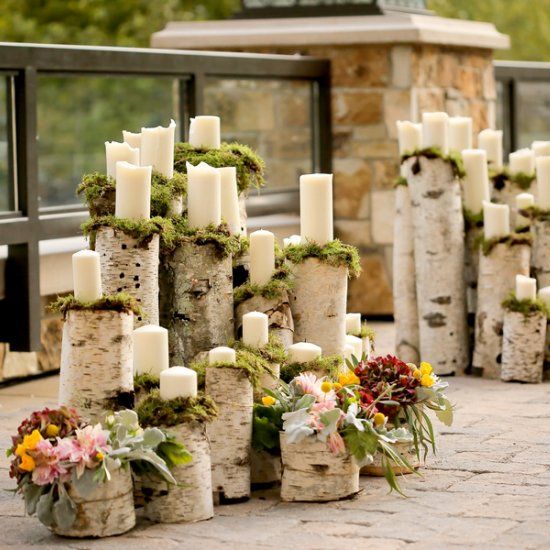 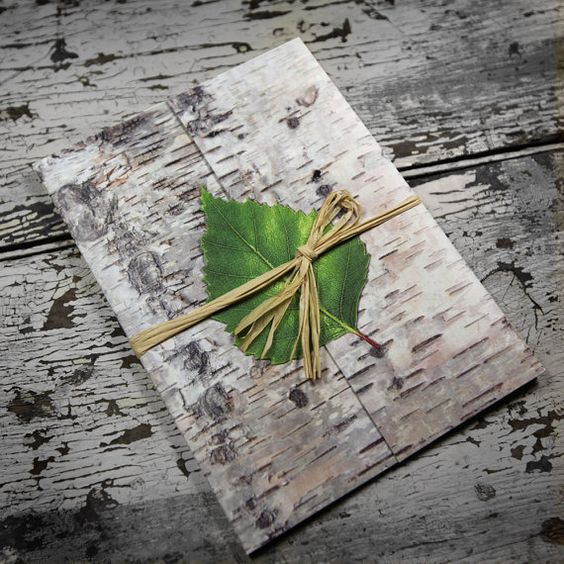 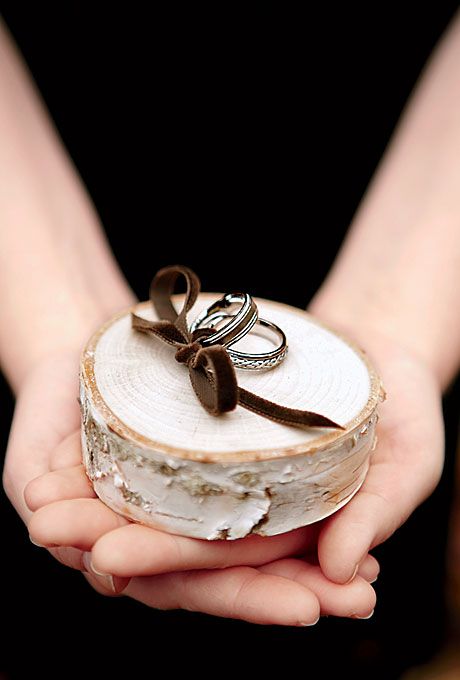 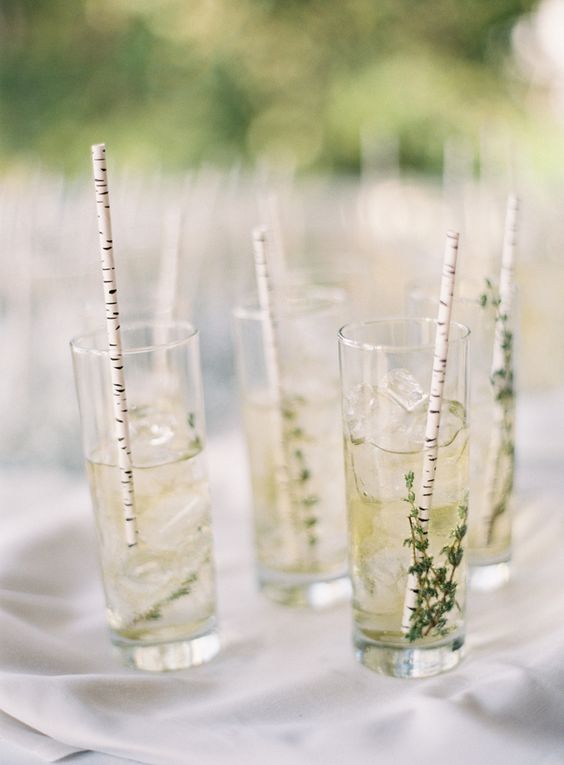 birch bark paper straws for cocktails at a rustic wedding 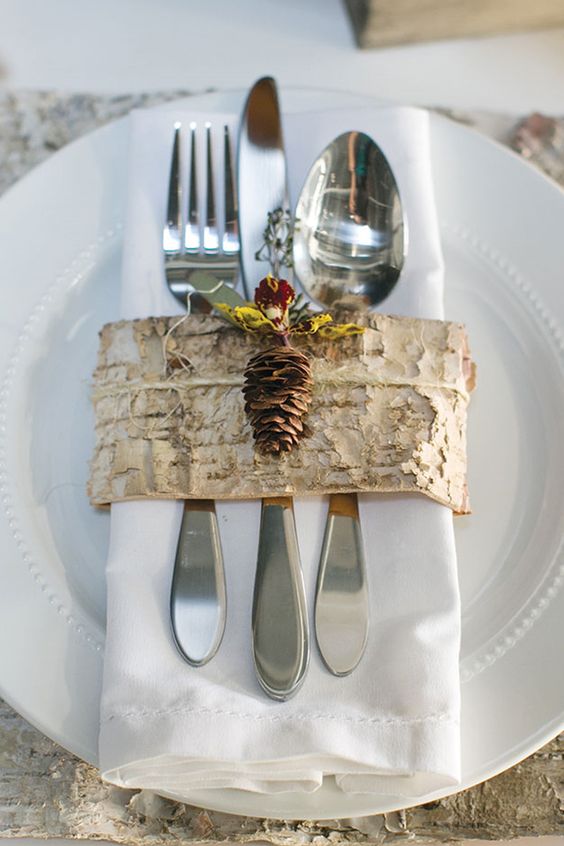 birch bark strips instead of utensils and napkin rings 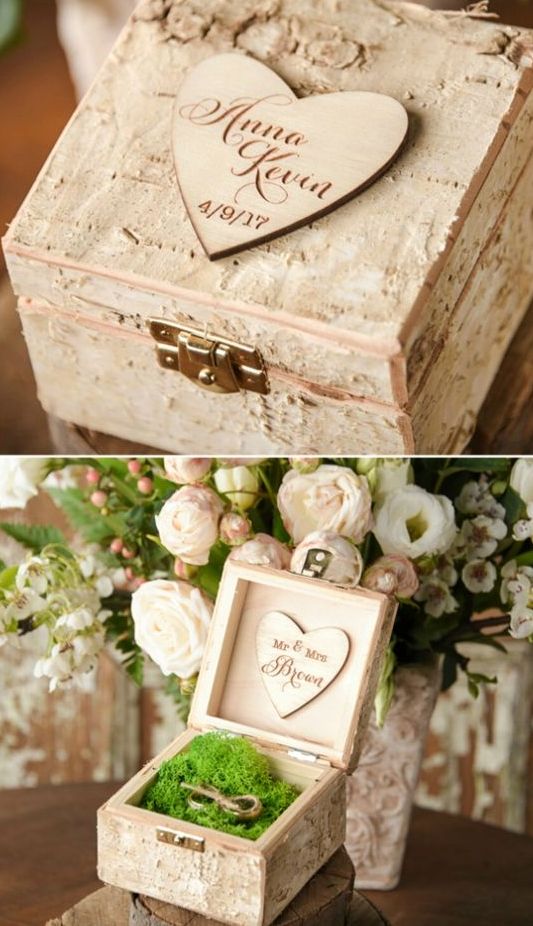 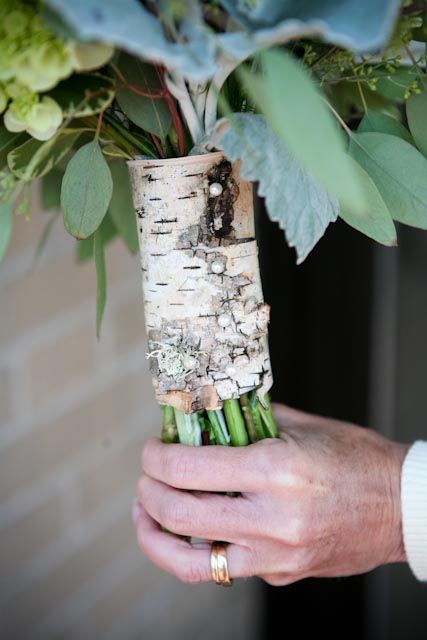 Your wedding cake can be also inspired by birch bark, they look so cute and unusual! Ask your confectioner to add your initials ‘carved’ on your cake for a super cute look. Top such a cake with blooms, edible birds, nests, berries and stuff like that to achieve that rustic feel on your dessert table. Make corresponding cupcakes and cookies and voila! 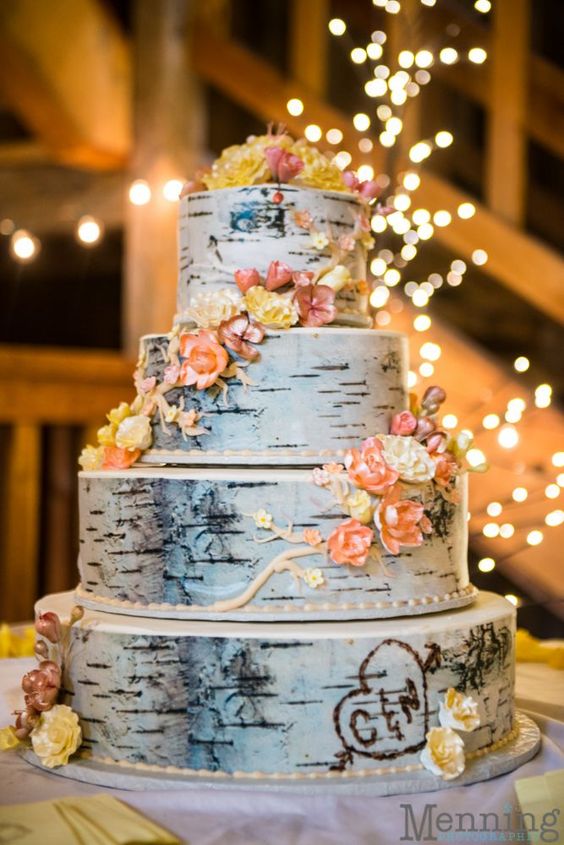 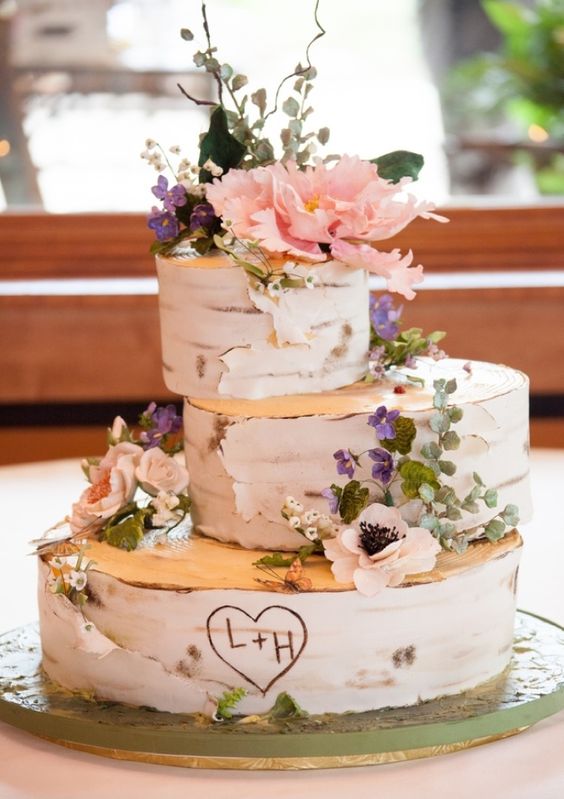 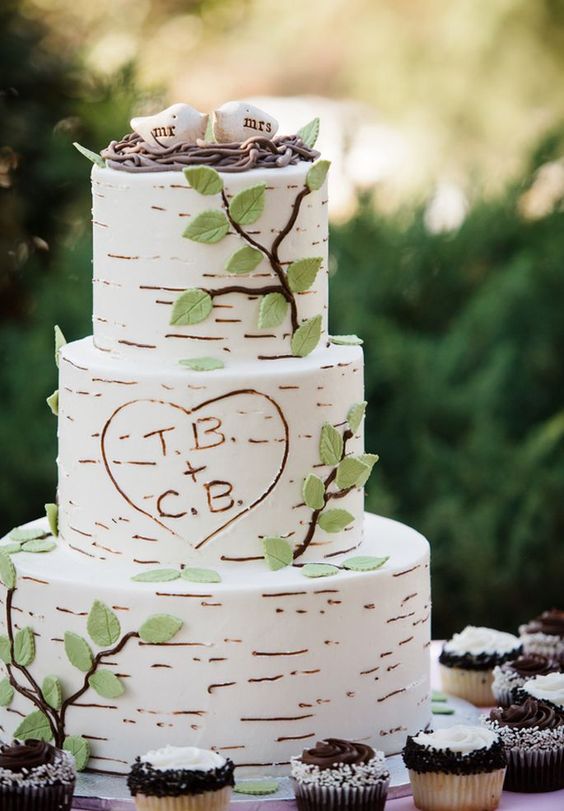 birch-inspired wedding cake with a bird topped and green leaves 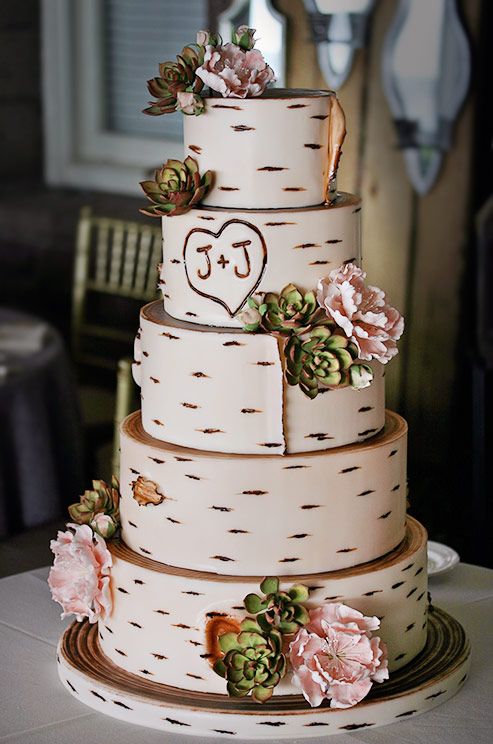 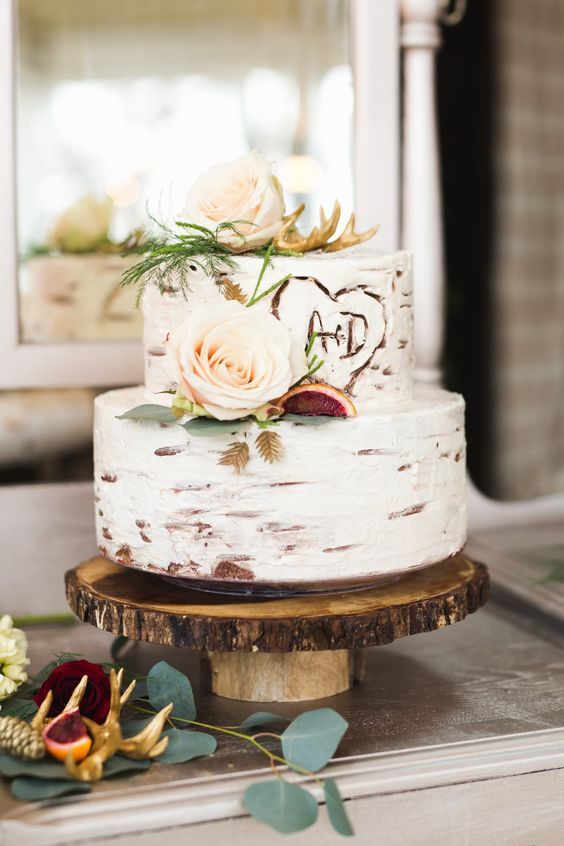