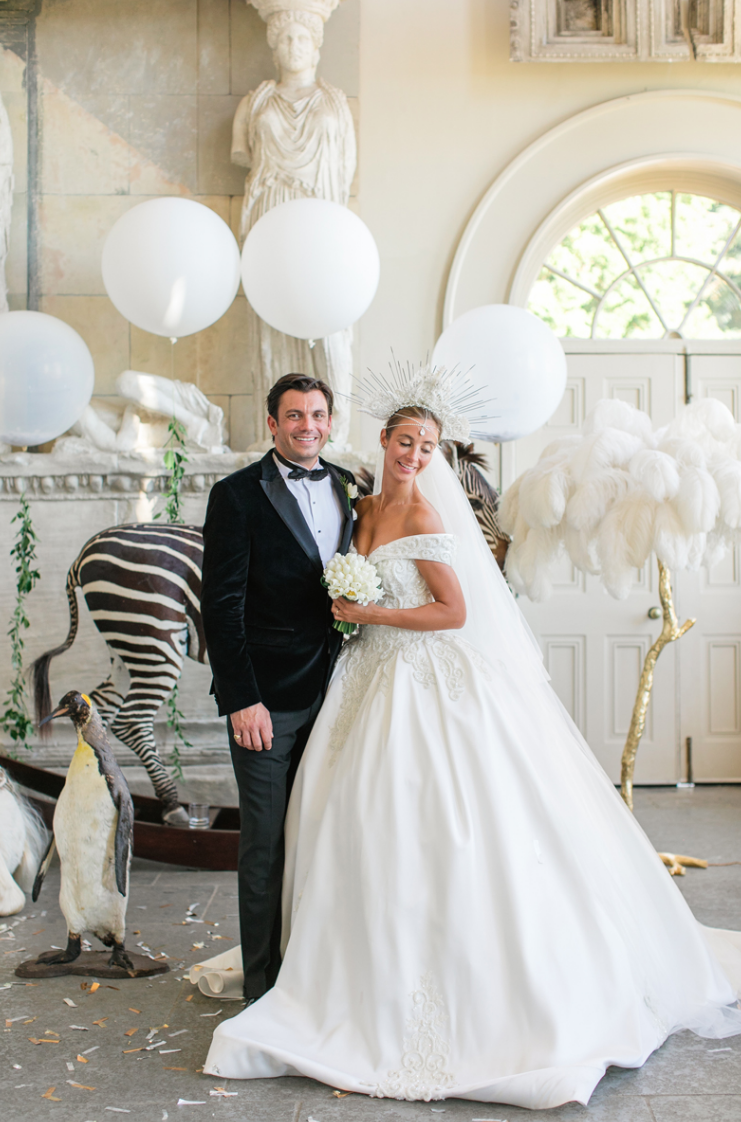 Melissa and Luke got legally married at a London register office, then flew to Burning Man for a second ceremony and finally they planned an epic three-day wedding celebration on the groom’s birthday at the incredible Aynhoe Park!

They chose Aynhoe Park for its take-your-breath-away effect and fantastical interior, which includes Murano chandeliers and a very impressive collection of taxidermy (including a unicorn!). After two nights here they continued the celebrations at Soho Farmhouse for a weekend of rest and relaxation, and to tie in to their first meeting at another Soho House property. Although surrealistic, the setting was also surrounded by nature, and the decorations were very evergreen and natural.

The wedding was black tie but with limitless color everywhere else, the couple suggested that the guests wore feathers, headpieces and glitz – the bigger the better! Luke’s mother wore a self-designed hat made of childhood pictures of the couple both and the bride’s mother wore a feathered black nest with two storks sitting on top to encourage the birth of a grandchild. Melissa’s wore two gowns, both made for her by a local tailor in Istanbul. Her main dress weighed nearly 40lb so she also designed a slinkier, more comfortable dress to change into for the reception and party! Her headpiece was also a one-of-a-kind creation made by a friend. In keeping with the eccentricity and surrealist feel, the bridesmaids chose their own outfits in various shades of green (the bride’s favorite color). 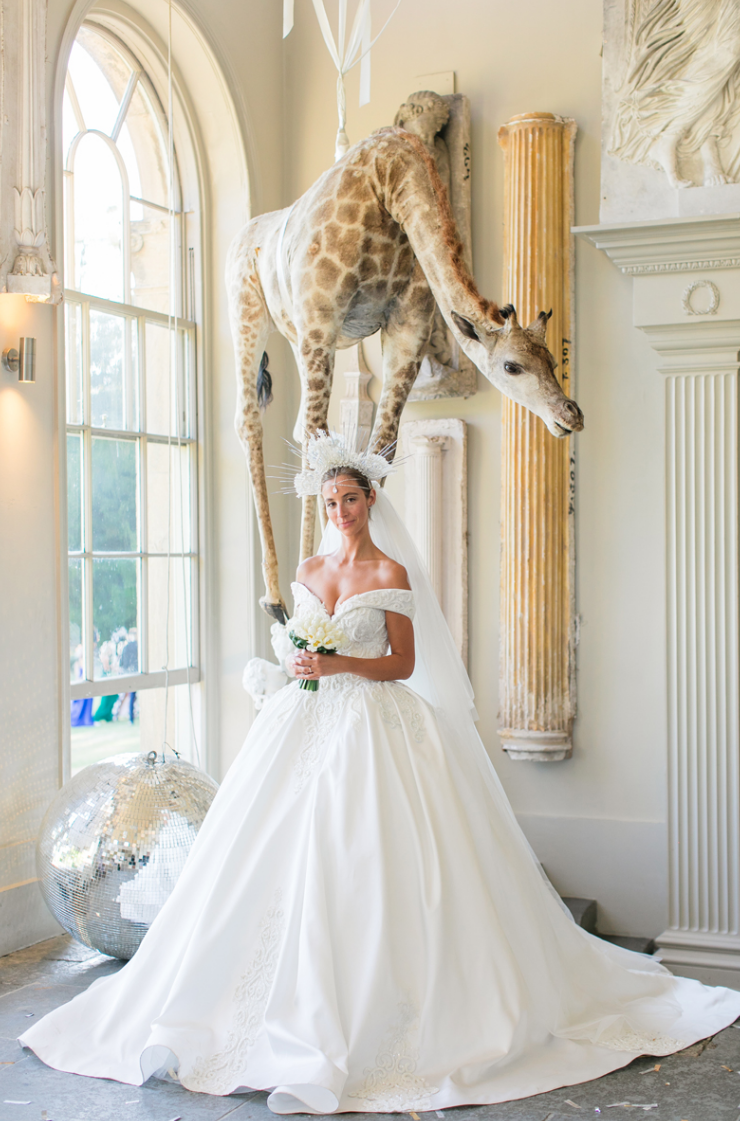 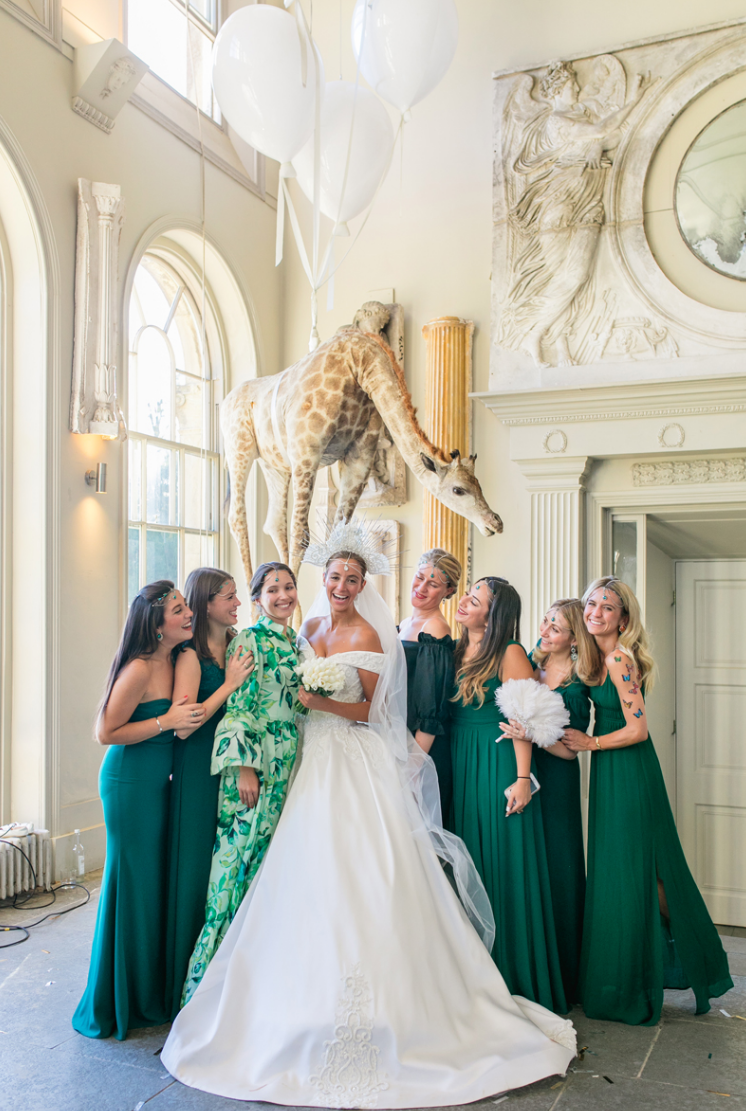 The bridesmaids were wearing mismatching dresses in all shades of green 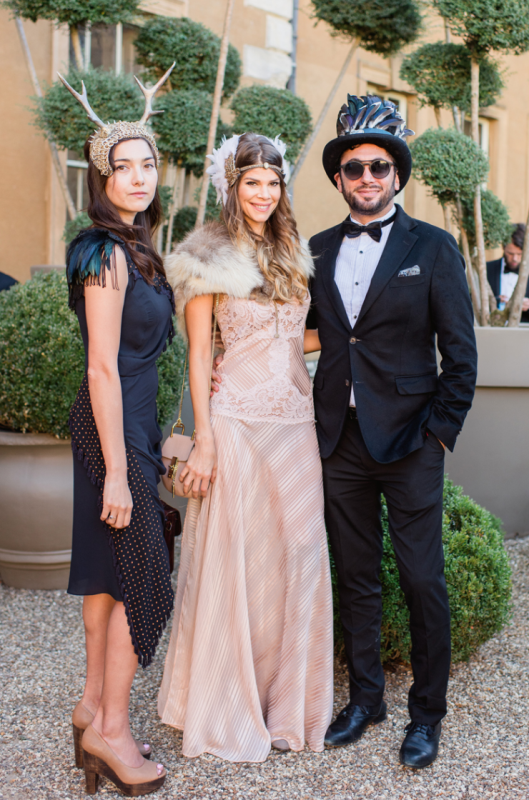 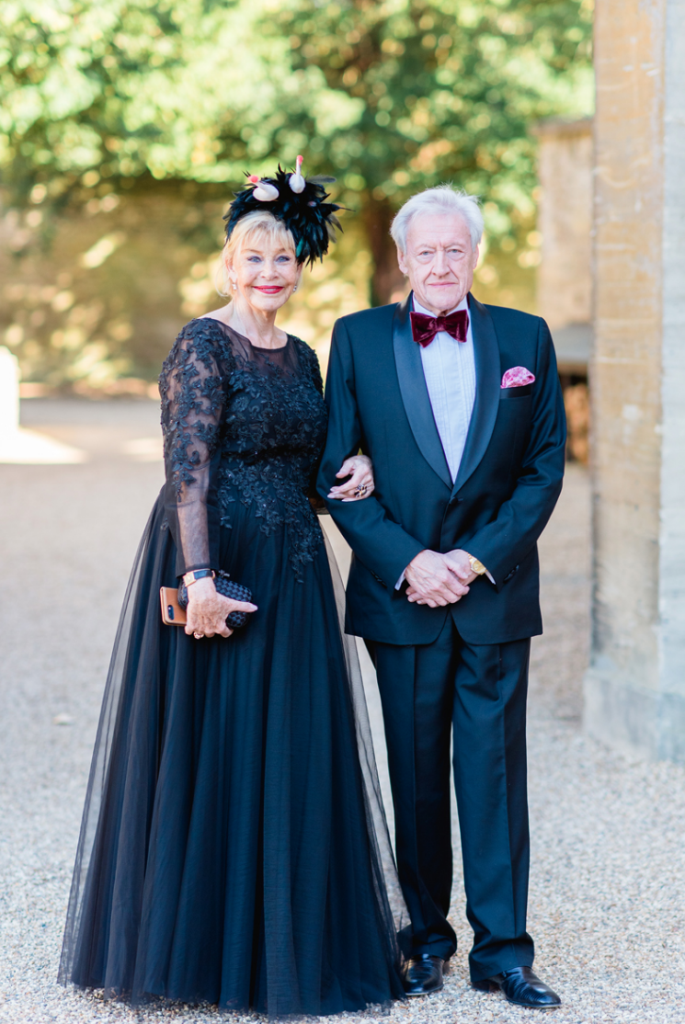 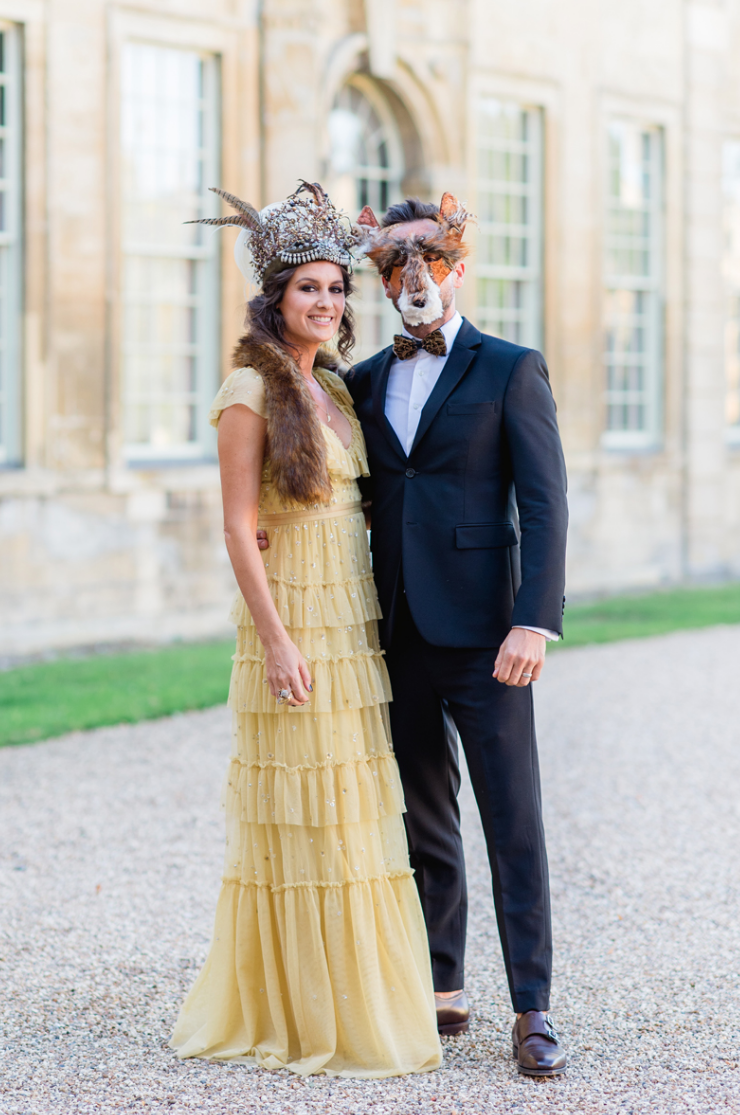 The dress code was black tie with a bit of craziness 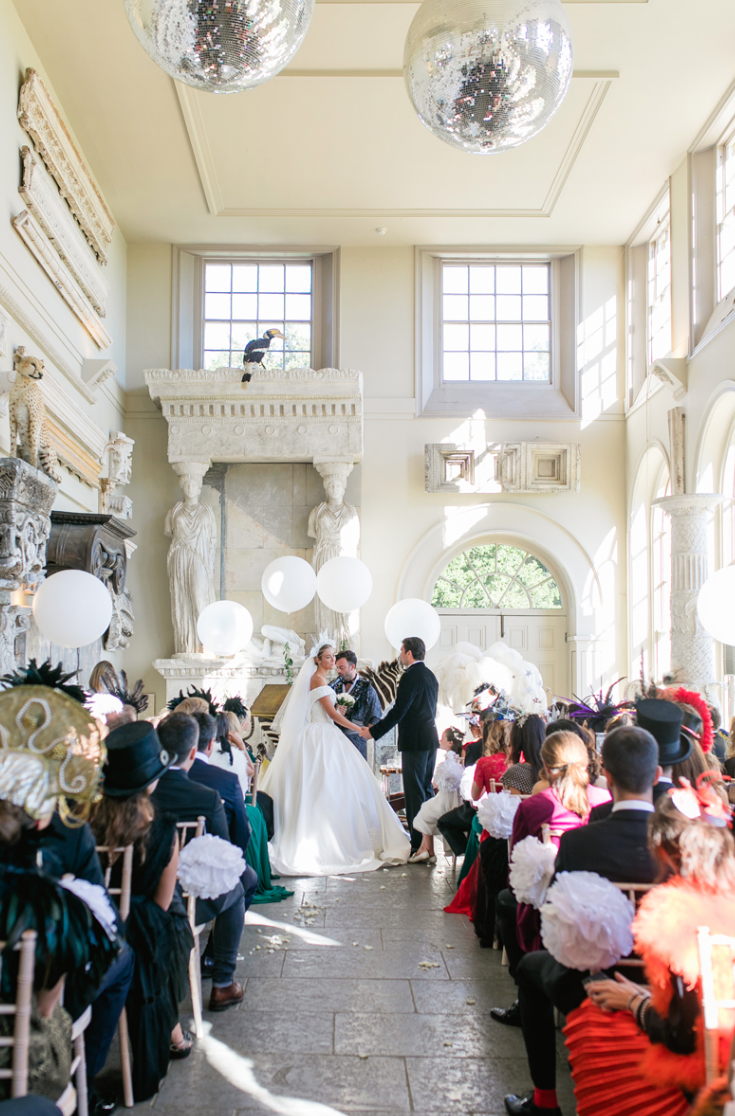 The venue itself is very refined, the couple added some balloons, feathers and taxidermy 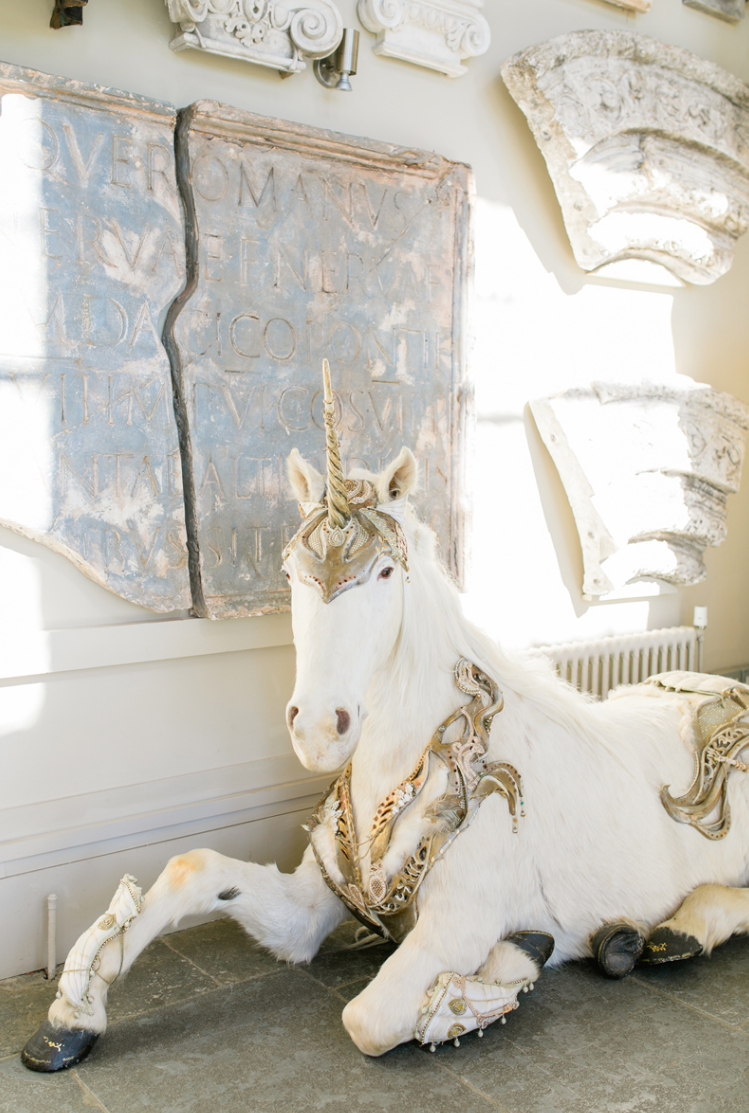 A lovely unicorn is one of the decorations, which was especially loved 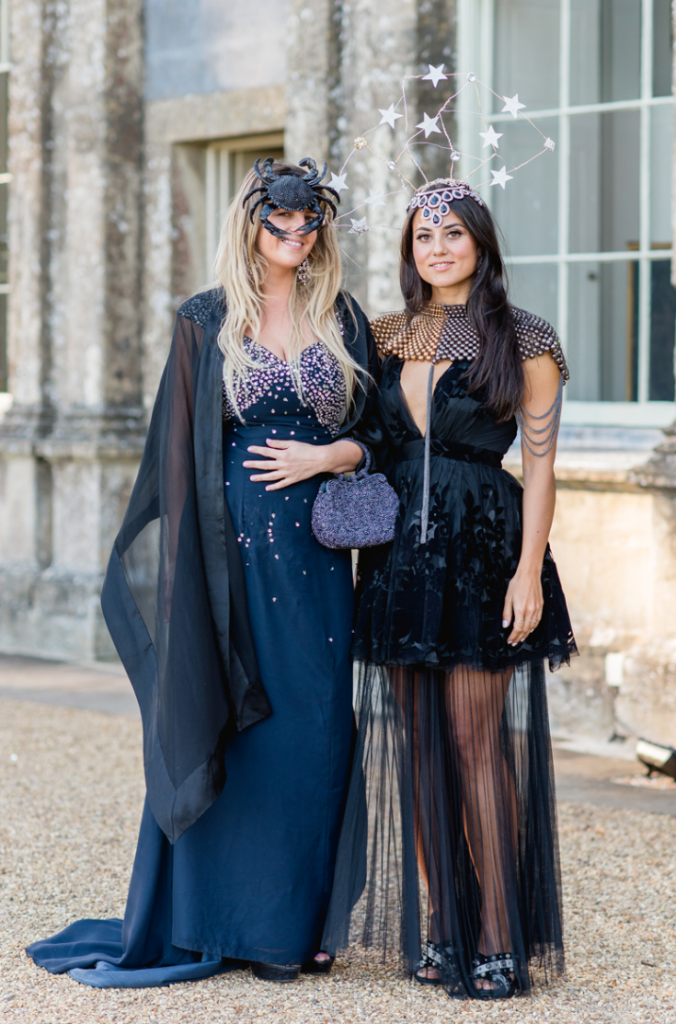 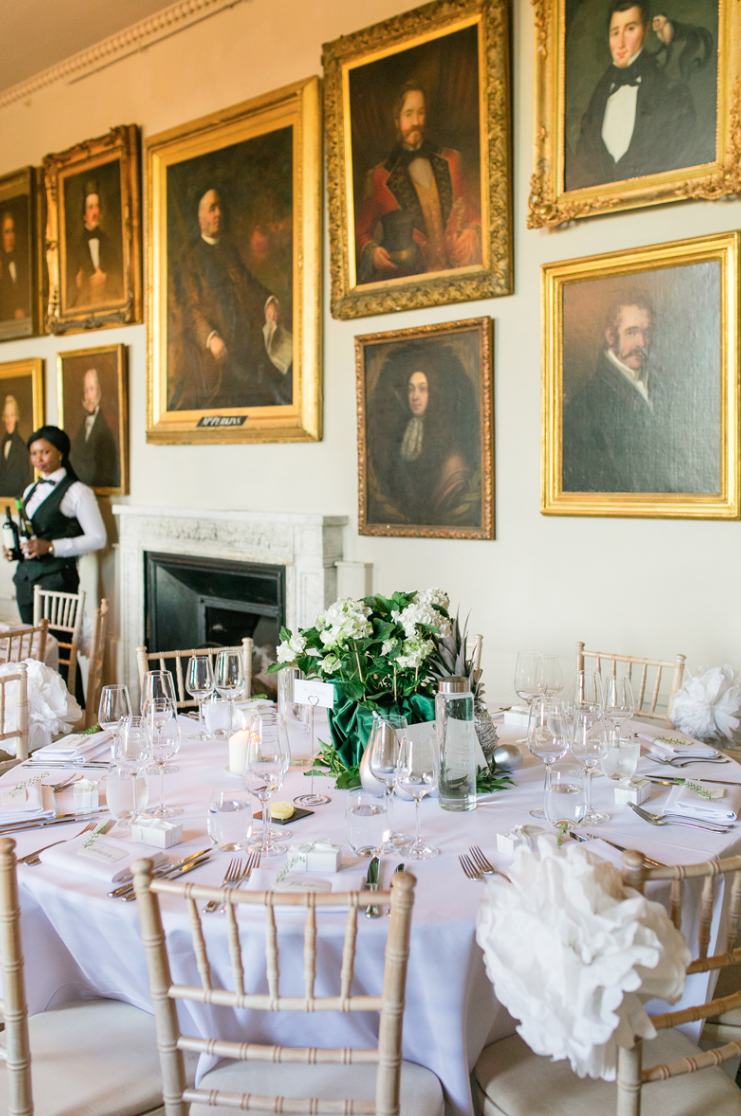 The wedding reception space was very chic and refined, done in neutrals 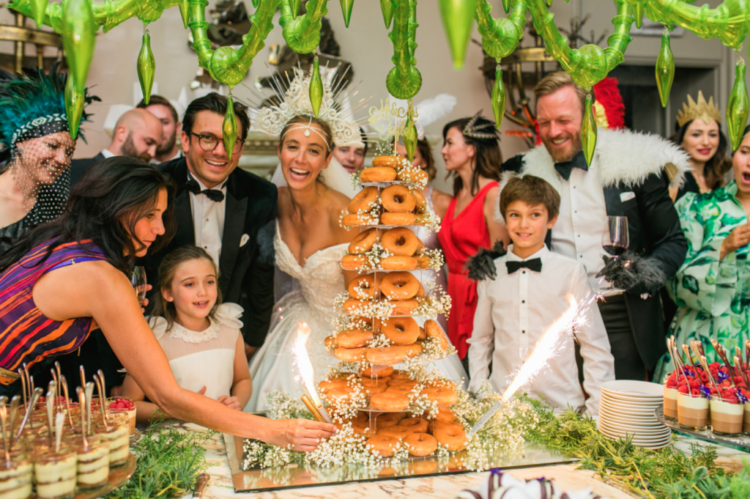 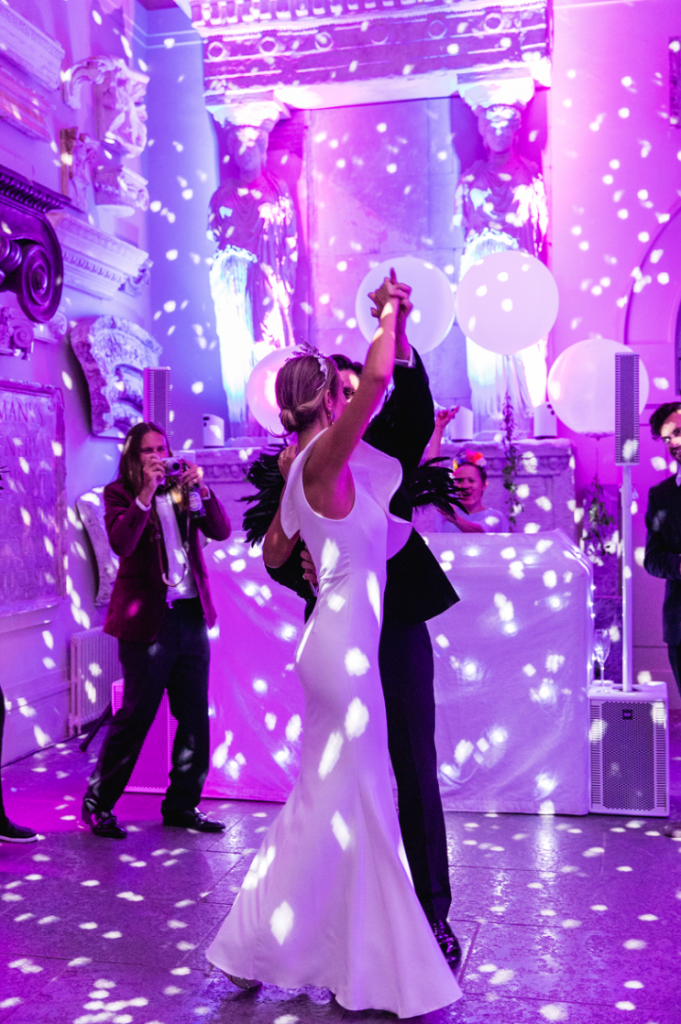