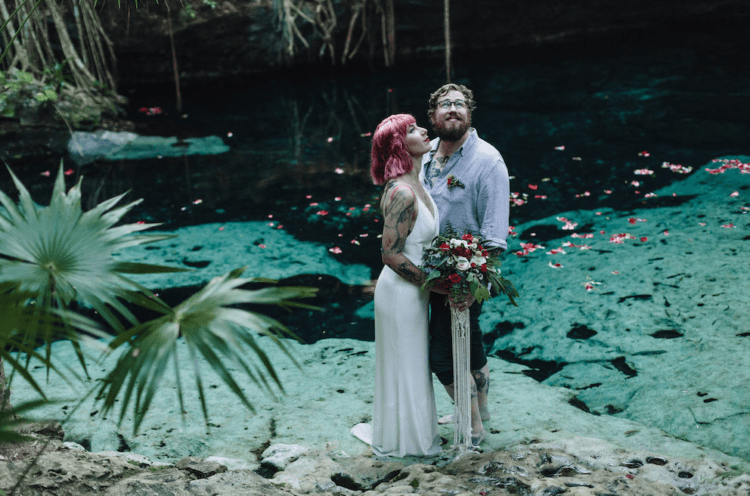 Jacqueline and Dougal’s elopement in Tulum was really special because the couple decided to go for traditional Mayan ceremony.

The theme was Mother Nature and essentially being tied to the earth and the universe. It took place at the beautiful Cenote Azul by Playa Del Carmen, which was so dreamy and special. The ceremony was conducted by a Shaman and his wife, which is also amazing. That striking blue water behind the couple made their just-married portraits look like a dreamy underwater paradise shot, and the mottled light coming through the jungle surrounding them is too good to be true. The only decor was done with blooms, candles and macramé hangings for a boho feel. After the ceremony the couple went to the beach for a walk.

Jacqueline wore a simple slip dress from LoversLand, Toronto, a beautifully simple design which looked perfect against her bright pink bob, which she later hoiked up to run through the sea with her husband. The neutral dress helped to show off the tattoos of the bride at their best. The groom was wearing a blue shirt and black shorts for a relaxed look. The wedding bouquet was done with red and white blooms and textural greenery and with a macrame wrap.

Elopements are traditionally supposed to be less stress than a full-blown wedding, and this was especially the case with the assistance of Tulum Elopement who helped to organize everything the best way possible. 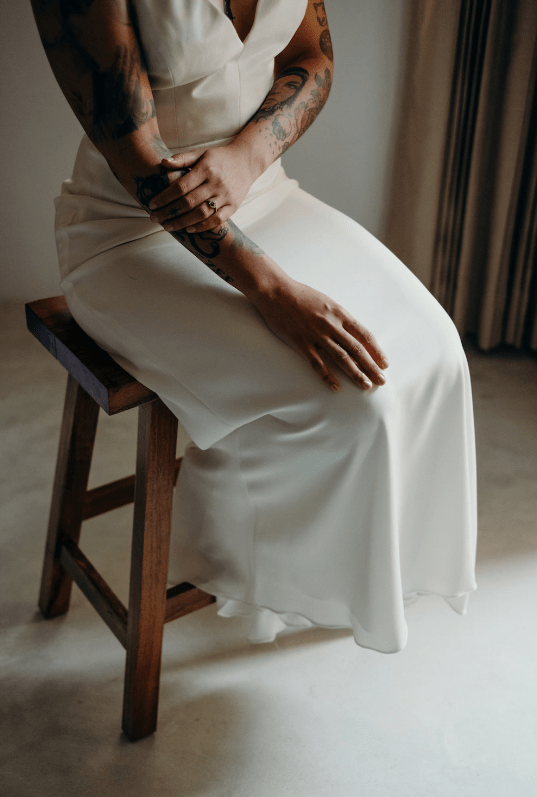 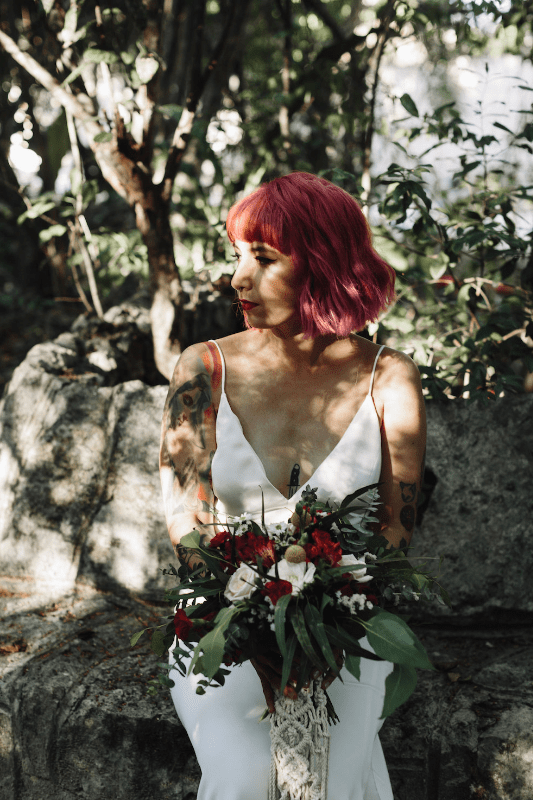 She was rocking a bright pink bob with a texture 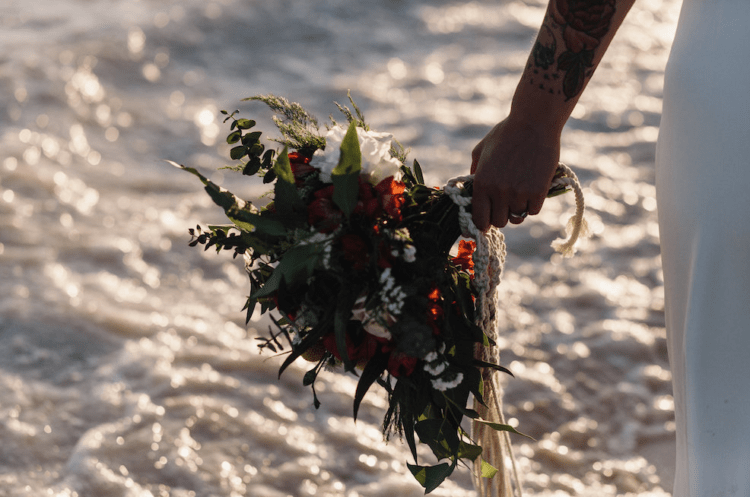 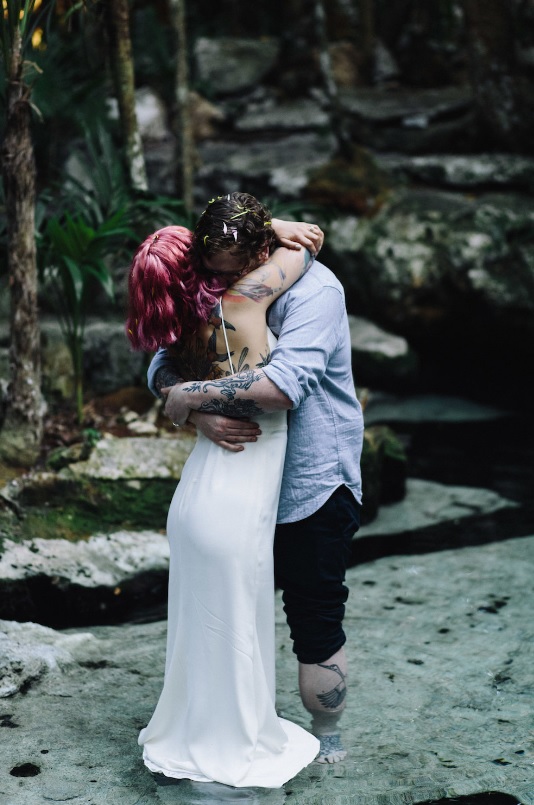 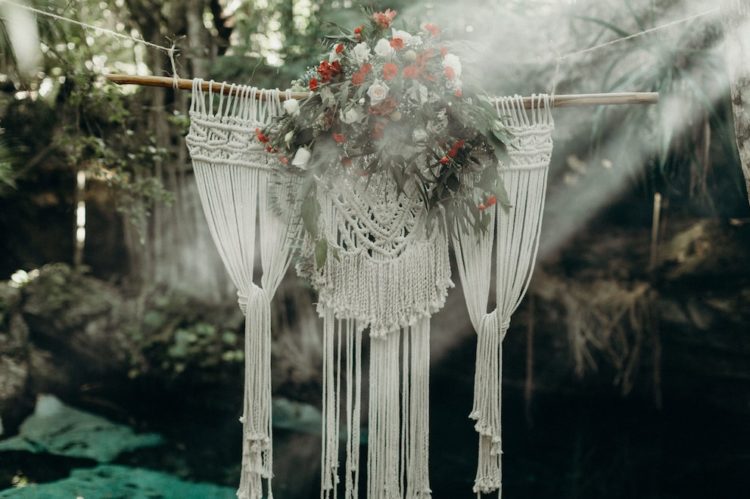 The decor was done with macrame hangings, lush white and red blooms plus textural greenery 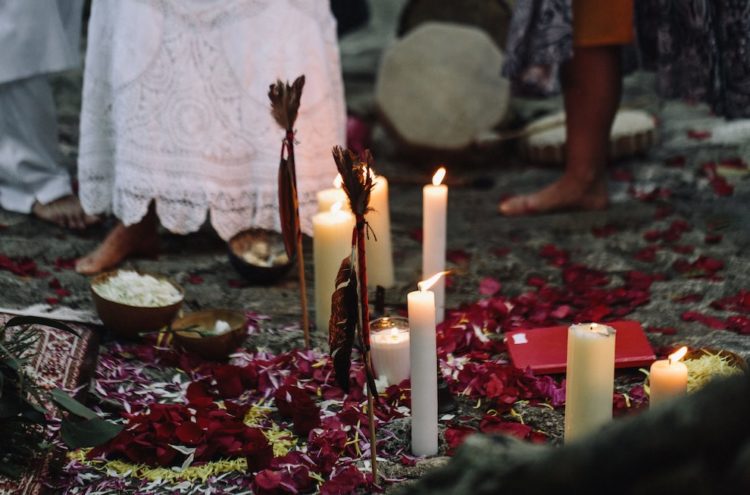 The decor was also done with petals, candles and feathers plus rugs for a boho feel 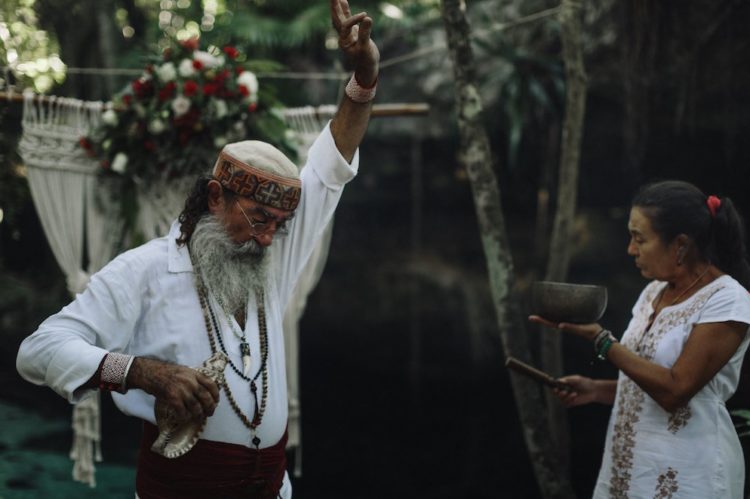 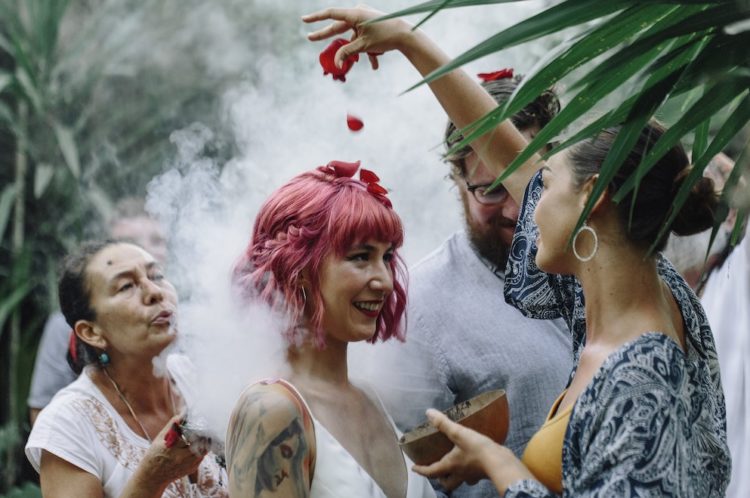 The friends of the couple threw petals at them, which was part of the ceremony 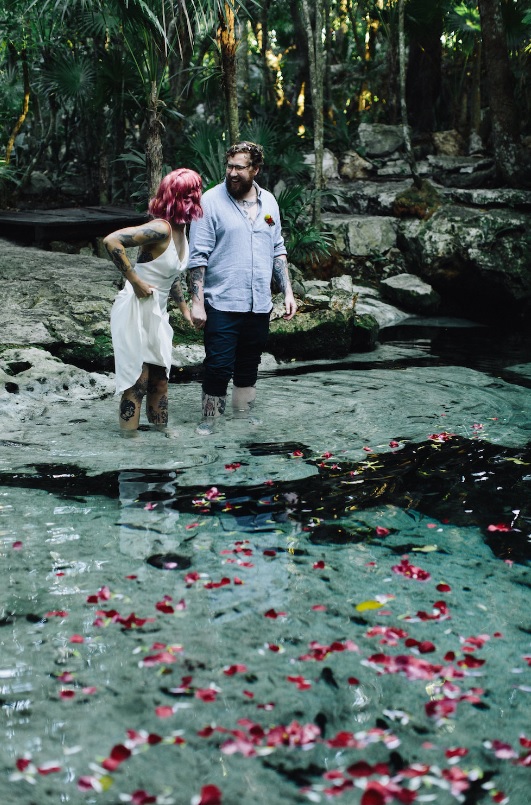 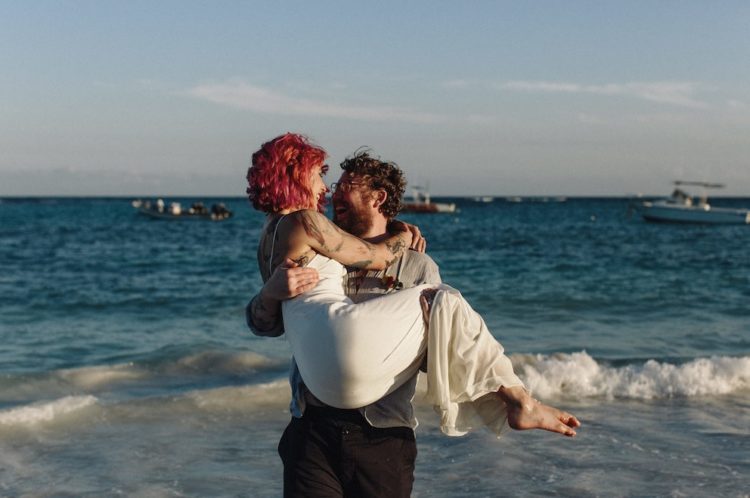