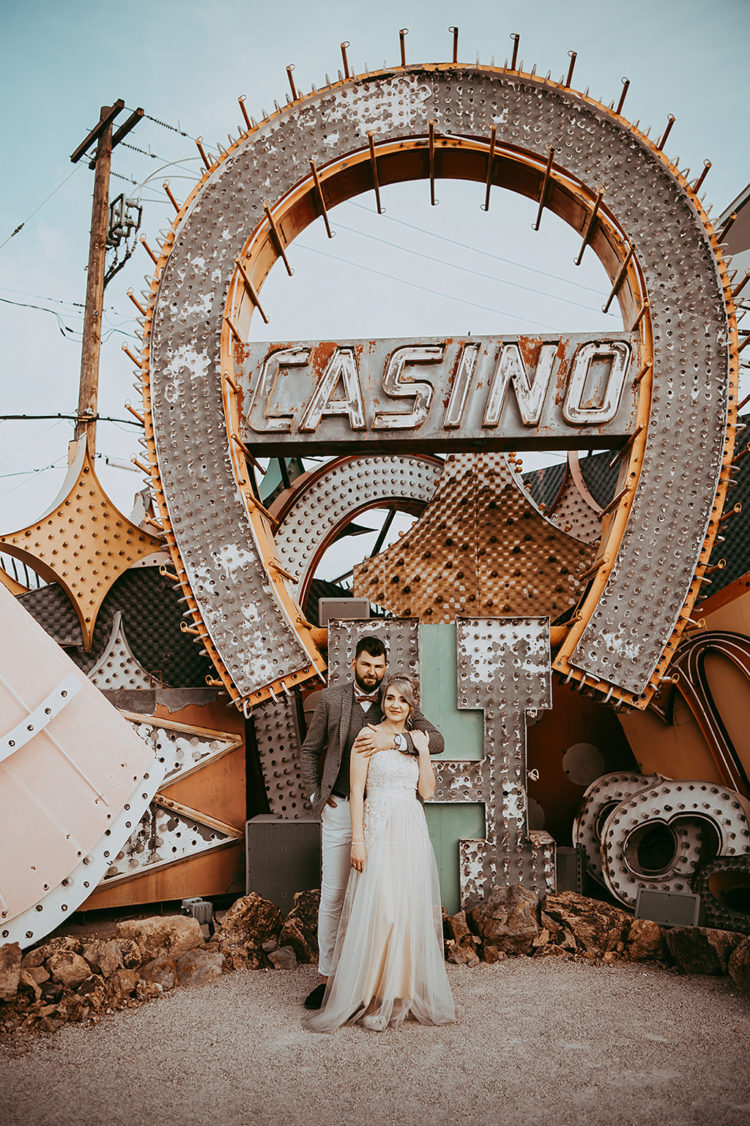 Leanne and Jason just wanted something easy for their wedding day – something that focused on just the two of them, with no pressure other than getting some rock star photos on the way!

As massive fans of The Hangover, they knew that there was nowhere else in the world that they would rather elope to than Vegas! The couple wanted an epic holiday out of it and just to go with the flow, so they made very little plans and winged 90% of the day. They didn’t really set a budget, knowing that whatever they did it would cost them less than a traditional wedding in the UK and they’d have an epic time to remember.

Leanne picked a pale pink Wild Heart Bridal two-piece dress; she paired it with Rainbow Club pumps and an old leather jacket that she painted herself. They packed props like smoke bombs, butterfly shooters and colorful confetti to help achieve the sorts of shots they wanted for the bridal shoot, and Leanne dabbled in DIY with customizing champagne flutes with bride and groom stickers too. The rest of the details came as art of their ceremony package deal so it meant very little fuss, which suited them perfectly.

Leanne and Jason were married at Chapel of Flowers; a simple, package ceremony that actually ended up being way more emotional than they imagined! They exchanged rings, a kiss and then lit a candle. Their ‘reception’ plans were very loose – in fact they didn’t plan anything after doing their post-wedding shoot! They hotfooted it down to Wahlburgers for dinner before going for a gamble at their hotel, the Bellagio, and finishing the night on the high roller wheel at the Linq Hotel. 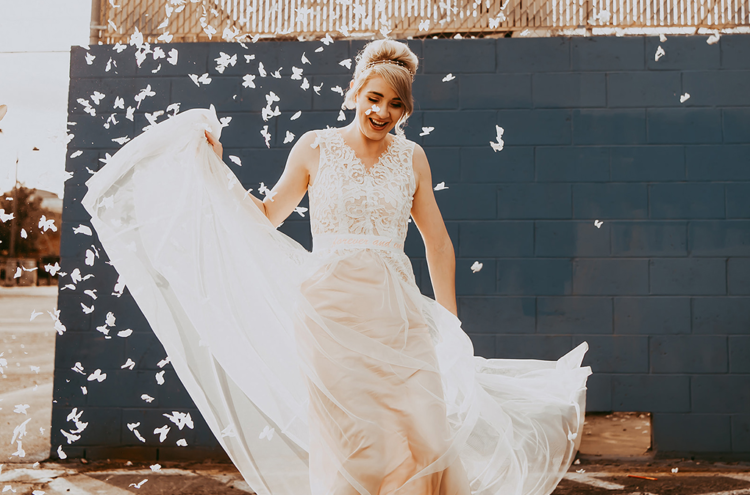 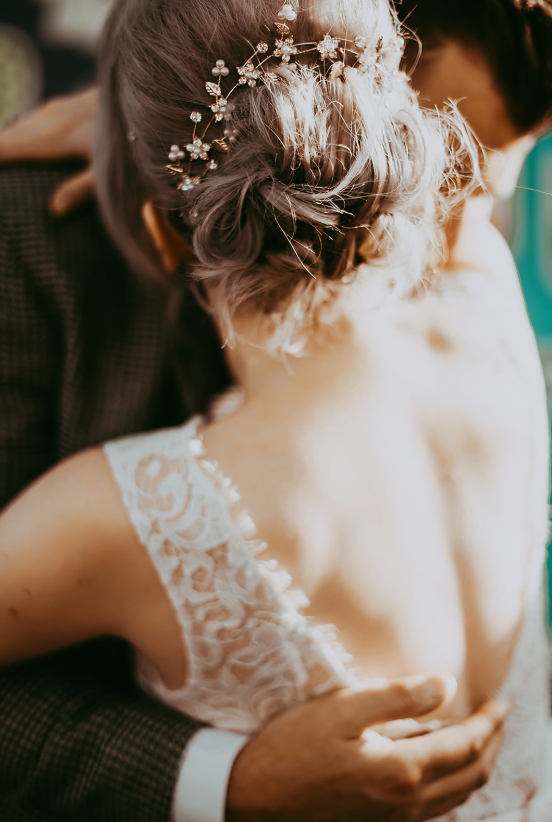 The back of the dress was open, and she added some pretty hairpieces to her updo 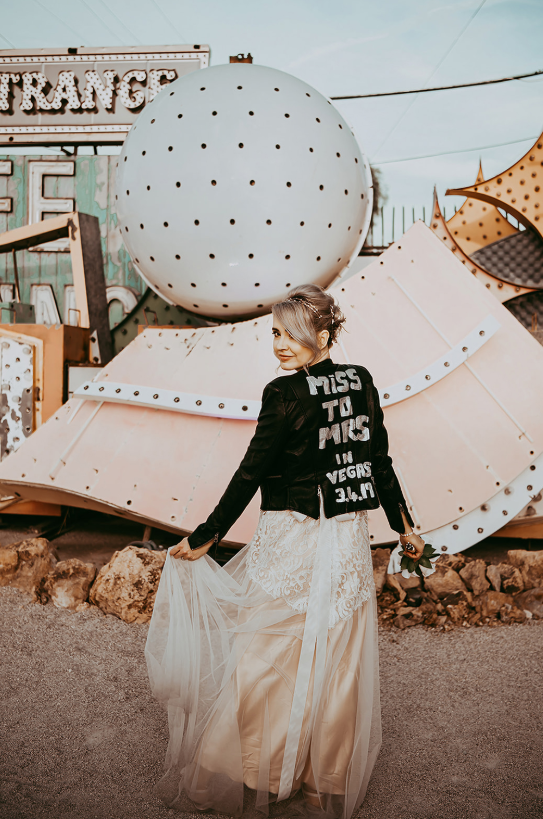 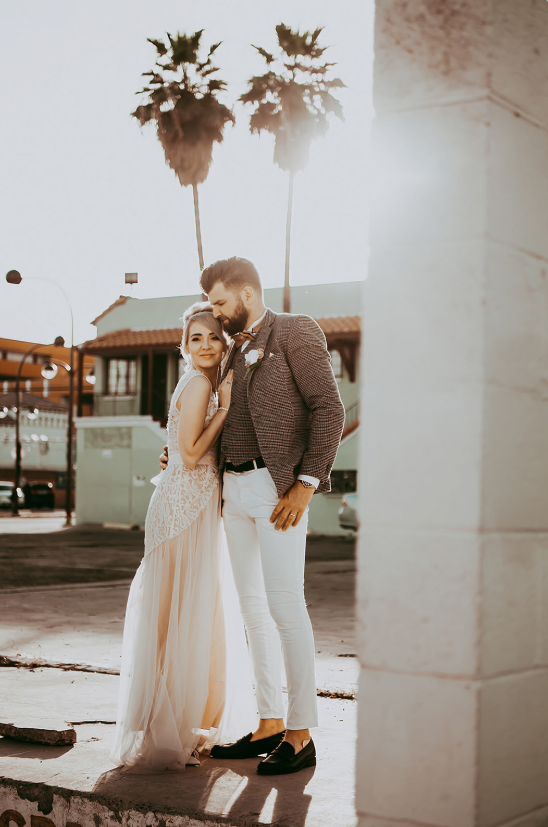 The groom was wearing a tweed waistcoat and blazer, white pants, loafers and a bow tie 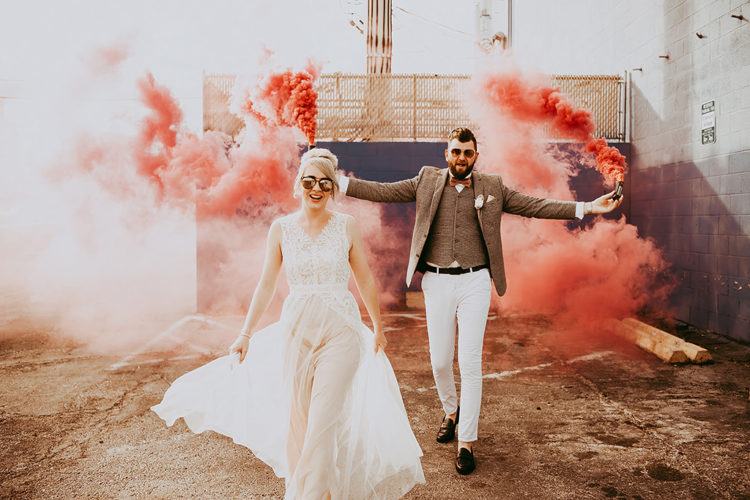 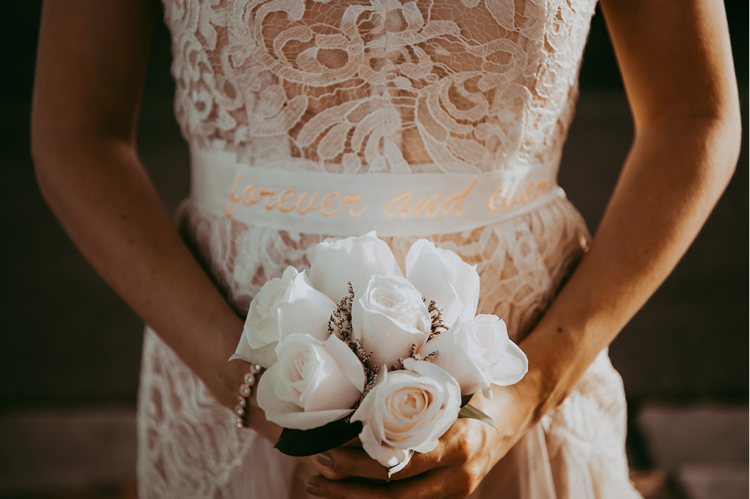 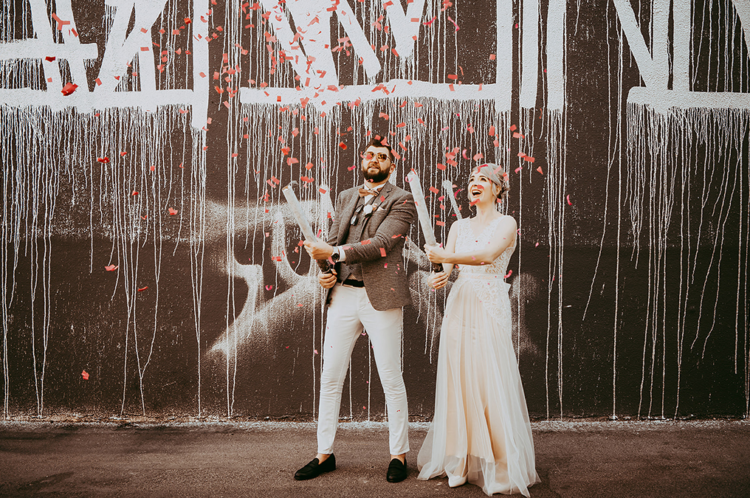 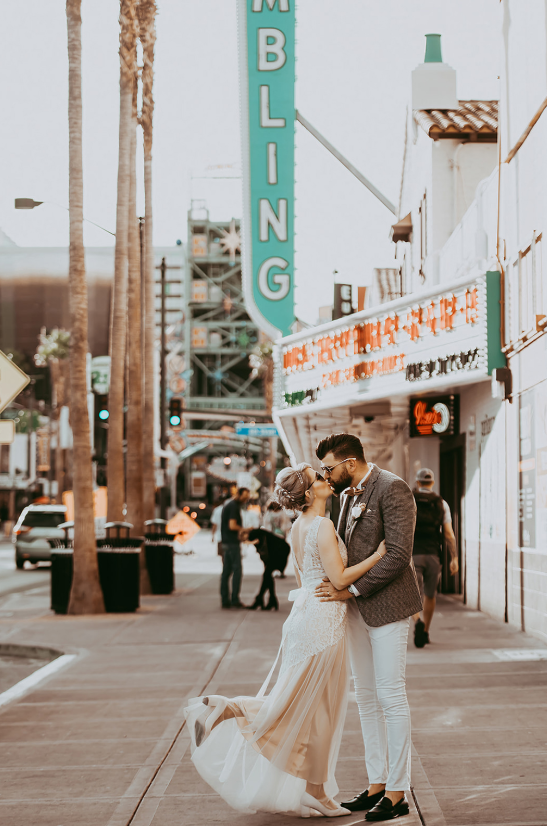