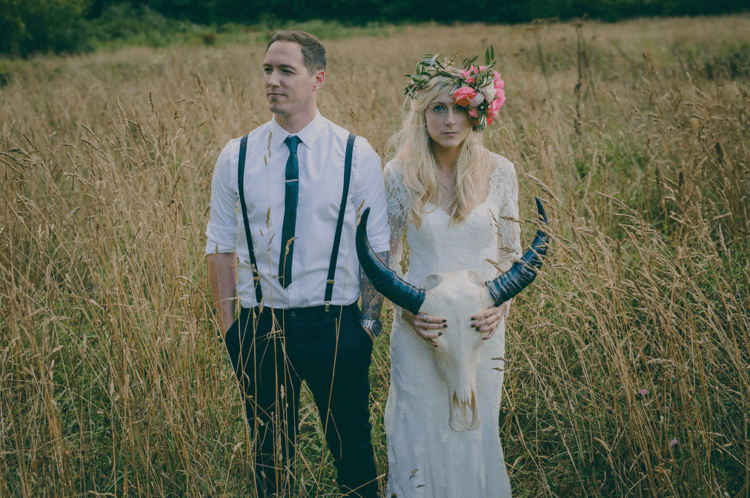 This couple wanted a non-typical boho, rustic wedding, and music became its important part as they both love it

Amy and John wanted to be married outside and for their wedding to have a bohemian and rustic vibe. Both being massive music lovers, that was also always going to be a big part of the celebration. They had a rock and blues band as their entertainment and the bride sang with them in the evening too!

The day was held at Lemore Manor in Herefordshire. They didn’t want a traditional wedding in a church or indoors so when they found the venue they fell in love with being able to get married outside underneath the bandstand and for all the guests to be seated on hay bales. The wedding band also wasn’t traditional and most of the music played throughout the day was rock, blues and acoustic.

Rather than having a guest book that would be put in a drawer never to be seen again, the couple decided to have a guitar that people could sign and they could hang up on the wall. A year and a half before the wedding the bride started collecting vintage medicine bottles from bric-a-brac shops to use as centerpieces. The bride’s mom’s garden was full of succulents, and they were used as favors for all of the girl guests to take home to grow.

As a surprise, the bride’s mom had made a mini succulent garden as the couple’s initials to use as decor. For the table plan the guests names were written in calligraphy and mounted in different styles of frames. The groom’s grandad also grew hundreds of dahlias that they used for centerpieces and other vases in the orangery.

The bride wore an Essense of Australia dress, which she paired with an enormous peony flower crown. The groom was wearing black pants and suspenders, a white shirt and an emerald tie. 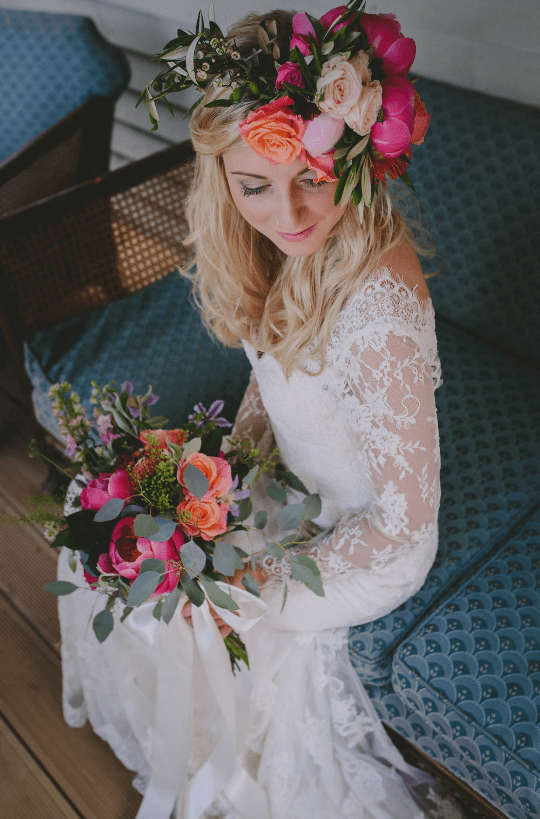 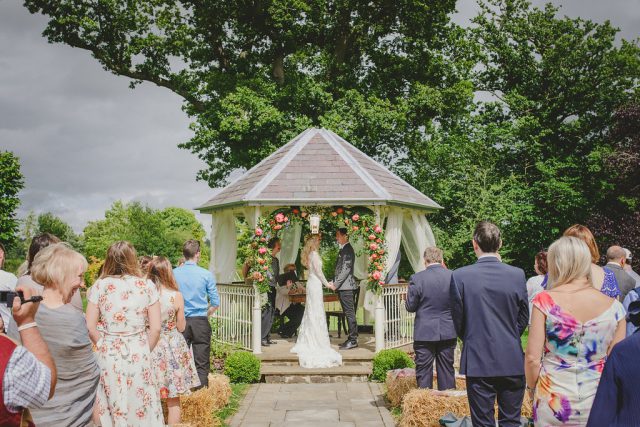 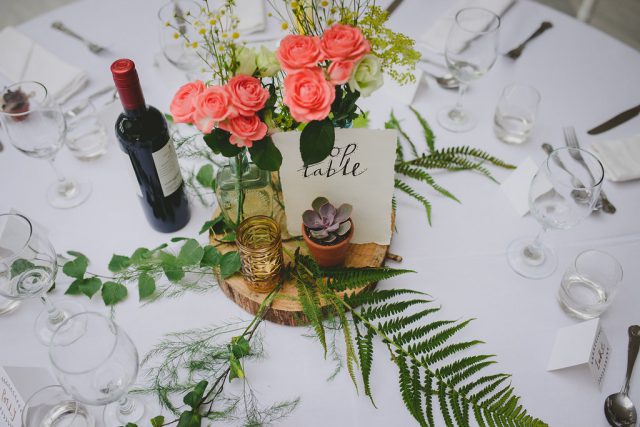 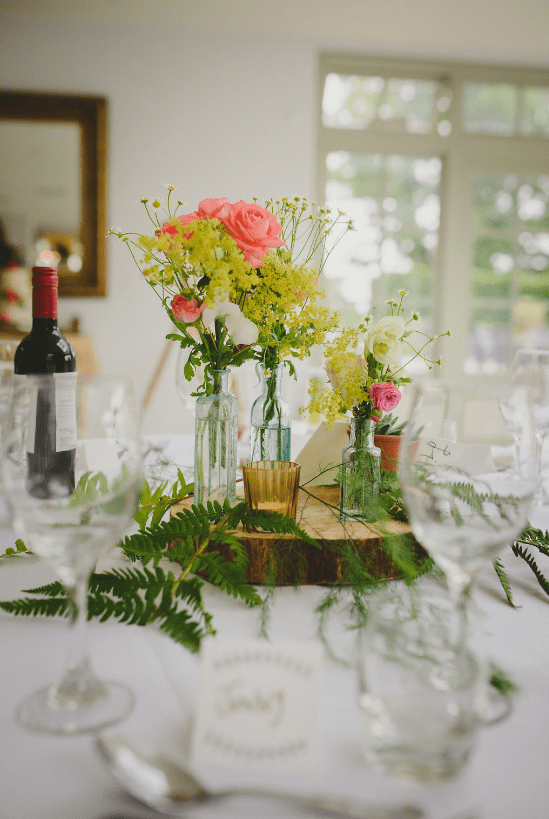 Apothecary bottles were gathered by the bride, flowers were grown by the groom's granddad 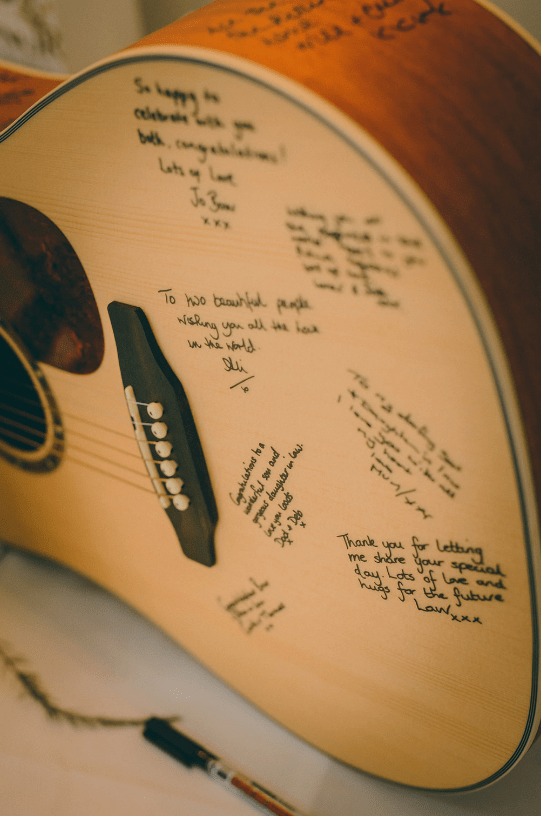 A guitar was used istead of a guestbook, the couple hung it on the wall at home 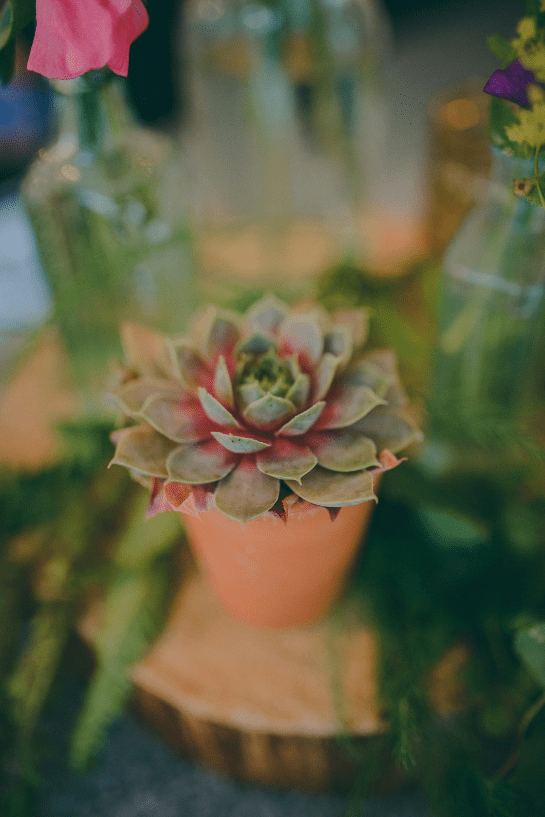 The bride's mom grew succulents as wedding favors and for decor 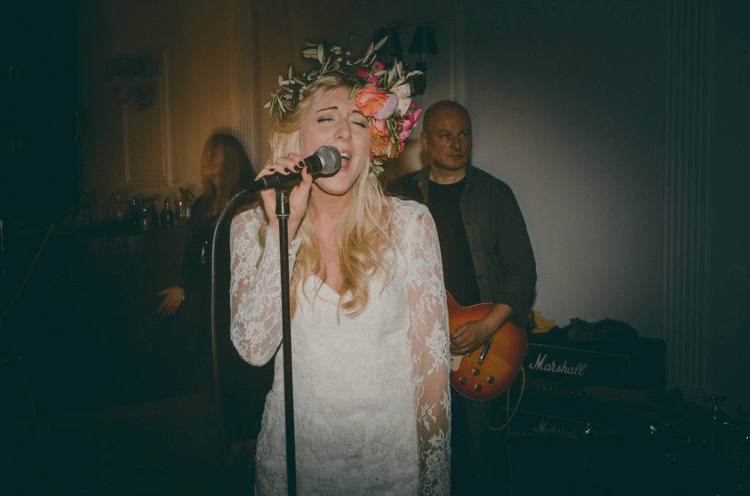 The bride was singing herself with the band