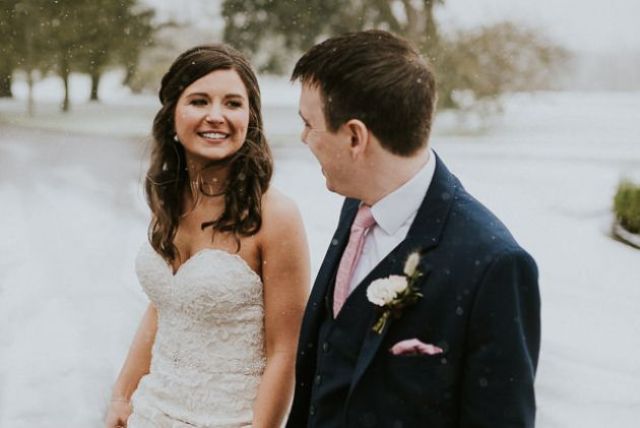 This emotional wedding was full of rustic decor, personalized touches and lots of snow! Ready to see it all?

Picking Ballymagarvey Village as a venue meant that the décor was always going to be beautiful, the food was going to be delicious and the service would be of the highest standard. The venue was decorated with adorable fresh greenery and lights, while outside there was snow, which is very romantic and cute. The centerpieces were done with lush florals including baby’s breath and thistles, and in the evening the ambience was especially cozy with all the candles and lights.

The groom, Adam, is a graphic designer, and the bride is just a creative person, so the couple designed the wedding stationery together. The couple added lots more personal details to their day. The table numbers were random numbers 1, 9, 189, 2169, etc. which were all based on numbers that are significant to us in some way, whether it was the number of years we’ve known each other, the number of days we’ve been engaged, the number of kilometers between their childhood homes or the number of countries they’ve been to together. The wedding cake was a birch-inspired one for a rustic feel, there were also raspberry cupcakes and macarons served.

The bride was wearing a lace strapless sheath wedding dress, and the bridesmaids were rocking the same gowns in pink, the waists were highlighted with sashes. The groom and groomsmen were rocking classic navy three-piece suits, brown shoes, pink ties for a chic look. 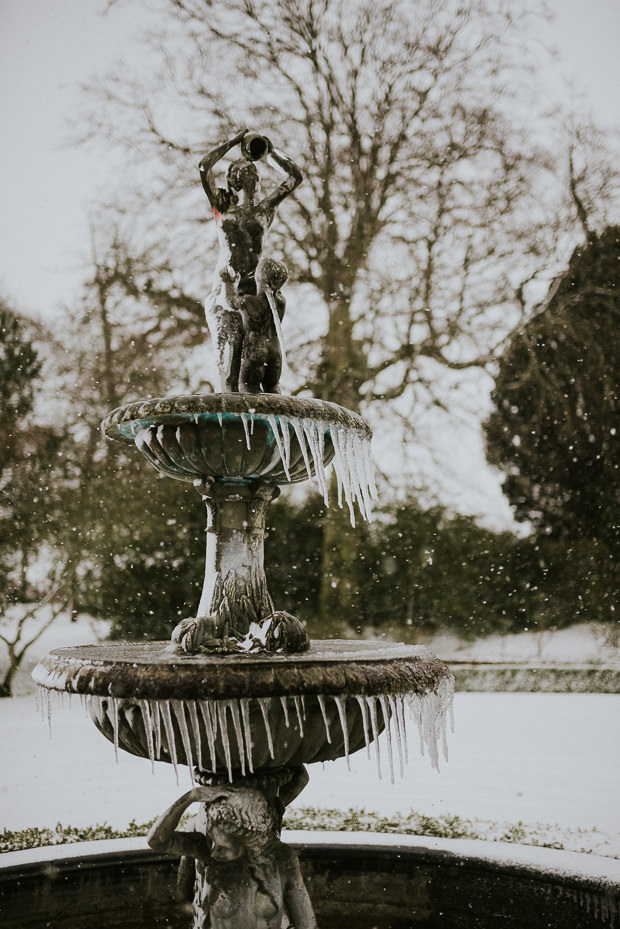 The wedding took place in the sping, though the day was really cold and snowy 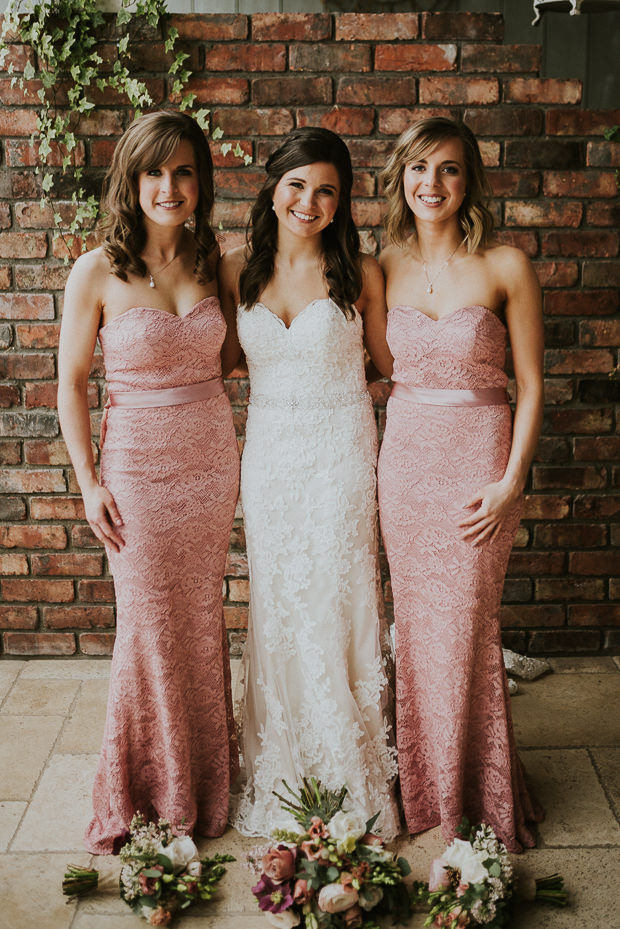 The bride was wearing a lace strapless sheath wedding dress, and the bridesmaids were wearing similar gowns in pink 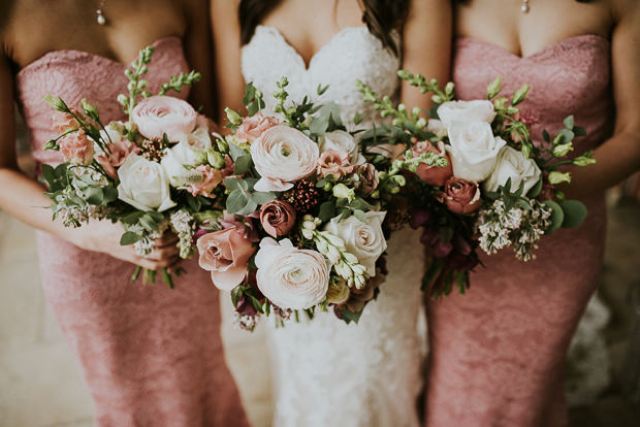 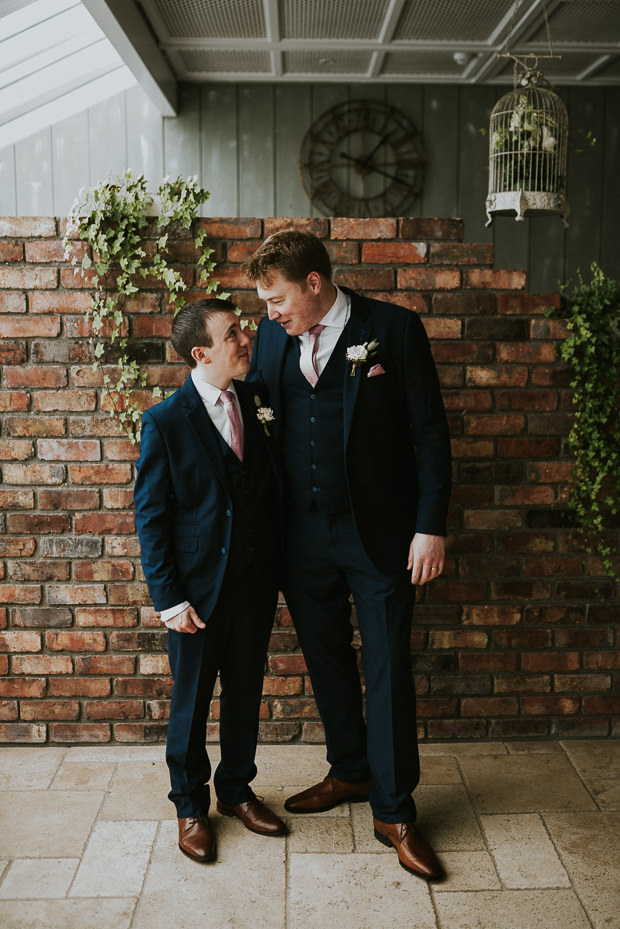 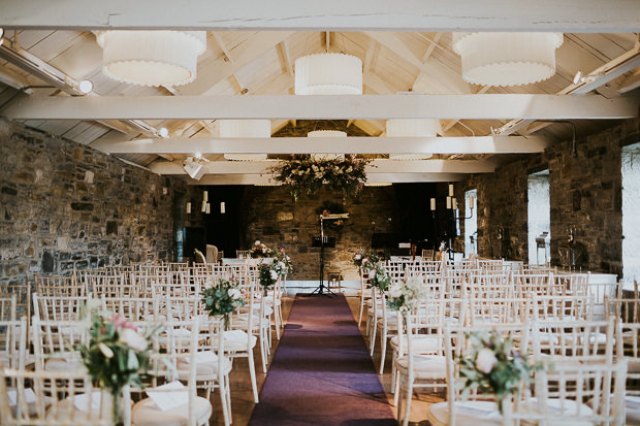 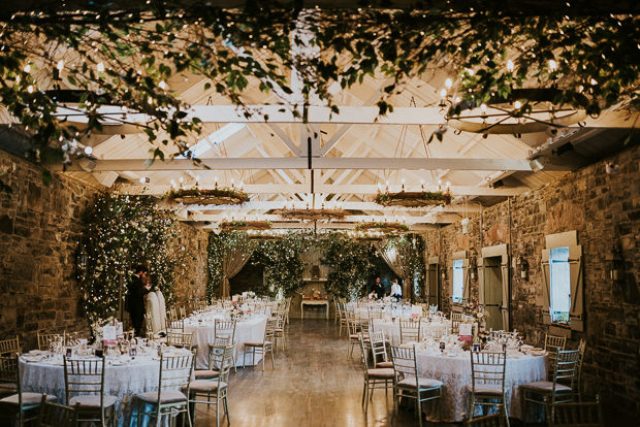 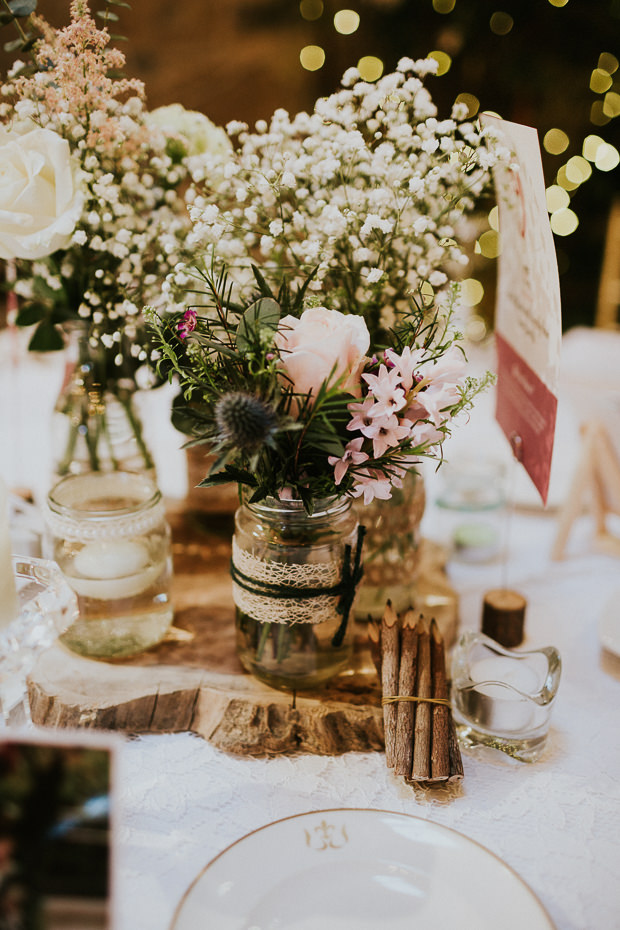 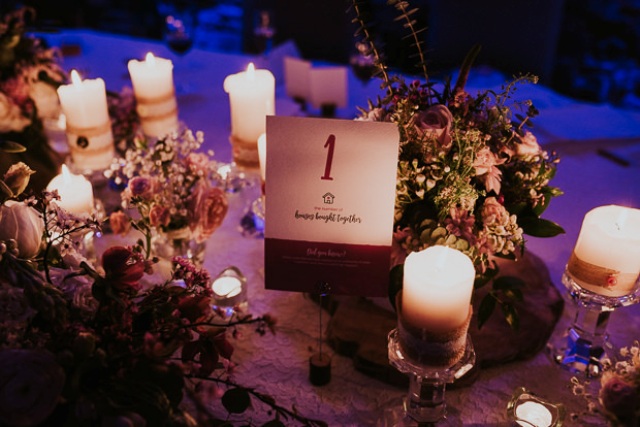 The whole setting was very romantic and cute, especially with candles 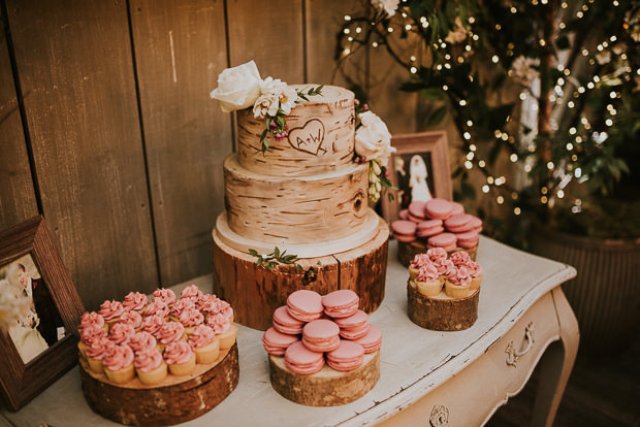 The wedding cake was a birch-inspired one, and pink macarons and cupcakes were also served