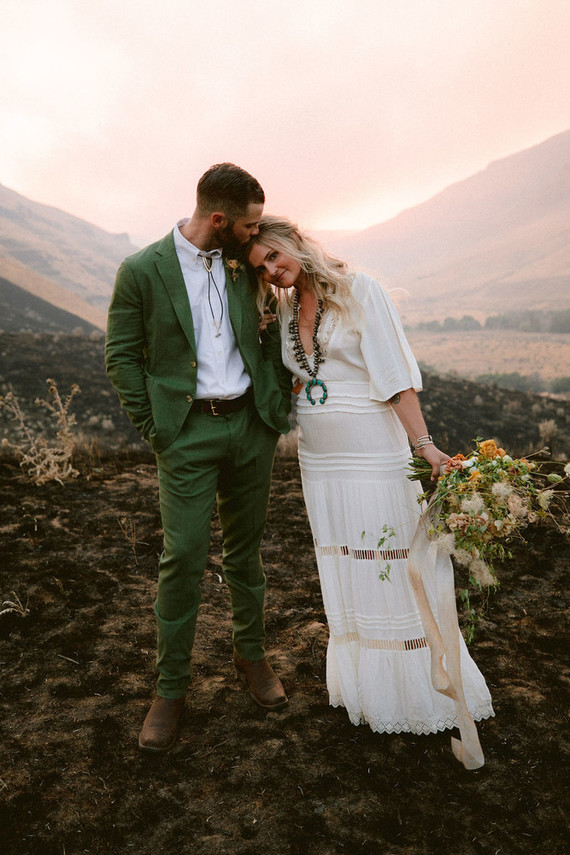 Today’s unique and even risky elopement will surprise you for sure! Parker and Tessa grew up in the same small town, parted ways after high school, and hit it off much later after reconnecting by chance. Here’s their wedding!

The Lower Deschutes River is really isolated, so it seemed logistically risky to choose it as a wedding location. But it actually helped them simplify and focus on only the most important elements. The couple did a scoping trip a few weeks before the ceremony with their friend and fishing guide, Martin, to figure out where exactly they wanted to elope. Harris Canyon was a perfect mix of golden grass, sheer cliffs, river, and endless sky.

Tessa adorned her boho Cleobella dress with meaningful borrowed jewelry from each of her friends, a Navajo turquoise time necklace, and jewelry she’d made herself. Her hairpin was also made by a friend. The groom was wearing a green linen suit and a bolo tie. The bouquet featured coppery roses and blush carnations Rachael had brought along, and the rest was foraged from their surroundings, including dried elements and native flowers. Not all the roses made the long, hot journey, but the carnations were troopers and Rachael worked magic with what they had.

The table setting was a simple one, with black plates, mustard napkins, candles and a lush greenery table runner. it was covered with a tent, which was illuminated in the evening. Get inspired by the pics below! 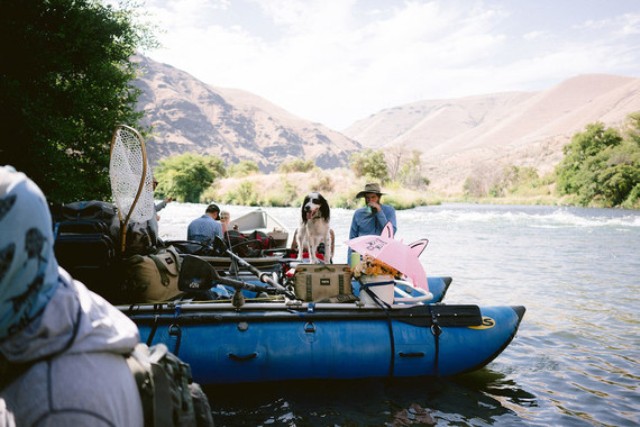 First, the couple had to make a long river trip and then walk to get to the place 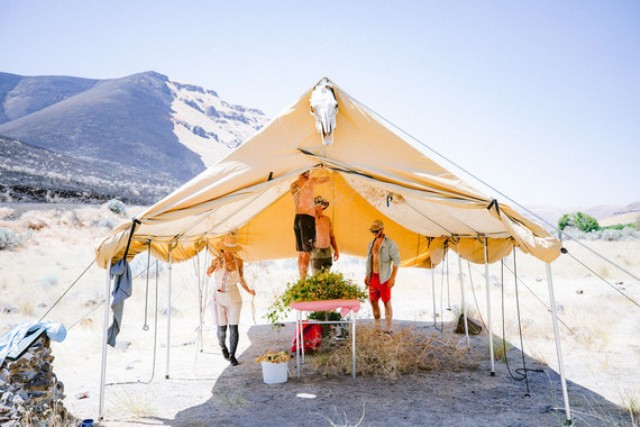 This is the tent where all the basic preparations took place 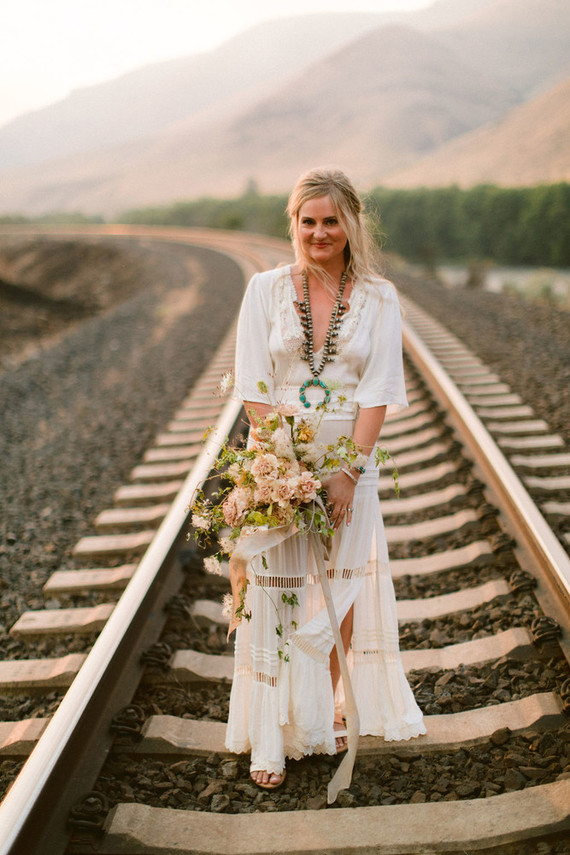 The bride was wearing a boho wedding dress with long sleeves, a V-neckline and a side slit 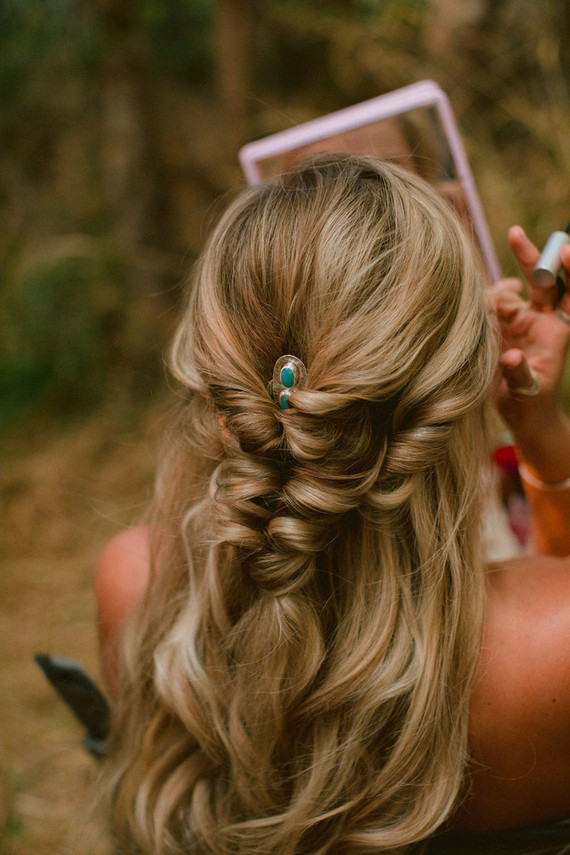 Her hairstyle was a twisted braid accented with a turquoise hairpin 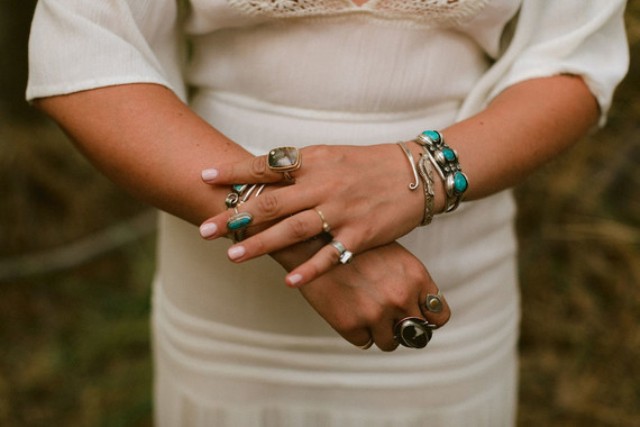 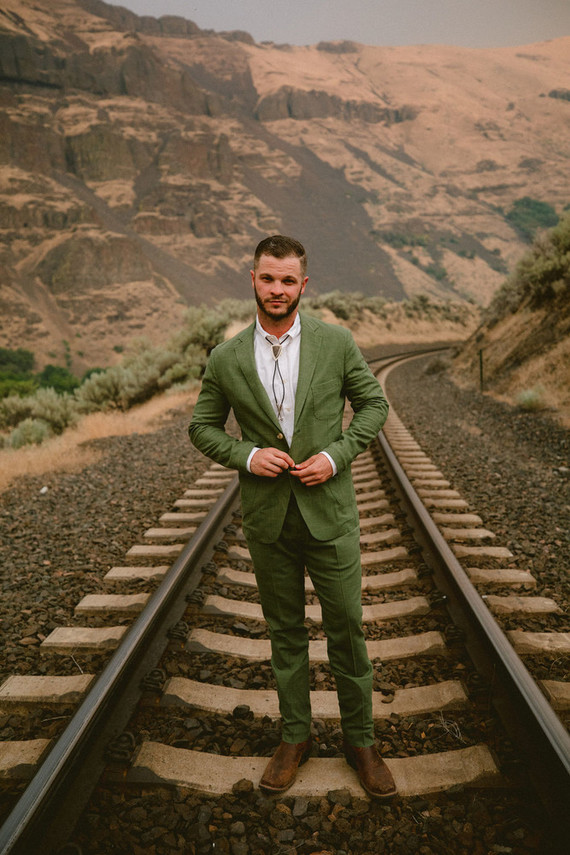 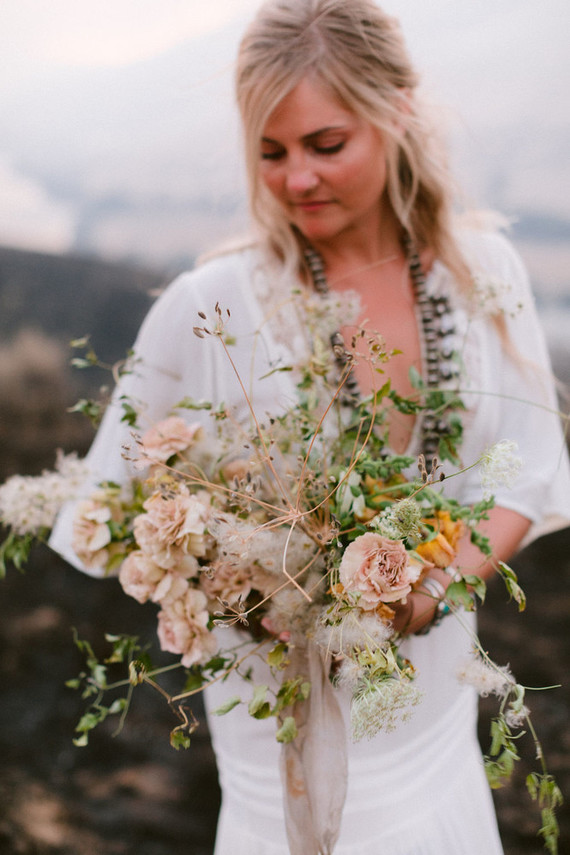 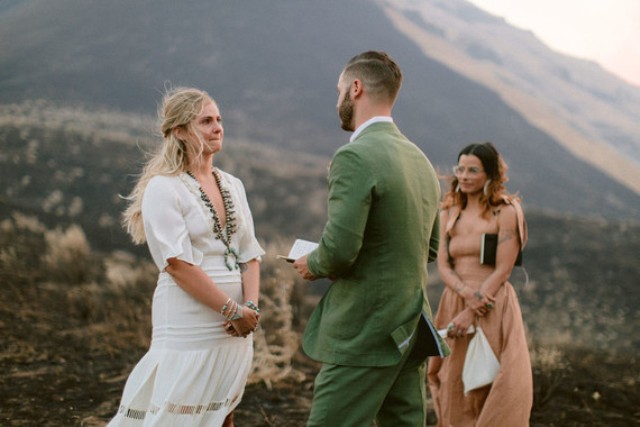 The couple chose a great space to tie the knot 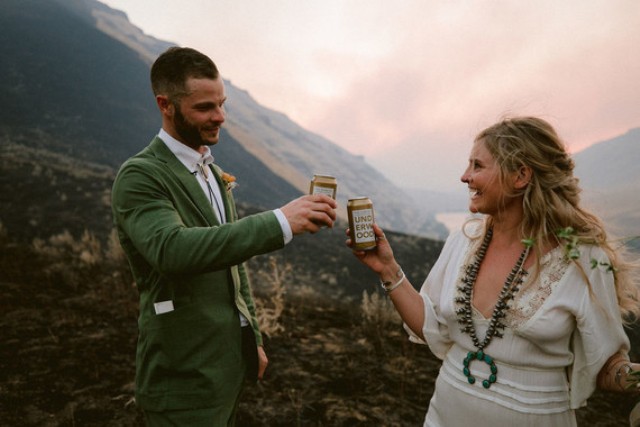 They took some time to be together after the ceremony 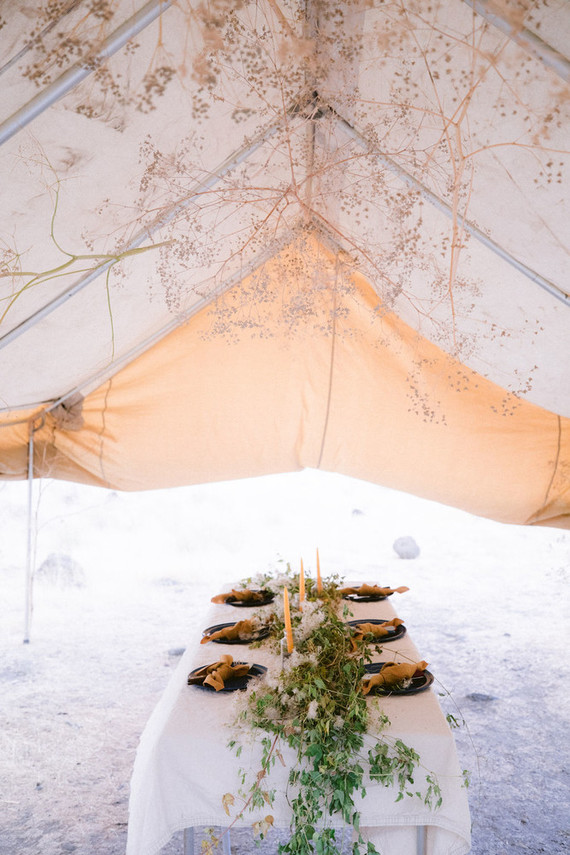 The wedding tablescape was done with greenery, some navy plates, mustard napkins and candles 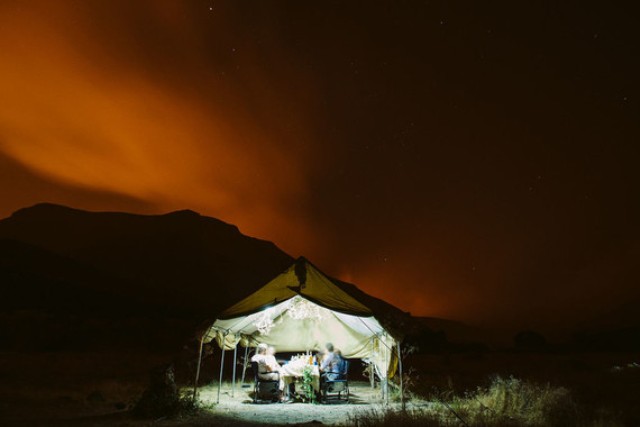 The tent was illuminated and just look at the sky