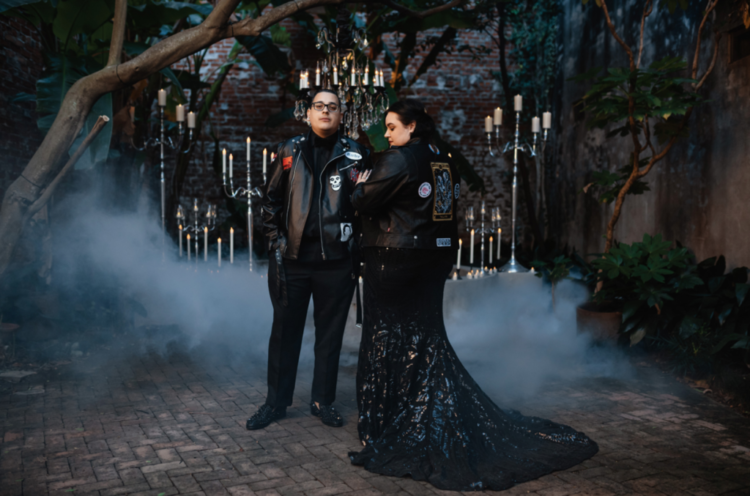 If you love all things Halloween, occult, tarot and stuff like that, this wedding gonna charm you. Renee and Richie love candles but aren’t big fans of flowers, so they decided not to have any at their November wedding. Instead they incorporated fog machines, smoke bombs and candles to create a spooky ambience on the day. The bridesmaids carried incense burners, and as the couple walked up the aisle to be wed, they lit candles held by their guests to guide them. They were also heavily inspired tarot cards, incorporating them in the invitations, signs and centerpieces at the reception.

The ceremony was held the New Orleans Pharmacy Museum and one of their best friends got ordained so they could officiate their wiccan ceremony. When the ceremony started, they had lit candles, and each guest had an unlit candle which they then lit as they walked down the aisle. The ceremony featured a local brass band playing New Orleans classics such as A Kiss To Build A Dream On by Louis Armstrong and following their pronouncement as husband and wife, the band paraded them to their reception, right through New Orleans famous Jackson Square and into Muriel’s where a table is always kept set for their in-house ghost.

The couple worked with Alchemy Events to bring their vision to life. The reception ended up being their biggest expense because it included the space, food and drinks. However they saved on their outfits – Renee spend less than $500 on her two dresses – a fully embellished off the shoulder one and a plain one for the reception, and Richie’s ensemble came in at under $200. 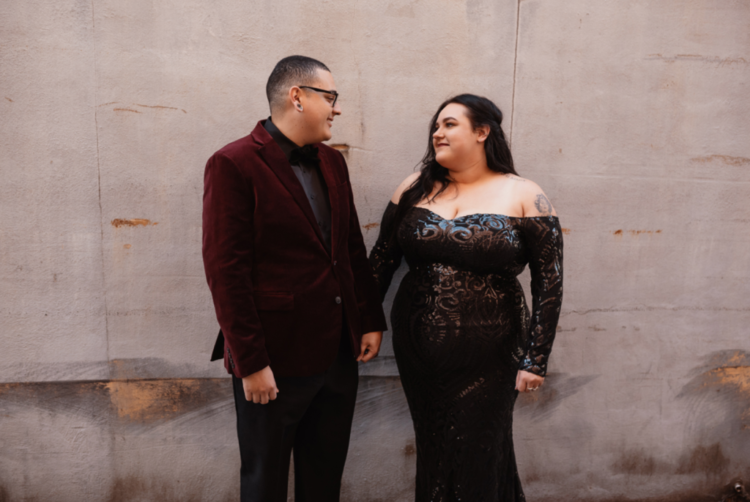 The bride was wearing a fitting off the shoulder embellished wedding dress and the groom was wearing black pants, a shirt and a burgundy velvet blazer 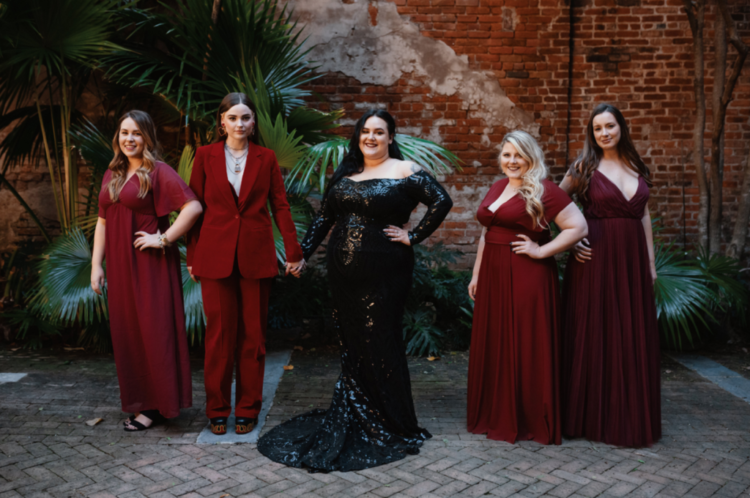 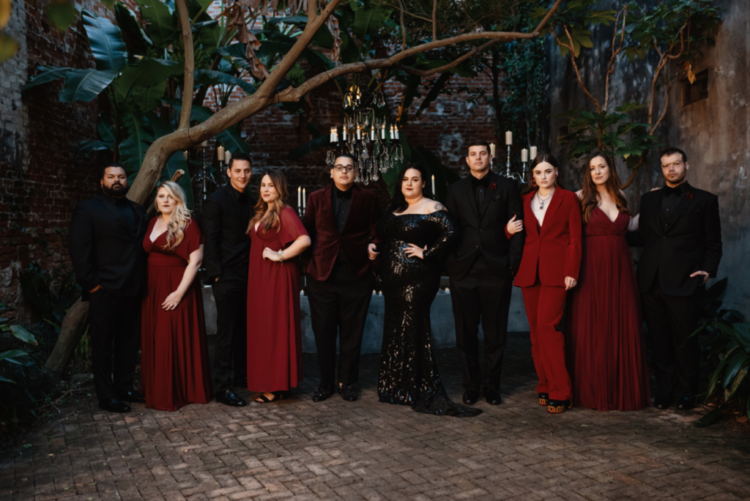 The groomsmen were wearing all black 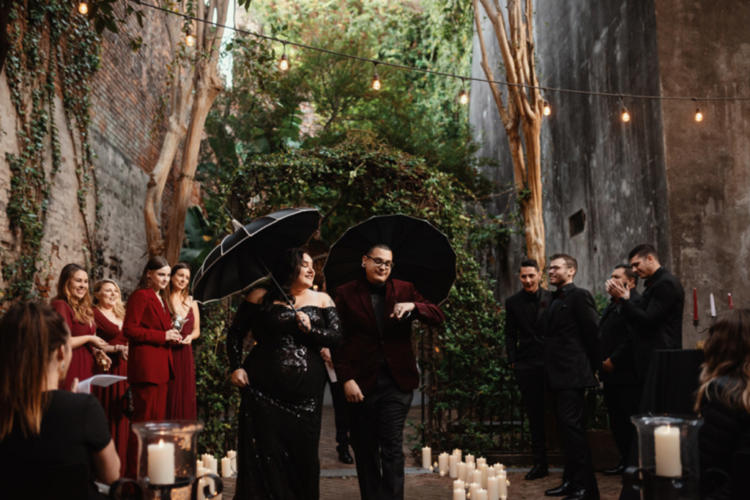 The ceremony was spiritual and fully lit up with candles 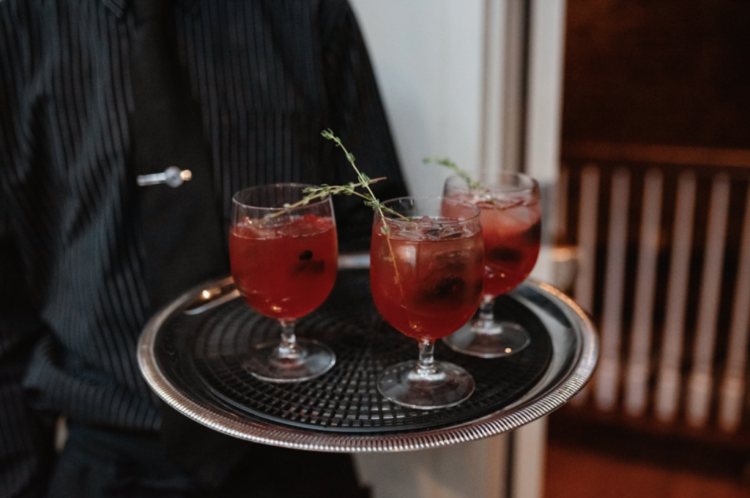 Delicious cocktails were styled for this dark-themed wedding 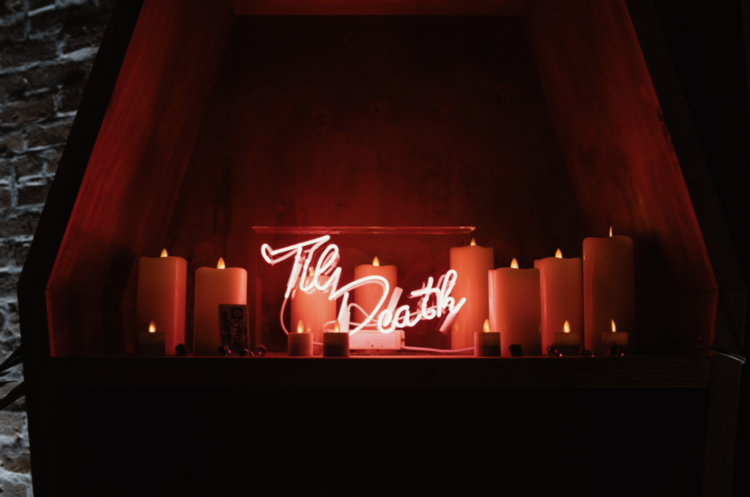 The wedding decor was done with neon and candles, not a single bloom 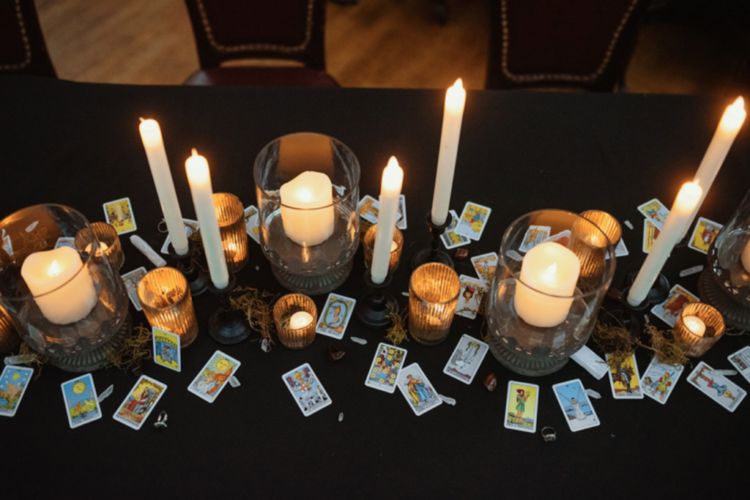 The wedding tablescape was done with lots of different candles, tarot cards and some moss 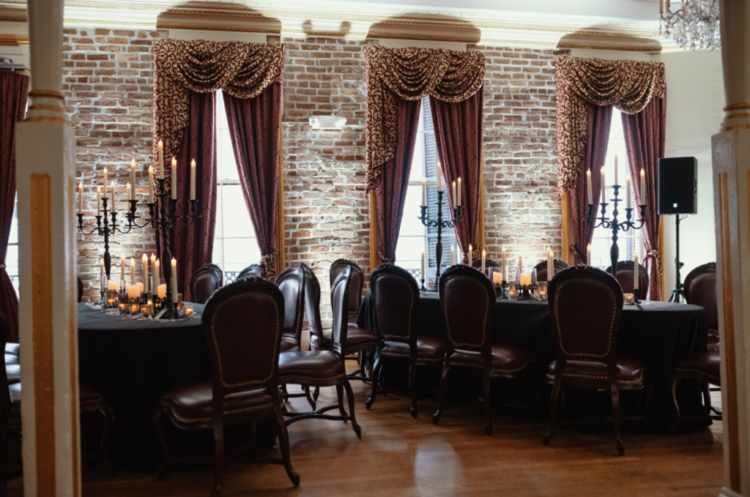 The wedding reception was very refined and done in dark tones 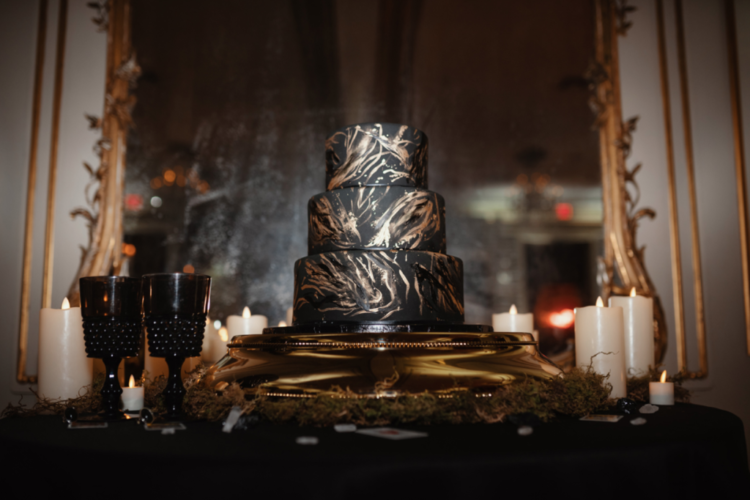 The wedding cake was a black one decorated with gold brushstrokes 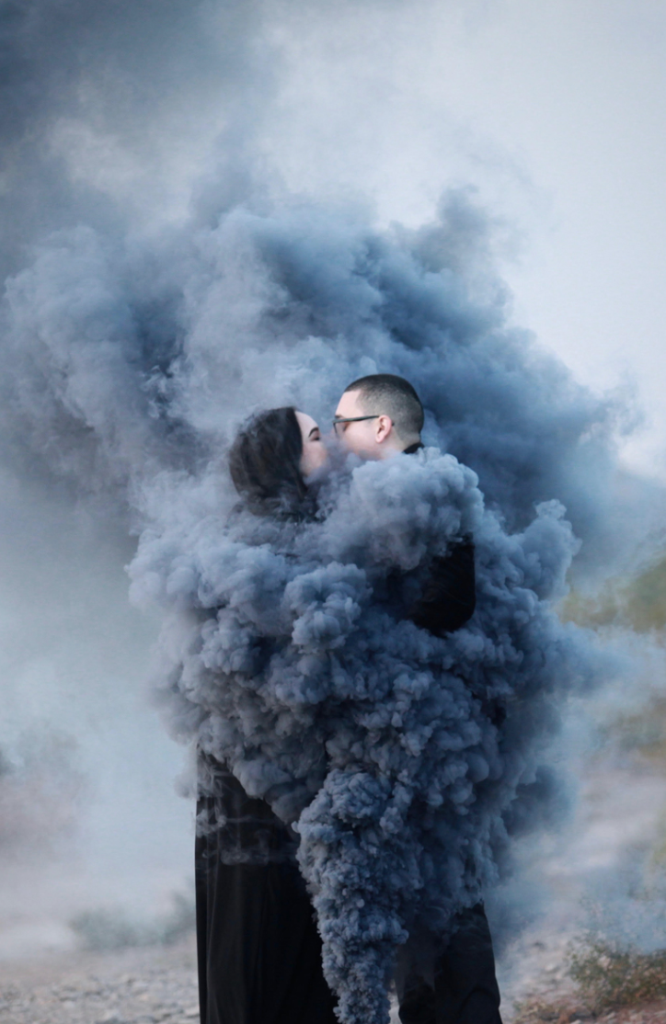