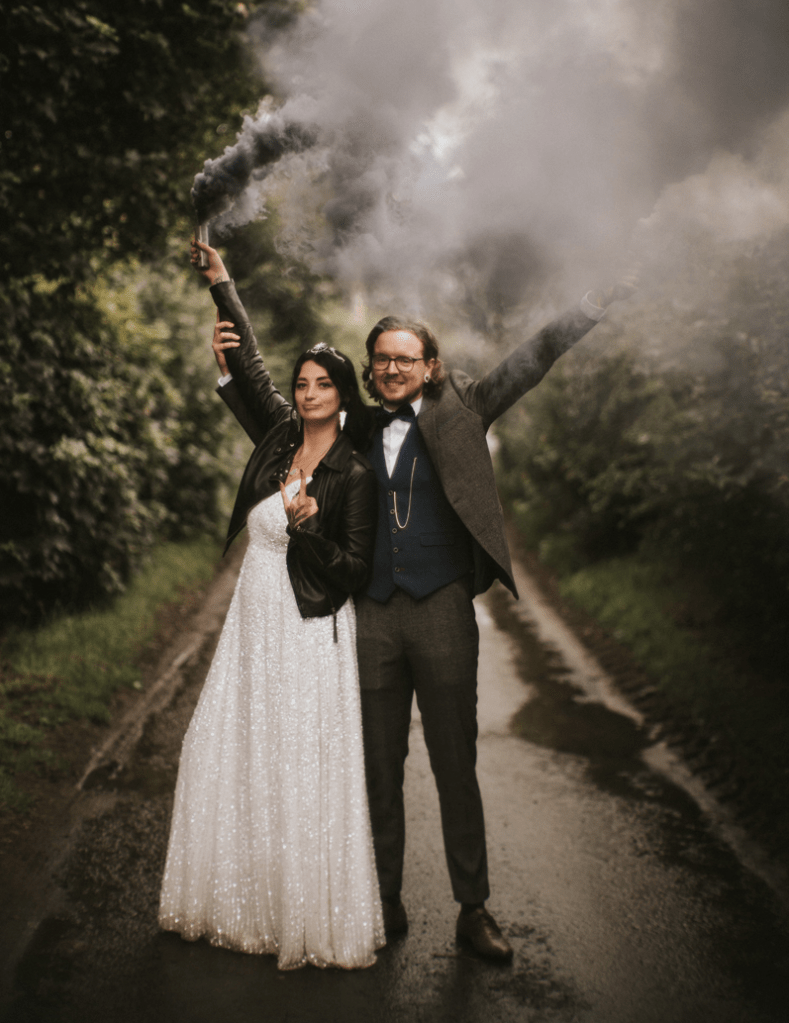 This couple went for a night sky, skulls and rock DIY wedding in the rain

Brad and Joolz had a mostly outdoor wedding day planned, and it being scorching hot the week before, it chucked it down all day. Rather than stress about it through, they grabbed some umbrellas, moved their ceremony inside the tipi and embraced the chaos.

The bride planned the day herself, and wanted a mini festival feel with elements that felt like ‘them’. She loves the star and moon motifs and they both love skulls so that’s where her inspiration began. She loves anything to do with the night sky, skulls and Rock n Roll, so she basically spent two years collecting things from second hand shops to dress a venue with. In the final weeks leading up to the wedding, she handmade all of the centerpieces by using ethically sourced deer skulls, pieces of sponge and bags of moss and dried leaves. The couple’s favorite times are those spent with friends and family have always involved a bonfire in a garden, camping, great music, yummy food, with amazing company. So, when it came to the theme of the wedding, they wanted to amplify that.

The day was held at Lester Meadows in Cheshire and they hired tipis and furniture from Tipi Unique. This ended up being the biggest chunk of their £12,000 budget, but they saved on their outfits: her dress was ASOS, his suit was Burton, the flowers – these were DIY from bunches bought at the supermarket, and catering as their next door neighbor happened to be an amazing chef. The bride made the star and moon clips that went in the bridesmaids’ hair. A lovely family friend Angela made the handfasting rope and Brad made and painted all the signs that directed everyone to the country field venue. The invitations were designed by graphic designer friend Rosa for free. All of the plates and cutlery were bought from eBay, and they were 100% organic biodegradable, made from wood and palm leaves. 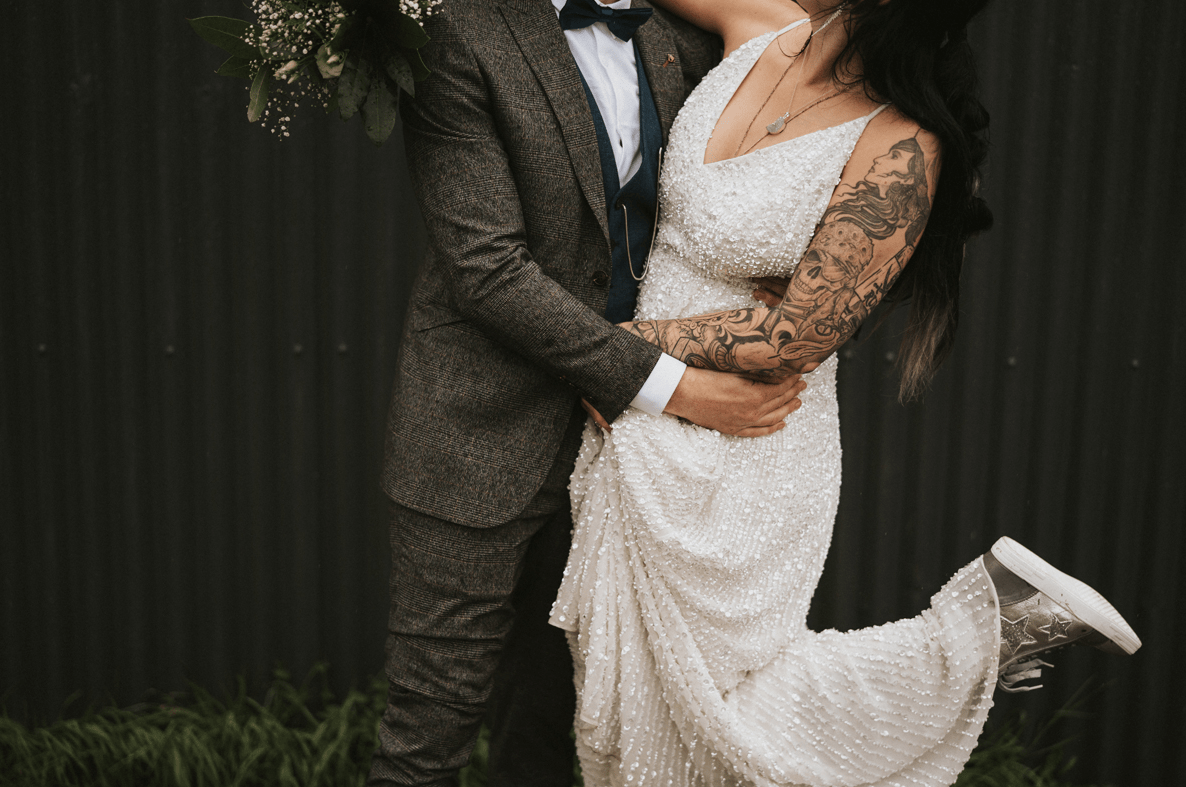 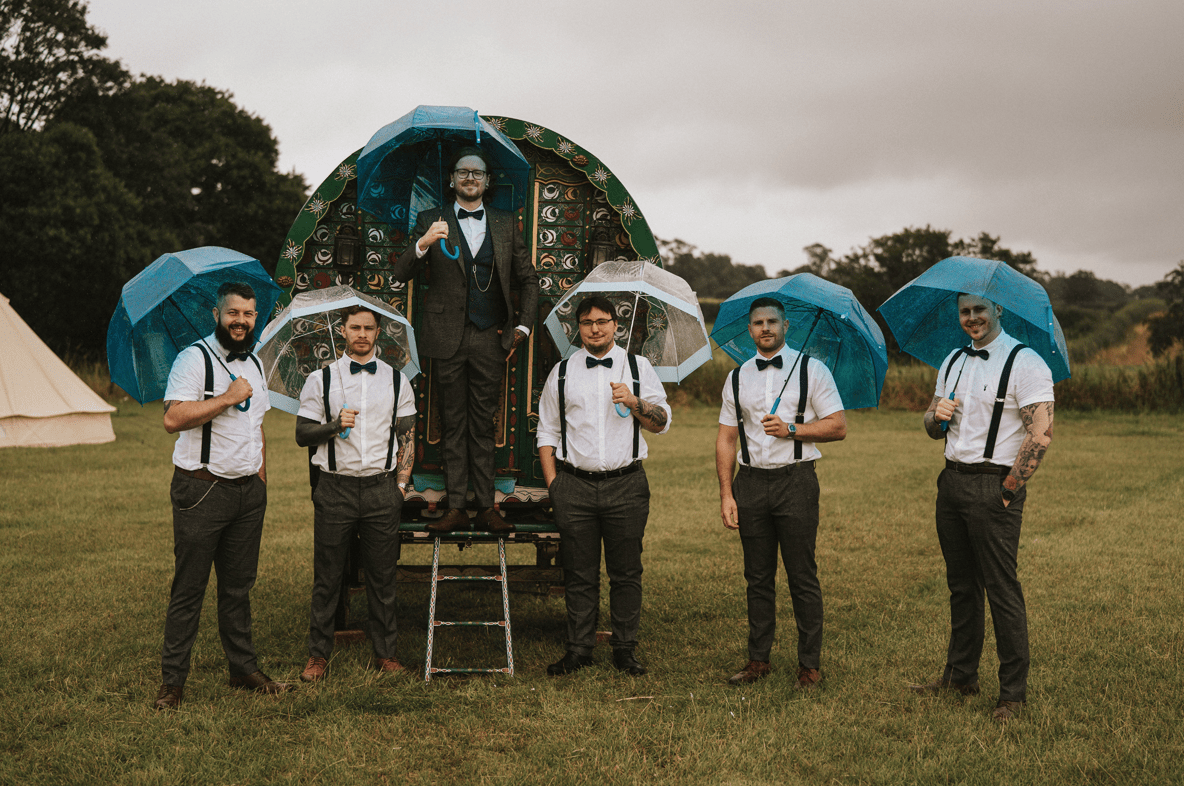 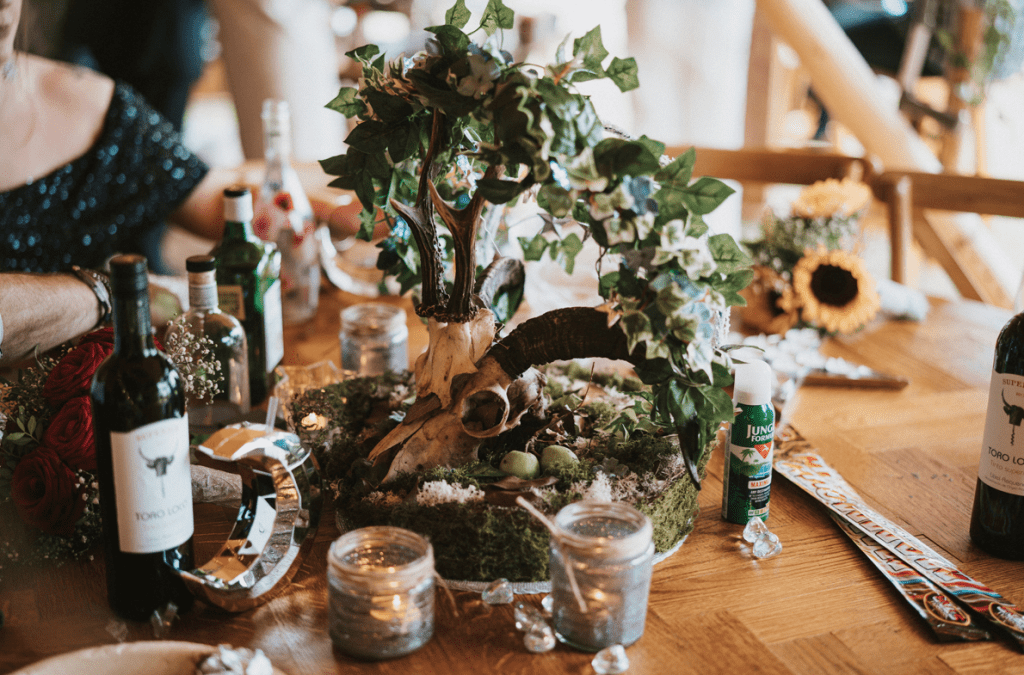 Almost all the decor was crafted byt the bride herself, which took some time and effort 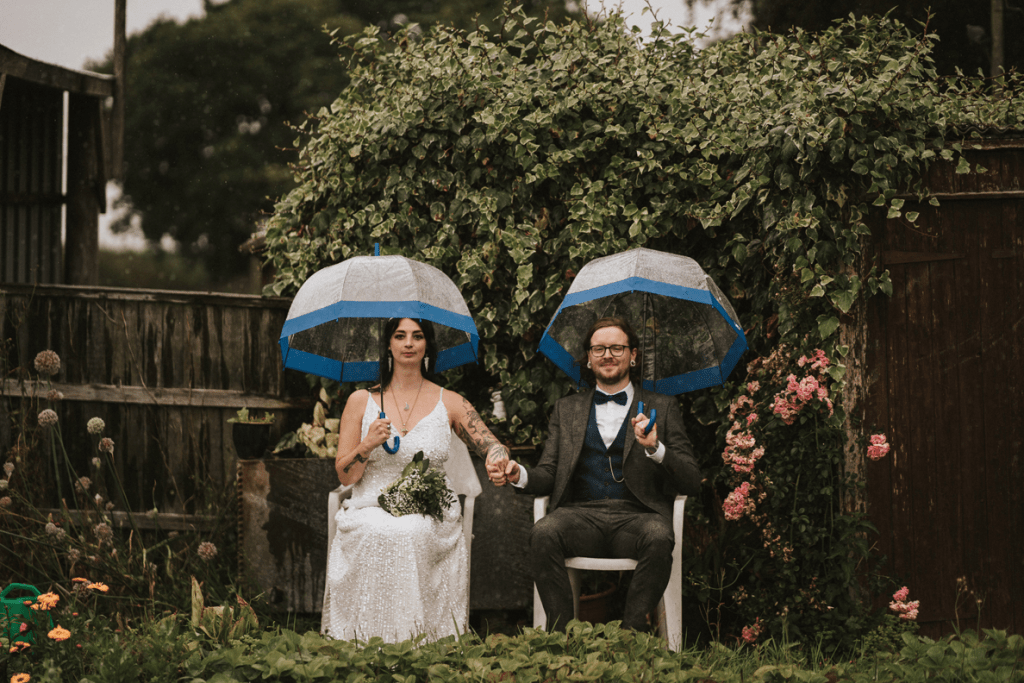 The couple didn't care about the rain, just relaxed and had fun at the wedding 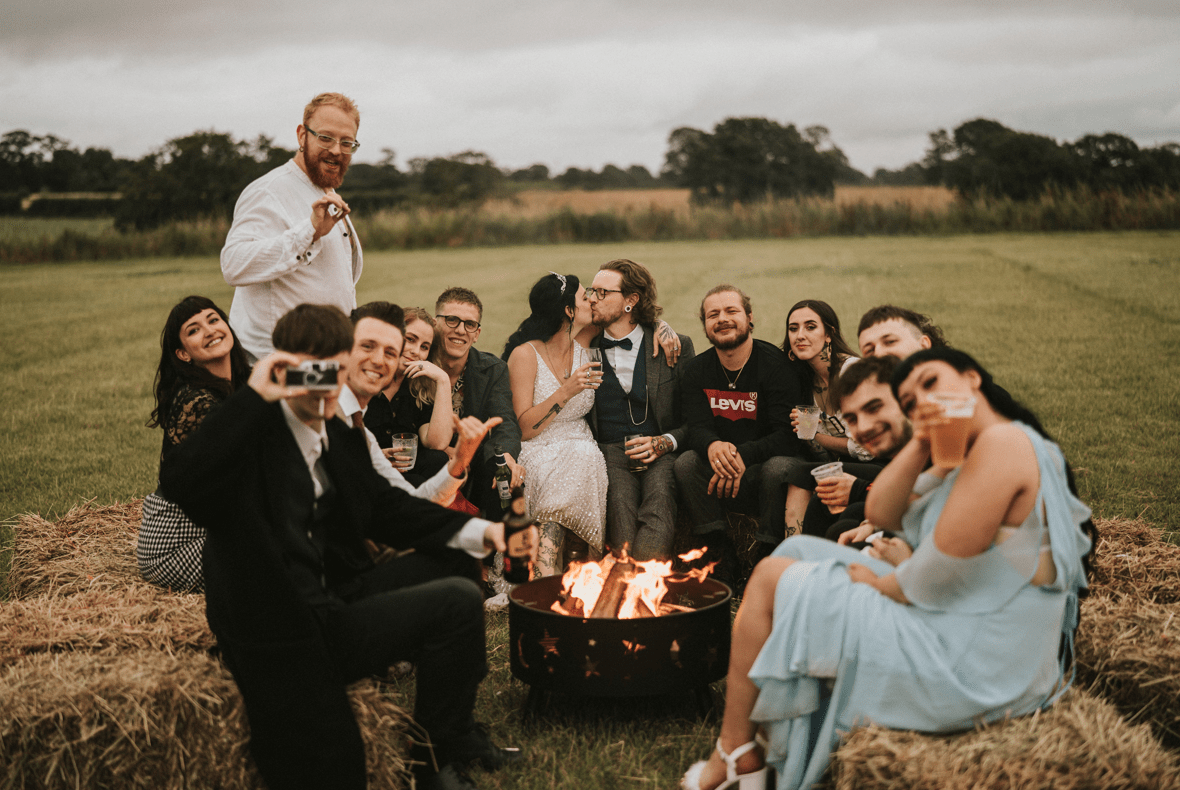