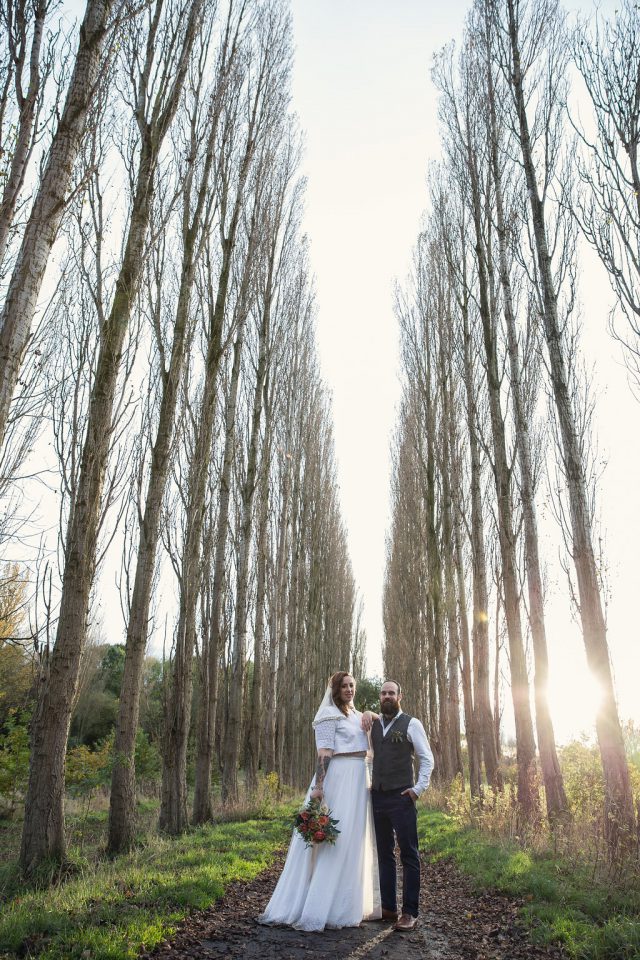 Lucy and Andy wanted to have a very relaxed and informal day with a nod to the bride’s love of Mexico and travelling.

It wasn’t a Dia de los Muertos wedding but nuptials included some touches and traditions of this country that the bride loves most of all. They didn’t do a lot of the traditions such as speeches, first dance, and bouquet throwing as they made them feel uncomfortable. This couple wanted the wedding to reflect what they were, so they included only the aspects they liked.

The biggest saving was using a venue that isn’t a wedding venue. The couple used a sports hall and decorated it themselves. The bride did practically all the crafting and made most of the decor items for the wedding. She crafted hessian table runners which she attached a coral pompom trim down both sides of. She also planted succulents in tin cans that she had sprayed copper and small terracotta pots. Lucy found some white crotchet pots which worked beautifully. The couple gave the guests the majority of the succulents and cacti as favors and made little flags to stick in the pots and stamped people’s names onto them.

For height the bride filled vases with eucalyptus, then dotted the glitter candle holders around them. The guys also used battery powered candles so they were child-friendly and stayed on all evening. The bride made some little goody bags for the children and she found some beautiful mini papel picado place cards and hand wrote them all out.

Lucy wore a two piece wedding dress from Faith Caton-Barber with a pompom trim veil. The bridesmaids were dressed in Mexican-styled gowns, and the groom wore blue pants, a grey vest and a white shirt. 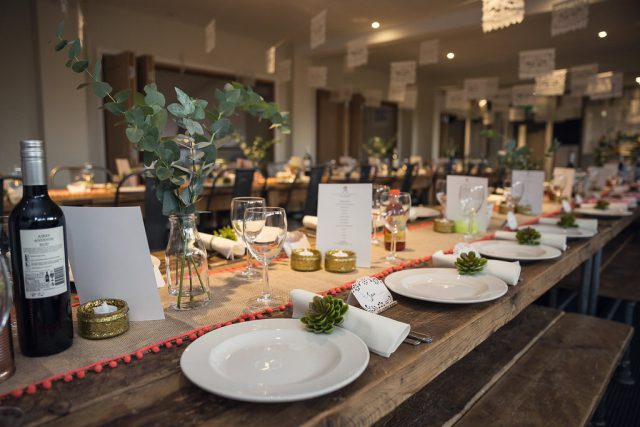 The wedding was almost totally DIY, and all the crafting was done by the bride 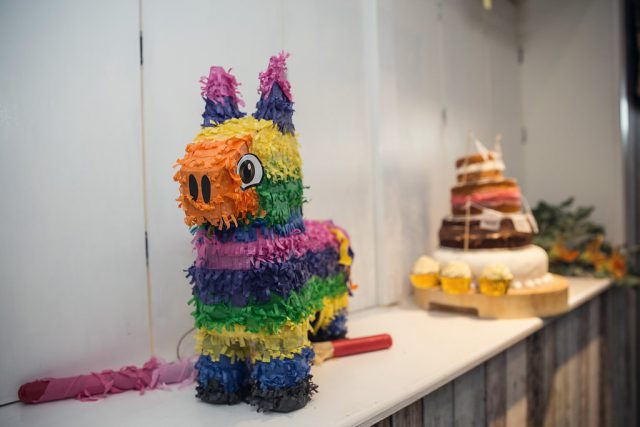 The guest book was a colorful pinata 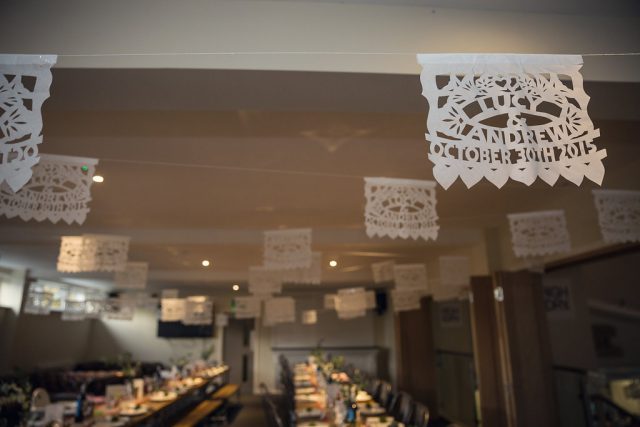 White paper picado was used to decorate the venue 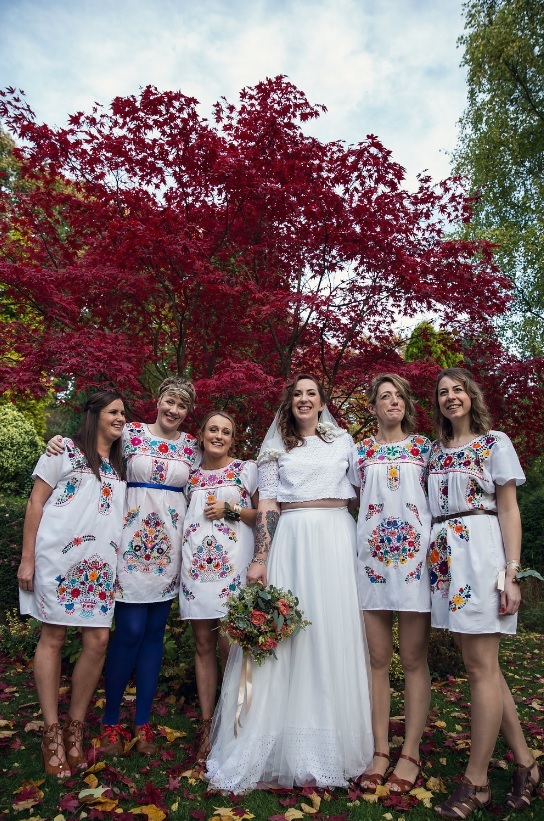 The bride was wearing a two piece wedding dress, and the bridesmaids rocked Mexico-inspired dresses 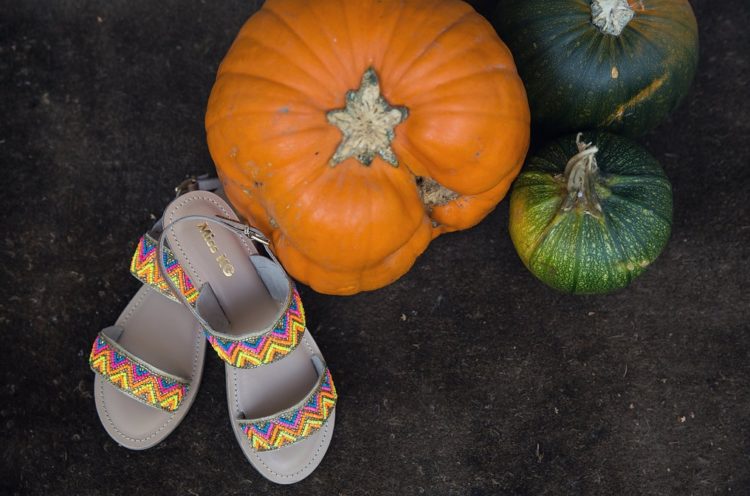 She also preferred a pair of colorful sandals to heels 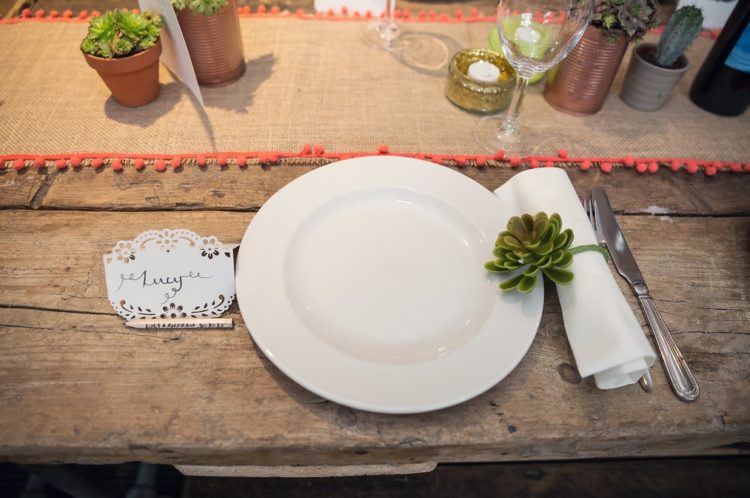 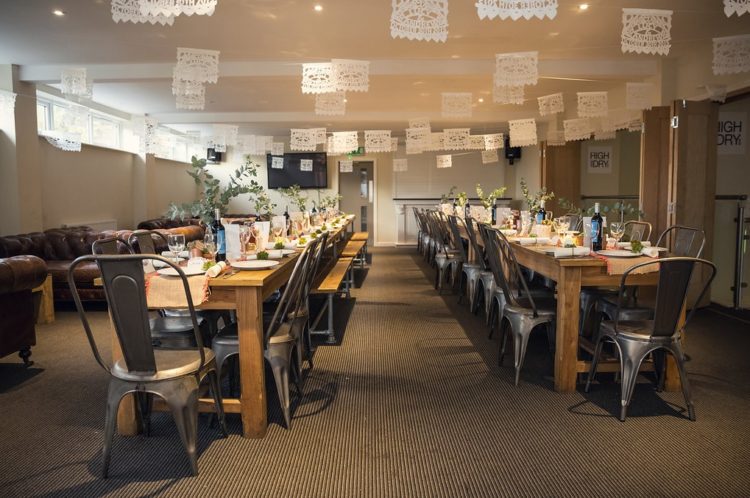 The venue was a sports hall, so it was the biggest saving of the wedding budget 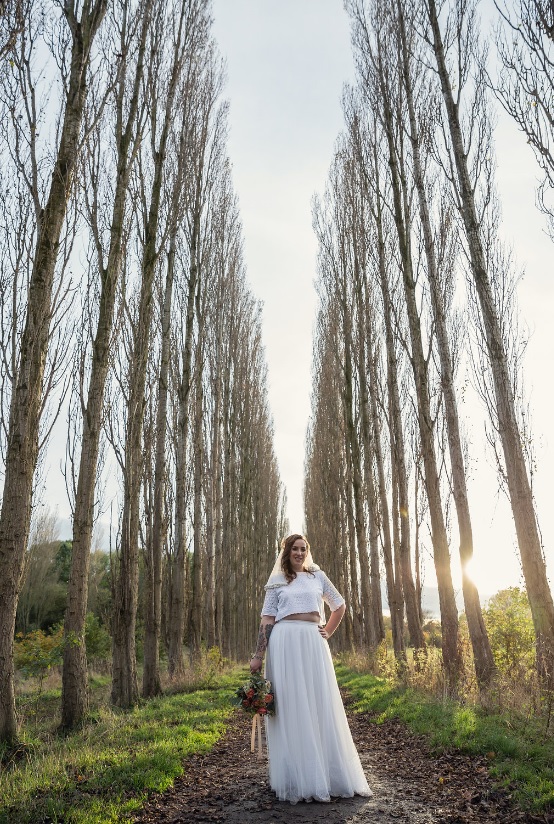