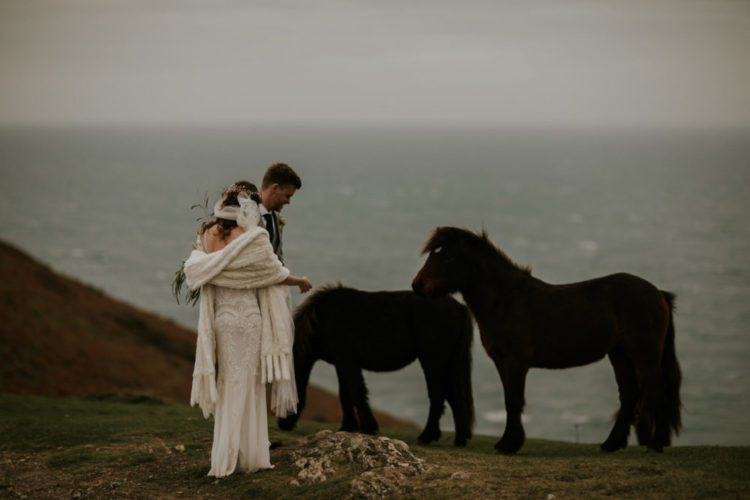 Though winter is still faraway, the winter marrying couples are already preparing hard, and it’s high time to look at some shoots, weddings and elopements to steal a couple of touches and ideas. This dramatic and ethereal elopement is a real wedding, though it’s styled so perfectly that you won’t believe your eyes.

As the bride was from the USA and the groom was from Great Britain, they decided to go for an elopement on the Cornish coast. The bride worked as a wardrobe stylist and creative director of photo shoots in the fashion industry, so she decided to turn the wedding into a piece of art. The inspiration came from ancient legends and love stories, such as Tristan and Isolde, and from the sea – mermaids and all things ethereal. The color scheme was of off-whites and creams with muted golds and metallics, and as the groom’s favorite color is green – they went with a very pale seafoam. The florals chosen were anemones, ranunculus, and sweeping trails of eucalyptus. The whole feel was like a fairy-tale or a legend, something really magical.

The outfits were timeless and glamorous inspired by the 1920s. The bride was wearing a sheath embellished dress with seed pearls and an ethereal soft English tulle veil worn in a bohemian draped style. The groom was wearing a grey suit, white dress shirt, black silk tie and pocket square. His ensemble was completely dapper and timeless.

The wedding cake was a two-tiered one, with small sugar pearl details, gilded leaves and petals emanated understated elegance and timeless bohemian beauty. The base of the cake was in a pale shade of seafoam, and the flavour was an absolute divine combination of elderflower and lemon. Look at the pics below and steal some details for your own wedding! 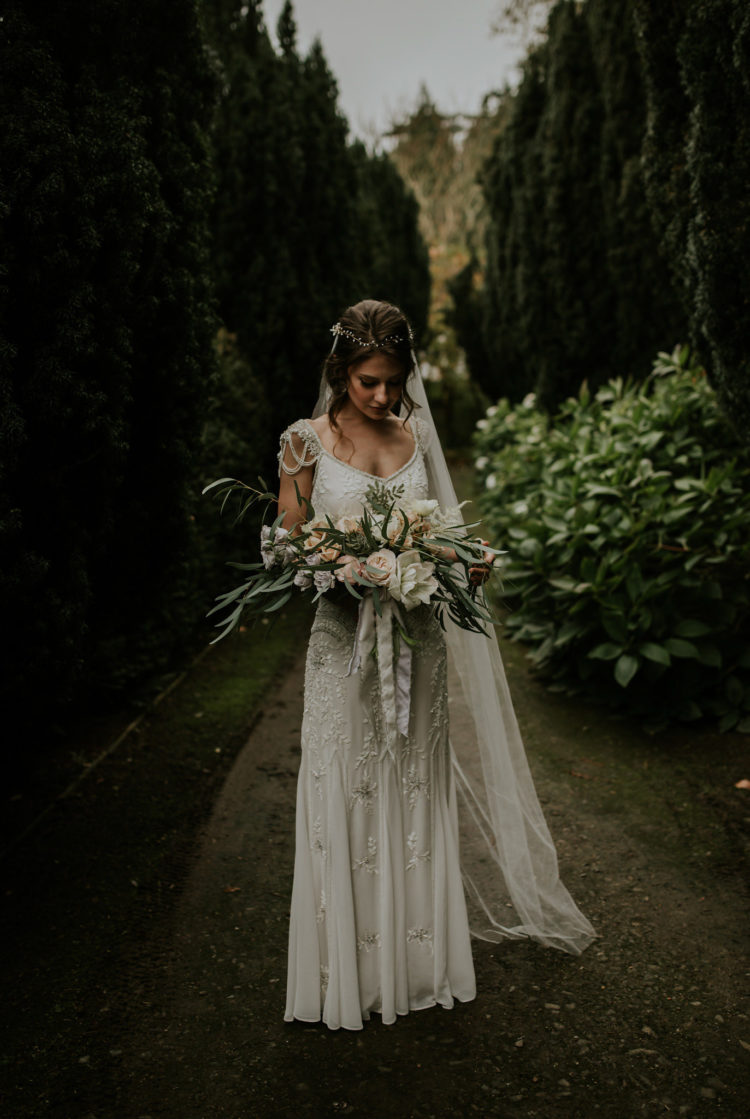 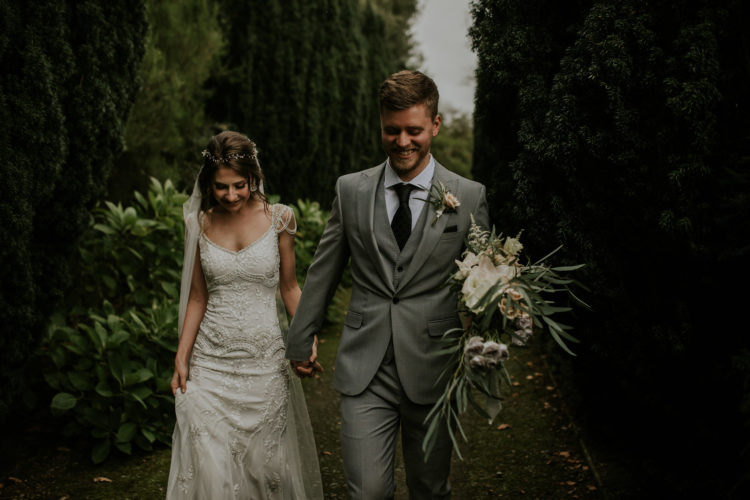 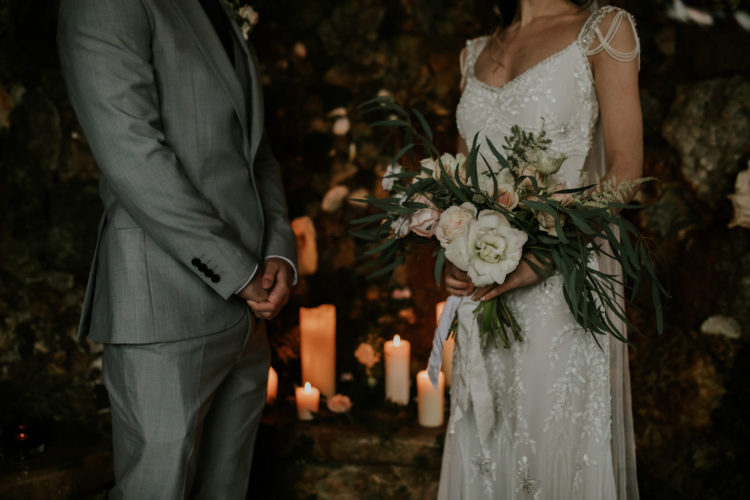 The wedding bouquet was a neutral one, with blush and white blooms and greenery, it was very delicate

The couple went through an Irish tradition with hand fastening 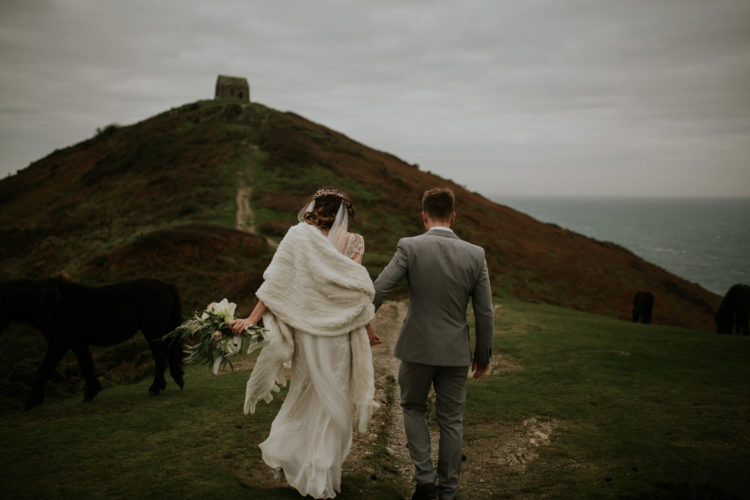 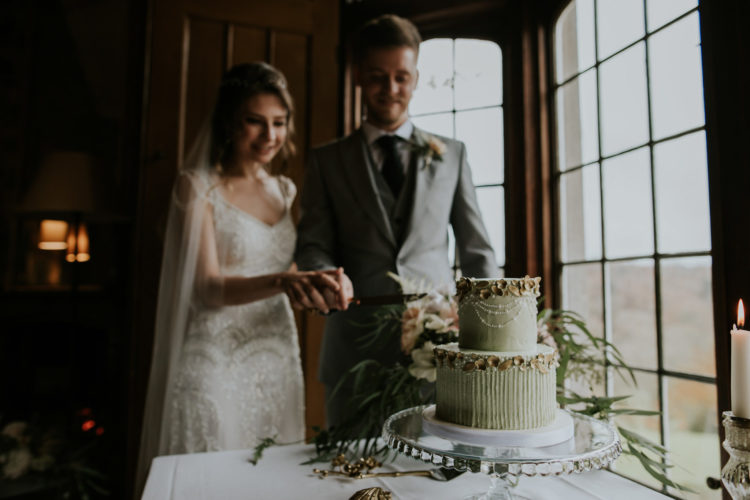 The wedding cake was sea foam colored with edible embellishments 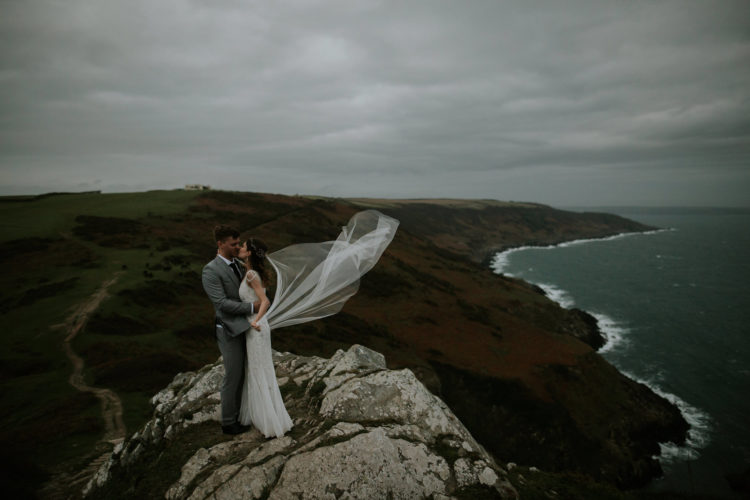