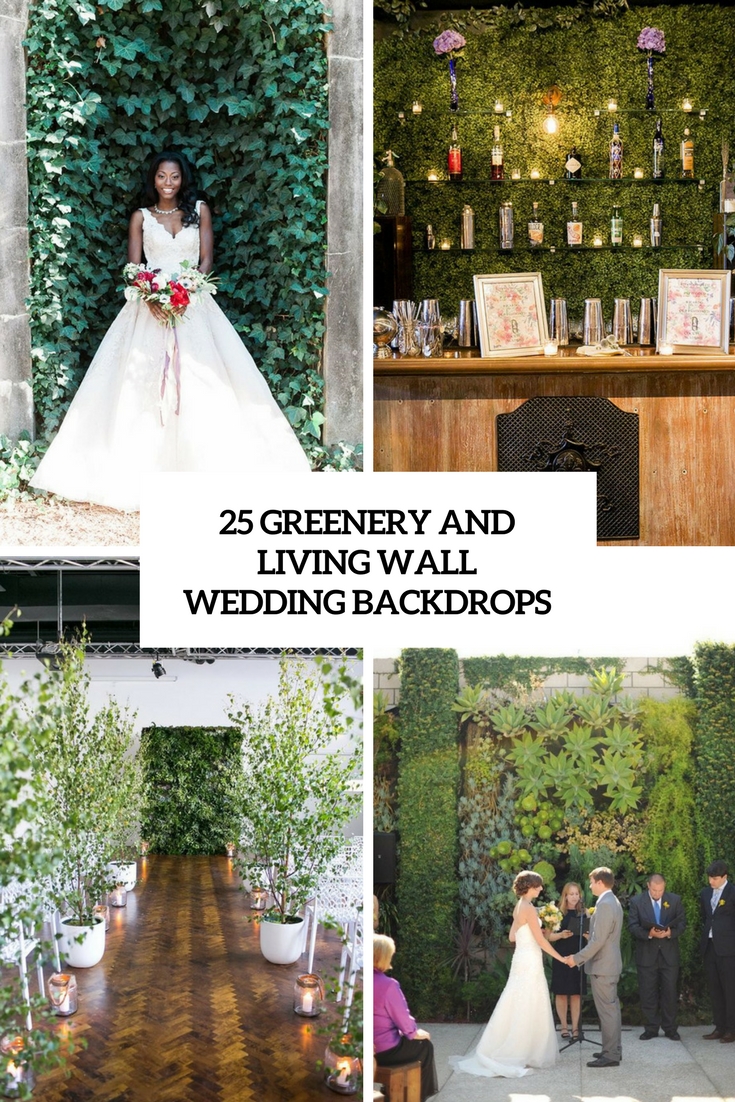 Floral walls became a popular idea for rocking as a backdrop, they are very sweet and romantic but as the non-floral decor trend started popping up, greenery walls took their place. Greenery and living walls are very popular for wedding decor, both indoors and outdoors, and they are used not only as wedding backdrops but also for various stations and lounges. They can easily fit a lot of wedding themes and styles and can be configured and decorated in various ways. Let’s have a look at the coolest and freshest ideas.

Greenery and living walls are very popular for indoor weddings because they tend to turn your space into a forest or garden. Add potted plants along the aisle and voila – your venue feels like an outdoor one! Such walls can be also used outdoors – go to a botanical garden for a real living wall or install it wherever you want to bring your own piece of nature there. A greenery wall can be comprised of leaves, succulents, air plants and moss but if you want a more romantic feel, you may add some lush blooms on top or just frame the wall with a floral garland. Decorate the living wall with your monograms or with a quote you like and enjoy! 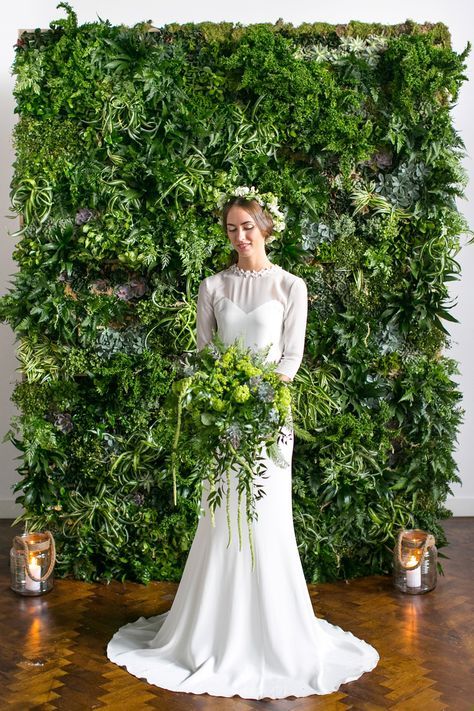 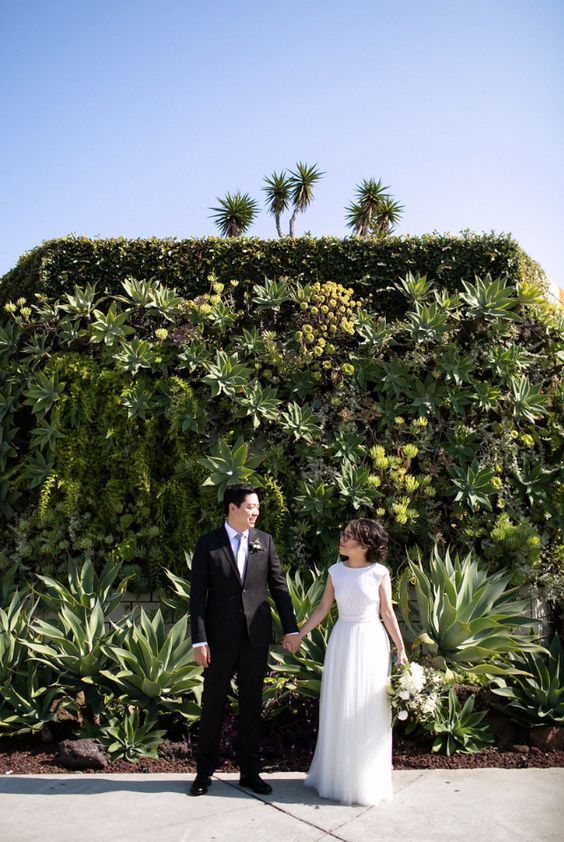 a gorgeous greenery living wall backdrop with succulents, moss, leaves and air plants plus large succulents at the base 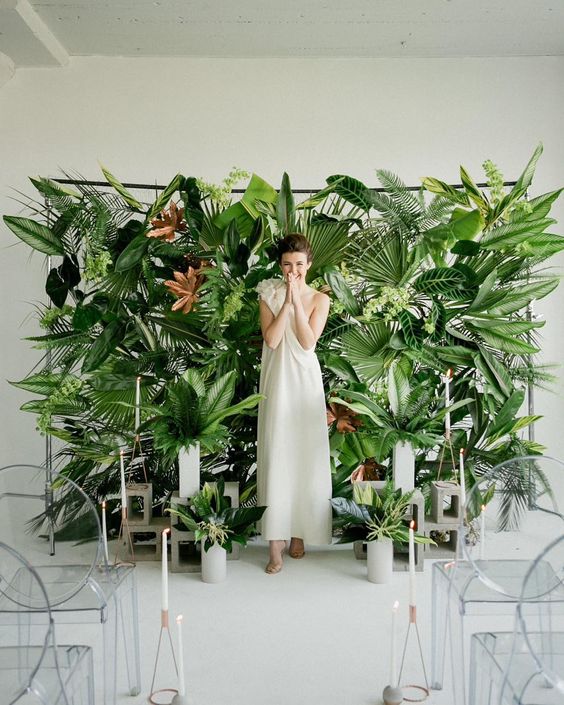 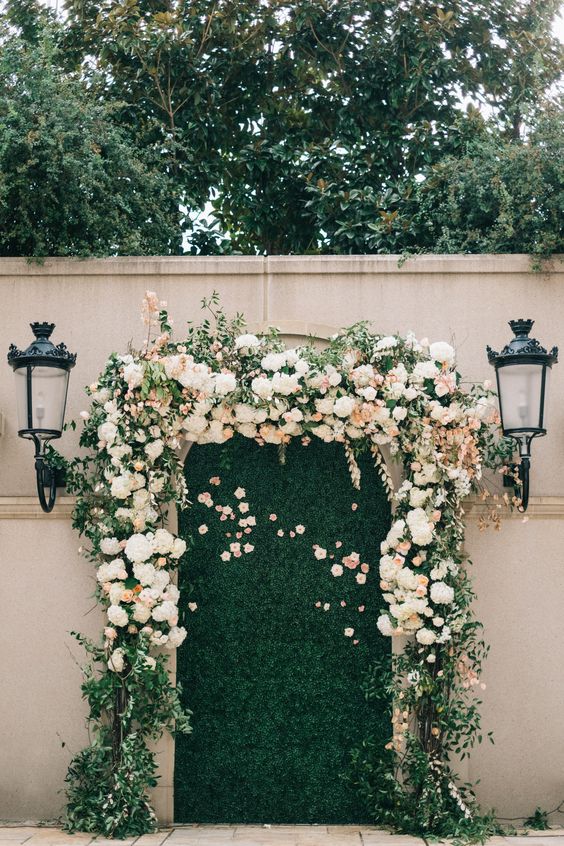 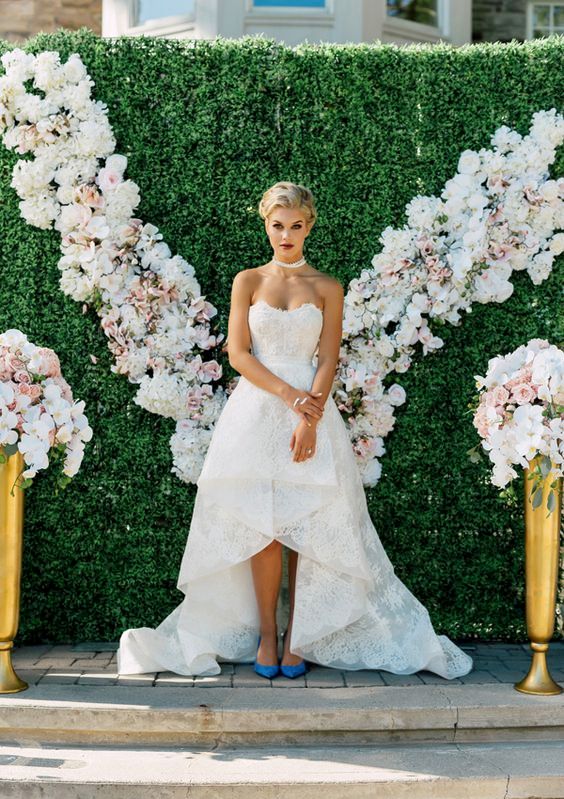 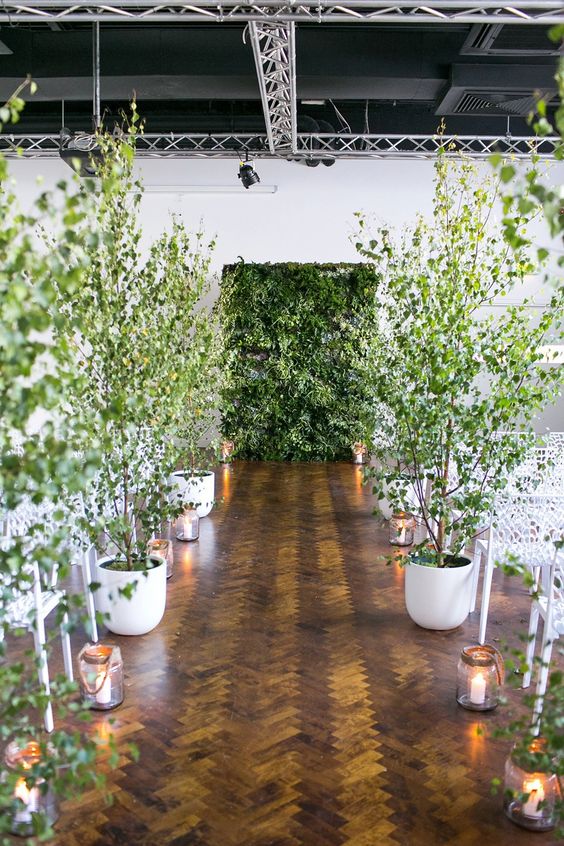 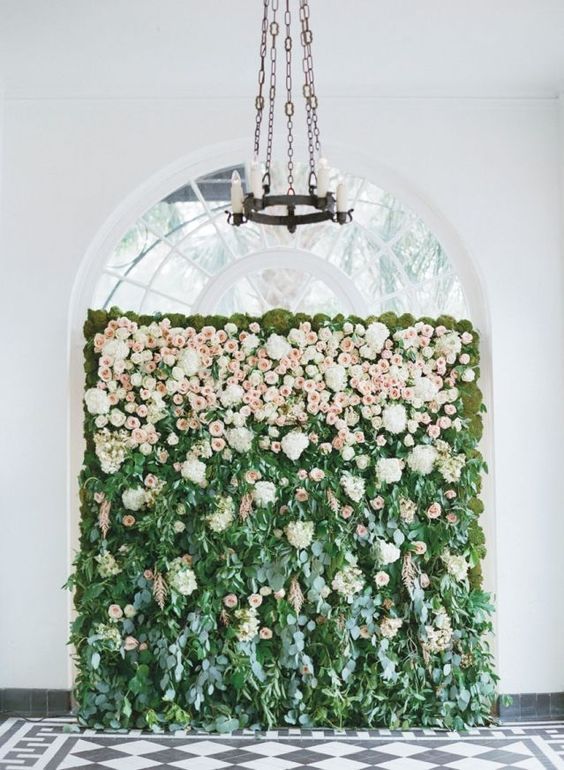 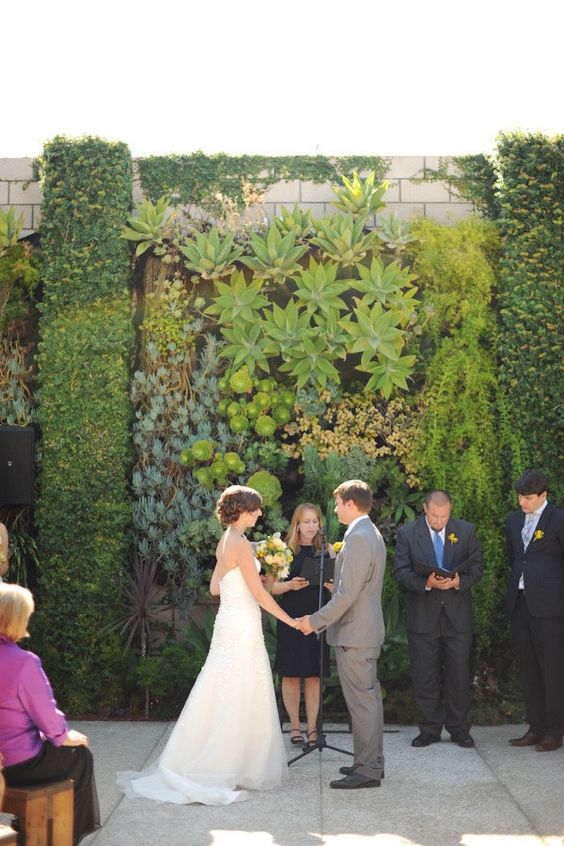 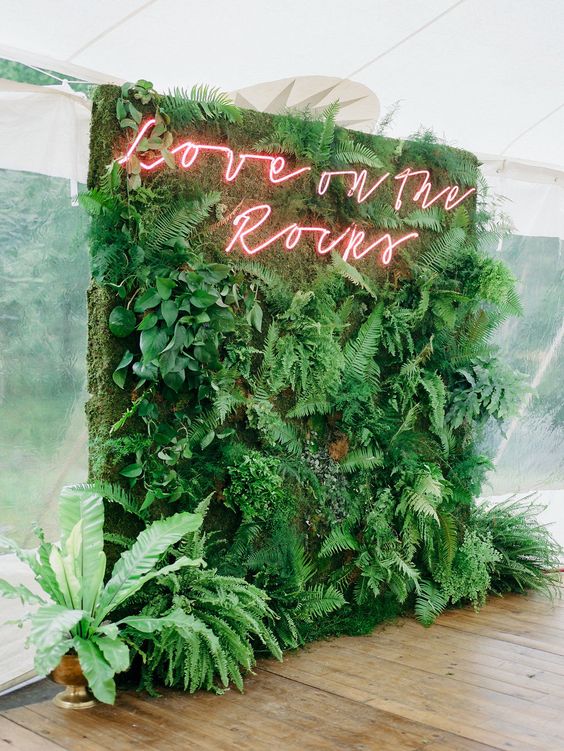 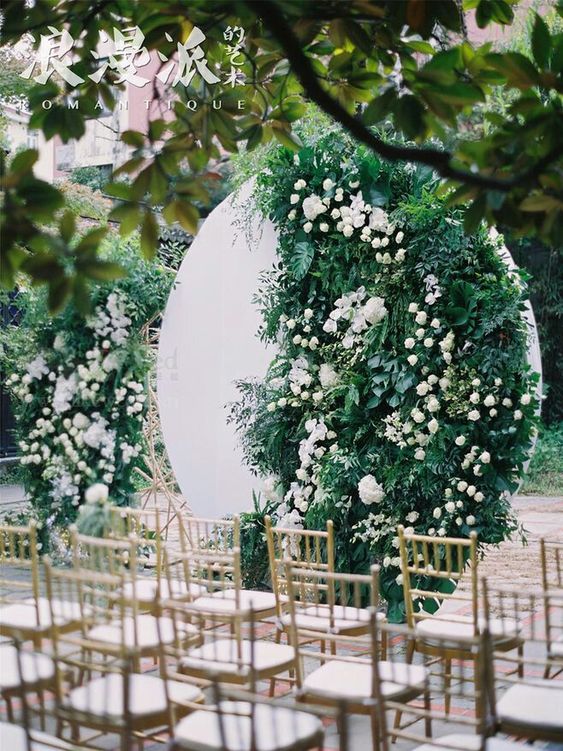 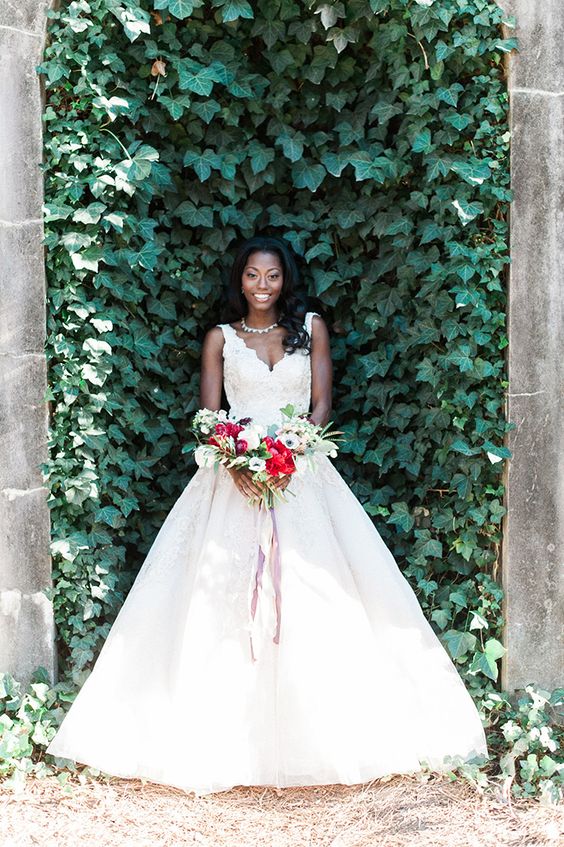 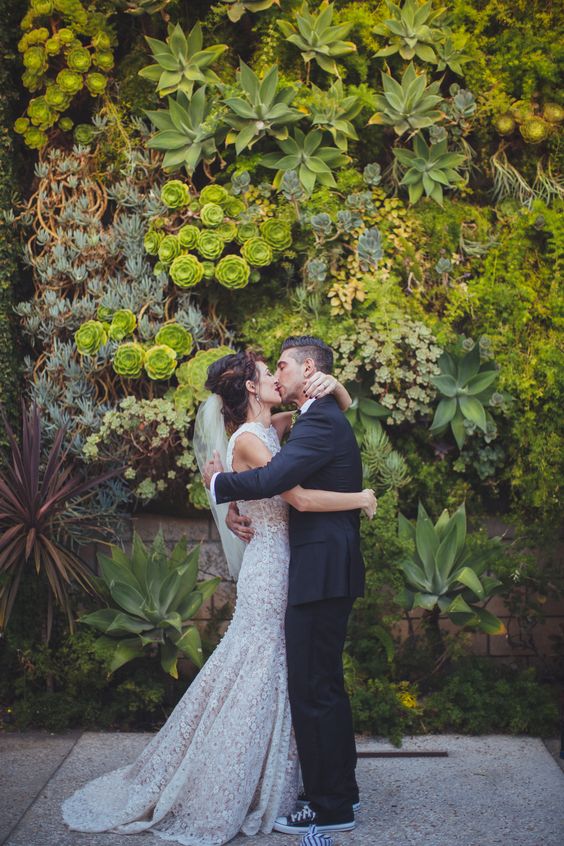 a real living wall with moss, succulents and herbs us a gorgeous wedding backdrop idea 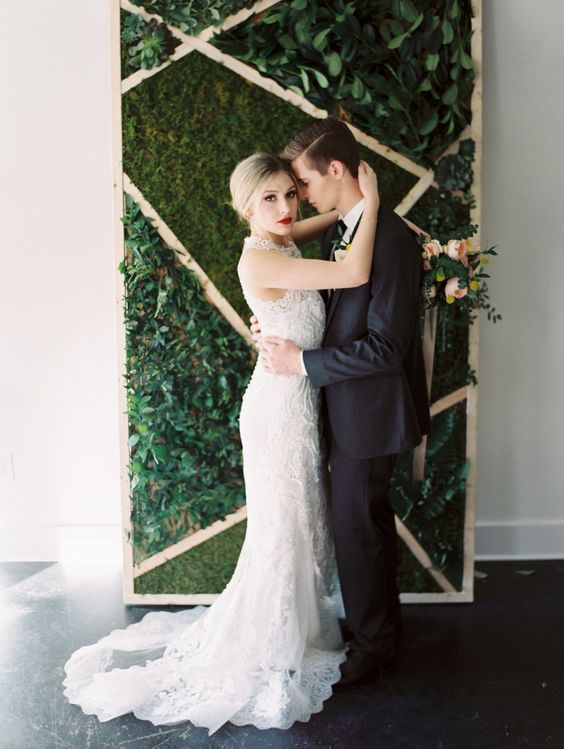 a modern living wall with greenery, moss and geometric lines for a trendy and bold look 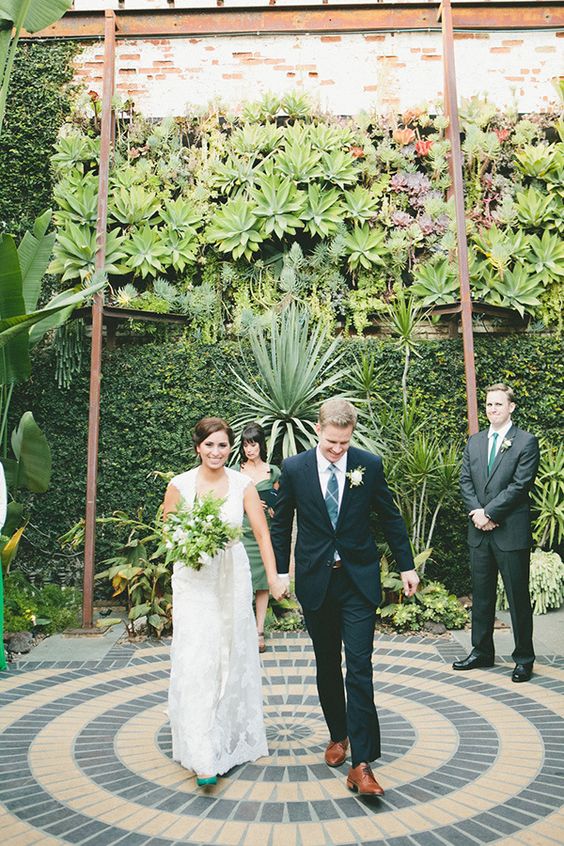 a real living wall of greenery, succulents and air plants for a gorgeous outdoor wedding backdrop 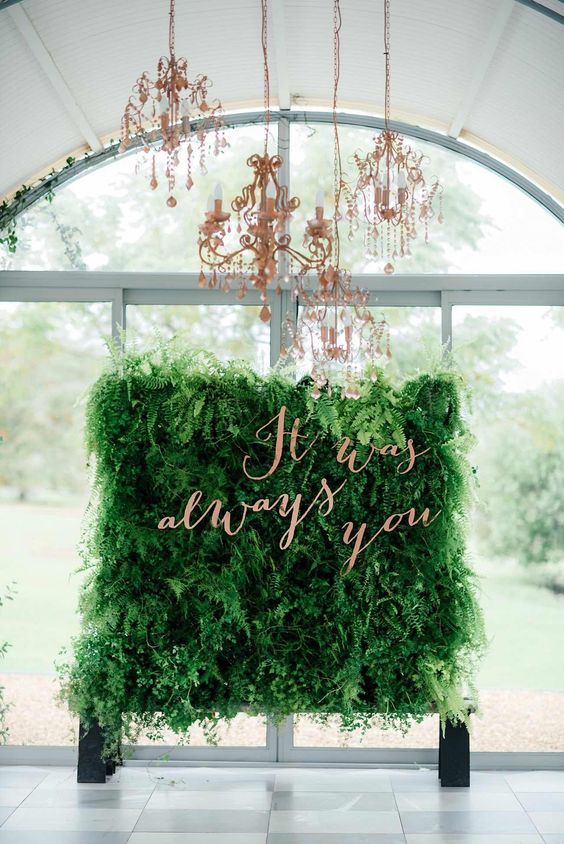 A greenery or living wall can be a very nice backdrop for a wedding bar or station, it’s sure to work nice for any wedding style and theme. Such a wall can be also used for displaying escort cards, they can be attached in a chaotic way or in frames, or you may attach acrylic seating charts to highlight the beauty of fresh greenery and add a modern touch to the space. A greenery wall is a nice backdrop idea for the sweetheart table, and it can be framed, decorated with blooms and calligraphy and other stuff you like. 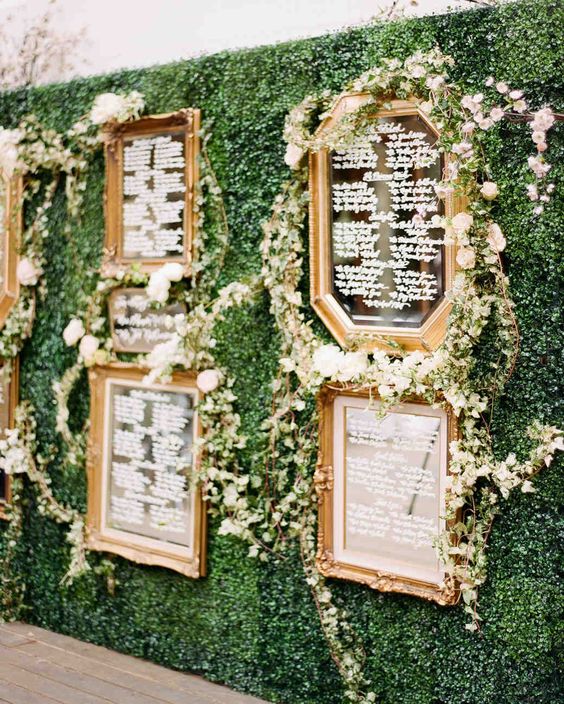 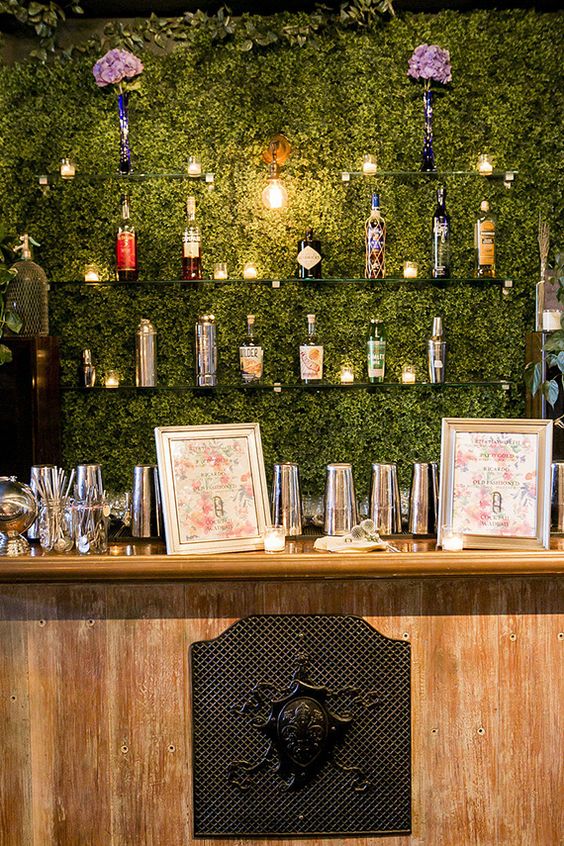 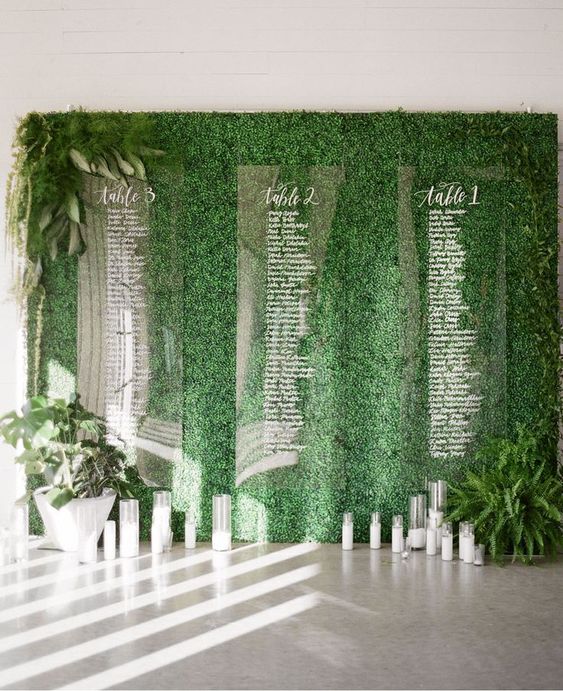 a living wall with acrylic seating charts, candles and potted greenery for an edgy modern look 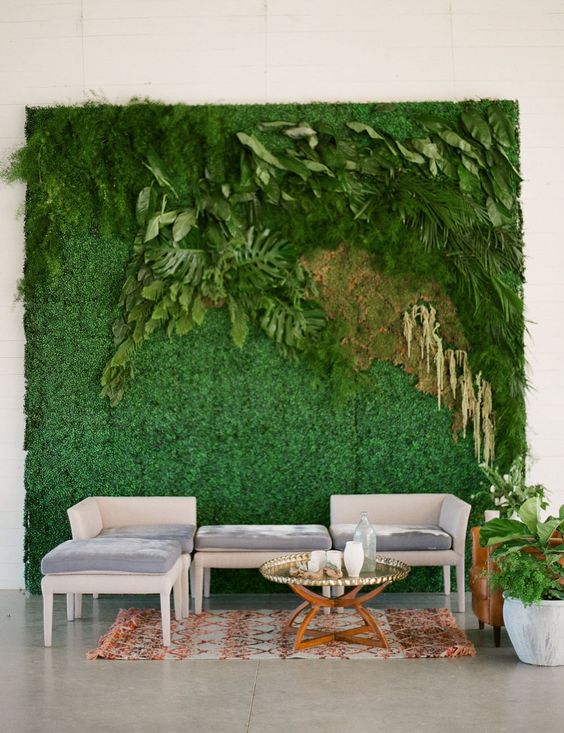 a living wall with greenery, fern and leaves as a wedding lounge backdrop that brings a fresh feel in 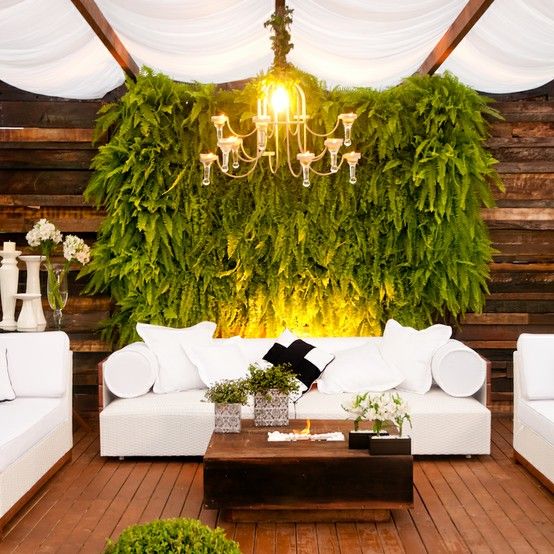 a lush fern wall over the wedding lounge is a gorgeous, trendy and very refreshing idea 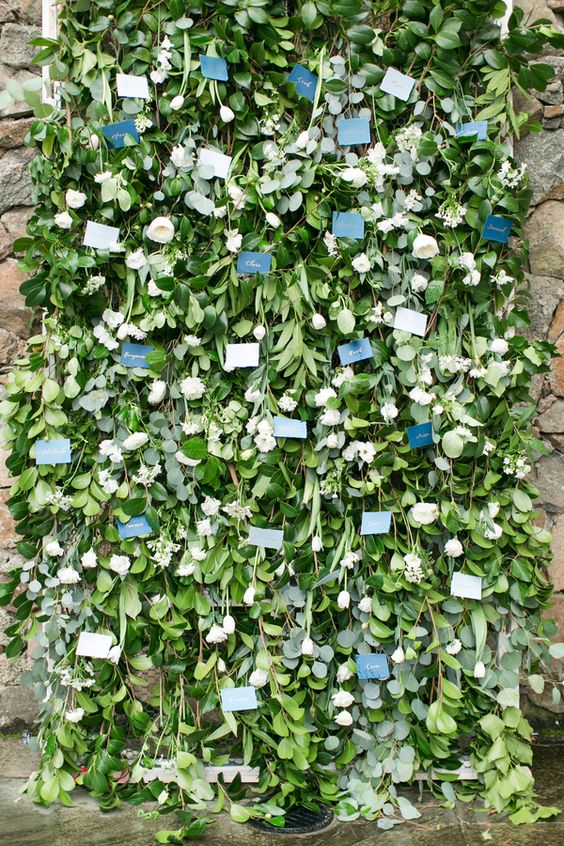 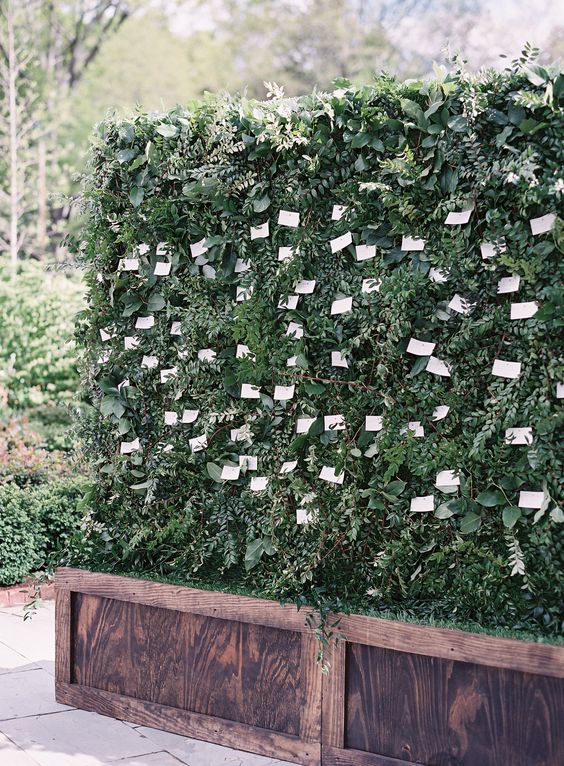 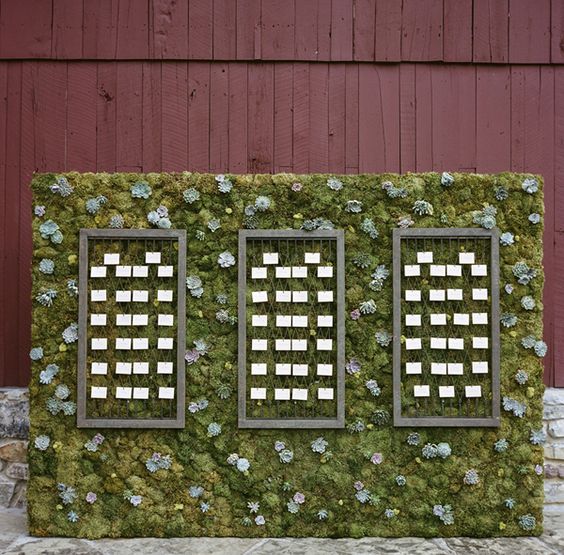 a moss and succulent wall is used for displaying escort cards in frames, what a modern idea 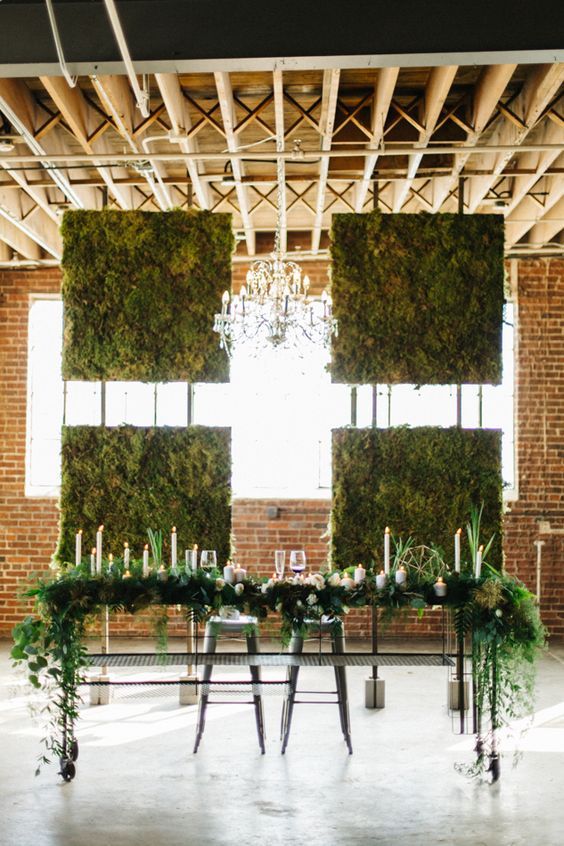 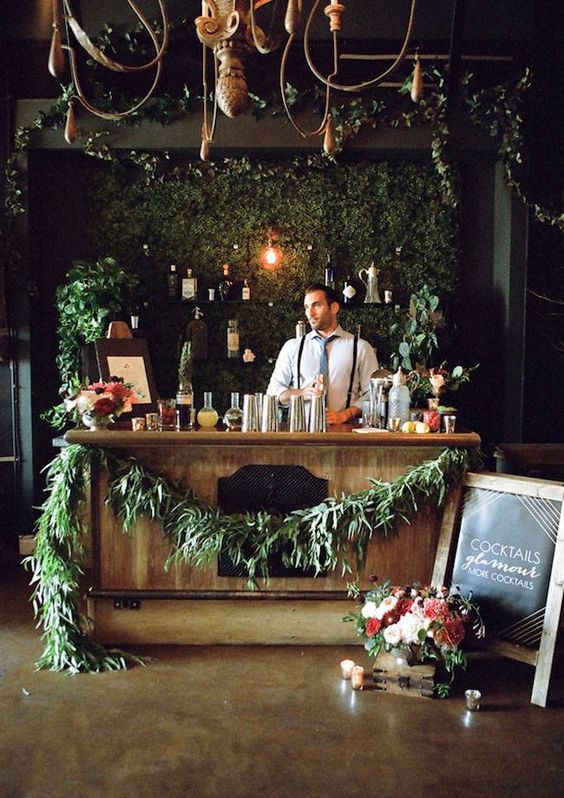