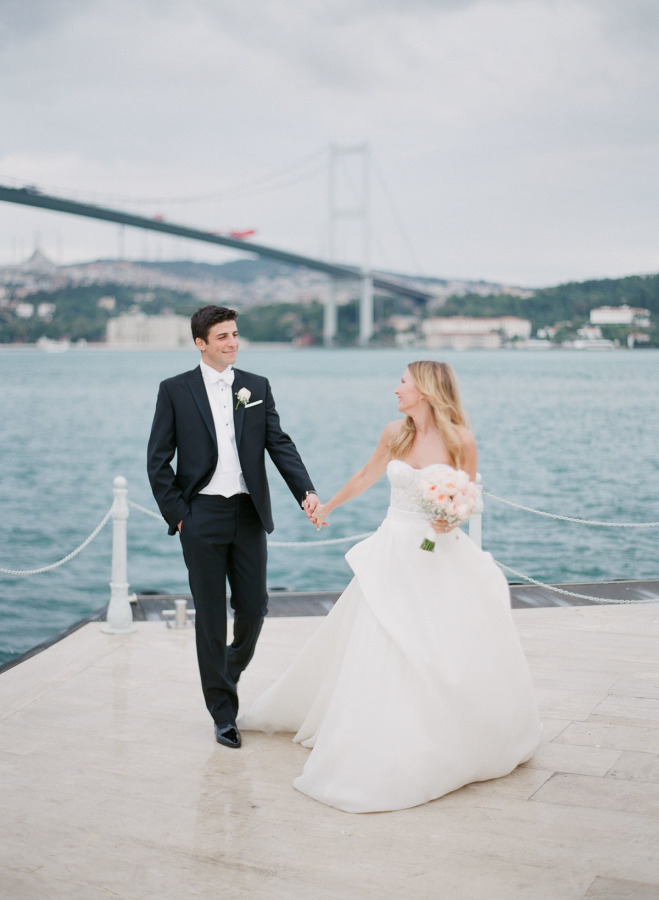 This couple had a multi-cultural wedding on the shores of Bosphorus in Istanbul, 240 guests from 40 countries arrived

This Istanbul, Turkey wedding that combines cultural beauty and classic romance for a day that’s sure to inspire. Have a peek at the photos and don’t miss the ideas of destination wedding planning below.

The groom is Jewish Turkish (though was born in Switzerland and grew up in London), while the bride is Christian British (born in Belgium and grew up in the Turks and Caicos Islands). With all these factors at play, the couple had thought for a long time where they would get married and what type of ceremony they would have. As they both deeply respect each other’s culture and religion, they decided to have a ceremony that would combine both.

The venue chosen was an old mansion originally built in 1875 and gifted to Esma Sultan, the daughter of an Ottoman Sultan. In 1975, it was destroyed in a fire. It has since been redeveloped, keeping its original brick exterior and a new glass and steel structure on the inside. It sits on the edge of the Bosphorus, next to the Ortakoy Mosque and overlooking the Bosphorus Bridge.

The color palette was the palest of pink/blush, gold and white/cream. The flowers were peonies, hydrangeas, baby’s breath and roses. For the ceremony the couple had a chuppah with draping flowers and white chairs lined with baby’s breath, everything was very romantic and sweet. Instead of numbers for the tables, the couple created doubled sided images with photos of them in different cities around the world. There were also a few fun Turkish details and traditions that they included, so everybody could feel the coloring of the country they arrived to. There were about 230 guests at the wedding from around 40 countries, and everybody was excited about the wedding.

Look for more ideas in the pictures below and get inspired! 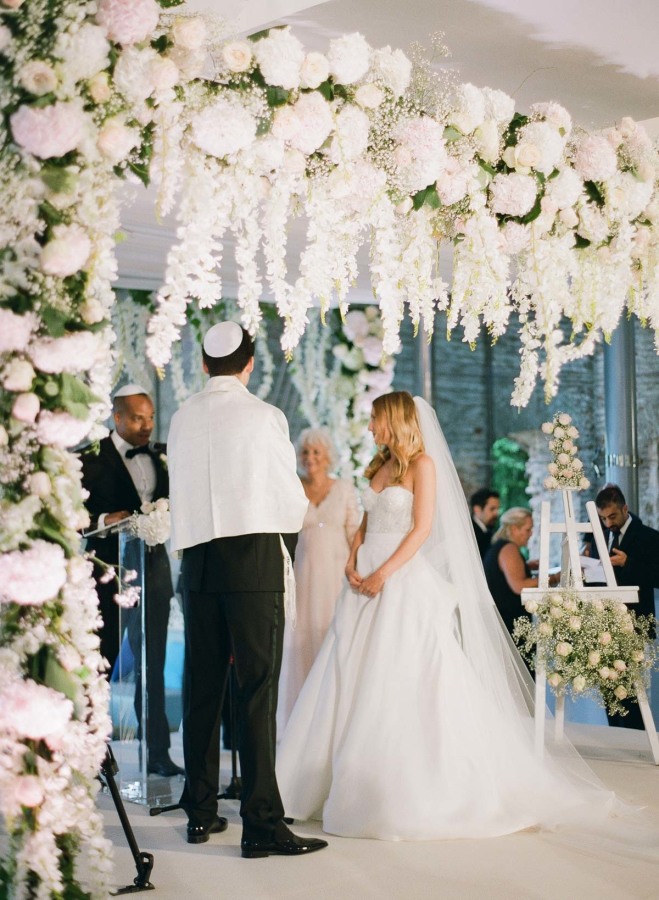 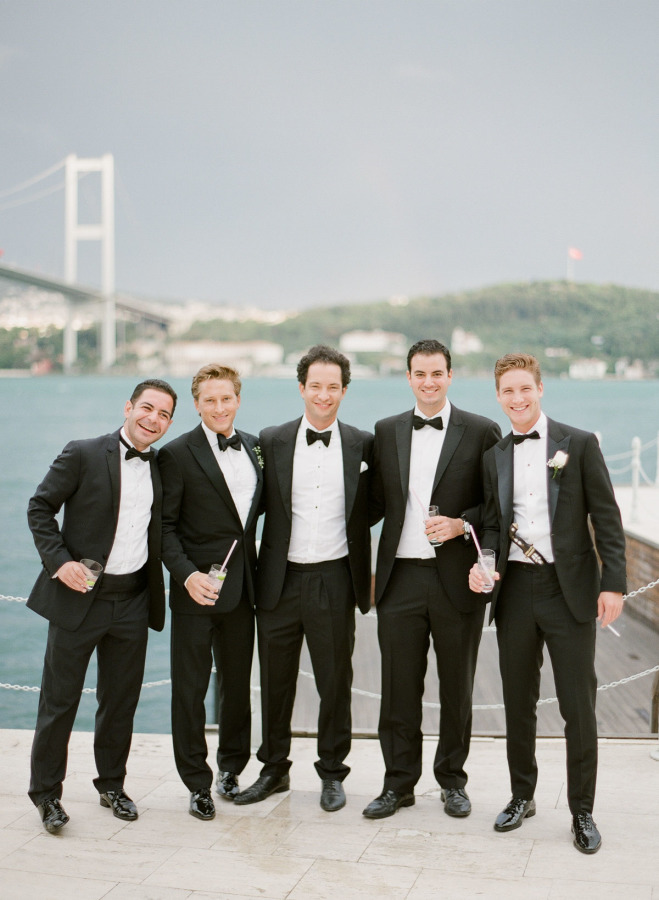 The groomsmen and the groom himself were wearing classic black tuxedos 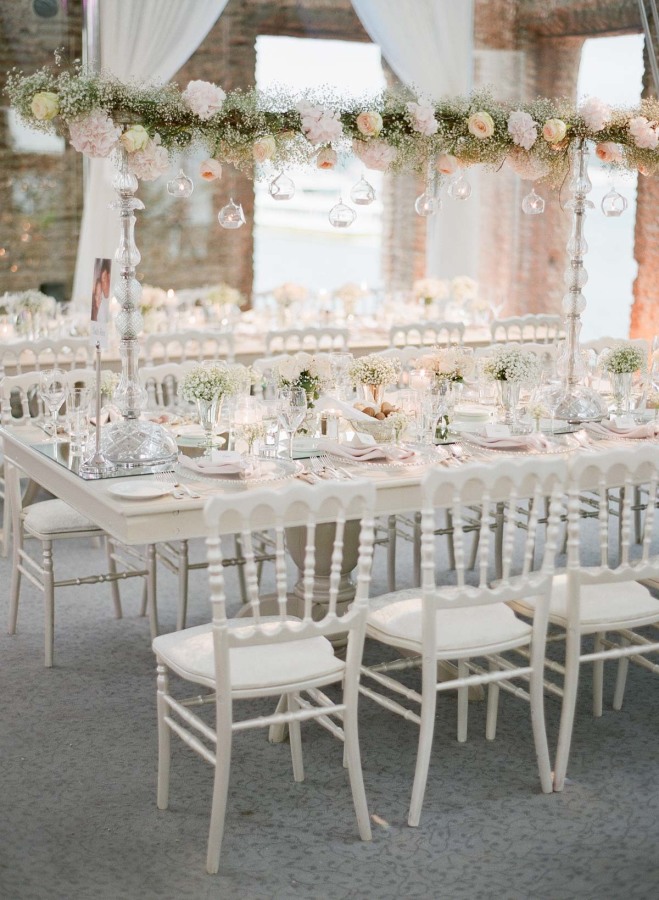 The reception was romantic, with blush flowers and baby's breath arches over the tables 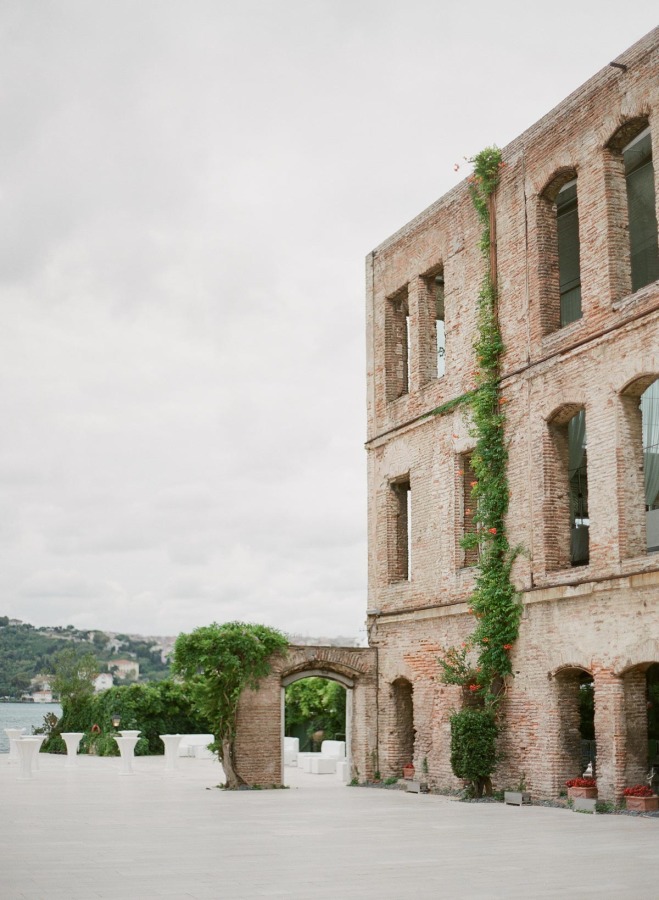 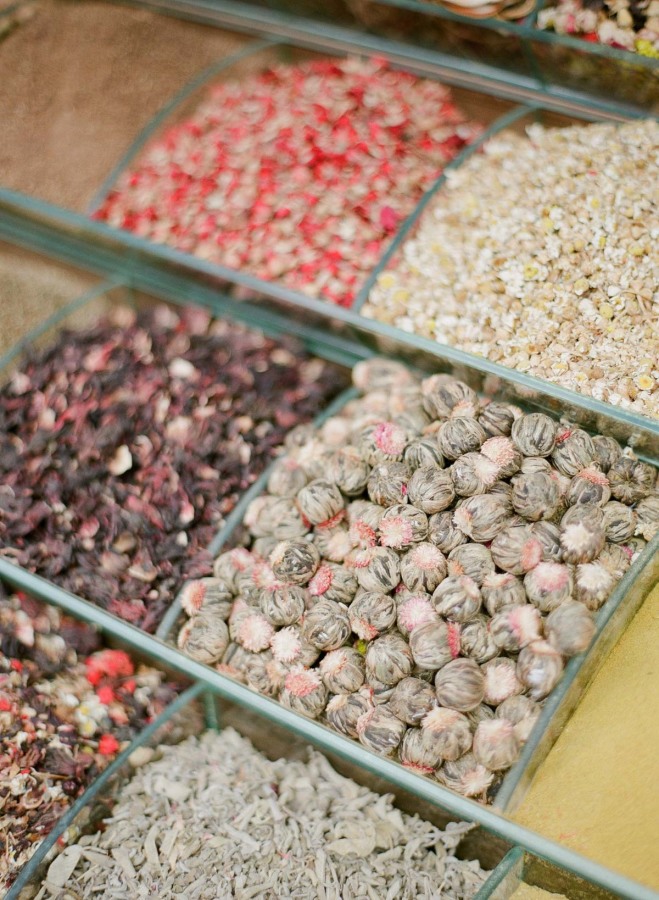 Some traditional Turkish food was included into the menu