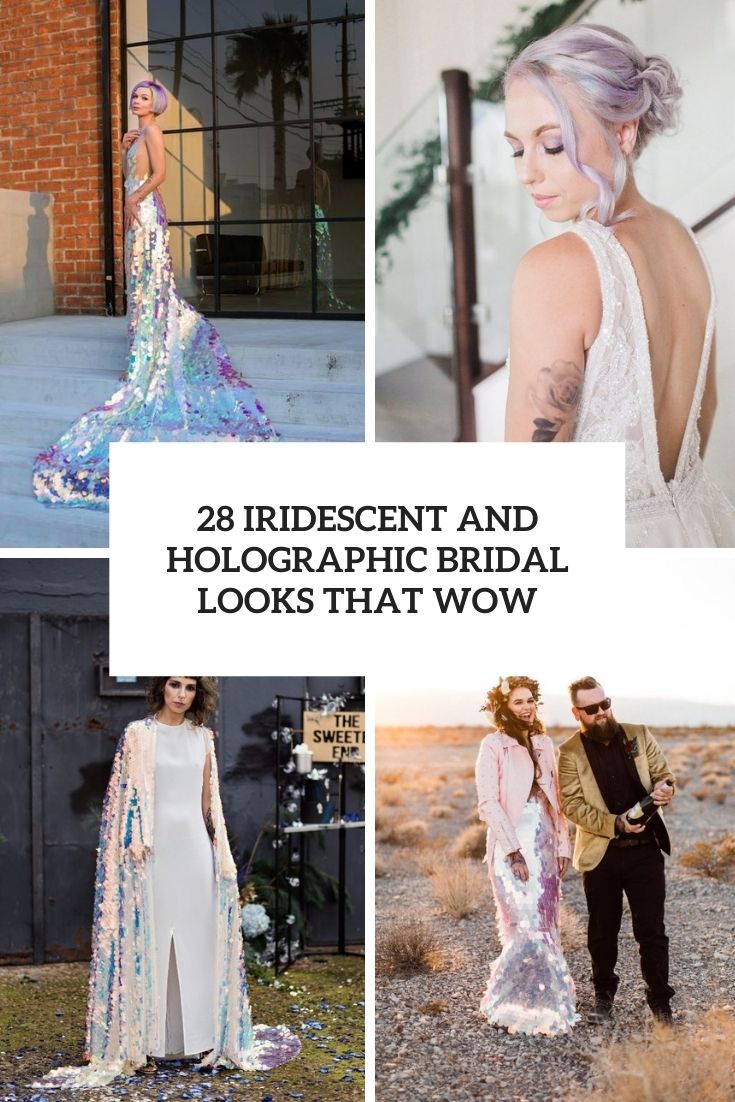 Planning a bold, a 70s inspired or a mermaid-inspired wedding? Decided to go everything iridescent at your wedding? Then you will need to add something iridescent to your bridal look, too. Whether you are going all bold and daring or need just a small touch, we have ideas for you, take a look!

The most daring and bold idea for a bridal look is an iridescent wedding dress. This is often a dress fully covered with oversized holographic sequins, though there are also dresses with smaller sequins or of plain holographic-looking fabric. There are silhouettes and designs for every taste – from mermaid to ballgowns, and from a deep V-neckline to a high one.  If you aren’t ready to sparkle all over, you may think of a plain wedding dress paired up with an iridescent cover up or a capelet for a bold modern look. Iridescent shoes are another great idea to support the color scheme of the wedding yet not going too far. 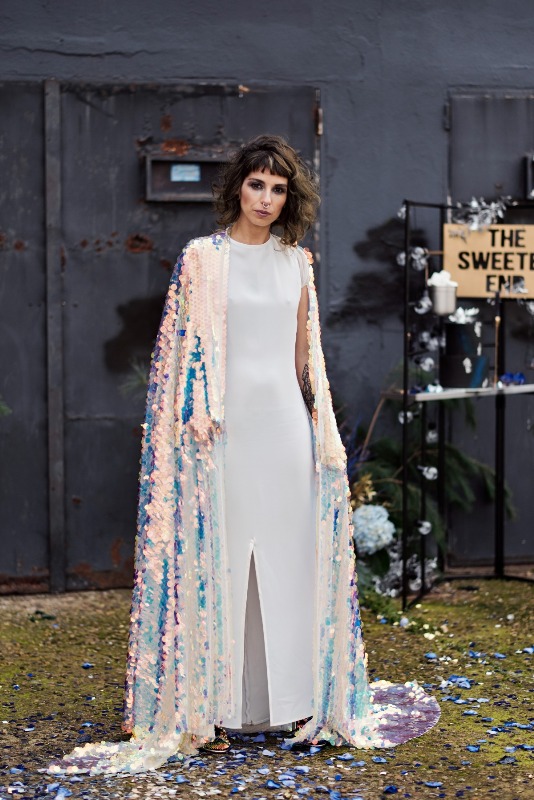 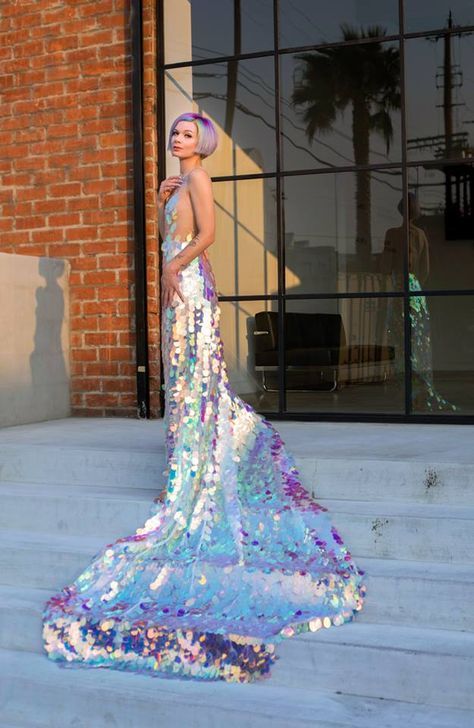 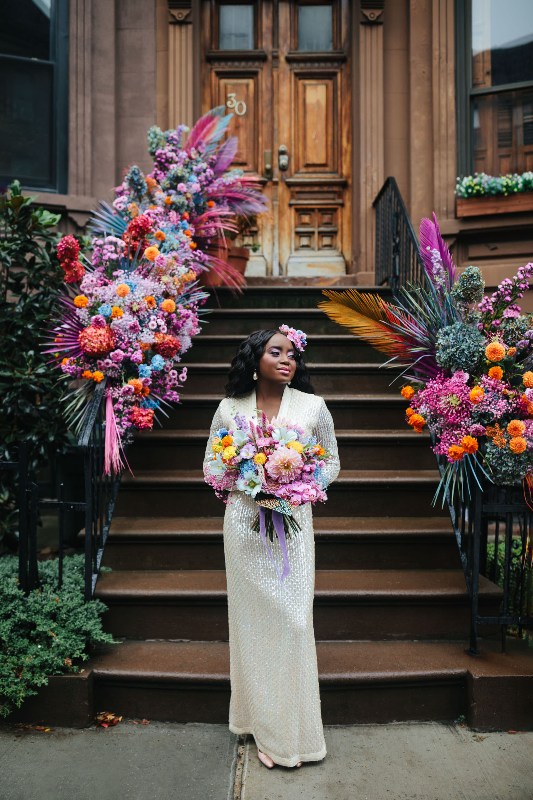 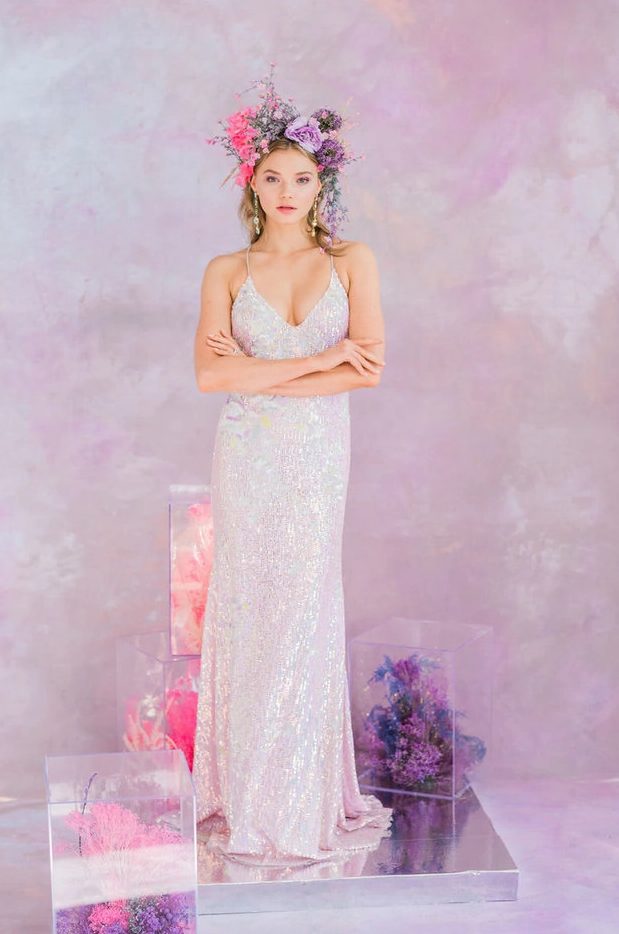 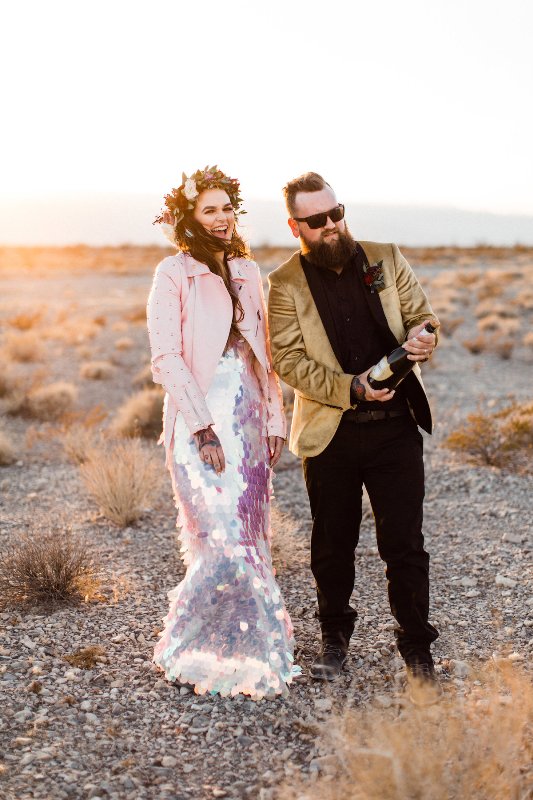 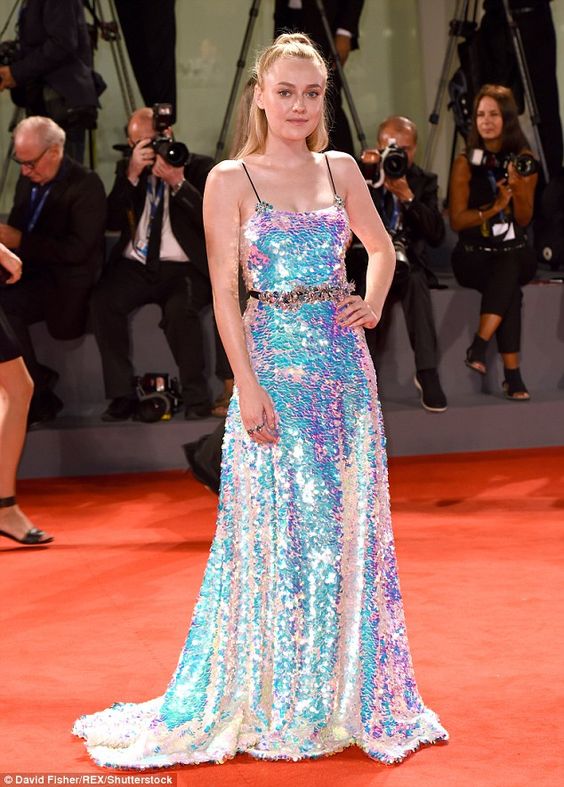 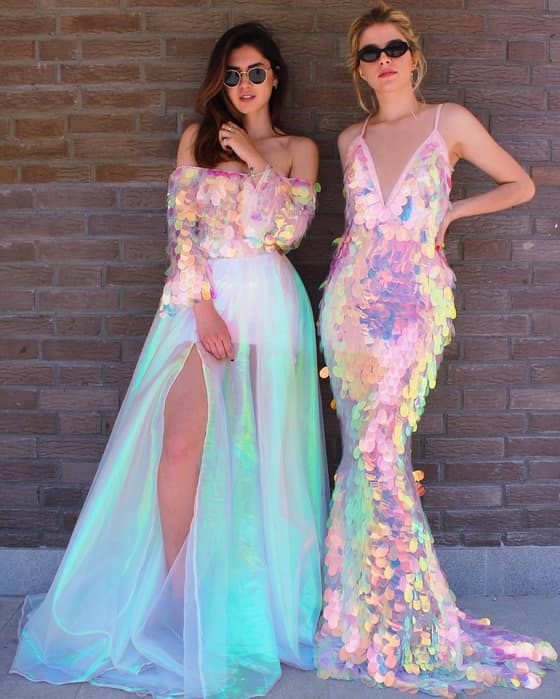 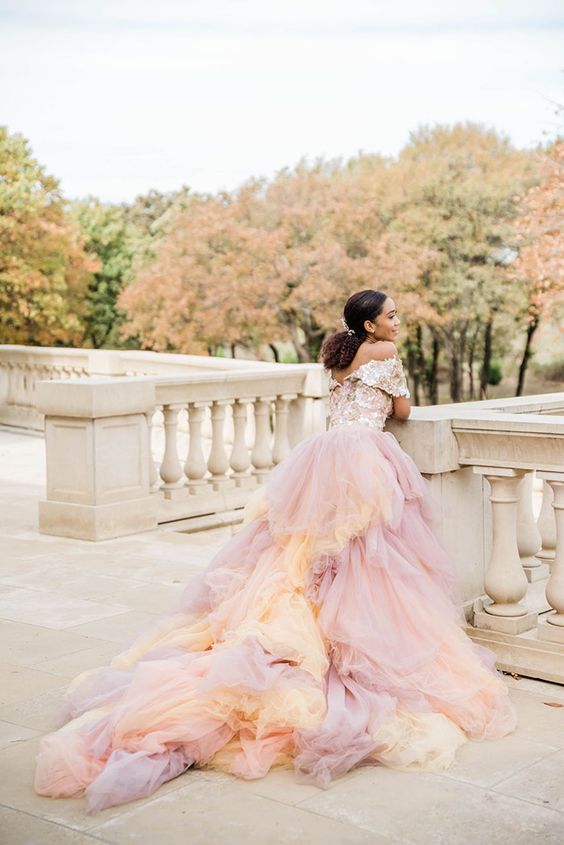 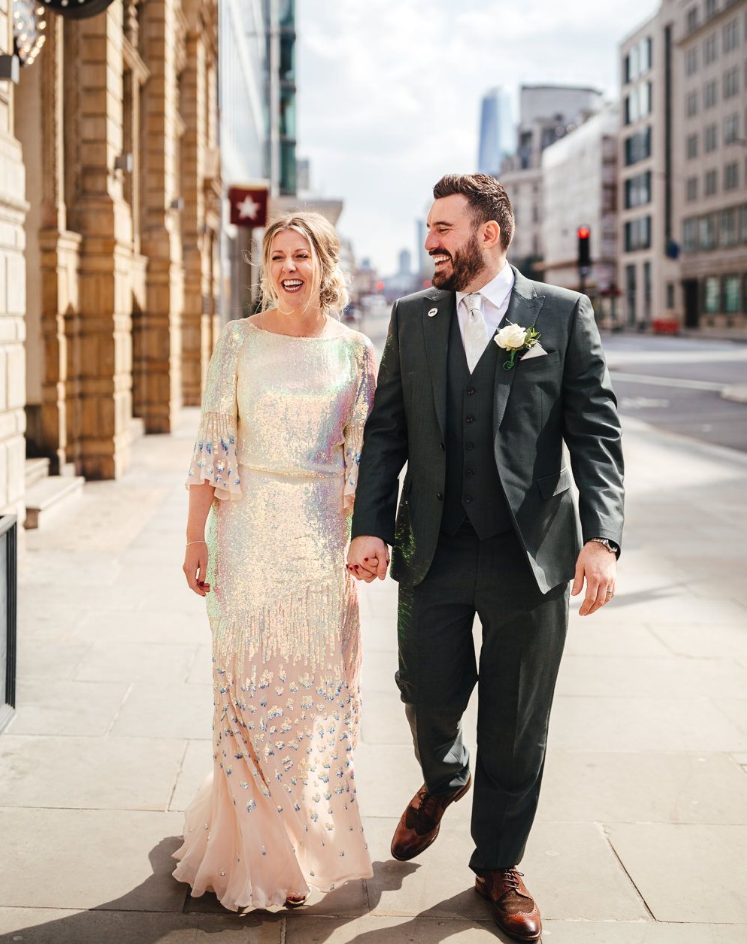 an iridescent wedding dress with a catchy spots on the skirt, with flare sleeves and a high necklace is gorgeous 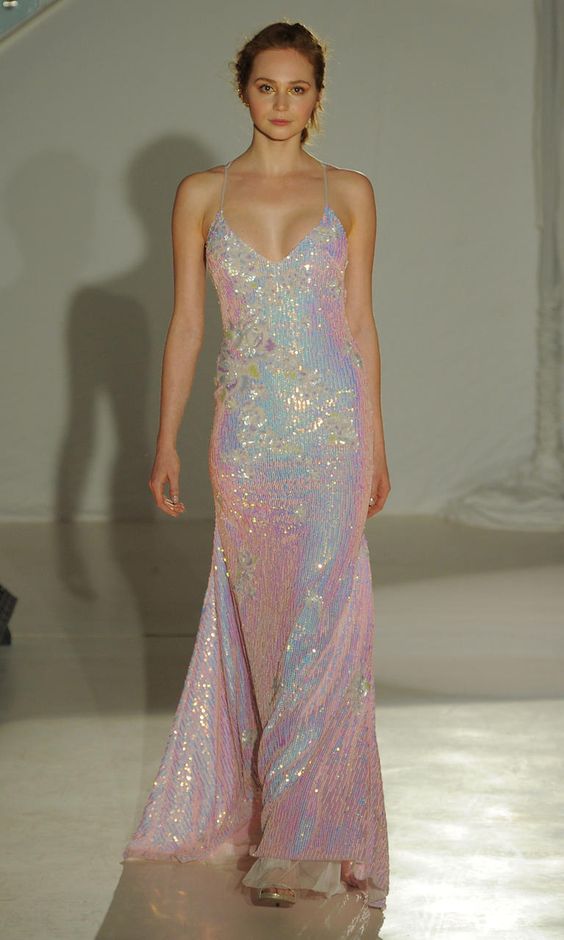 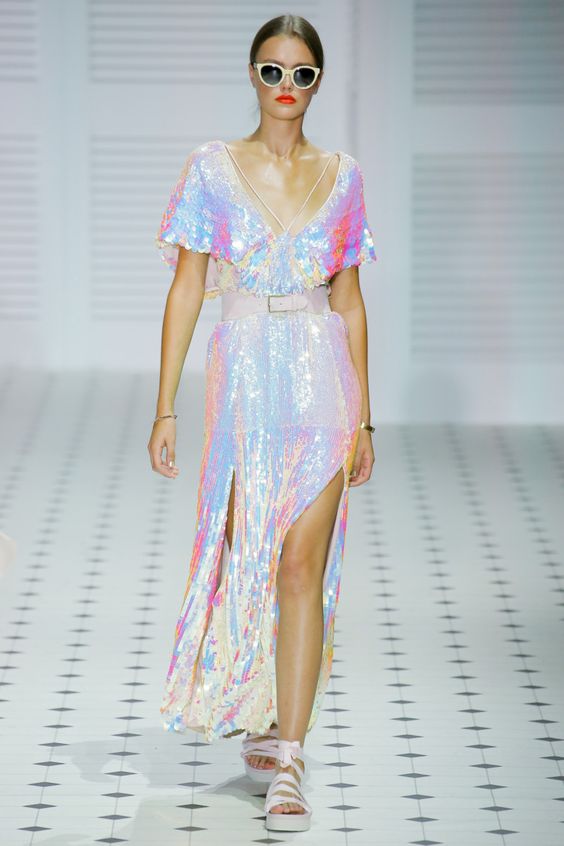 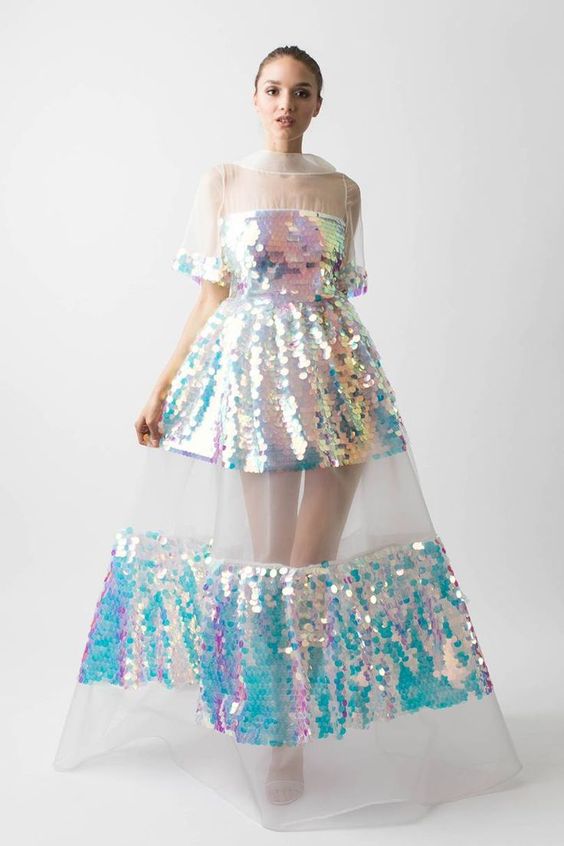 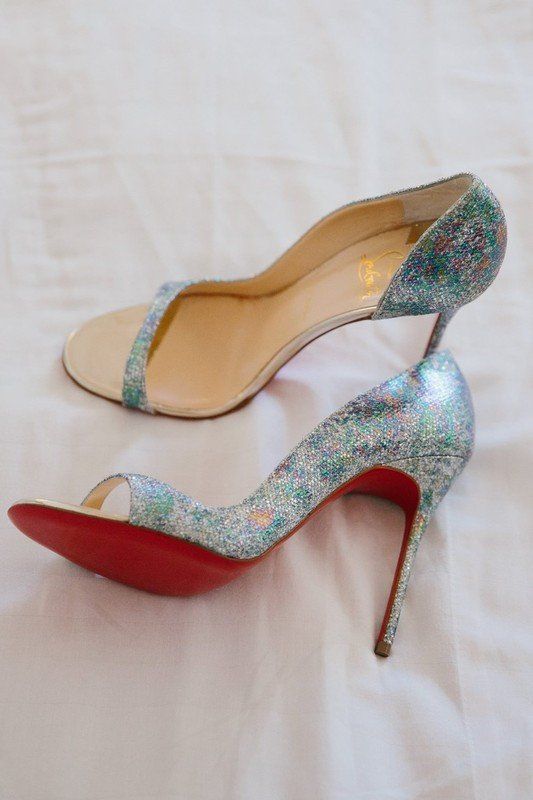 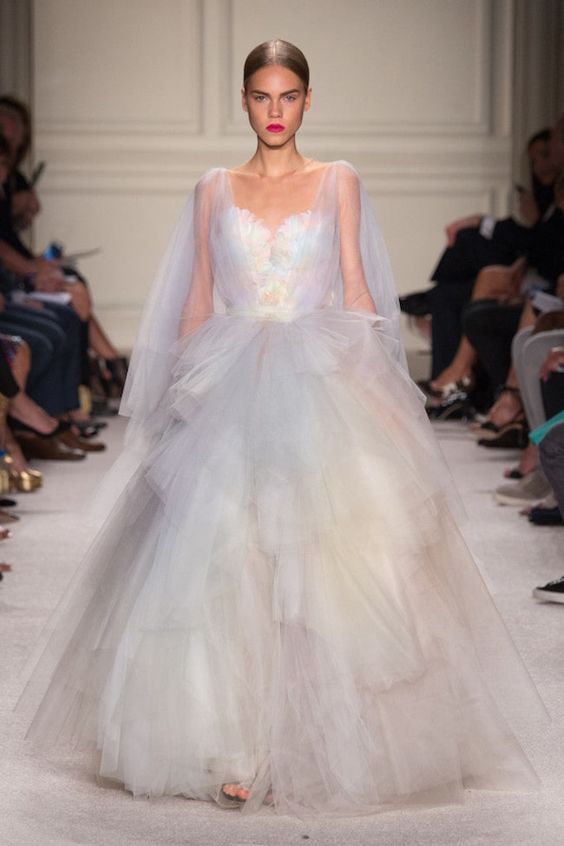 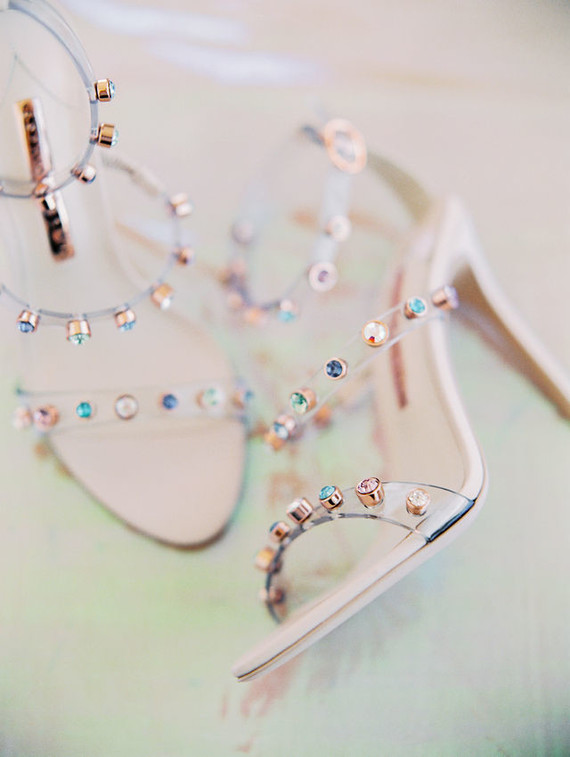 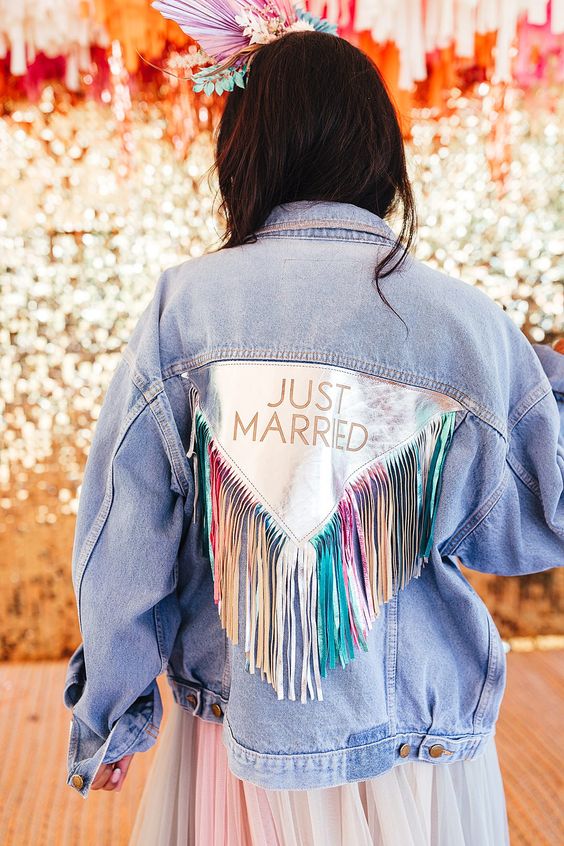 an iridescent wedding dress with slits, short sleeves, a V-neckline is a fantastic idea for a modern and daring couple 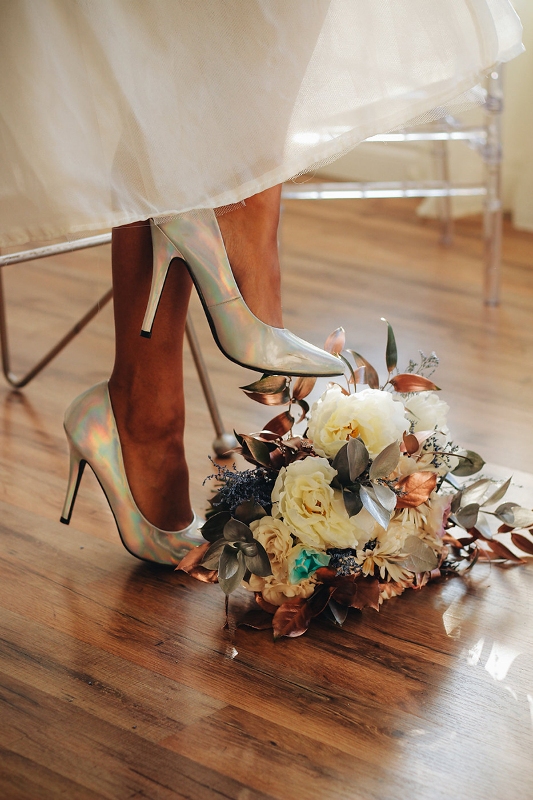 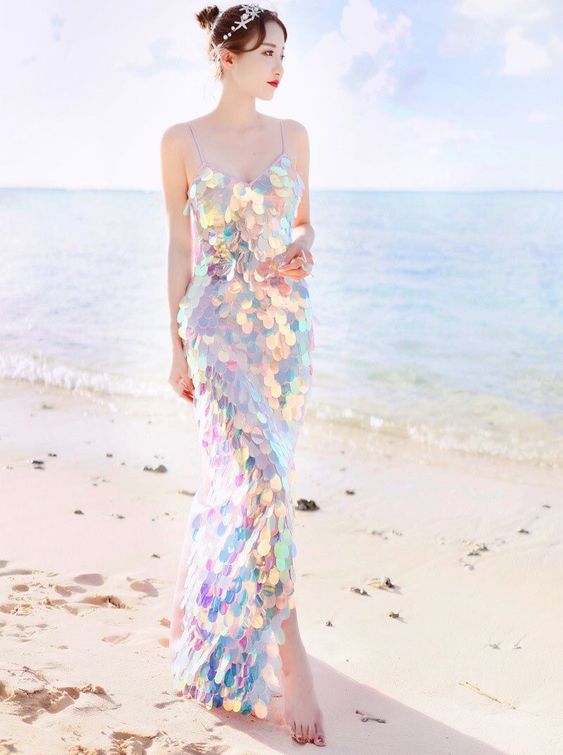 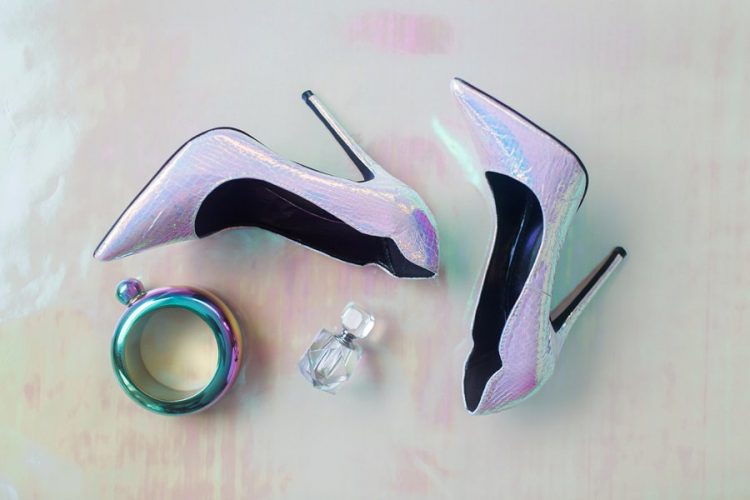 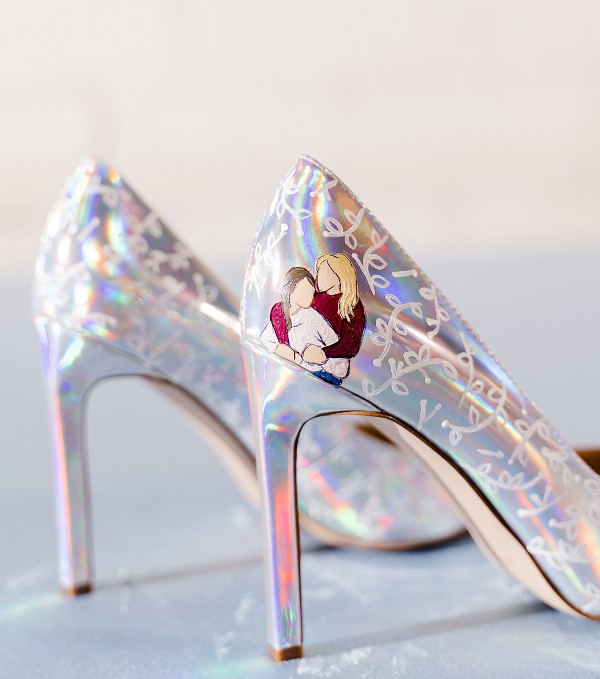 If you want a slight iridescent touch and are looking for some ideas, think of getting iridescent hair. This is a bold solution that doesn’t require any other iridescent touches in your look as it’s a statement in itself. Another idea is wearing an iridescent crystal crown or some other chic accessory to add a bit of bling to your outfit. Get inspired by various ideas below! 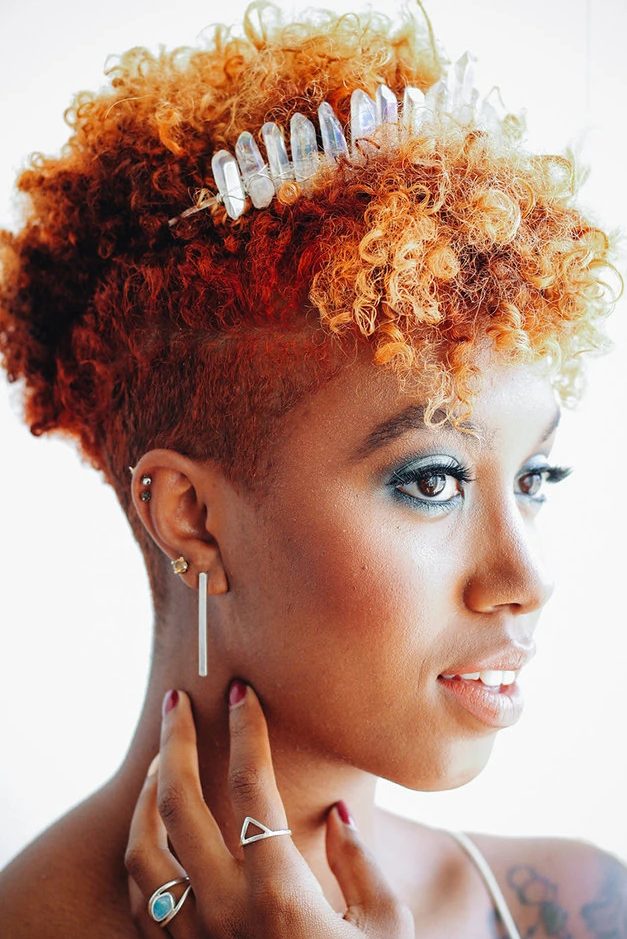 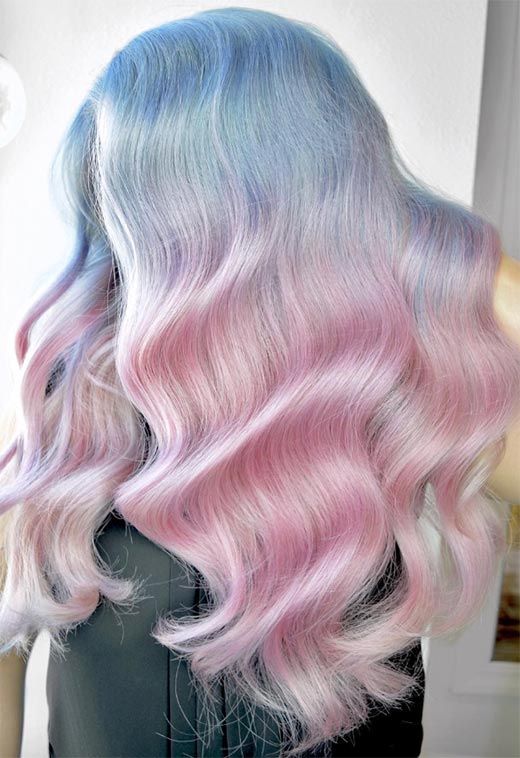 fantastic iridescent long wavy hair is a catchy and bold idea for a wedding, try such a play of colors iridescent hair and eyeshadows are a very chic and beautiful idea for a modern bride, they look gorgeous and very bright 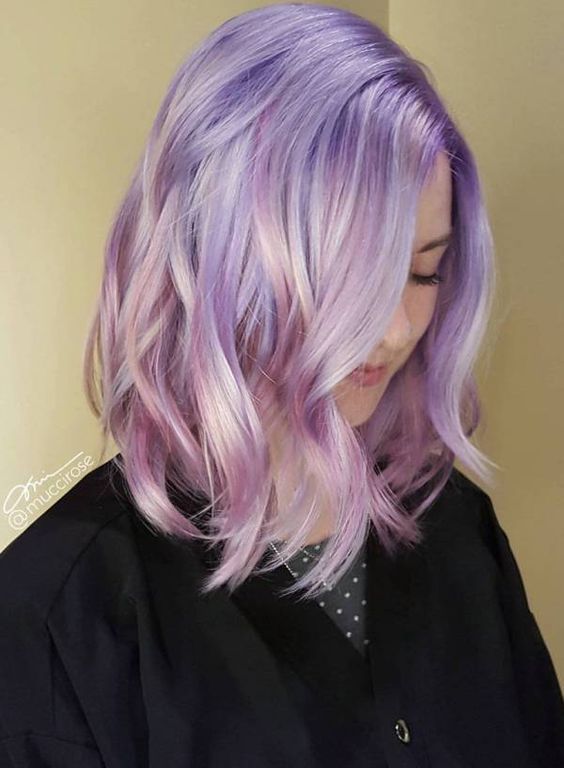 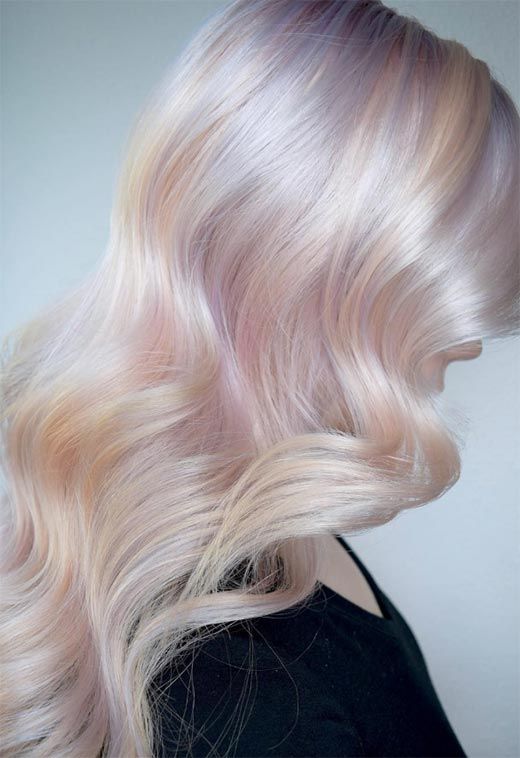 long iridescent pearl hair with waves are a fantastic idea for a modern iridescent bride, it's a bold color statement