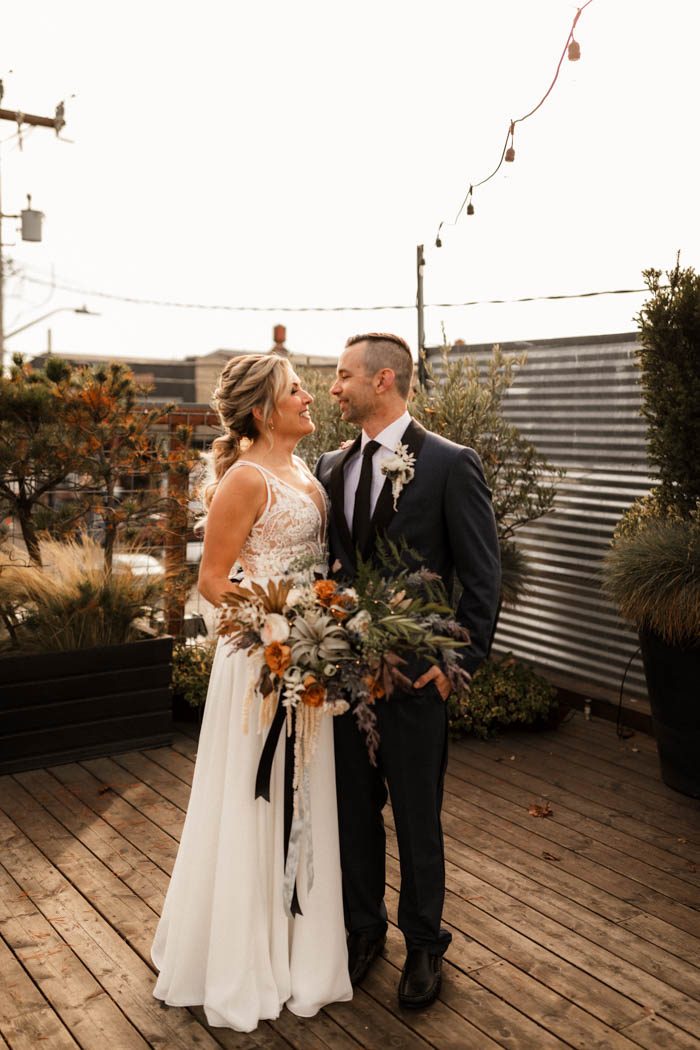 This wedding shoot was inspired by Ireland's cliffs of Moher, it was done in a usual space but with lots of sea-inspired touches

If you’ve had your sights set on an Irish “I do” but aren’t able to hop across the pond for your big day, this WithinSodo wedding shoot is full of influence from the Cliffs of Moher! The Big Fake Wedding Seattle brought the earthy vibes and some epic beauty to WithinSodo thanks to a team of Seattle’s best wedding professionals.

A whole tram of Seattle-based florists and event designers contributed to the gorgeous styling in shades of green, amber, and ivory, pulling inspiration from the Irish cliffs. We love the subtle nod to the striking views of the Atlantic with blue bridesmaid dresses from AZAZIE and the bride’s braided hairstyle by Elizabeth White Artistry is fit for a mermaid! The true pièce de résistance, however, is the unique three-tiered cake by Rue Cler Seattle that mimics the shape of the ocean crashing along the edge of the cliffs. Pump Up Party really took the dessert backdrop to the next level with an unforgettable balloon installation!

The groom was wearing a blue tux with black lapels and a black tie, and the bride was rocking a beautiful A-line wedding dress with a lace bodice, thick straps and a covered plunging neckline. The couple’s dog also took part in the shoot. Get inspired by the gorgeous details of this shoot! 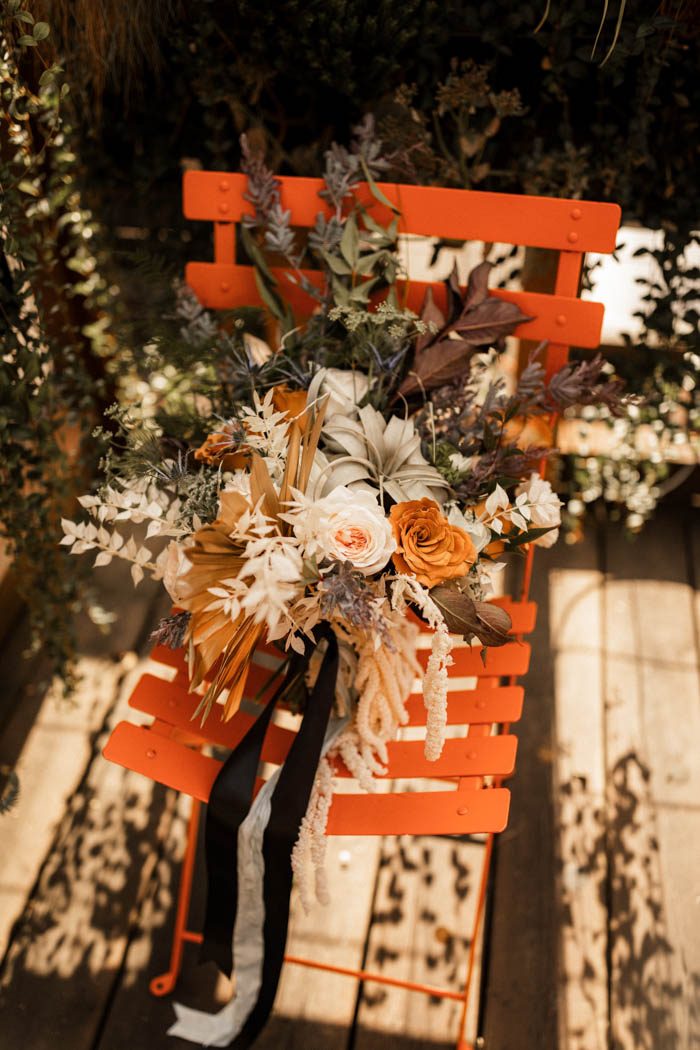 The wedding bouquet was done with rust-colored and blush blooms, greenery and air plants 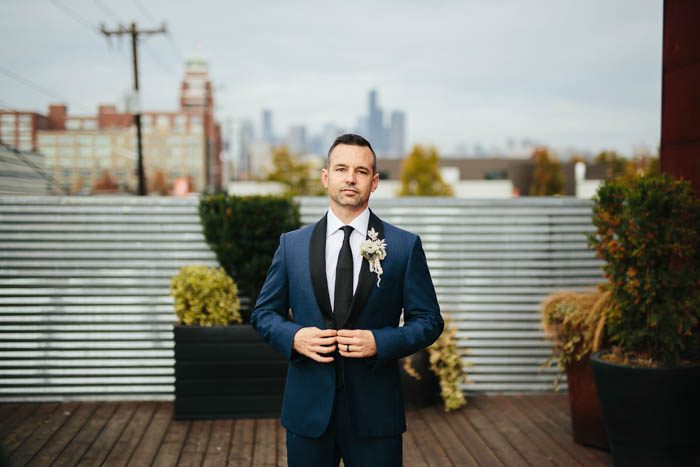 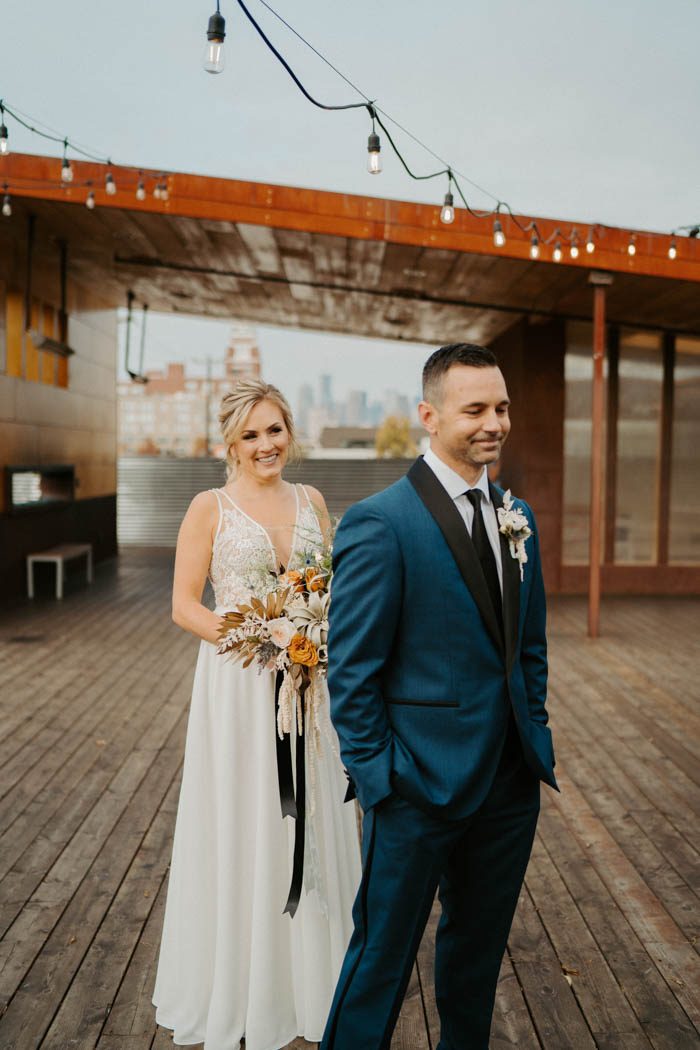 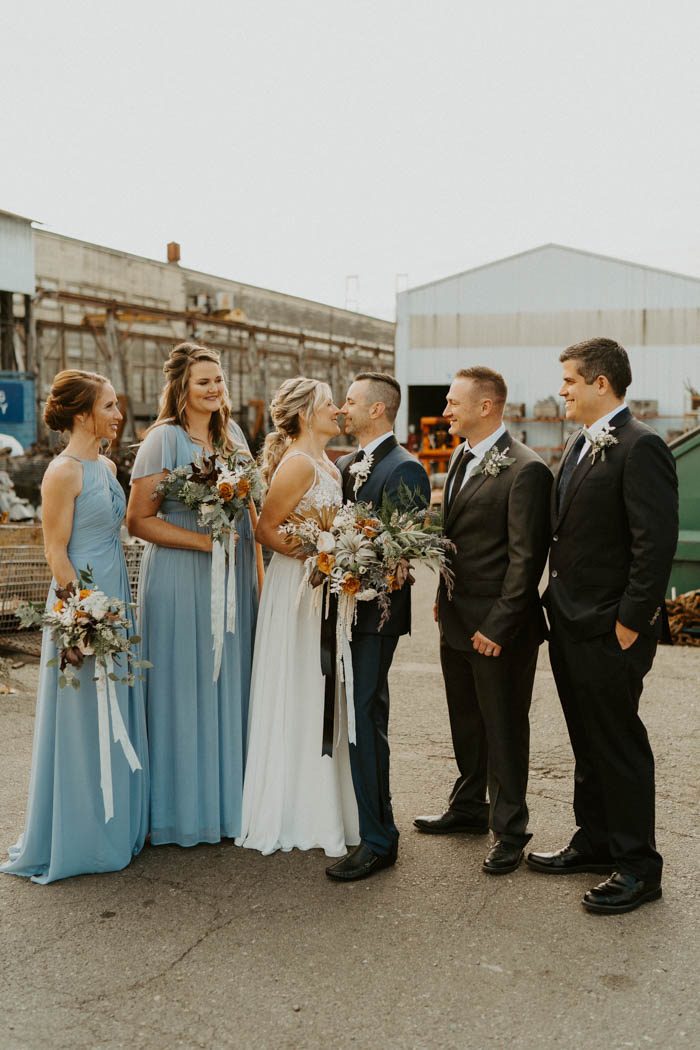 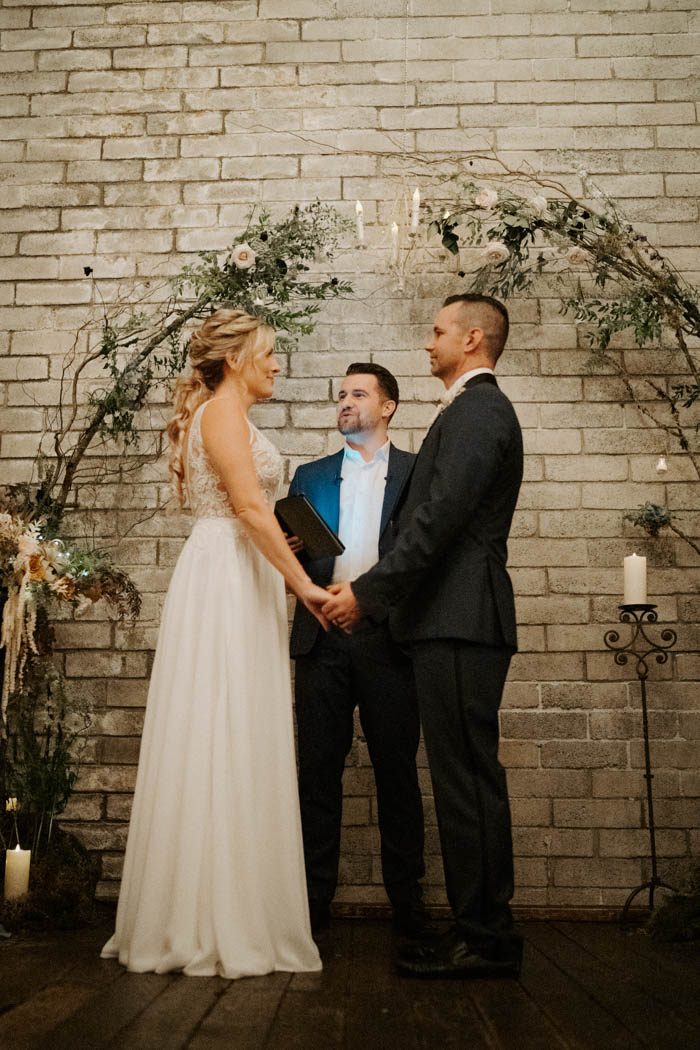 a minimalist wedding arch is a must for any wedding 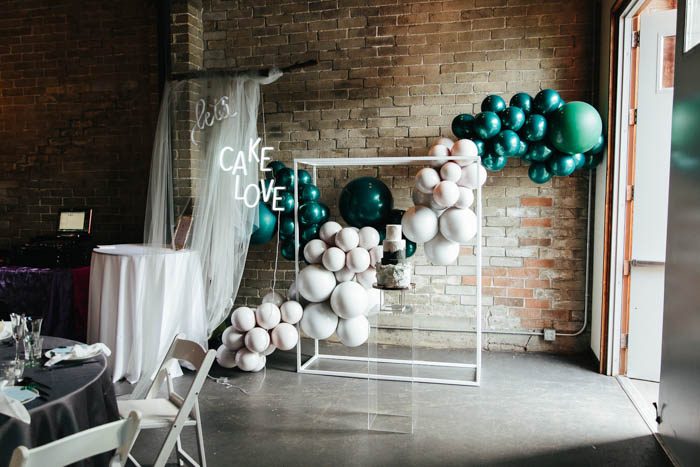 The wedding cake was done with plenty of texture, in dark green and white 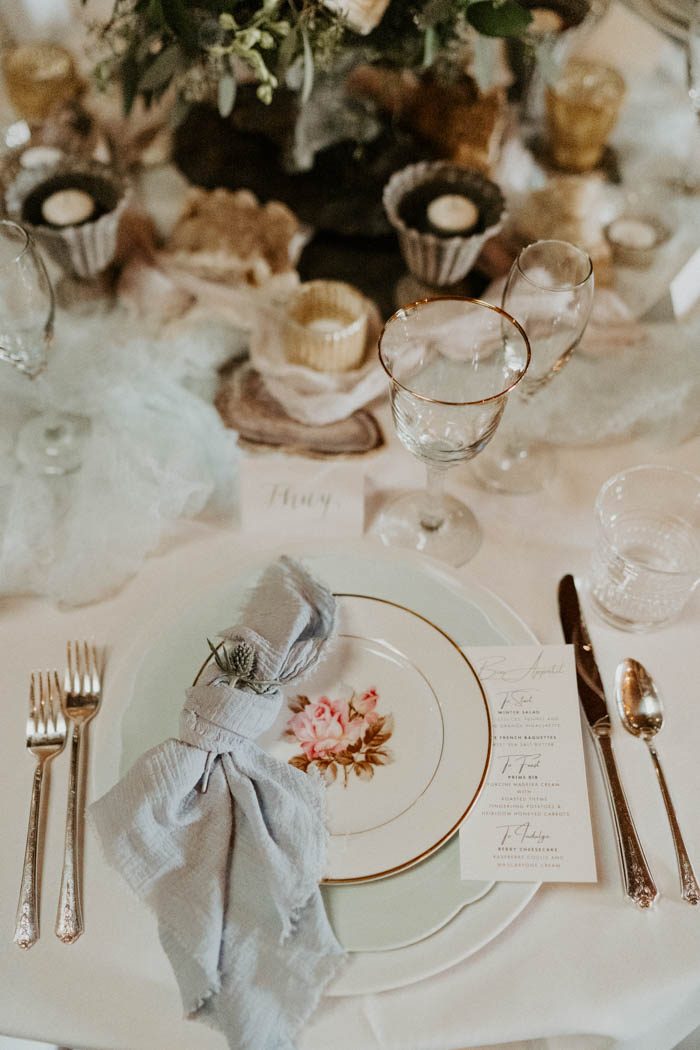 The tables were styled elegant, with gold rim glasses and plates, gold cultery and neutral napkins plus lots of candles 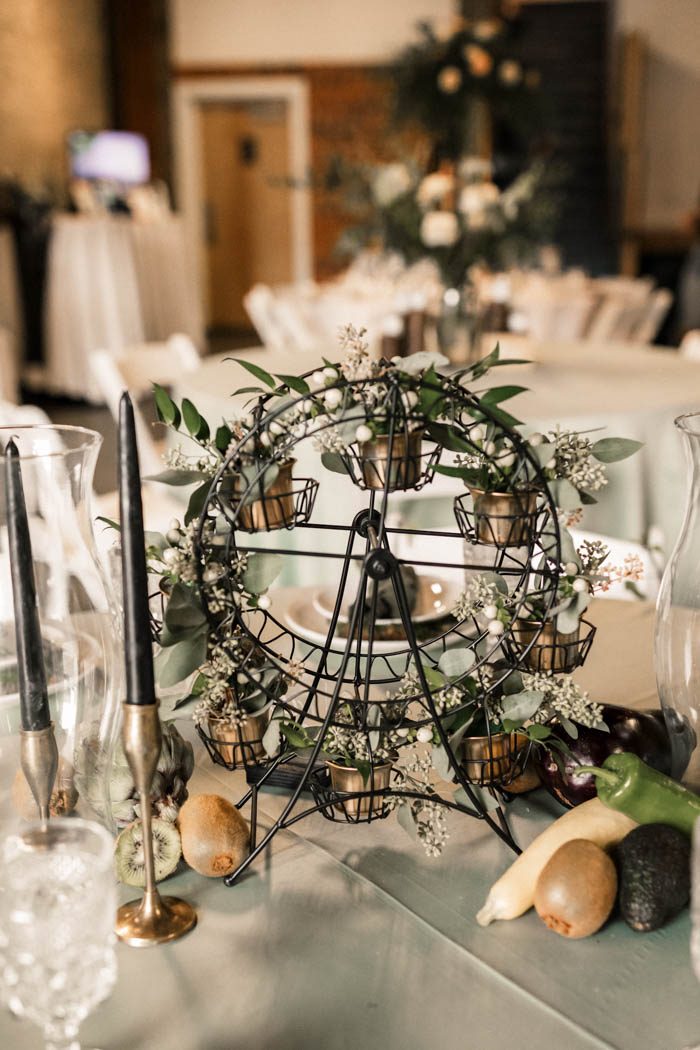 Such quirky wheel centerpieces with greenery were also incorporated into decor