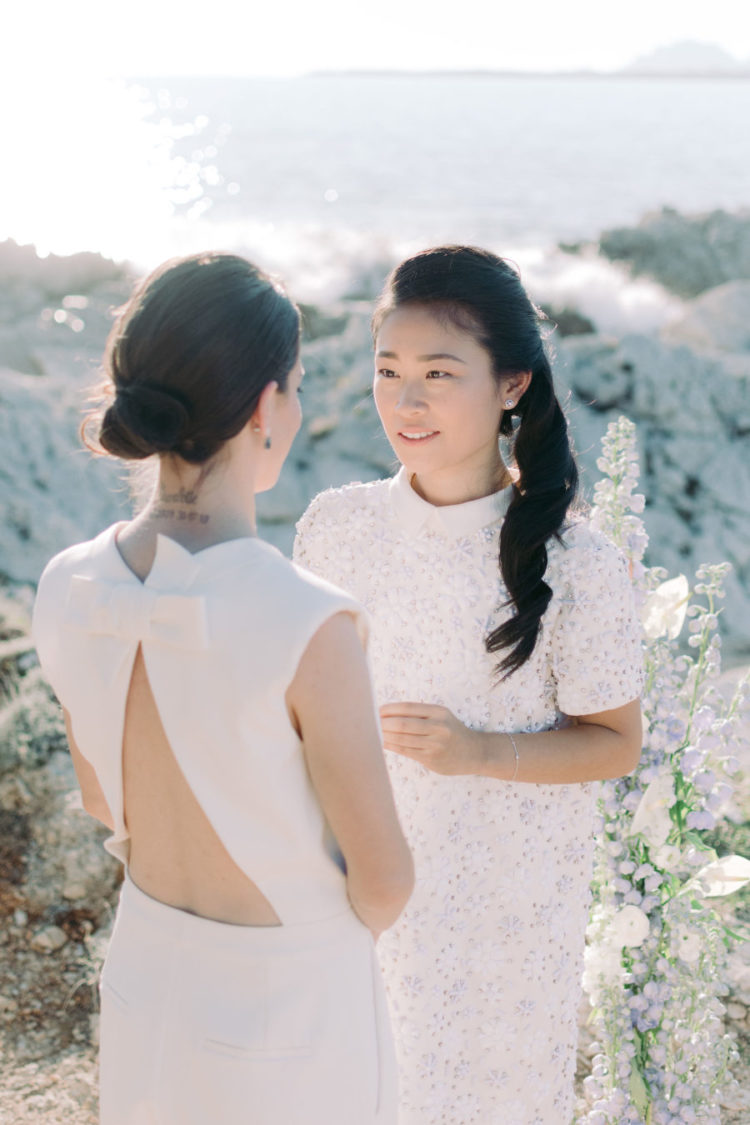 This intimate elopement took place on the coast, and it was done in the coastal colors - white and light blues

Coralie and Rei’s energy is like Yin and Yang, gentleness and strength, represented by the elements of water and rock in the background of their union. The two actresses chose an intimate affair with a minimal vibe for their union, letting their surroundings serve as a stunning backdrop. Let’s take a look at this beauty!

The wedding outfits were unique. One bride was wearing a retro-inspired short wedding dress with heavy floral embellishments and a collar, she was rocking a low twisted ponytail with a braided top and ankle strap shoes. The second bride was wearing a sleeveless modern jumpsuit with a cutout back and an updo plus sapphire earrings. The deep V-cut showed off the bride’s tattoos. Both girls were carrying neutral wedding bouquets with light blue touches – but different ones.

The wedding decor was minimal and ethereal, inspired by the coast itself and done in white and light blues. The wedding altar was created on the coast, it was made up of the same neutral blooms and some pale blue ones. The wedding reception was located right next to the sea – you may see splashes of water not far from it! It was styled in white and light blues as this was a coastal wedding. The table was done with white textiles, blue chargers, neutral cutlery and glasses and a lush neutral floral centerpiece. The wedding paper goods were done with a raw edge and a blue floral print. Take a look at these breathtaking pics and get inspired! 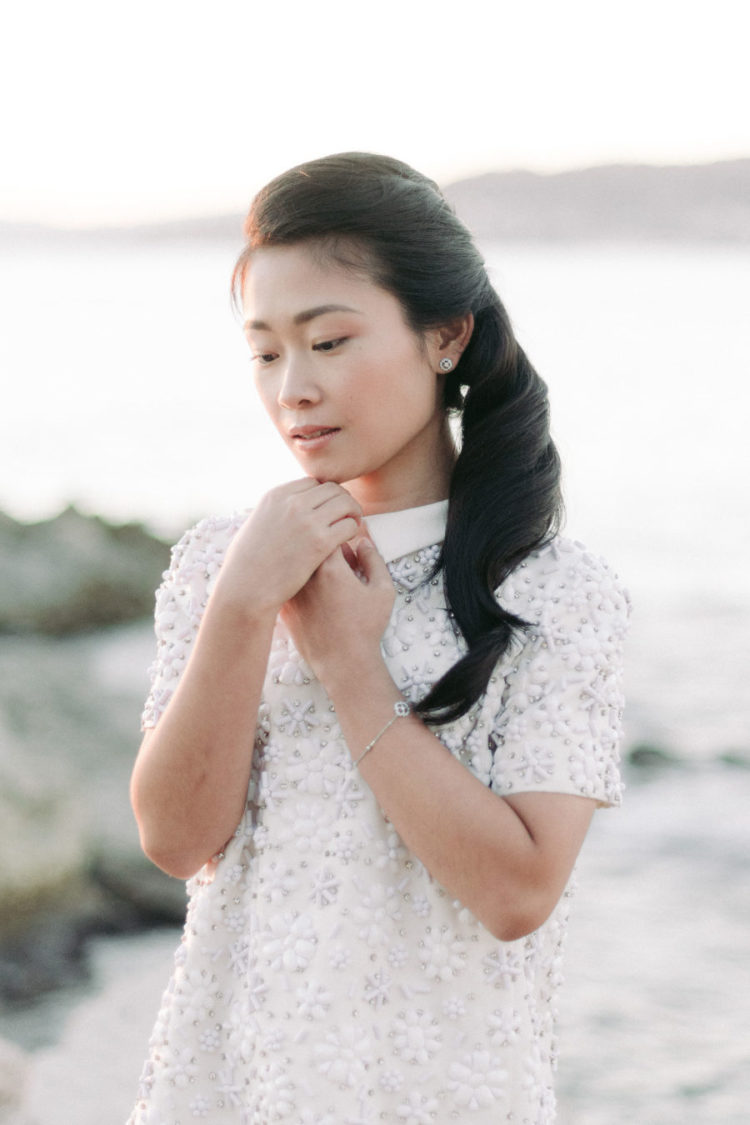 One bride was wearing a retro-inspired short wedding dress with floral embellishments and a collar, a twisted low ponytail 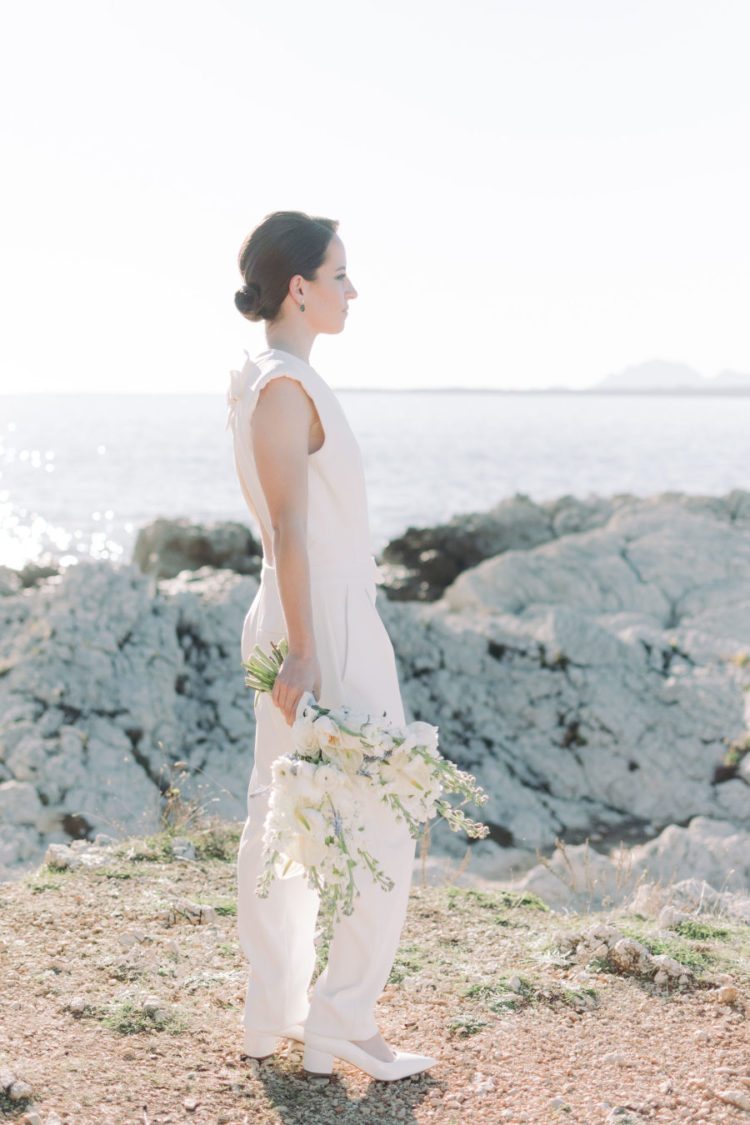 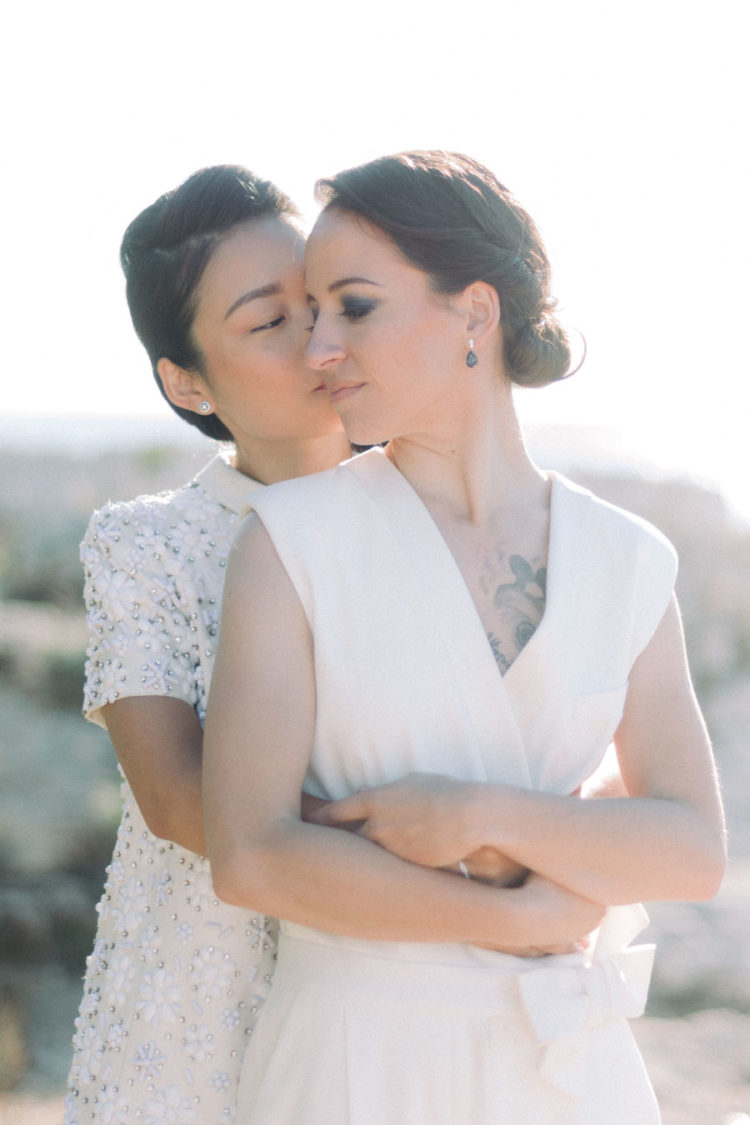 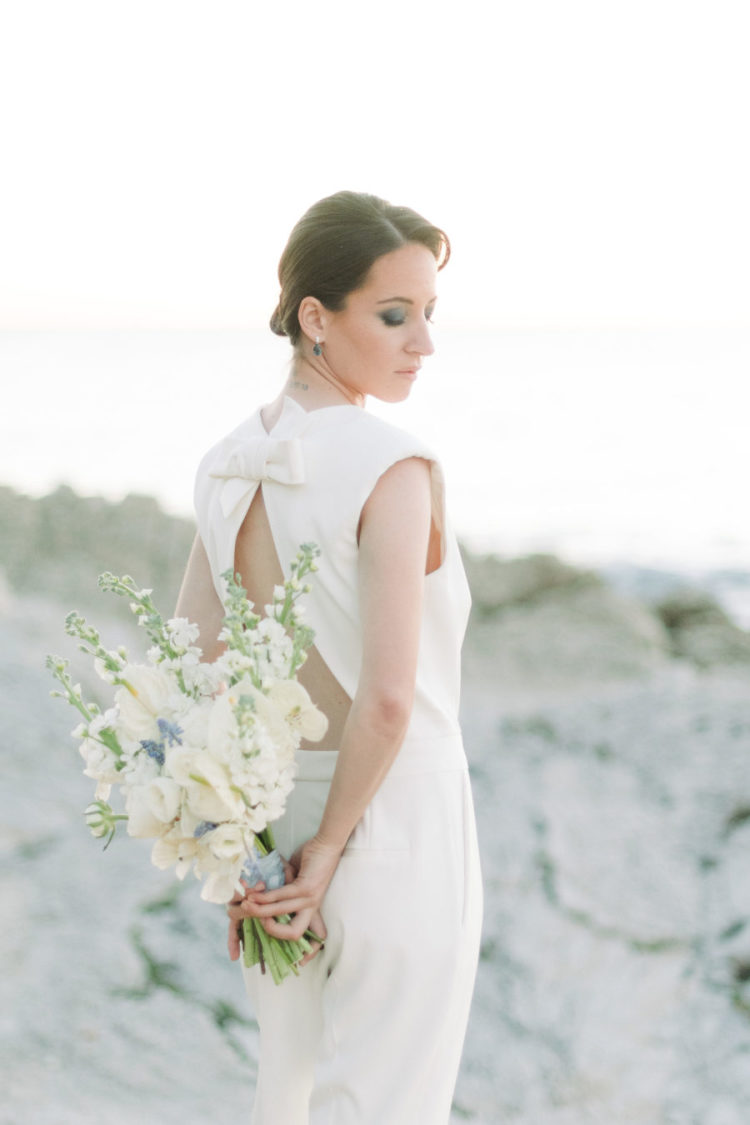 The first bouquet was done in white and light blues 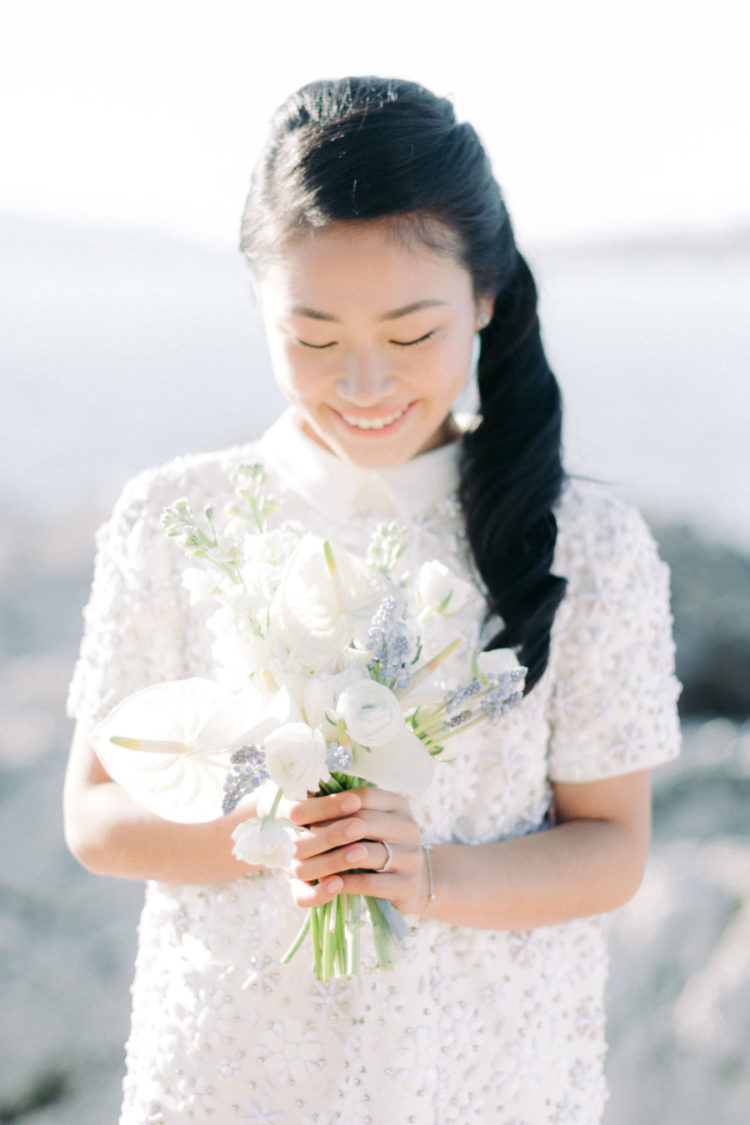 The second one was similar but with a bit different blooms 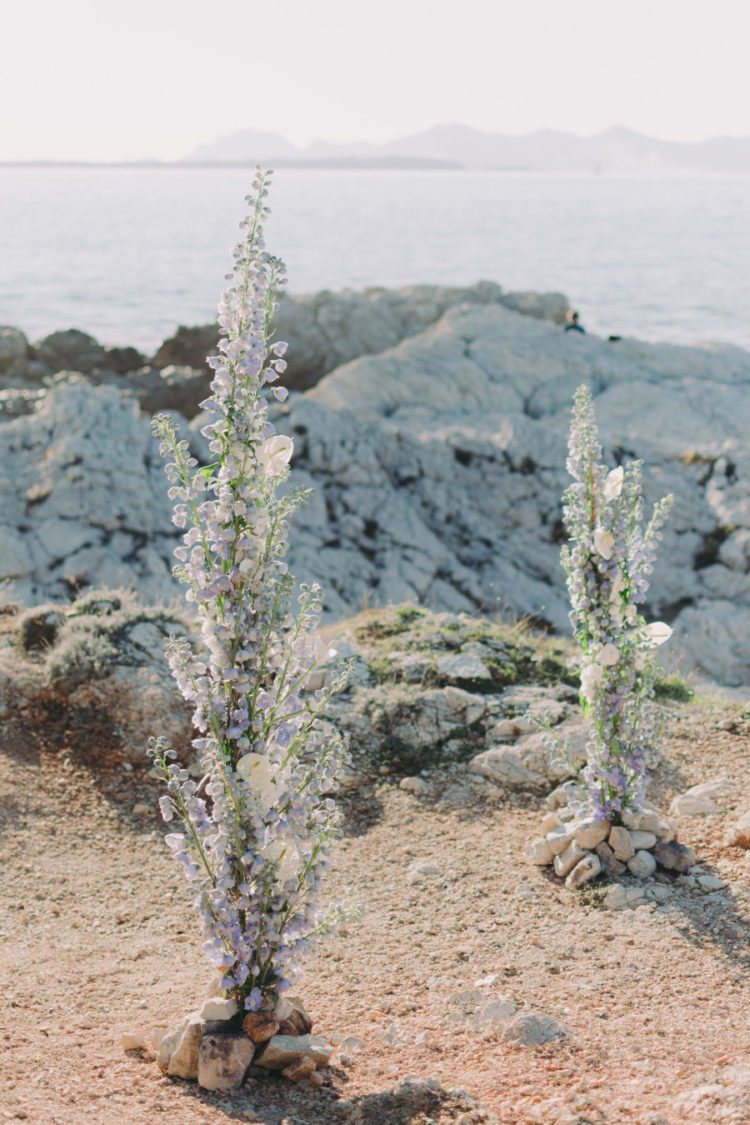 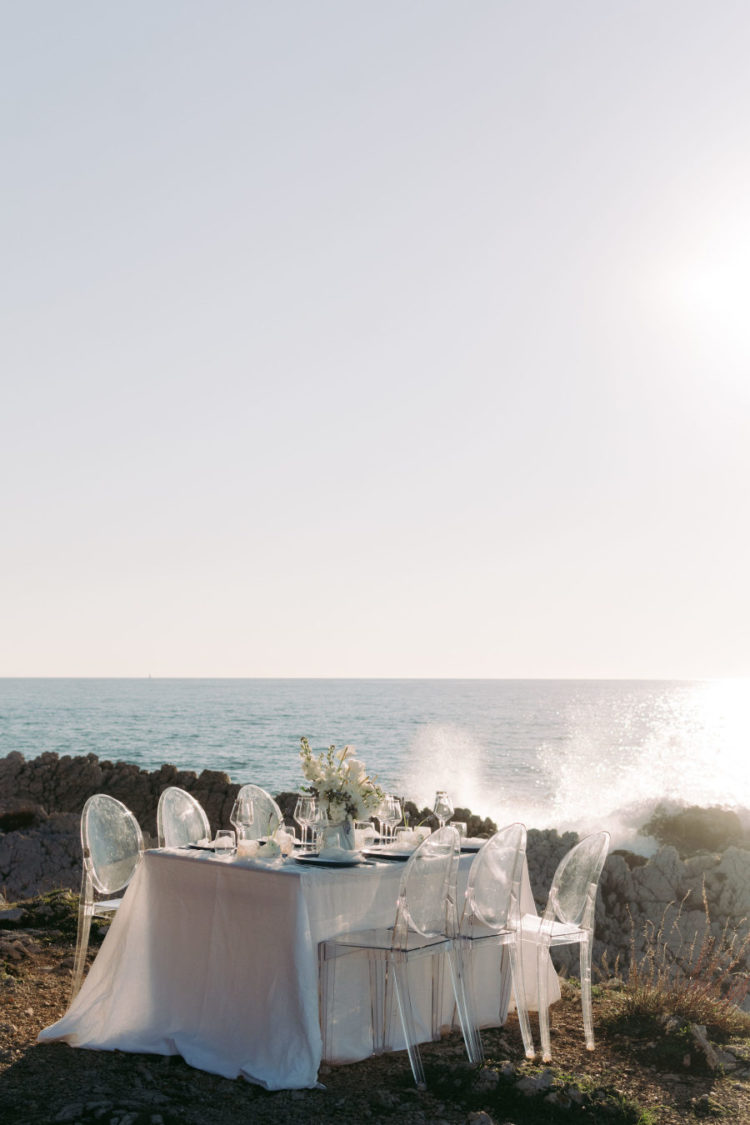 The wedding reception space was done right on the beach, next to the sea 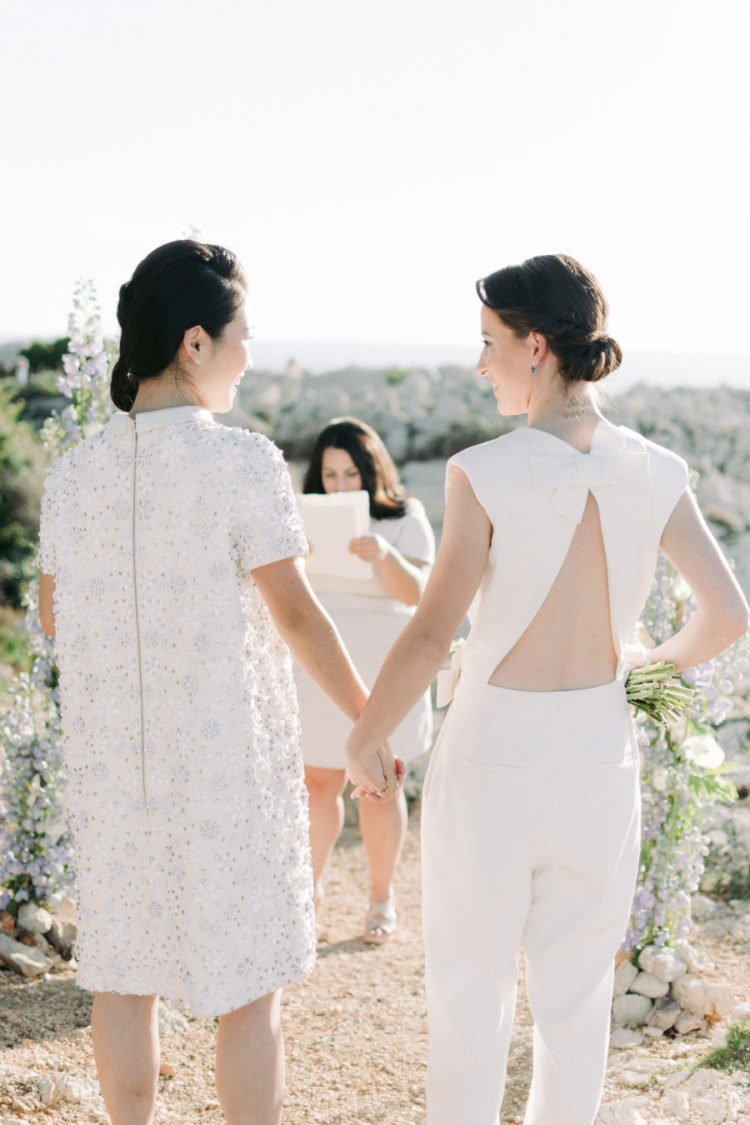 The officiant was the couple's friend 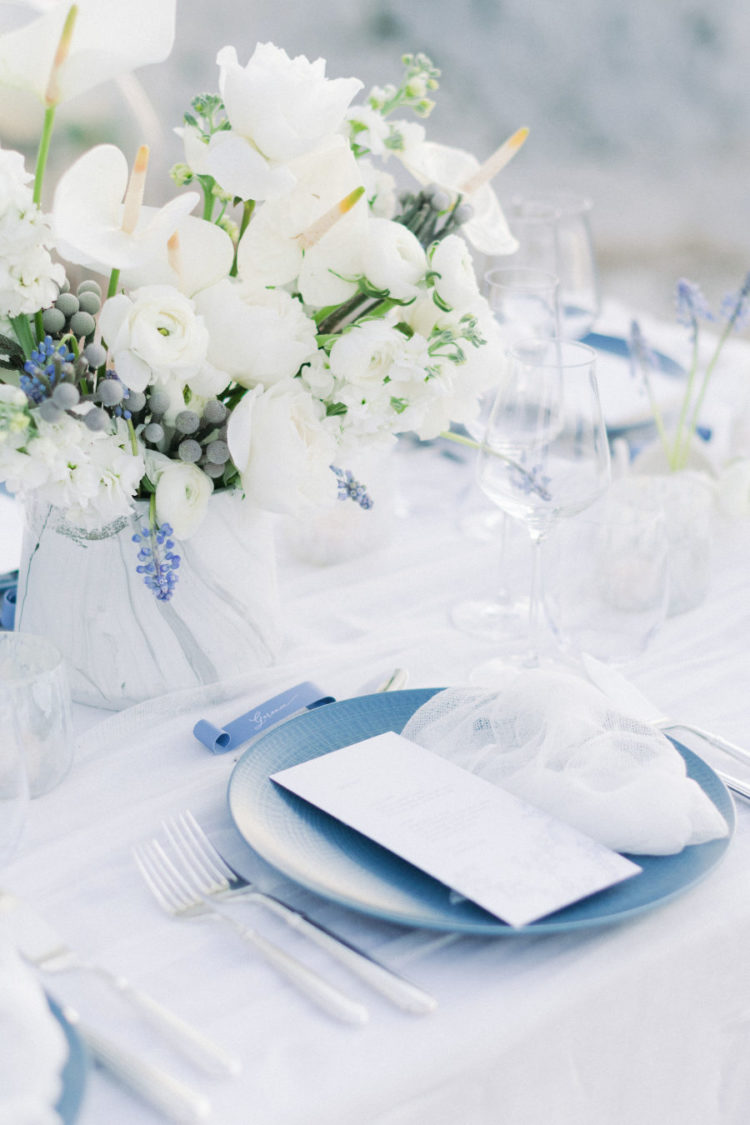 The wedding table was done in white and blues with a lush floral centerpiece, blue chargers and neutrals 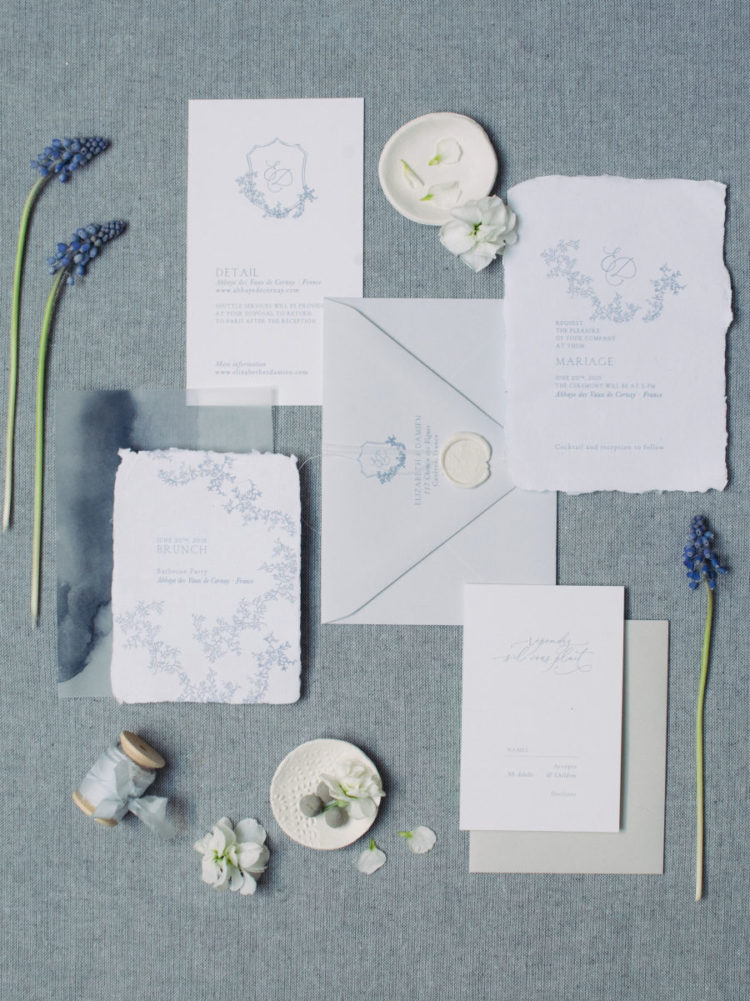