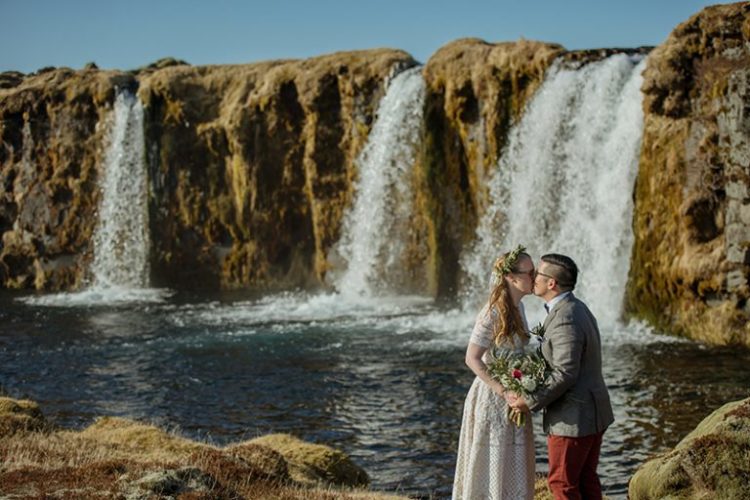 Iceland keeps being one of the most popular destinations for tying the knot. Today’s couple also decided on this amazing place to get married, let’s take a look at what they did.

Zosia and Yong Guck held their Iceland destination wedding at a waterfall in Vik, followed by an indoor reception at Iceland Air Hotels. The couple wanted a stunning ceremony site outdoors and a little adventure in their plans. They hired a team of wedding planners, and all the options and decisions required were laid out for them. The wedding took place at a waterfall, and to keep the guests warm during the ceremony, there were benches with fur on them. The reception was rather minimalist and natural, just like the nature of Iceland itself, done in taupe, white and with a pretty moss table runner. And of course, there was a kansakaka, a traditional Icelandic wedding cake topped with caramel, wow!

The bride was wearing a trendy lace separate with a crop top with short sleeves and a high low midi skirt plus comfy leather boots. She was rocking a half updo with a braid and it was topped with a greenery and flower crown. The groom was wearing rust pants, a grey jacket, a blue tie and dark grey boots as the weather outside was rather cold.

After their Iceland destination wedding at a waterfall and their beautiful indoor reception was done, the bride and groom continued their adventure on a honeymoon as unique as the two of them! 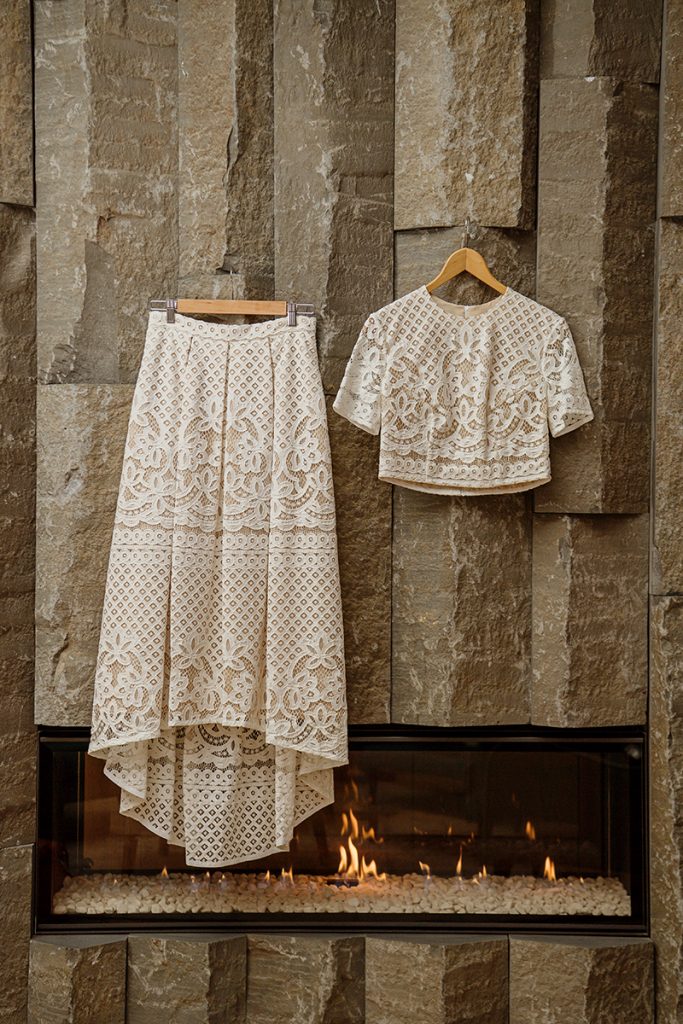 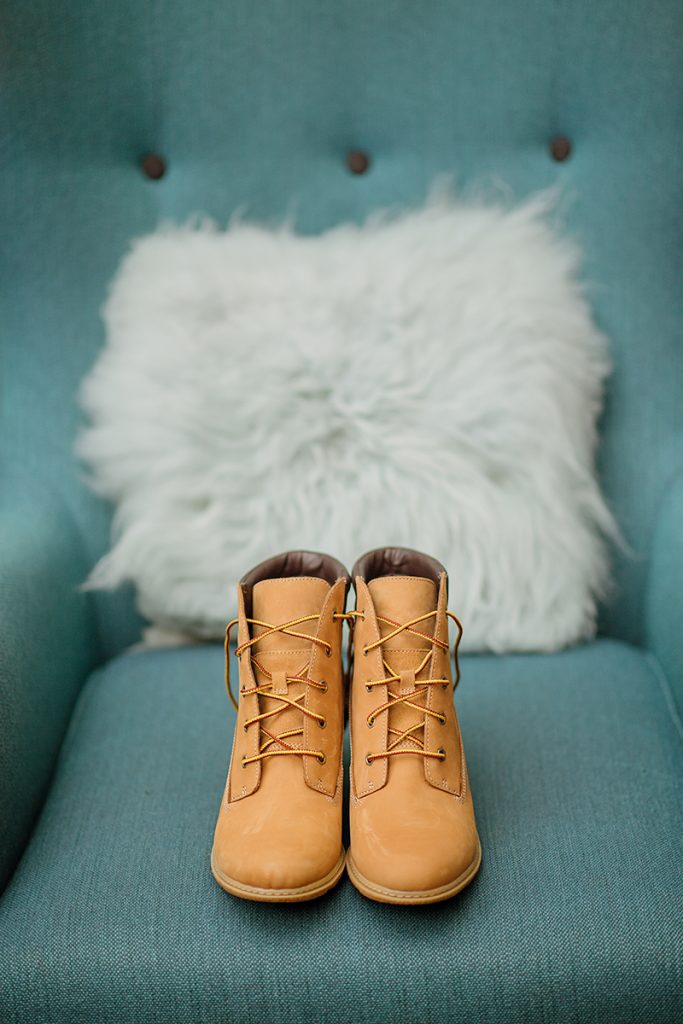 She chose comfy booties instead of shoes 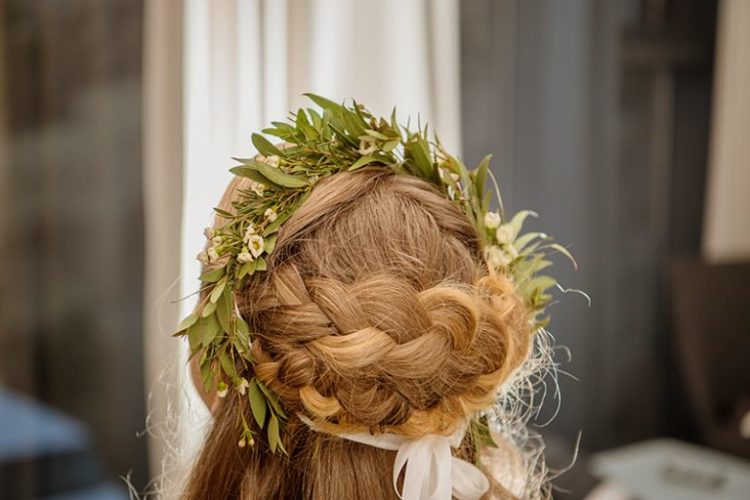 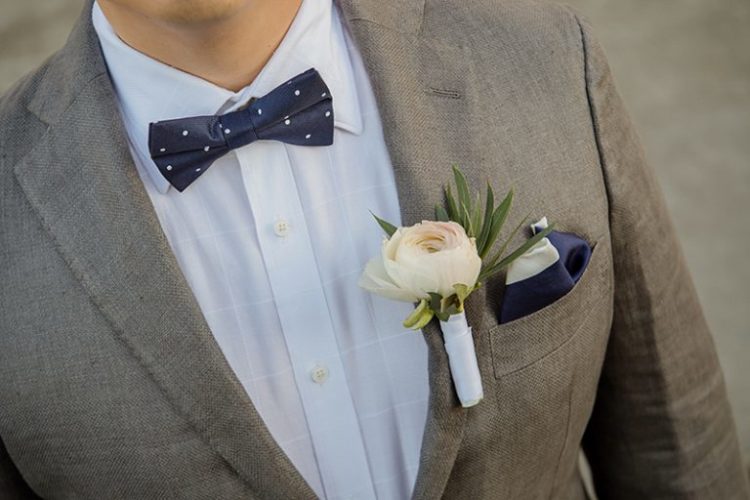 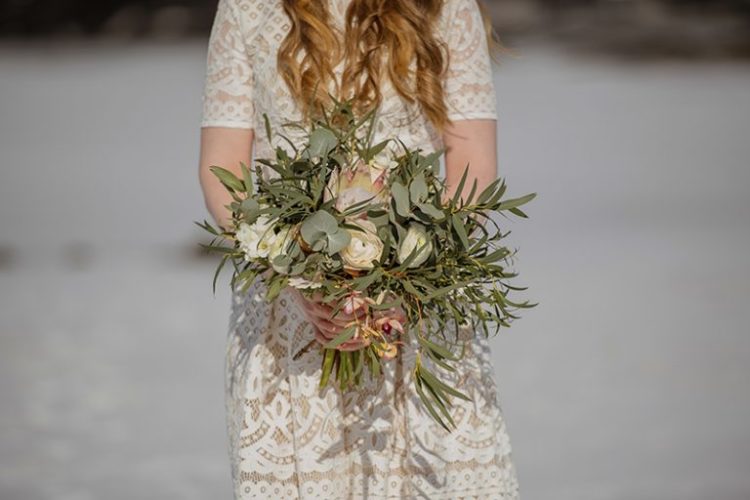 The bridal bouquet was textural, with neutral blooms 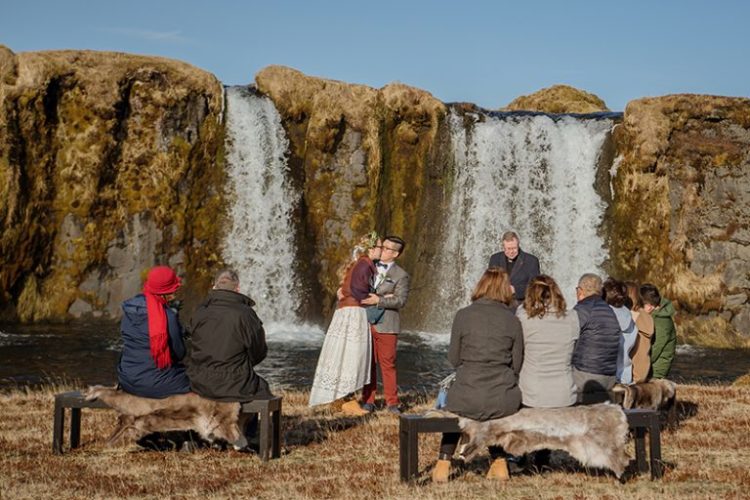 The guests were sitting on benches with fur to feel warmer 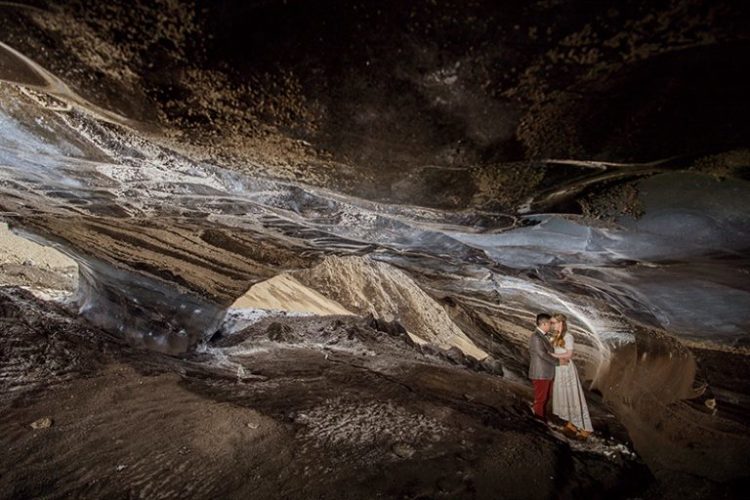 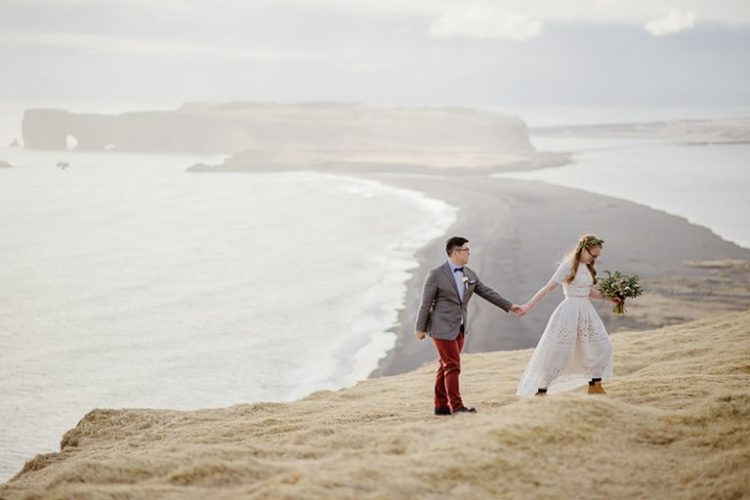 The couple took a walk and enjoyed the landscapes of Iceland 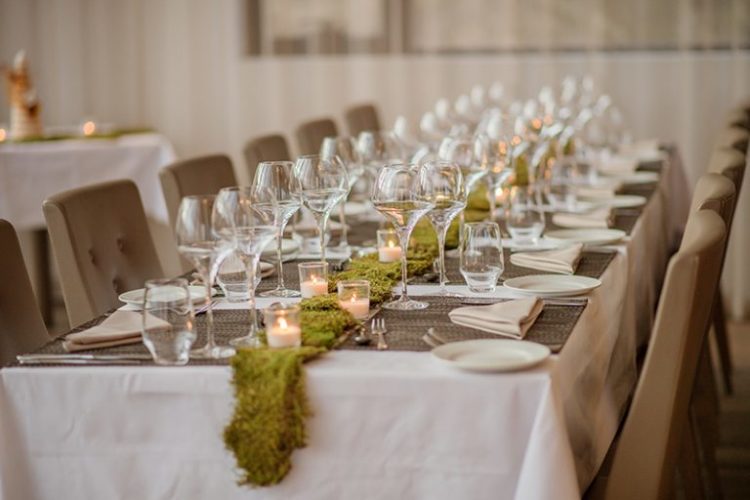 The reception was done in taupe, white, with lots of candles and a moss table runner 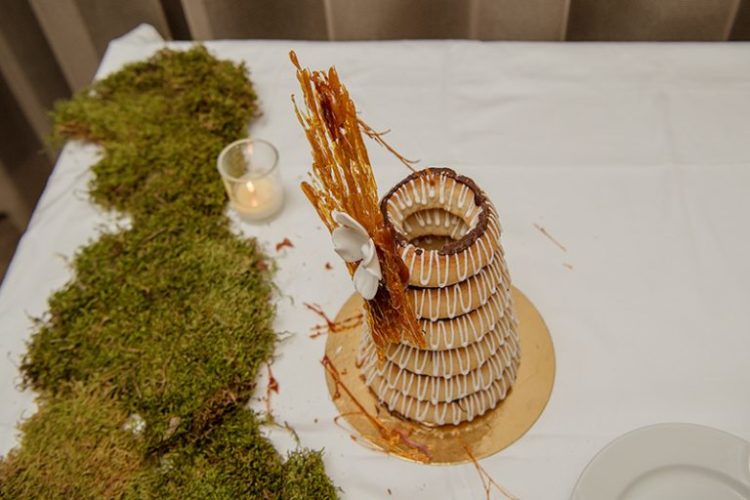 The wedding cake was a traditional Icelandic one topped with caramel 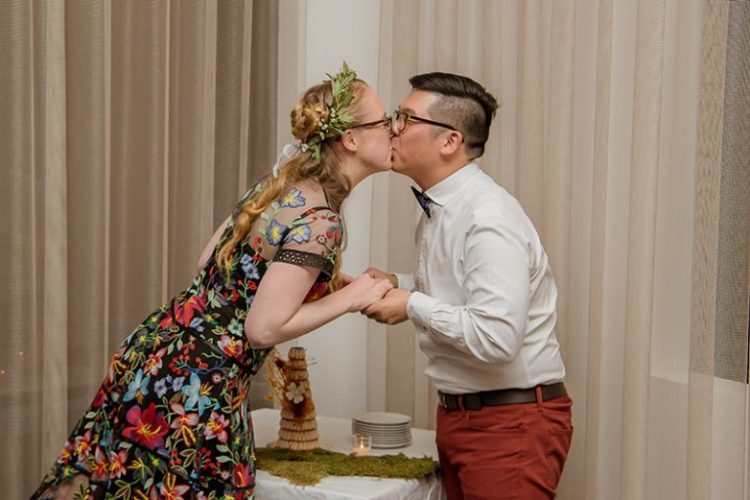 The bride changed for a floral dress for the reception