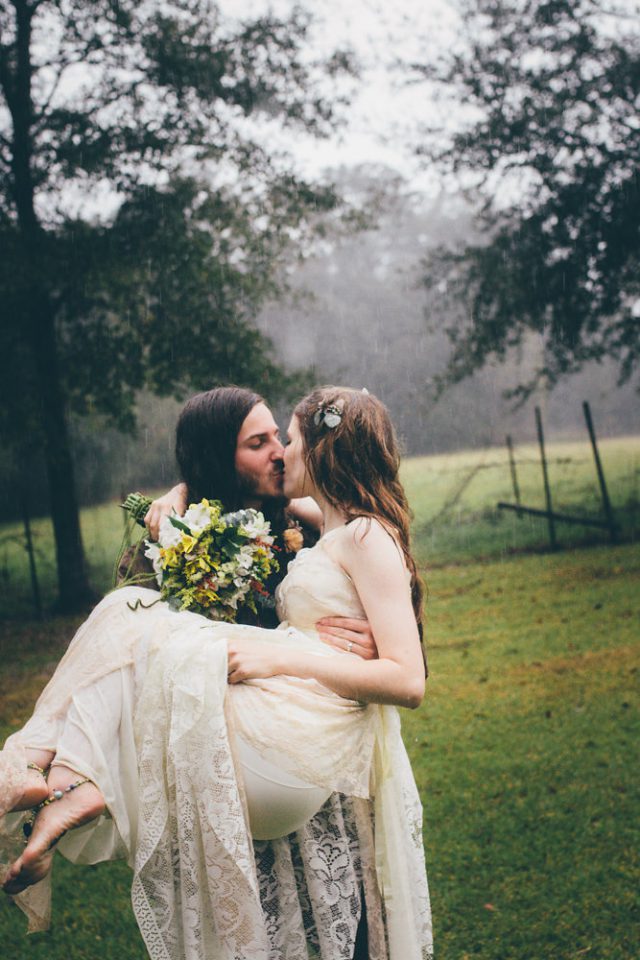 Madi and Joshua’s wedding took place just as a hurricane was hitting Louisiana. But if anything, the dramatic weather made their day much more memorable. They were having an outdoor wedding, and had no plans to move to another venue! Let’s have a look how to pull off such a wedding with a tight budget.

It wasn’t a religious ceremony, although it had a very spiritual feel and look. The bridesmaids and the bride were barefoot with beaded jewelry strung around the feet. They played almost entirely 60s and 70s music, including Led Zeppelin. Aside from the odd choice of a carrot wedding cake, they even had a whole table of southern style pies and cobblers, which was awesome, different and delicious.

As for the theme, the guys had lots of bohemian influences, with a nature/ hippie /gypsy/ faerie feel. It was also a little bluesy. They hung string lights and upcycled glass bottles with flowers inside, had a photo wall, real sliced wood, candles, moss and rocks. The flowers were baby’s breath, ferns and succulents in hand-painted vases which were made from glass apple juice bottles.

The budget was $1500, and they saved money wherever they could. The bride’s dress was from Etsy and cost $250, the cake was made by the bride’s sister and mother and the flowers were DIY too. Even their DJ was the bride’s brother in law! The venue was a local historical piece of land that was beautiful, and a great price to rent at just $100! For the main course at the reception, the bride paid her uncle $50 to make a pot of his famous jambalaya. She also asked family to bring other pots of food, so they saved a lot there too. Get inspired! 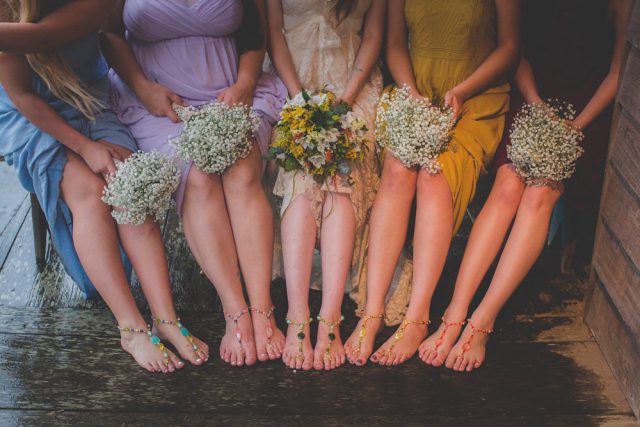 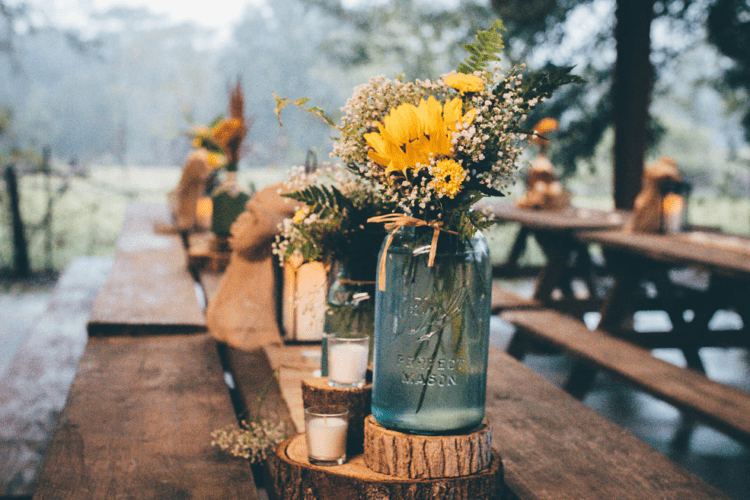 The wedding decor was done with boho and rustic touches, with 60s and 70s music 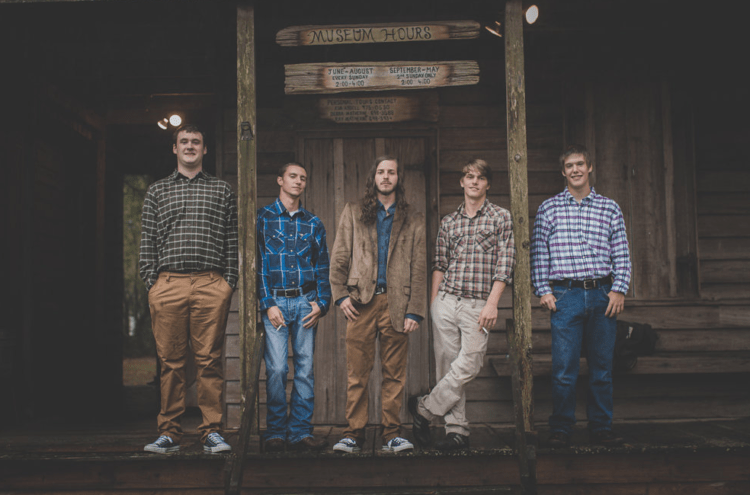 Everyone was dressed in a very simple way, the guys were wearing jeans or pants and shirts 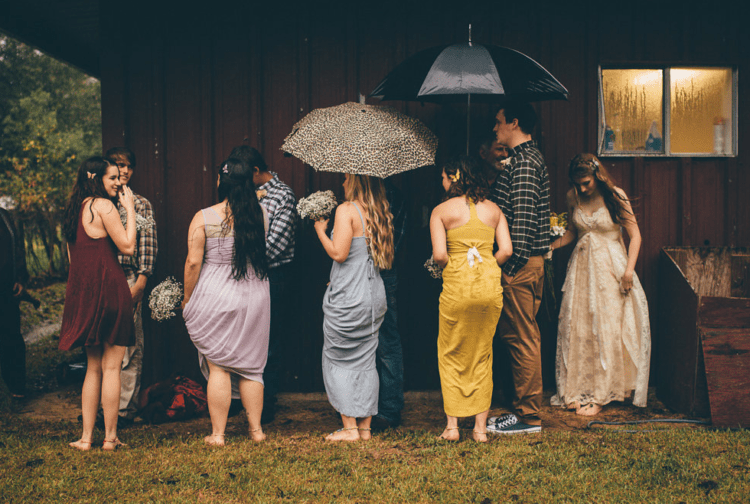 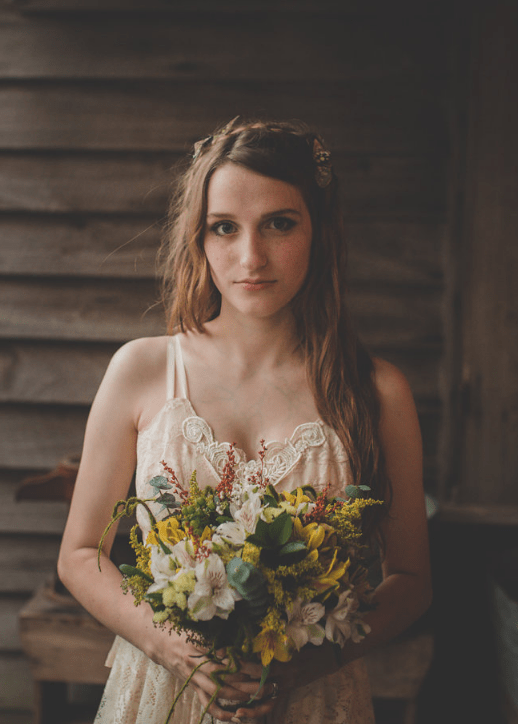 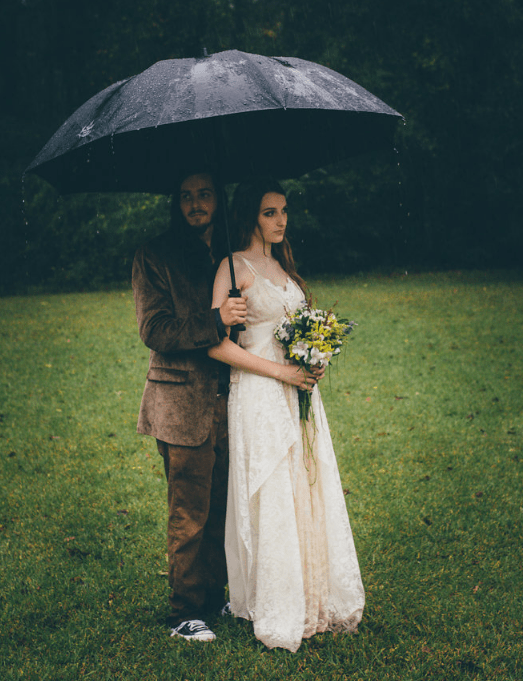 Raining isn't a problem for your wedding, your marriage will be happy according to an old proverb