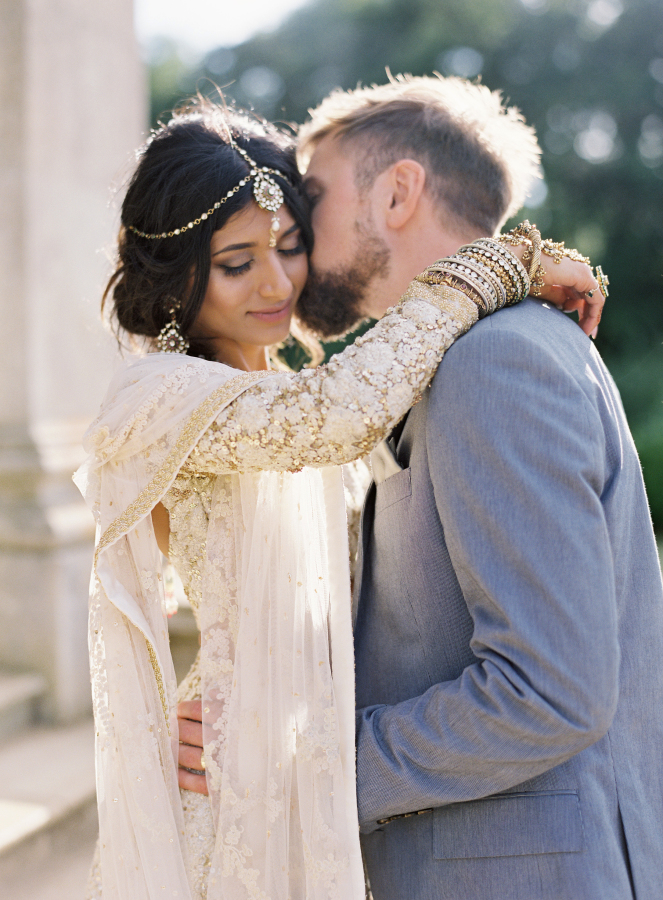 For any couples planning a multicultural wedding, take notes from Matthew and Preena who paid homage to both their Indian and English heritages in one cohesive celebration. They began the day with a Western-style ceremony followed by a traditional Hindu “Mandap” all set in the charming English countryside. A feast of Indian food was served for their ballroom reception and Taylor & Porter didn’t miss a single moment.

The guys married at Wrest Park, which mixes elegant French architecture with a grand and picturesque landscape. The grounds of Wrest Park are adorned with stunning lawns, wooded walks and flower gardens, dotted with fountains, statues and ornate follies. This unique early 19th century house was the perfect setting for this couple’s classically elegant style. Their reception was held in the grounds; in the beautiful light filled Orangery where after a feast of traditional Indian food they danced the night away under the stars.

The pastel color scheme leant to fusion of Regal Indian and classic English and ran through to the stationery, flowers, button holes (the guests has lavender and rosemary) and favors (potted succulents).

The bride was wearing a bridal separate with a keyhole back of lush fabric, with long sleeves and embroidery, which looked rather traditional for an Indian ceremony. She was also rocking an adorned veil, embellished heels, a headpiece and a statement necklace – such a balanced look that suits both ceremonies! The groom wore a blue suit for a Western ceremony and a traditional Indian one for the second ceremony.

This is a beautiful example of mixing to cultures at one ceremony, so heaven-like! 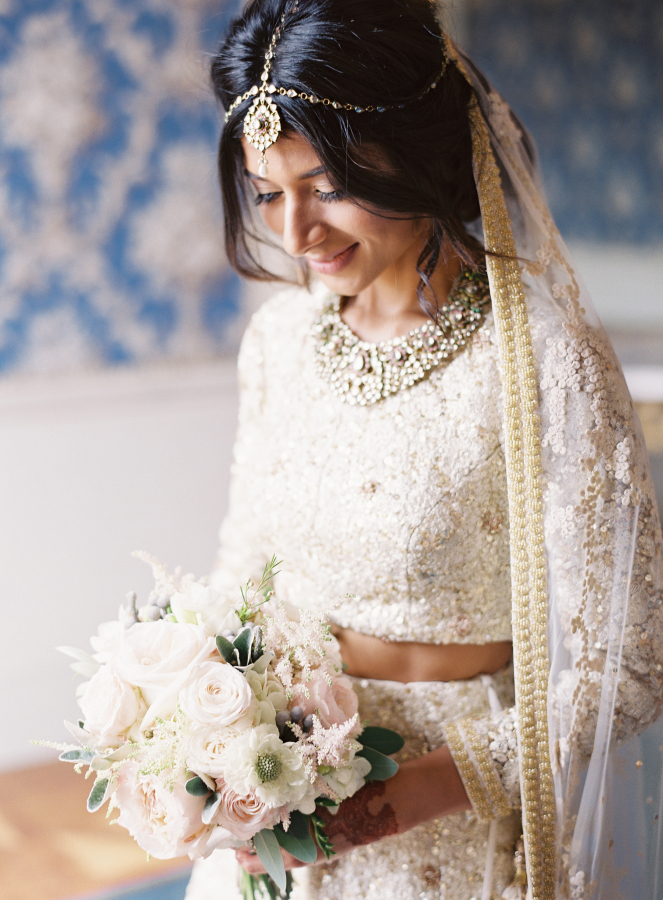 The bride was rocking a traditional Indian separate for both ceremonies, and it looked natural 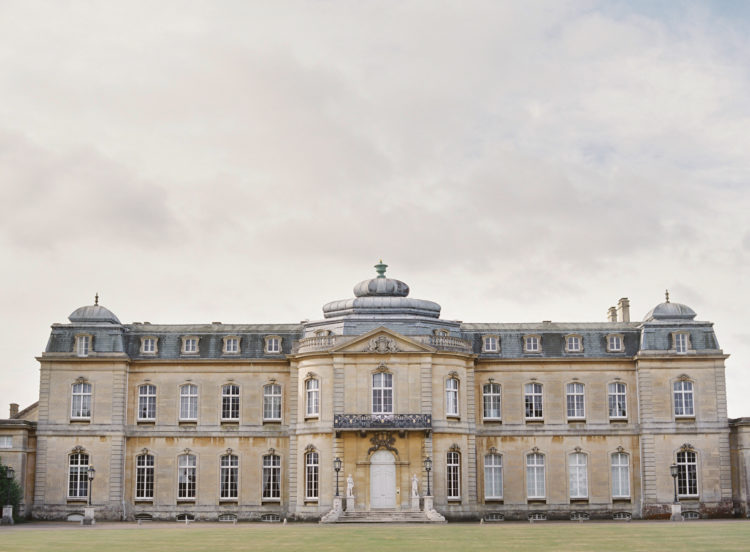 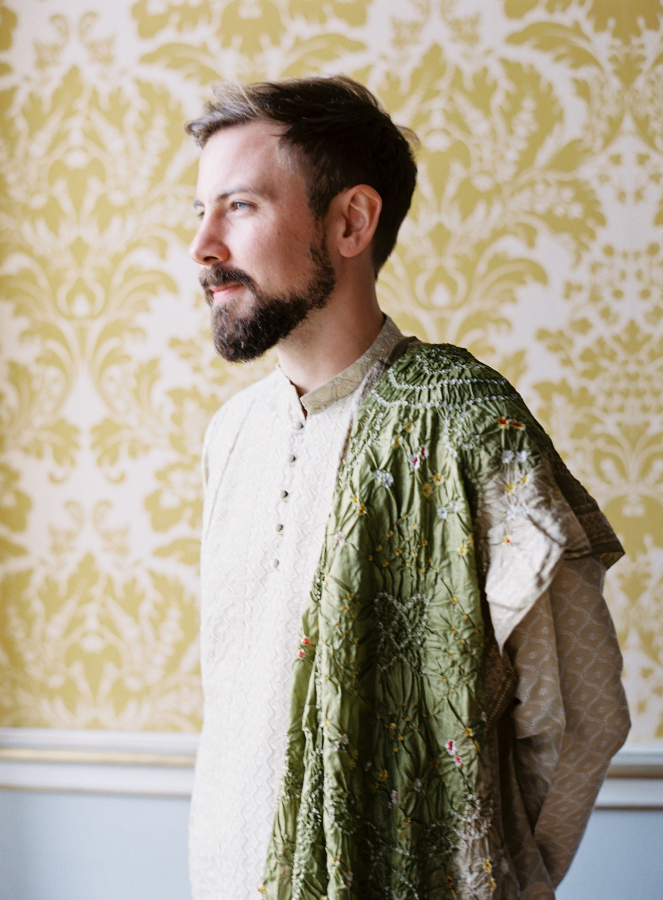 The groom rocked a traditional Indian look for the Eastern ceremony 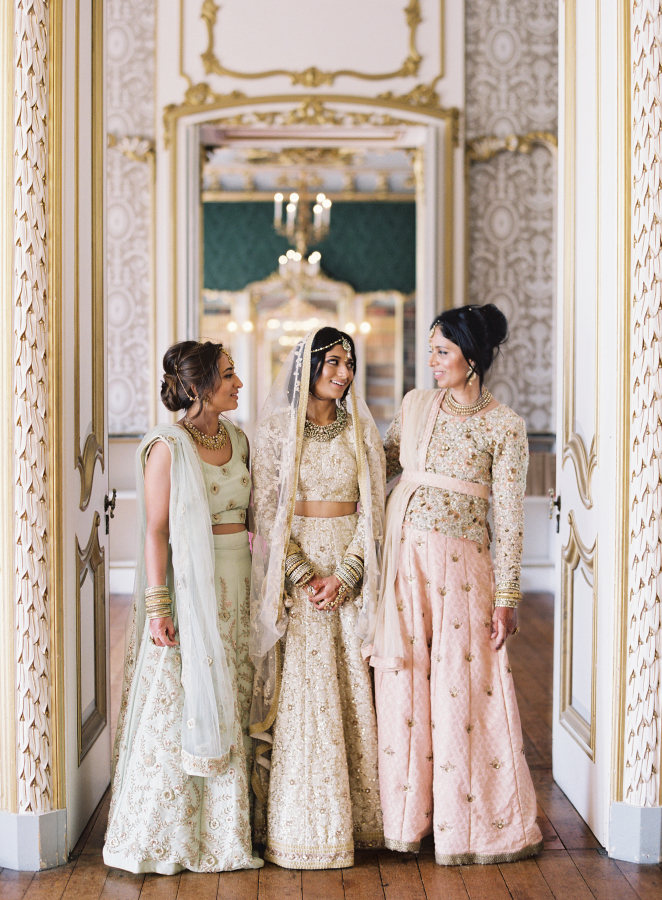 The bridesmaids were also rocking separates, it's a hot trend in modern world now 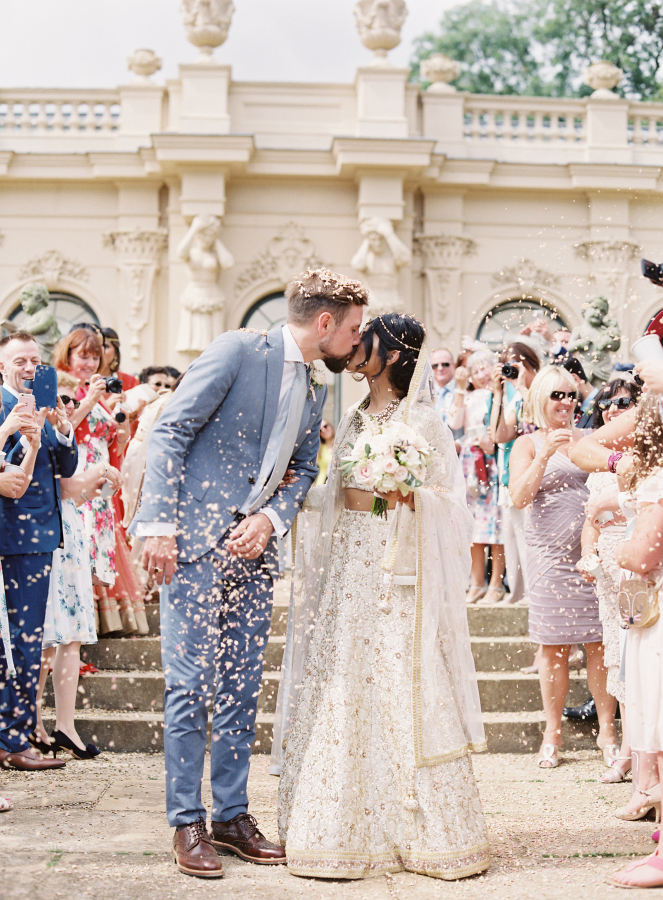 The groom wore a blue suit at the Western cermony 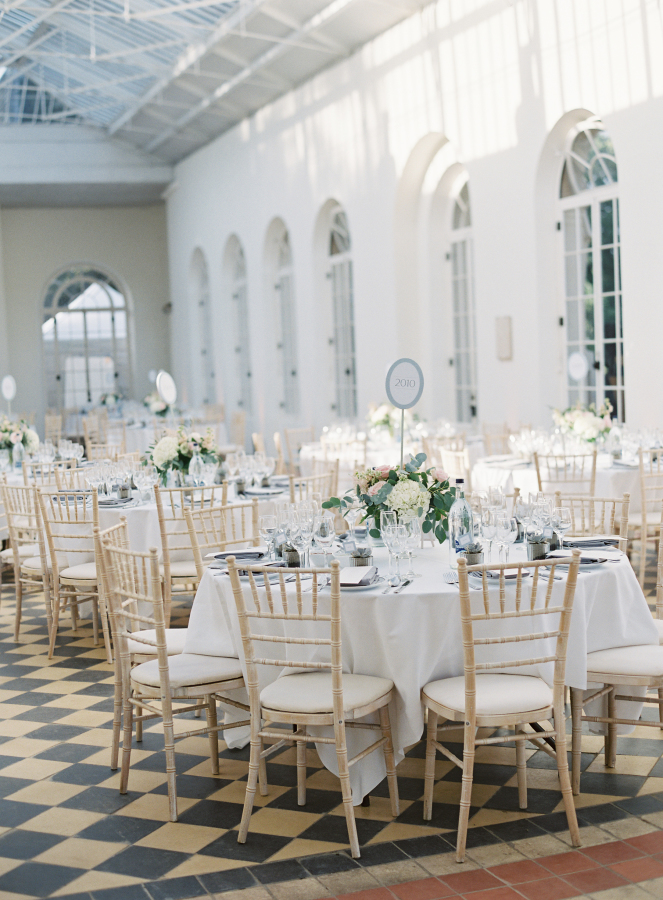 The reception was elegant, neutral and with pastel touches 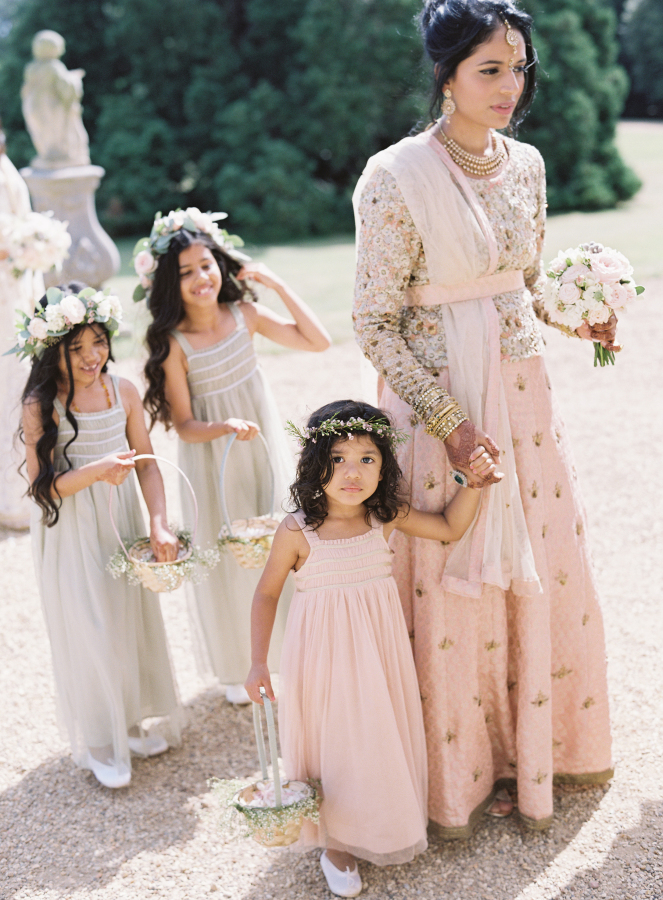 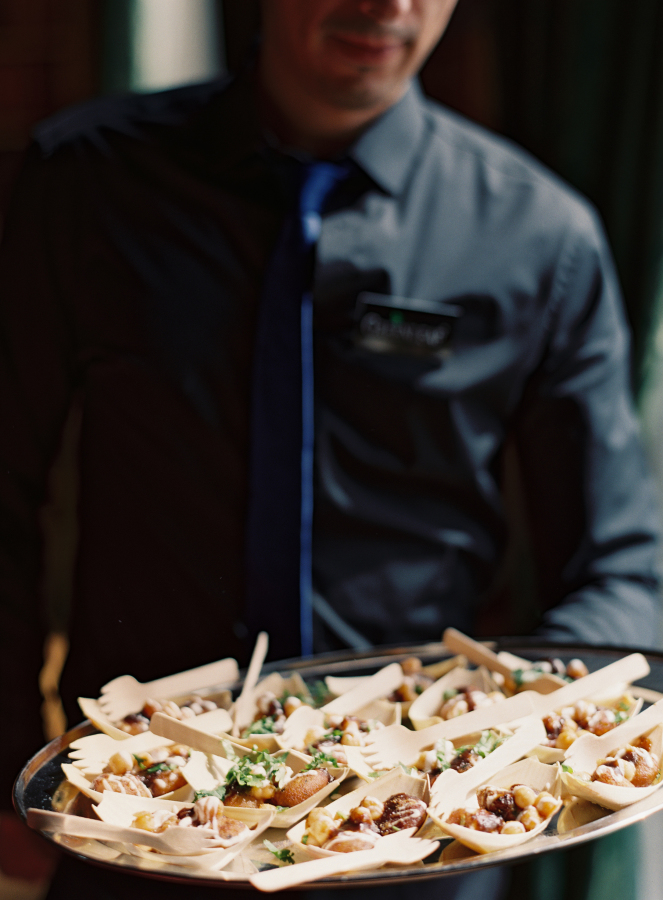 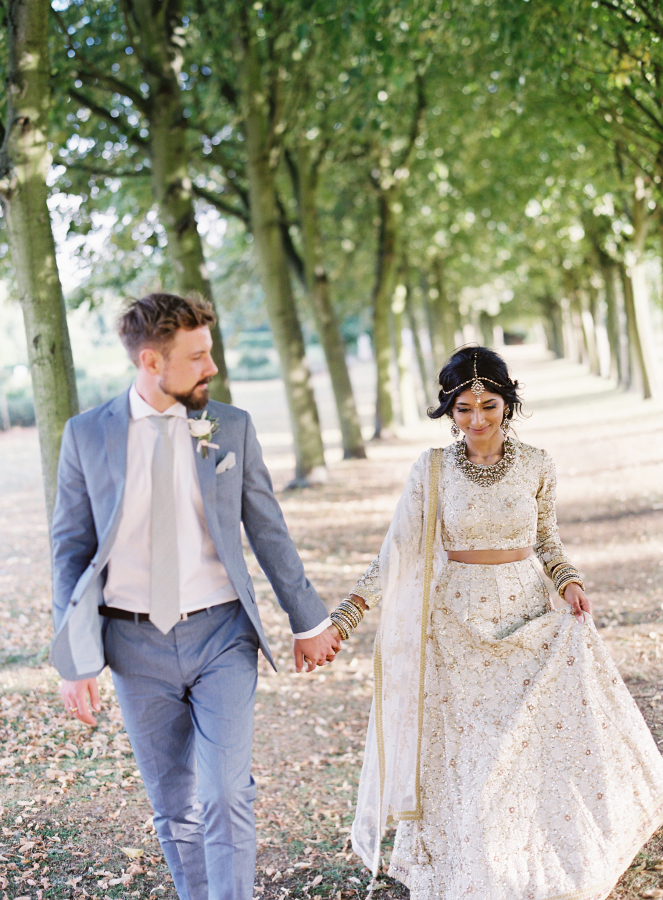 This couple looked so elegant and so unusual, we love when opposites are attracted to each other 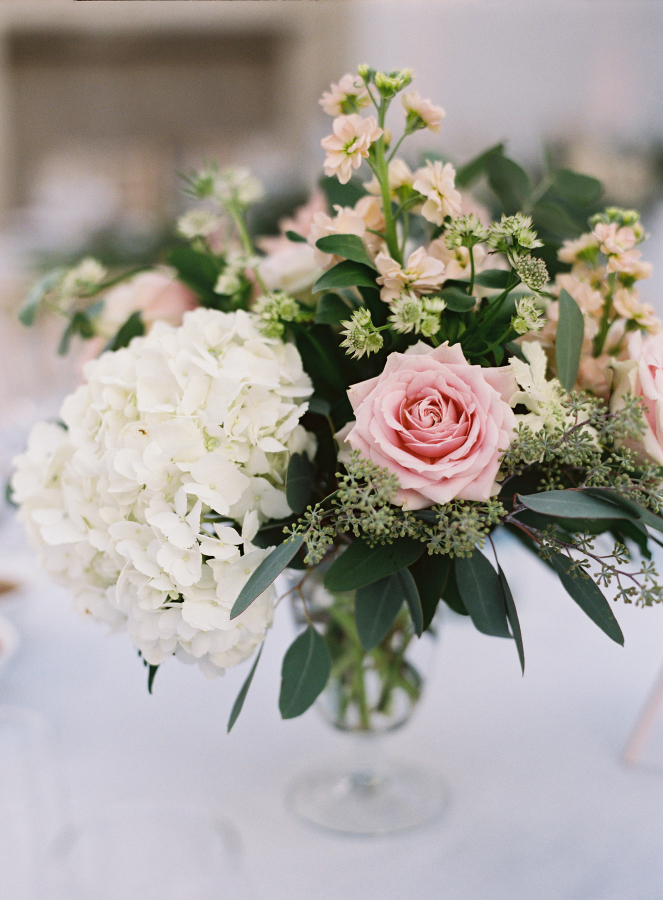 Beautiful flower centerpieces echoed with lush gardens around the mansion