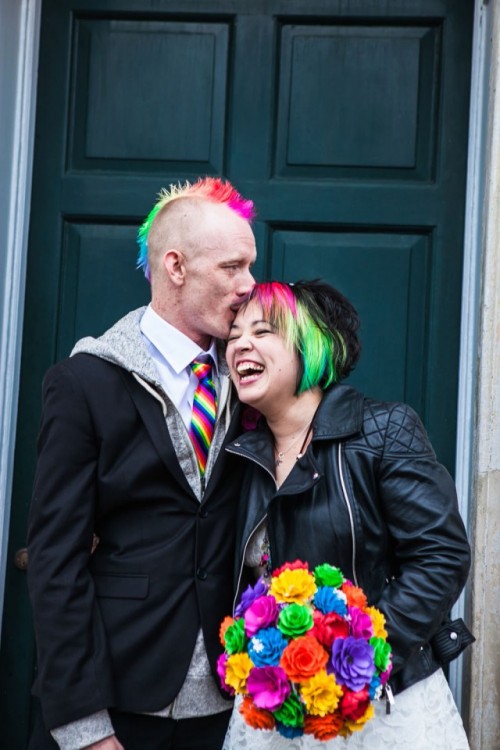 If you are feeling that following convention isn’t yours, just don’t do that! Zoe and Peter wanted an unconventional wedding, so they decided for a geeky rainbow punk-rock tea party! They also included plenty of color, computer game references, Lego, Hello Kitty, large mugs and copious amounts of tea and cake. The couple added as many personal (rainbow!) touches as they could and handcrafted a lot: the bride made invitations with rainbow card and ribbons, baked the cake and cupcakes. Then her mom and she made centerpieces, these were – Ikea planters filled with the pompoms and some loose paper flowers entwined with a string of micro-LED fairy lights. 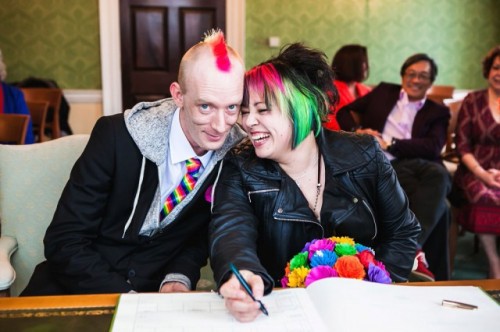 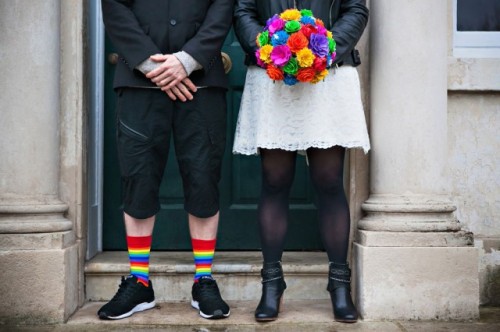 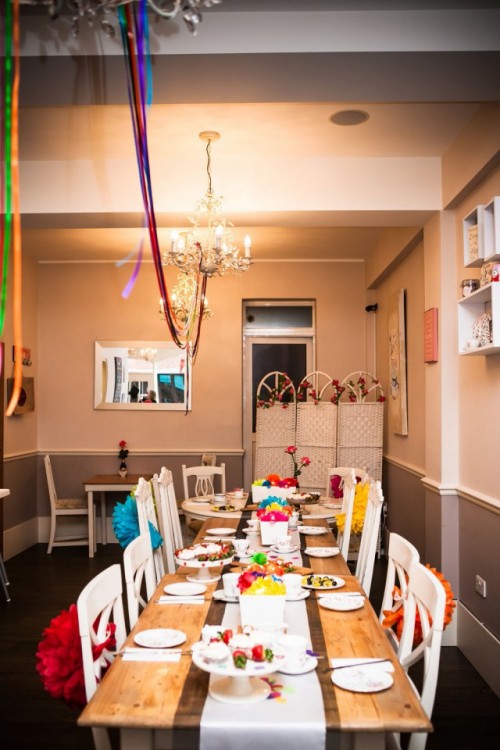 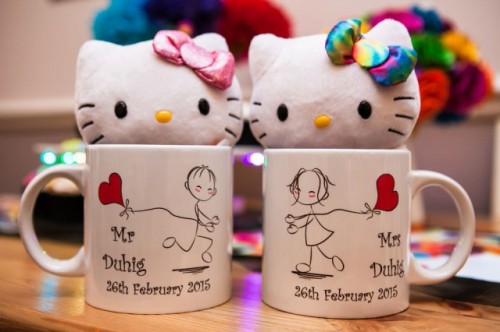 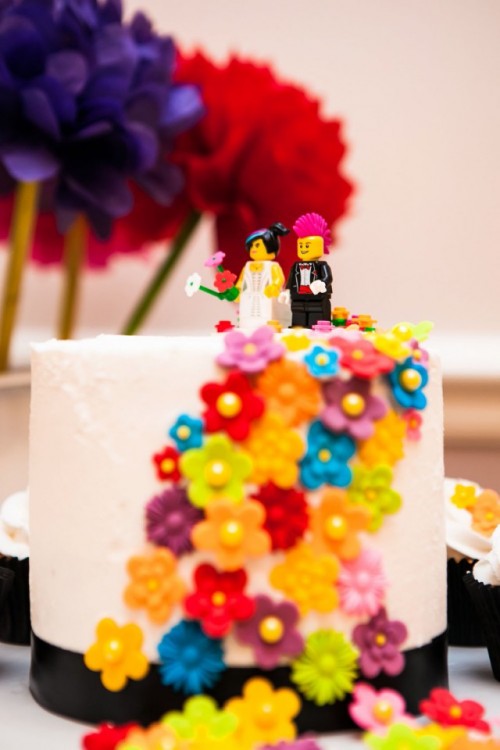 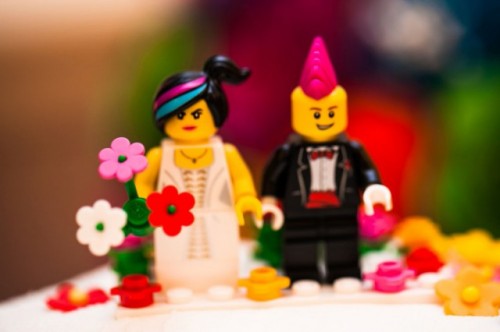 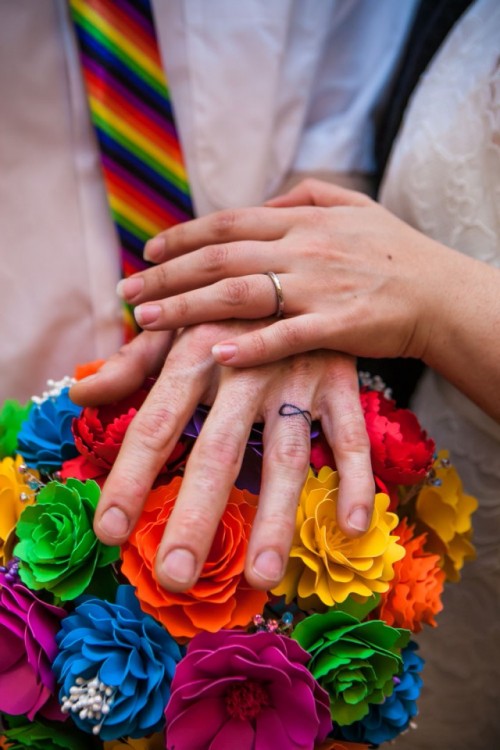 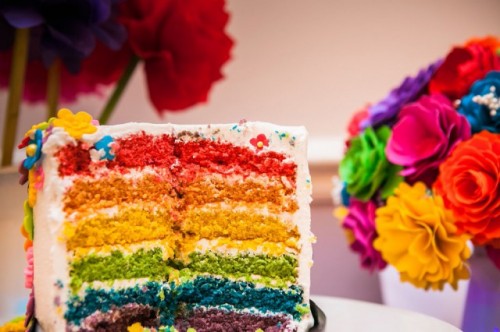 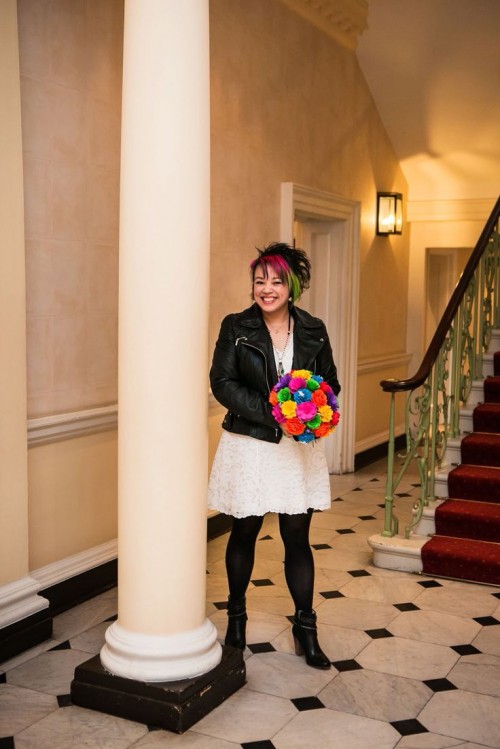 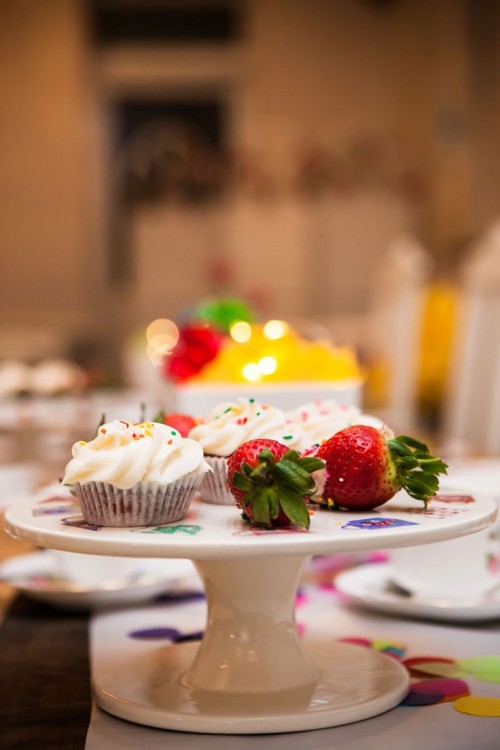 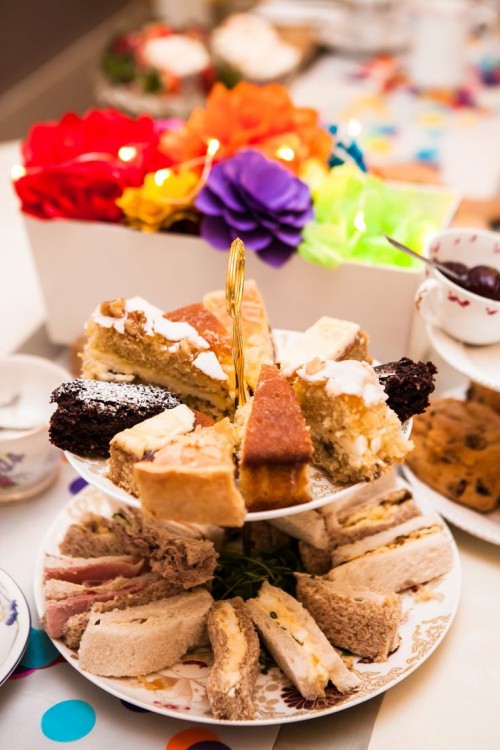 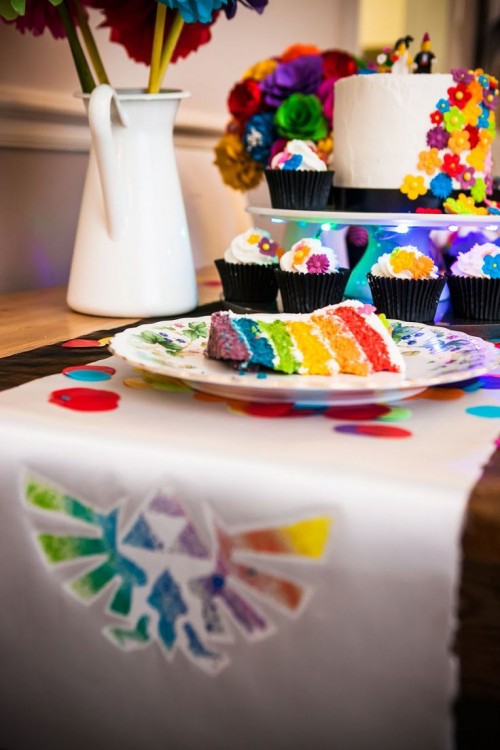