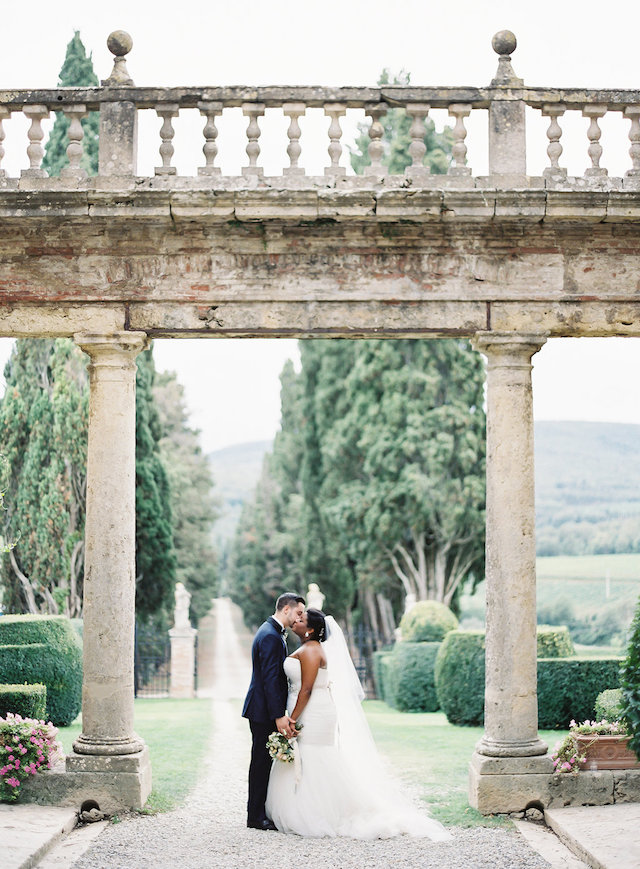 This wedding took place in an olive grove in Tuscany, it was intimate and inspired by Italian glam

Whitney & Shaun’s destination wedding with just 35 guests is a total dream, set against the backdrop of an Italian villa right out of a movie! The couple started dating at 16, and during their 10 years together they studied in Florence, where they fell in love with all things Italian. That’s why they chose Tuscany for their big day, let’s have a look at details.

The ceremony and reception were held at the same location, Borgo Stomenanno. The ceremony was held at the end of the olive grove in front of a brick pillar in the middle of a semi circle of cypress trees. The cocktail hour was held the front of the venue in the Italian gardens. The dinner portion was held at the back of the villa under a canopy of trees. The wooden table featured a long garland of greenery with vases of flowers and candles on vintage holders mixed in. The dancing portion was held by the pool.

The couple wanted some glamorous elements which included the luxurious villa, black tie attire, and chandeliers in the trees, but they were also adamant on choosing the humble, simple, delicious food and creating a close family atmosphere indicative of Tuscany.

There were two wedding cakes: one was the traditional Italian wedding cake, millefoglie, which is layers of puff pastry, chantilly cream, and fresh fruit. There was also a tiered naked cake, and then gelato and an assortment of Italian cookies around midnight during the dancing portion of the evening. 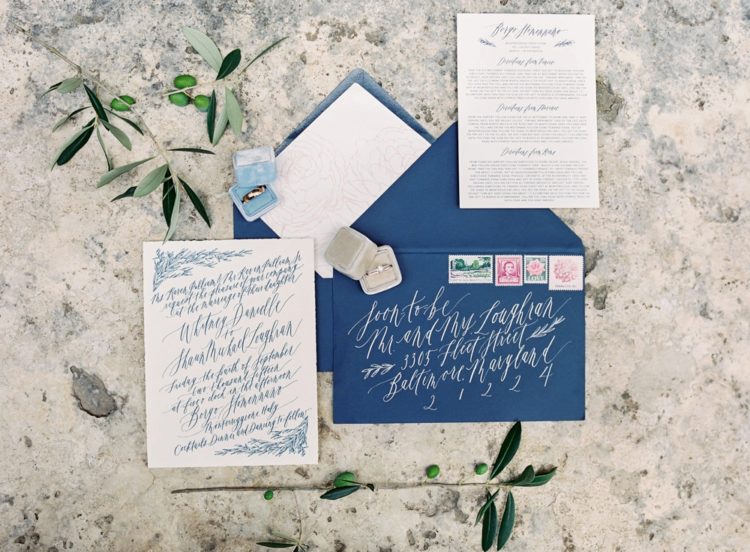 The wedding stationery was done in blue in order to have something blue, which is a popular tradition 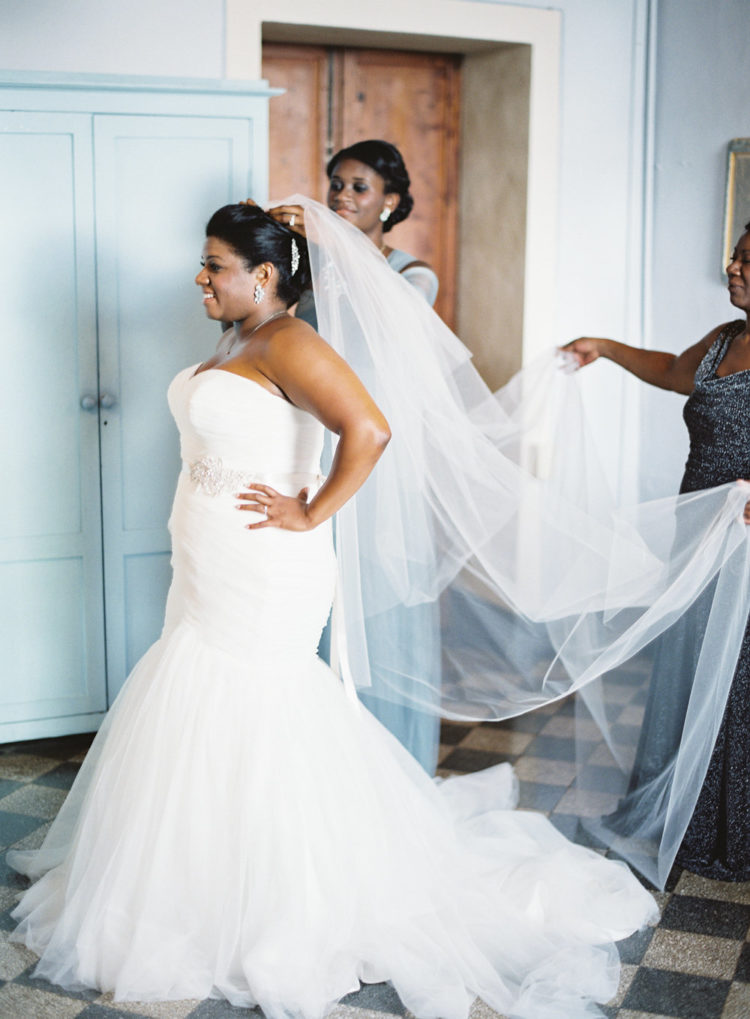 The bride chose a strapless mermaid wedding gown with a train, statement earrings and a veil 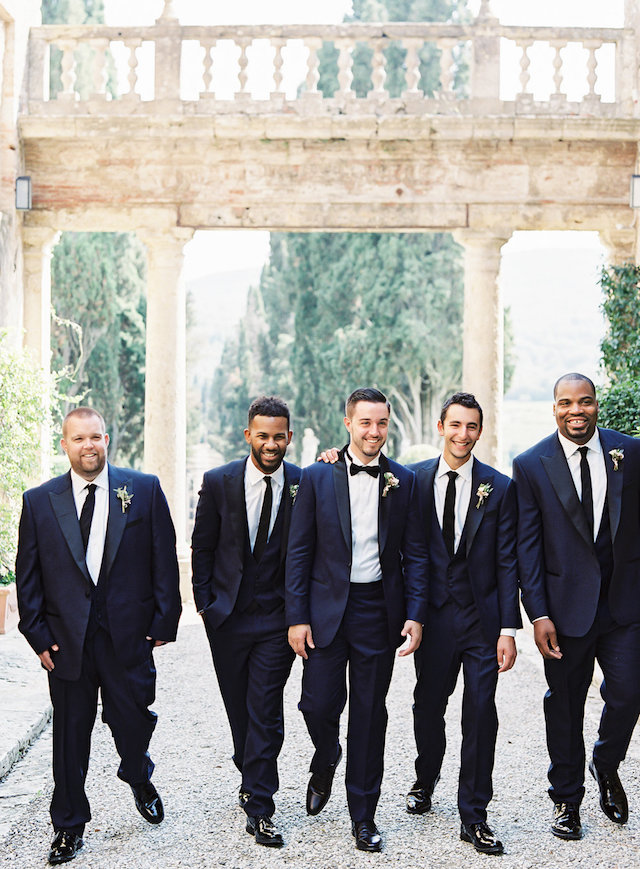 The groom was rocking a navy tuxedo with black details, and his groomsmen were wearing the same suits but three-piece ones with ties 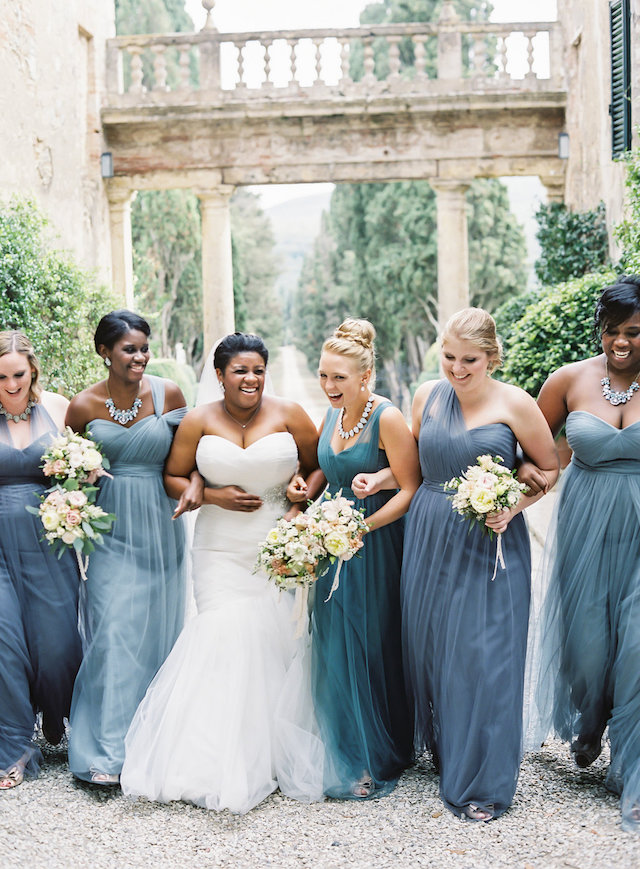 The bridesmaids were wearing different shades of blue, with greyish touches 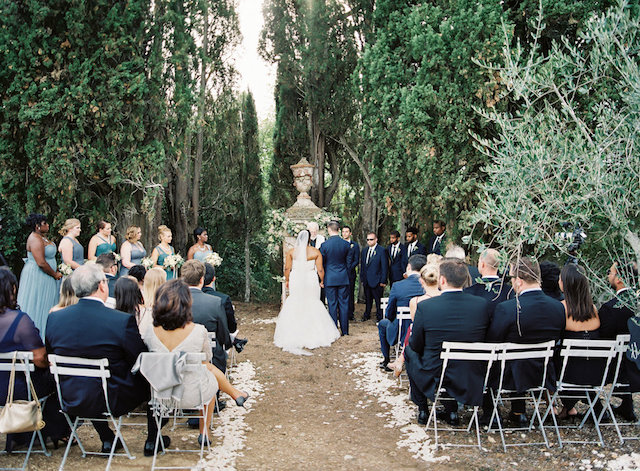 The ceremony took place in an olive grove, which was amazingly beautiful and didn't require any decor 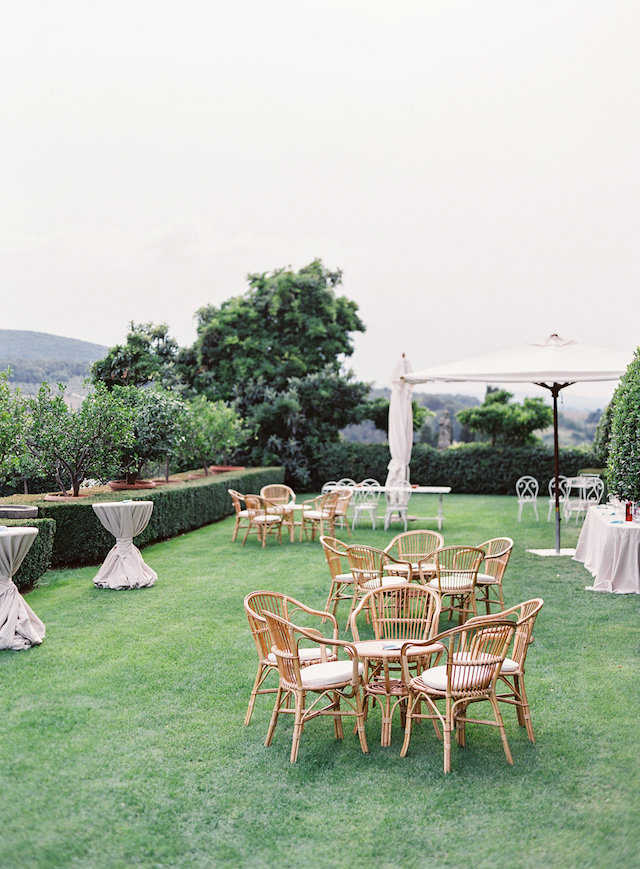 The cocktail hour was held here, in the garden, all the events of the day were outside 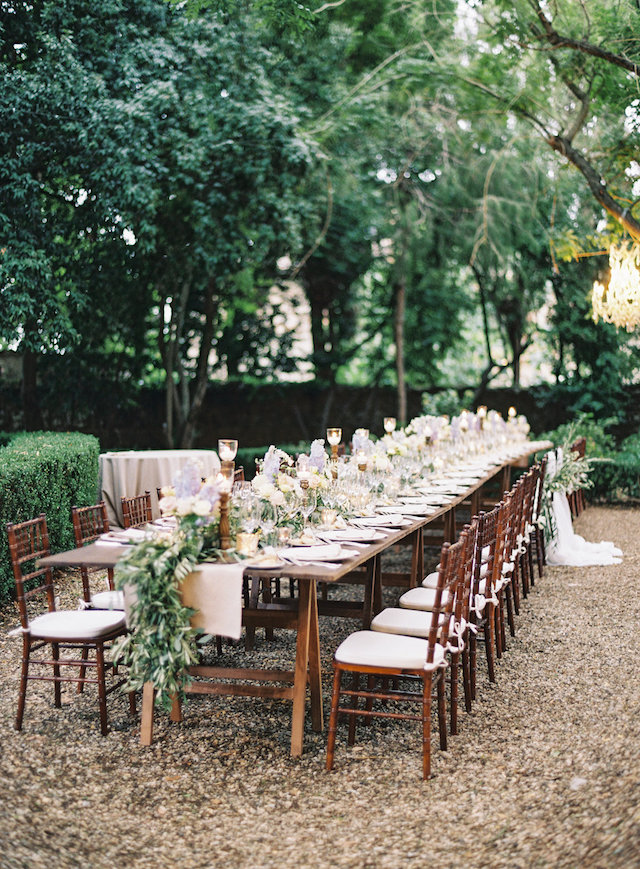 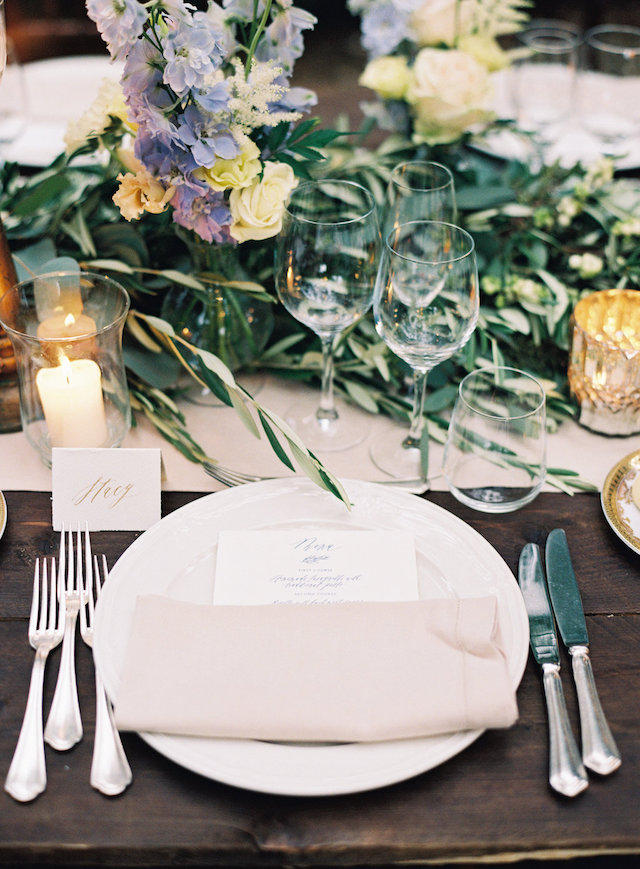 The napkins and runners were neutral, and florals were local ones 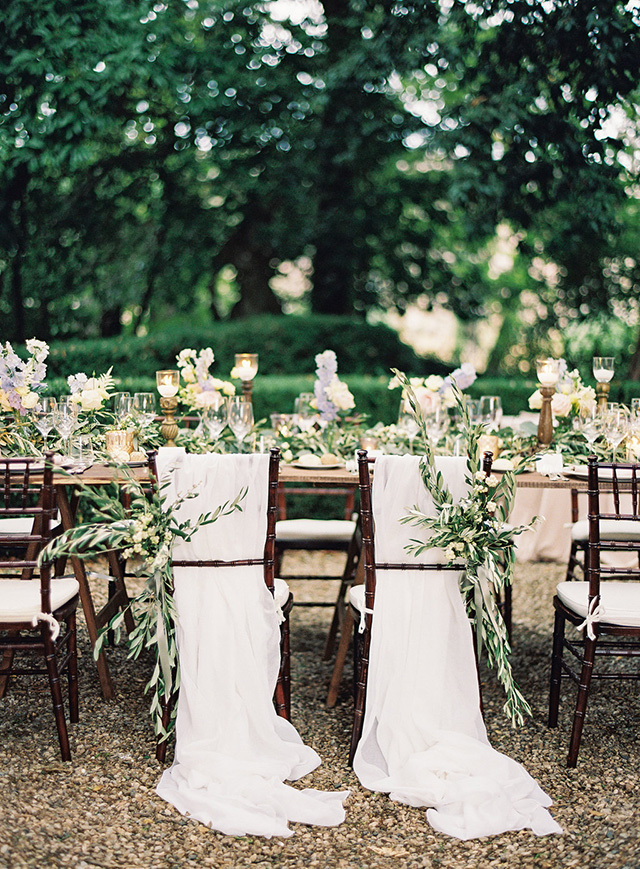 The wedding chairs were decorated with flowy fabric and greenery