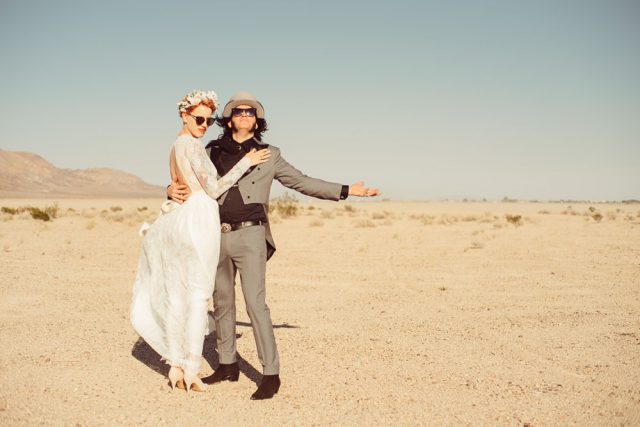 Sarah and Sebastian were inspired by Fear and Loathing in Las Vegas for their wedding. They wanted to have the trip of a lifetime, Cadillac convertible and all. They invited a big group of friends and family to fly out to celebrate with them.

The couple is originally from Vienna, and they flew to Los Angeles and then drove themselves to Sin City in a 1970 Chevy Impala. The guys stopped along the way to shoot some of our wedding pictures in the desert. It was a big party on the highway because people kept seeing them driving in their wedding clothes. The bride was wearing a conservative long-sleeved lace dress with a open back and a flower headpiece, and her bold hair color made her look rock. The groom was wearing an Elvis-inspired grey suit with a black shirt and a grey top hat. Their looks were unusual and a bit badass, that was the core motif of the whole wedding.

Sarah and Sebastian were married at Graceland Wedding Chapel by Elvis. After the ceremony they had a wonderful dinner at the Barrymore Restaurant and then afterwards they were picked up by a double decker bus and they did a city tour with their guests. Finally, for the after party they rented a two floor suite with a big skyline terrace at the MGM Hotel.

The couple also made couple tattoos on their wrists with the word ‘Vegas’ to commemorate their elopement. This is a huge trend among couples, consider it, too! 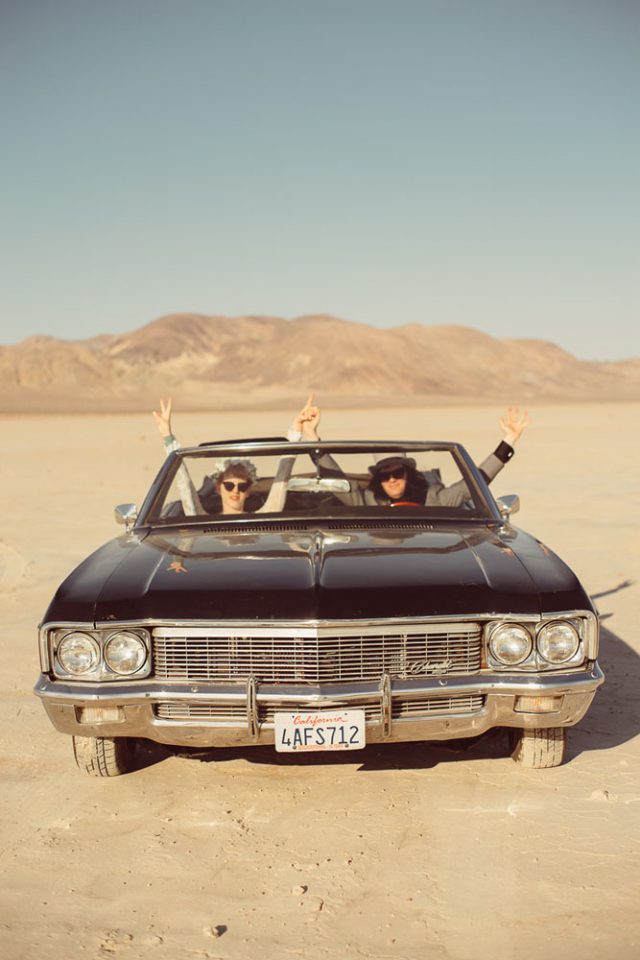 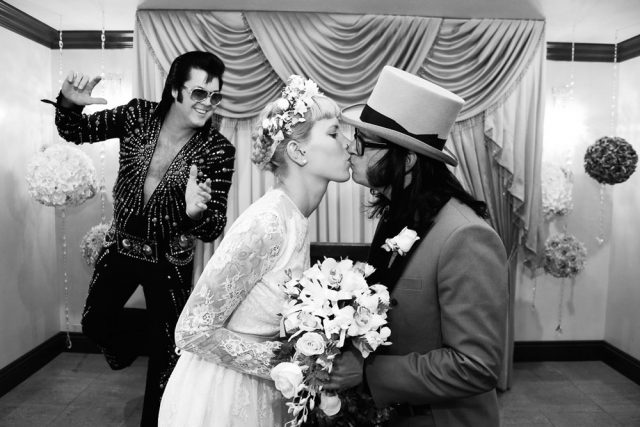 They were married in Graceland Wedding Chapel by Elvis 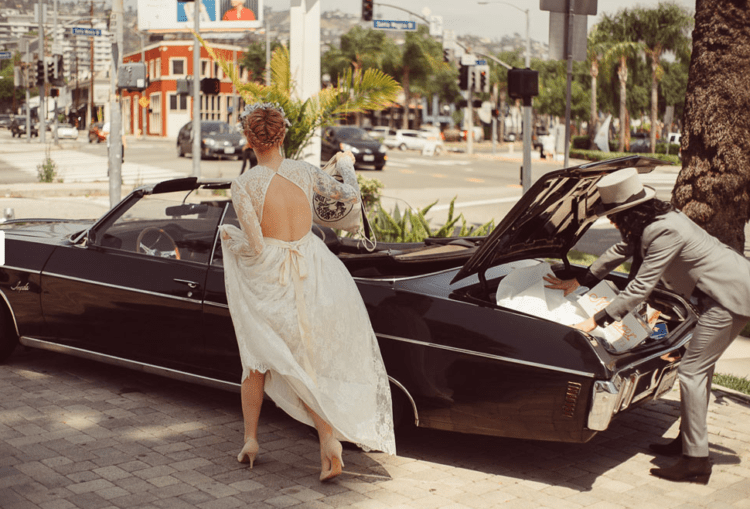 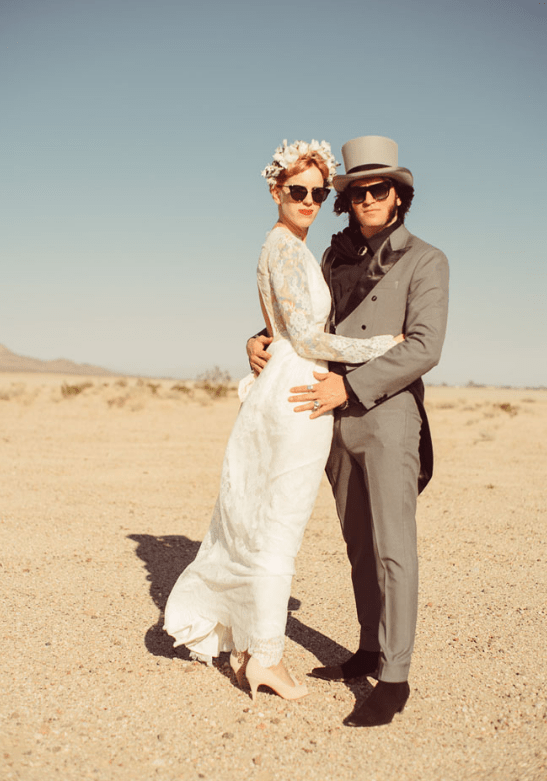 the groom rocked a vintage-inspired grey suit, a top hat and a black shirt 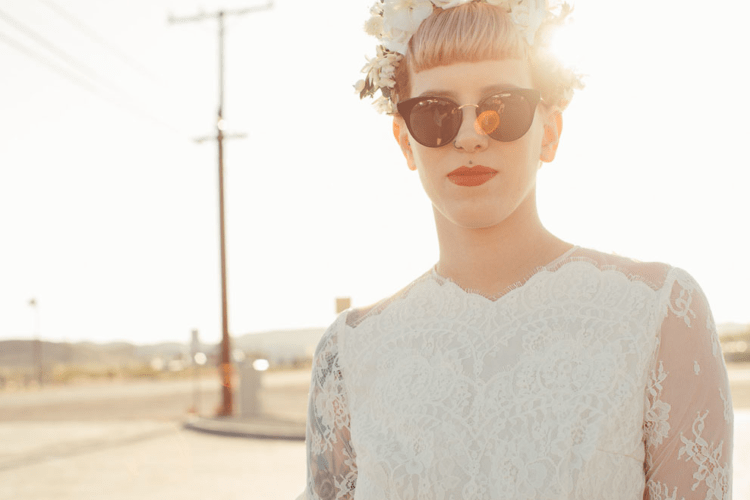 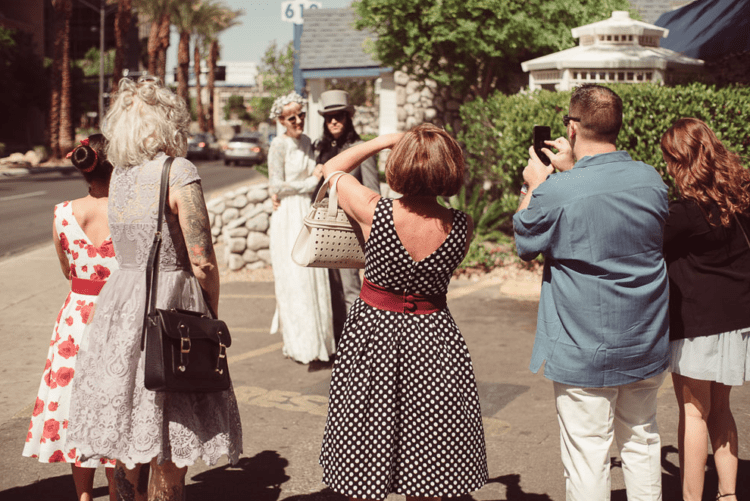 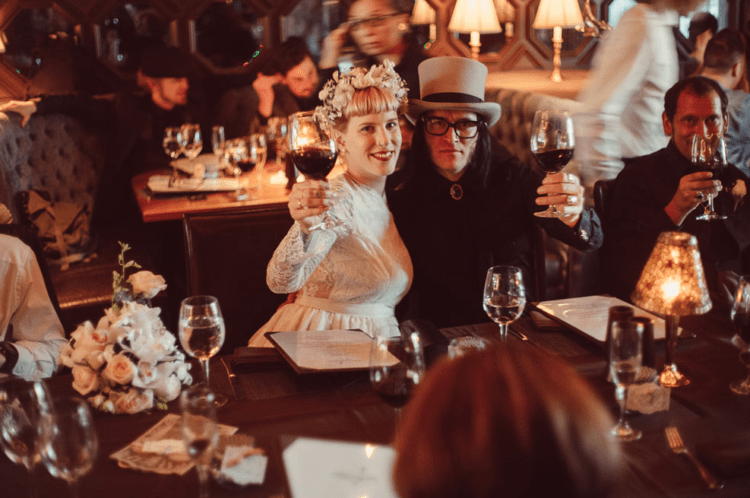 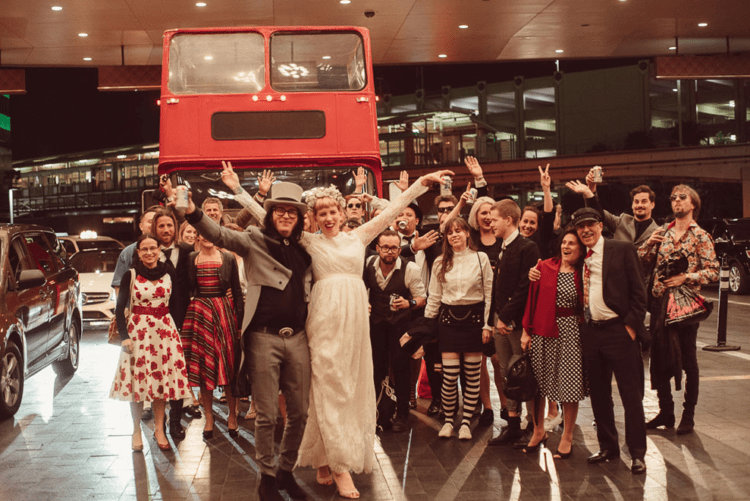 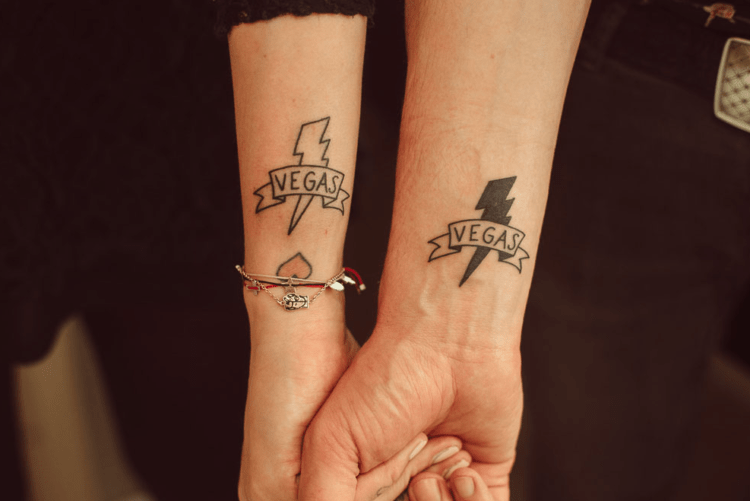 Wedding couple tattoos are very actual and trendy now, and the guys made Vegas ones