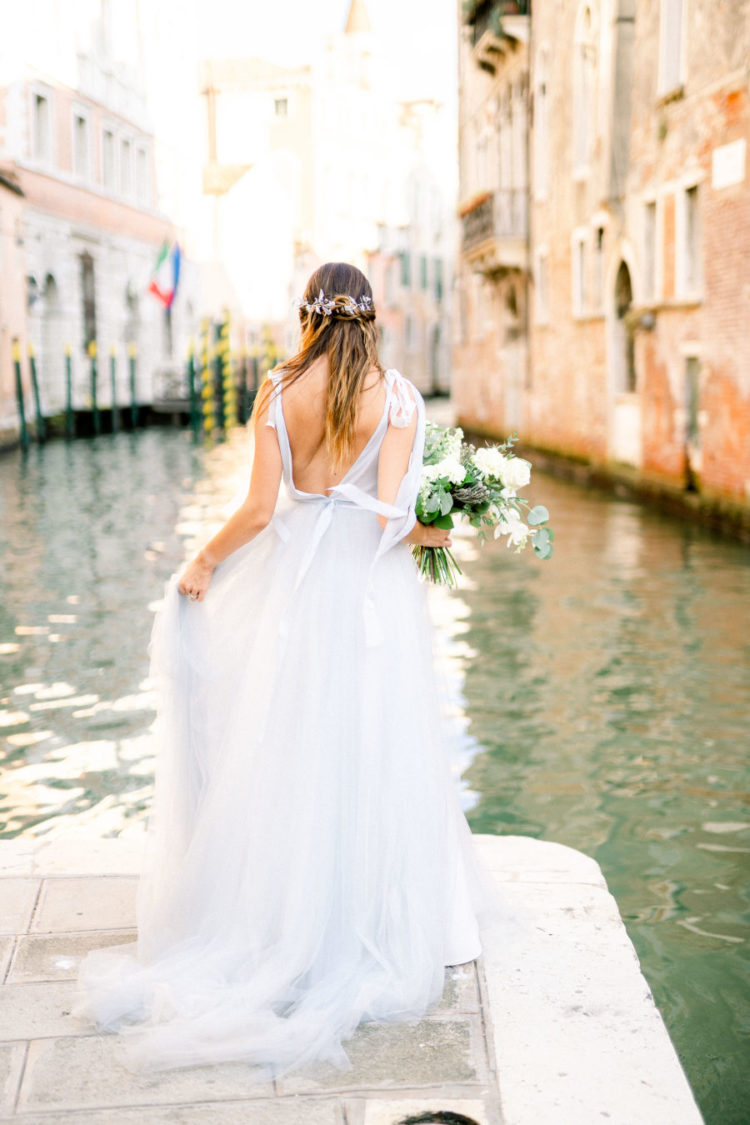 This stunning elopement shoot is inspired by the soft blue hues and gilded details of Saint Marks Basilica in San Marco Piazza. Since Venice is known for its deep jewel tones of reds, emeralds and blues – Ema Giangreco Weddings wanted to present a softer take on the famous floating city.

Venice is known for it’s regal grandeur and in rich jewel tones – Italian-American planner Ema Giangreco wanted to showcase a softer side of Venice. The color palette was derived from the famous Saint Marks Basilica in San Marco Piazza. The domes of soft blue hues with gold gilding, the building walls – soft greys and creams. The florals were clean and simple whites and greenery – with an unexpected modern touch of white orchids. The soft design carried through to the table – again boasting soft greys and blues – punctuated with simple white florals and greenery. The couple departed their reception in a quintessential Venetian gondola for two.

A perfect juxtaposition of the grand church where the heavily candle-laden ceremony took place. Just a short distance from the church the couple walked the back canals of Venice to their reception location – an intimate space set for two at the Palazzo Morosini – canal front.

Custom gown designer Silvia Valli created a one of a kind gown for the bride with hints of dove grey and muted blue tones in a soft ethereal vibe. Take a look at the pics and get inspired! 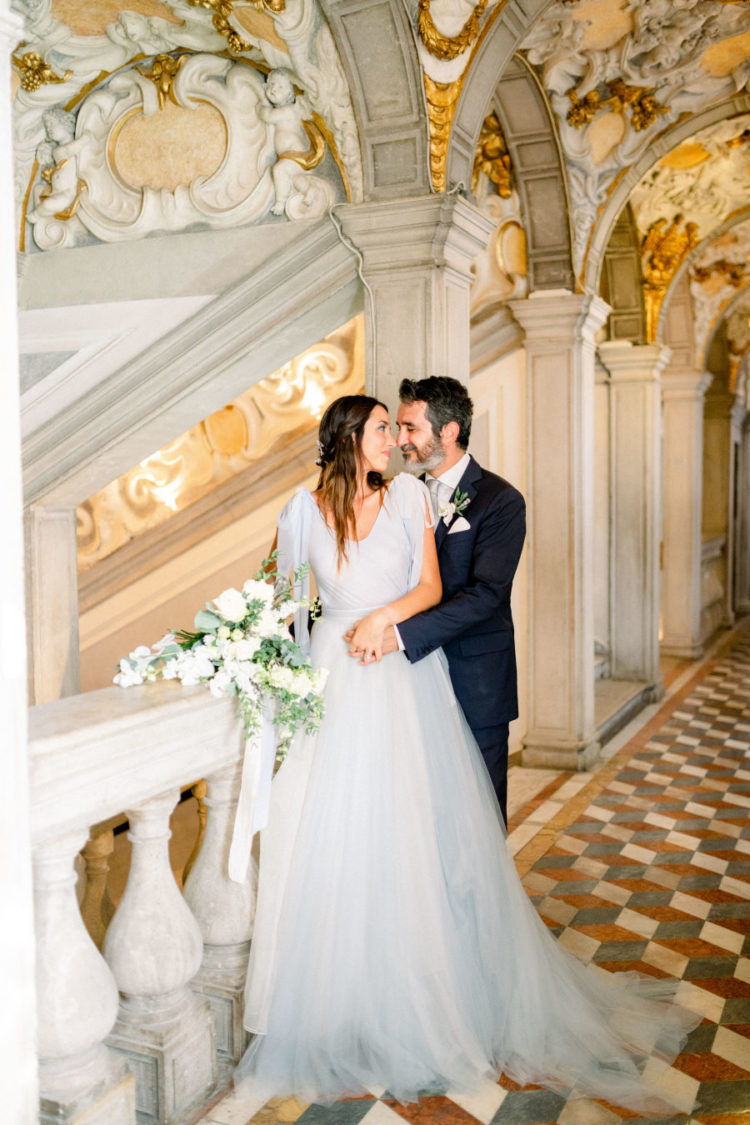 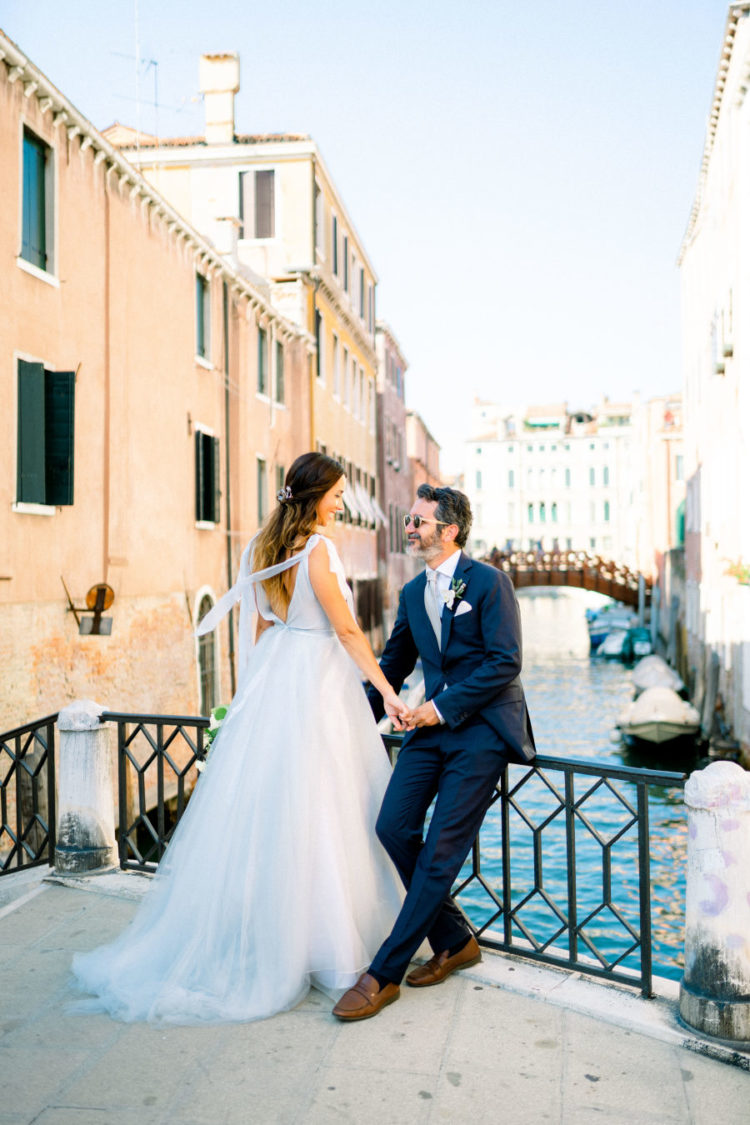 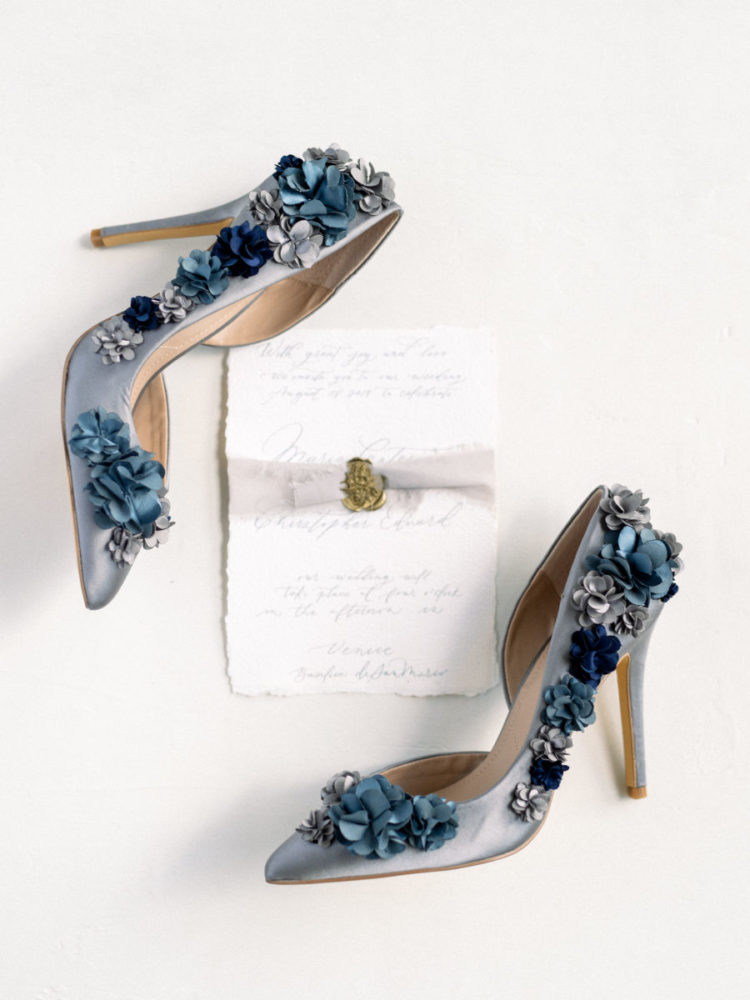 Look at these blue wedding shoes with 3D flowers, aren't they gorgeous 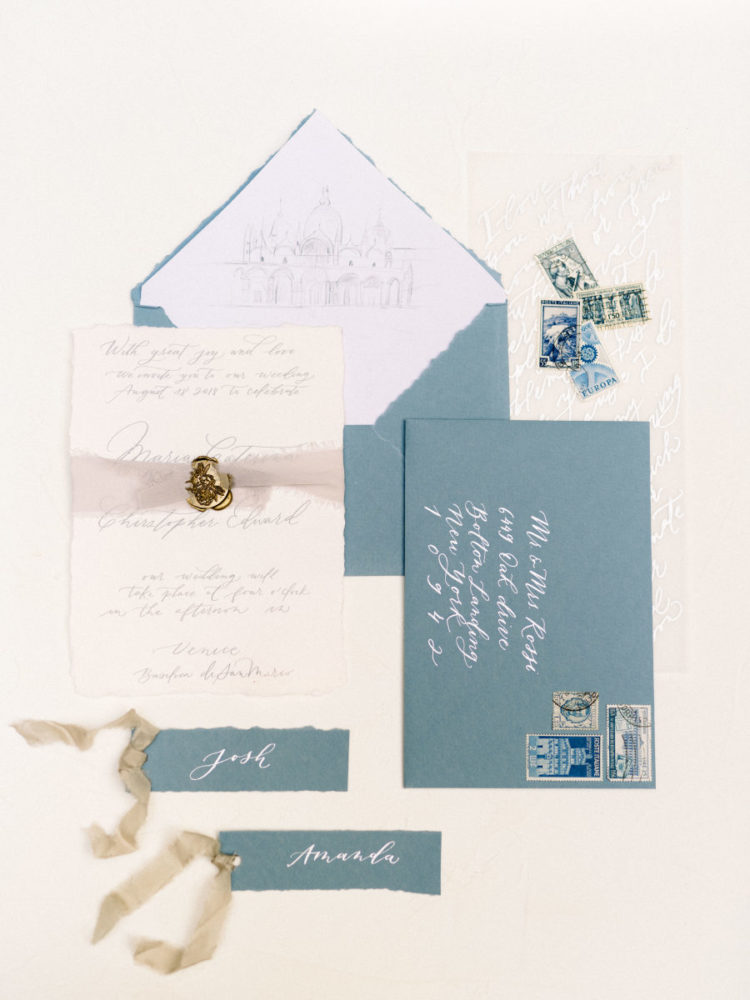 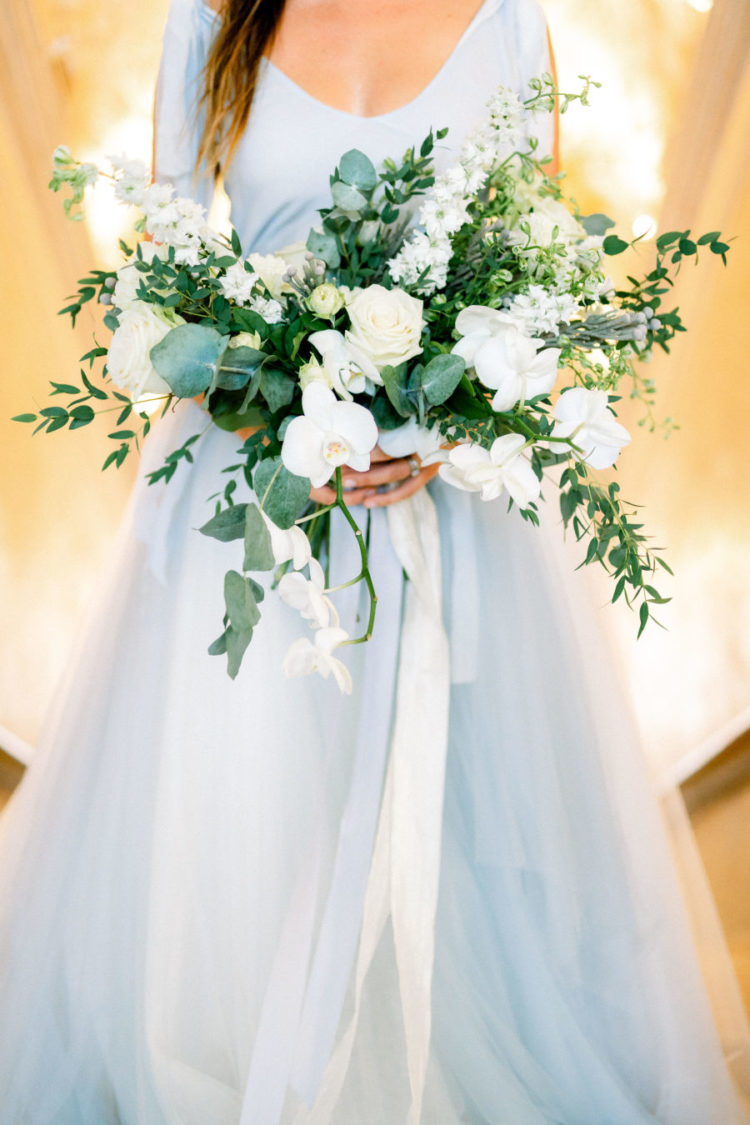 The wedding bouquet was done with white blooms and much greenery 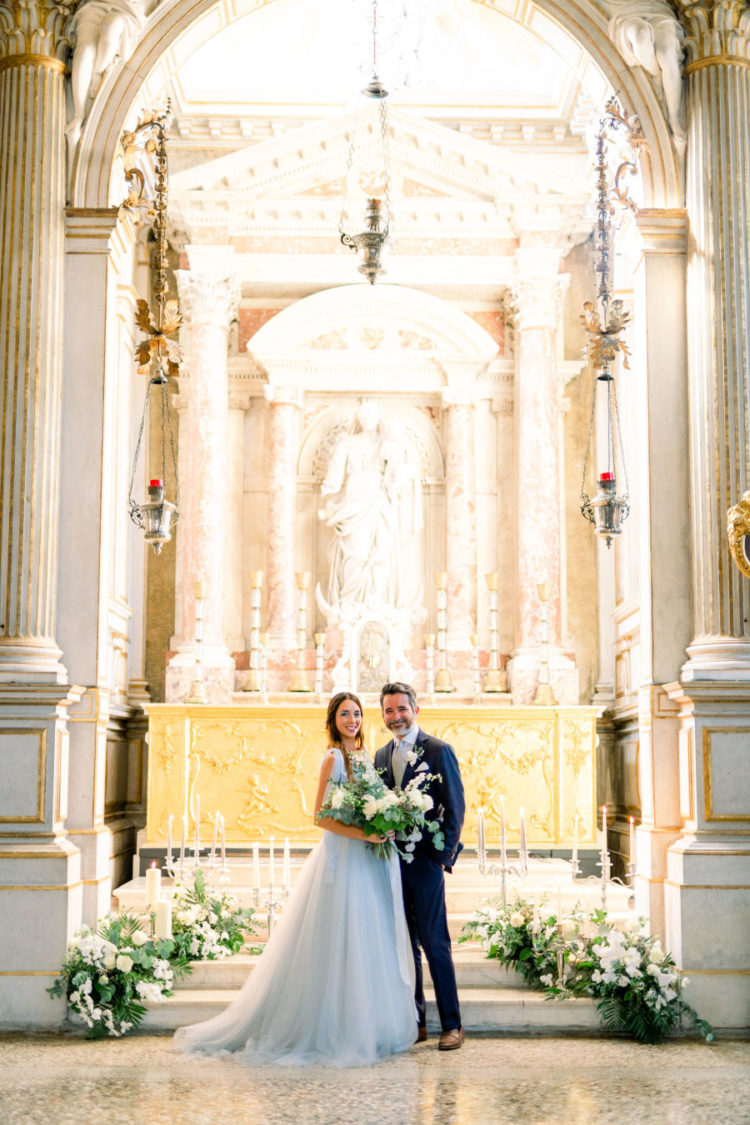 The wedding ceremony space was also done with white flowers, greenery and lots of candles around 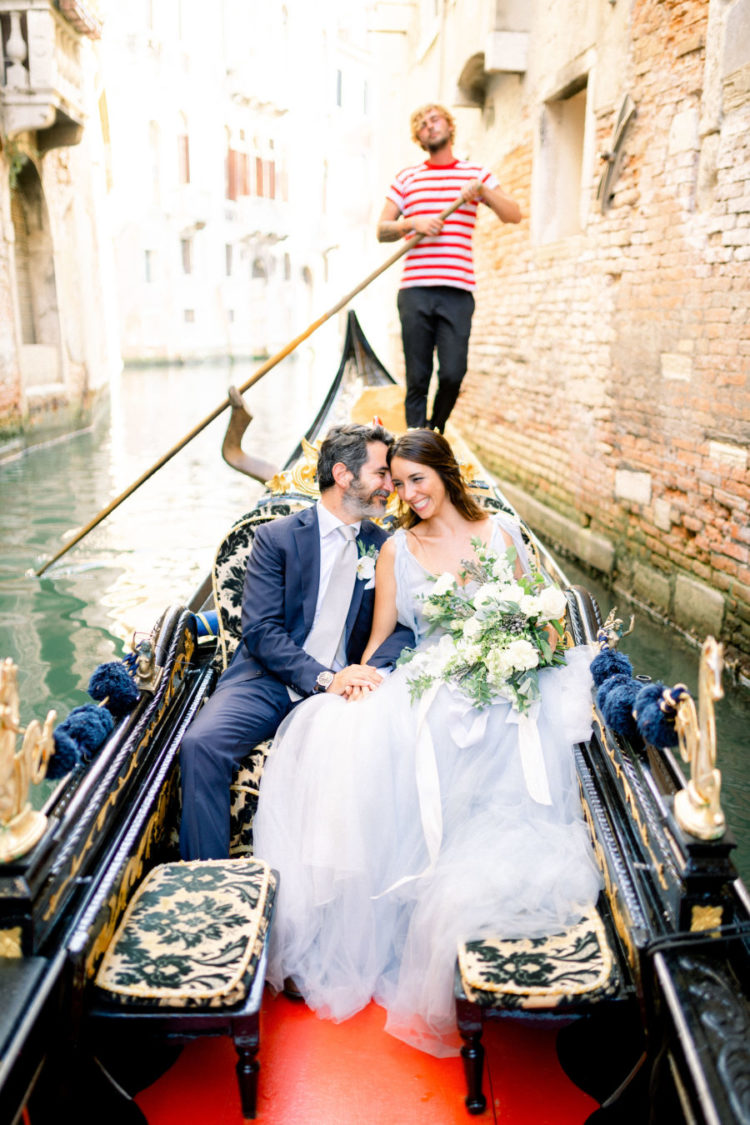 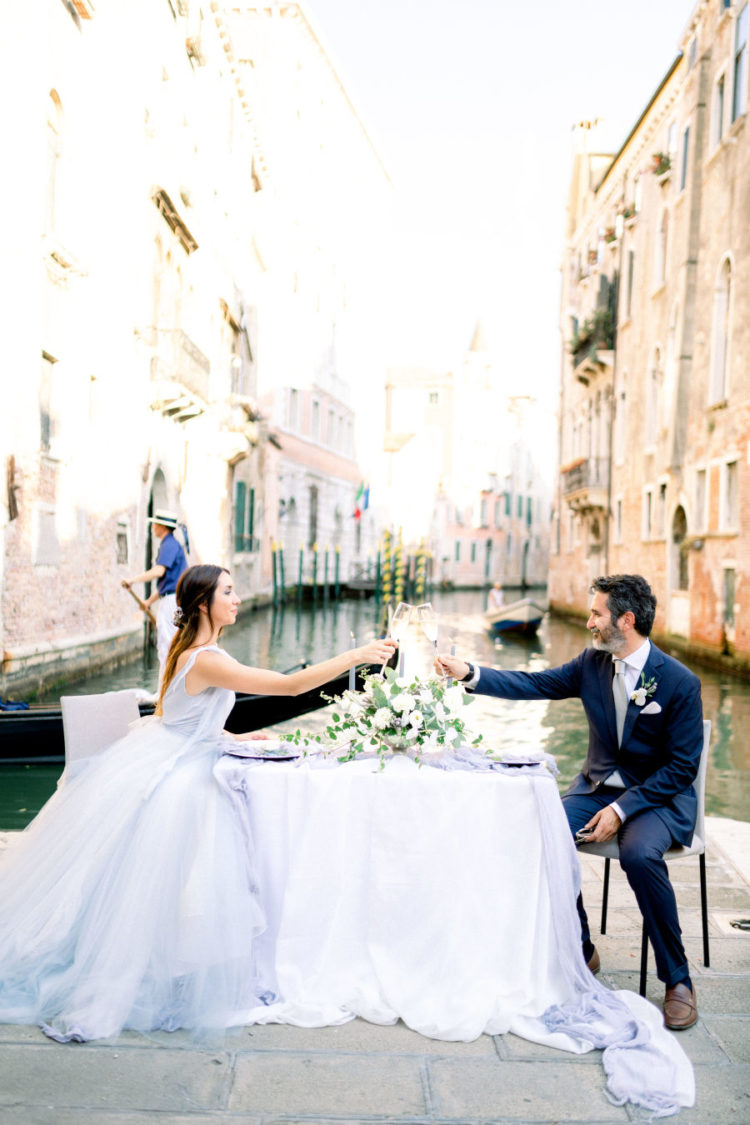 The reception table was also done in greys and light blues, with white blooms and candles 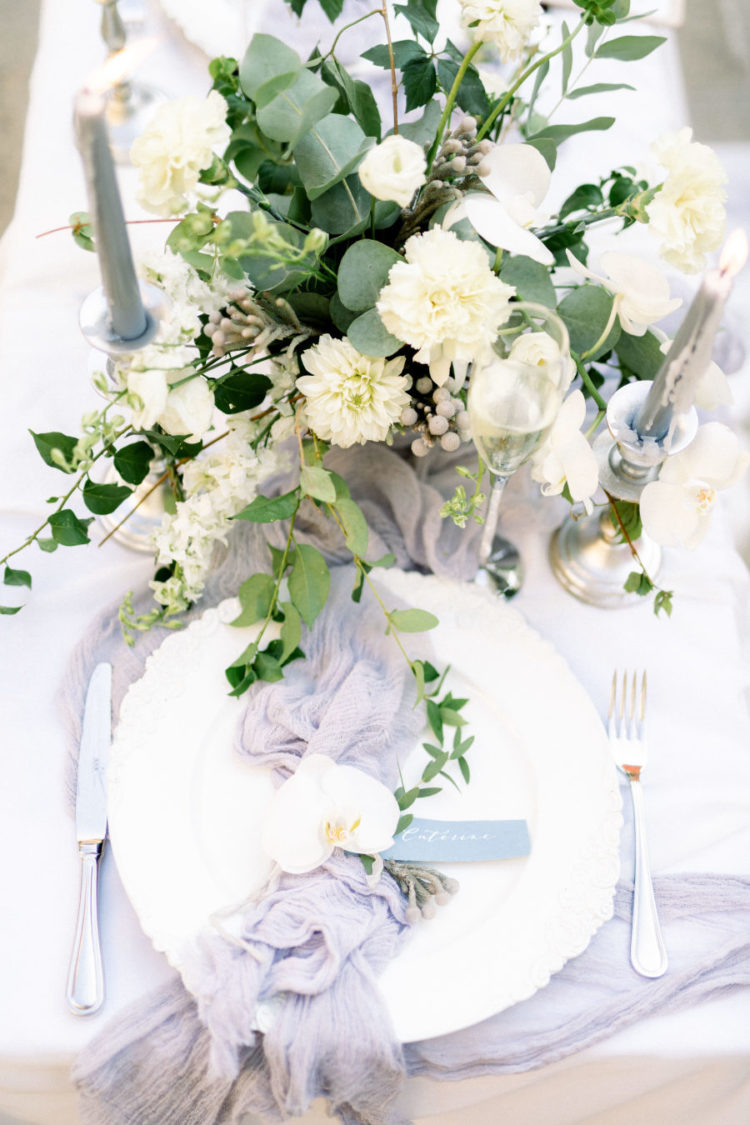 Timeless elegance could be seen in each detail of this elopement 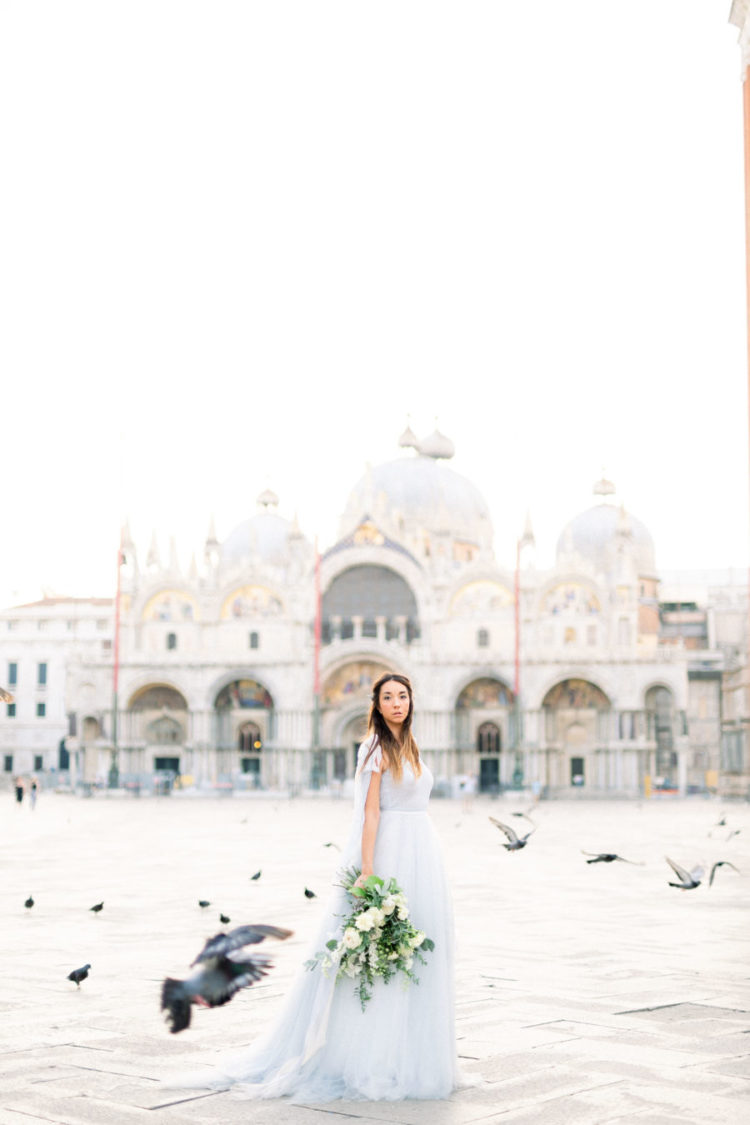 What a beautiful shot in Piazza San Marco