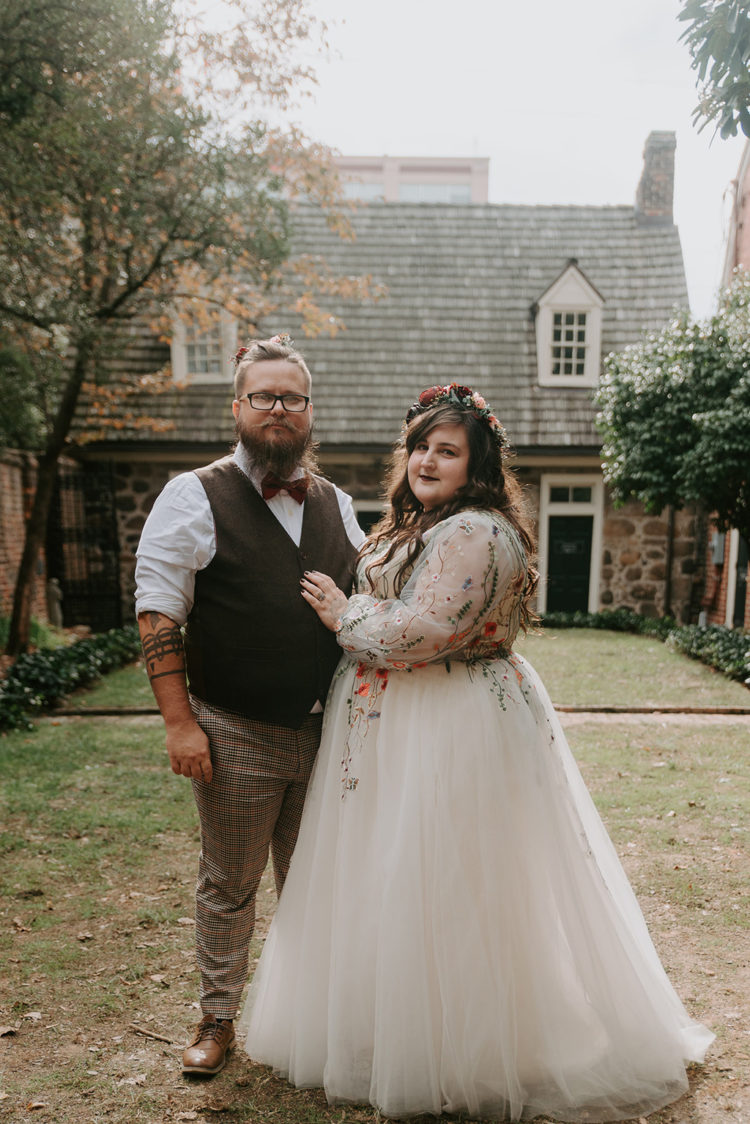 For their October wedding, Faith and Shawn wanted to tie their love of literature (especially, Edgar Allan Poe) with a kind of ethereal, subtly obscure vibe. They used personalization throughout; in fact, Faith was adamant she didn’t want a traditional wedding at all. Attention to detail was paramount, with no area left untouched.

Starting with their invitations, which were made from old due date cards from the library that the bride works at, they waved literacy touches throughout their day; their rings were held in a custom book with their name and date on it. Shawn wore Edgar Allan Poe socks while the bride wore Edgar Allan Poe shoes. They DIY’d their centrepieces, collecting vintage books from friends and family and pairing from with curious touches like vintage bird cages and bird skulls. For the ethereal touches, Faith had a custom floral embroidered dress made. Her flower crown, also custom made, matched the other flowers used throughout, including the groom’s hair flowers and the flower girl’s floral belt and hair piece too.

They picked two unique venues close to their bibliophilic hearts; their ceremony was held in the enchanted garden at the Edgar Allan Poe Museum in Richmond, Virginia. The couple included vows to their children as well as writing their own vows to each other.

Instead of a traditional three-tier wedding cake, the couple opted for an apple doughnut tower and cider toast in lieu of champagne toast. To cut costs they only served appetizers instead of a full sit down meal. They had a traditional Pittsburgh cookie table, where family members baked cookies for people to help themselves to and even take home. 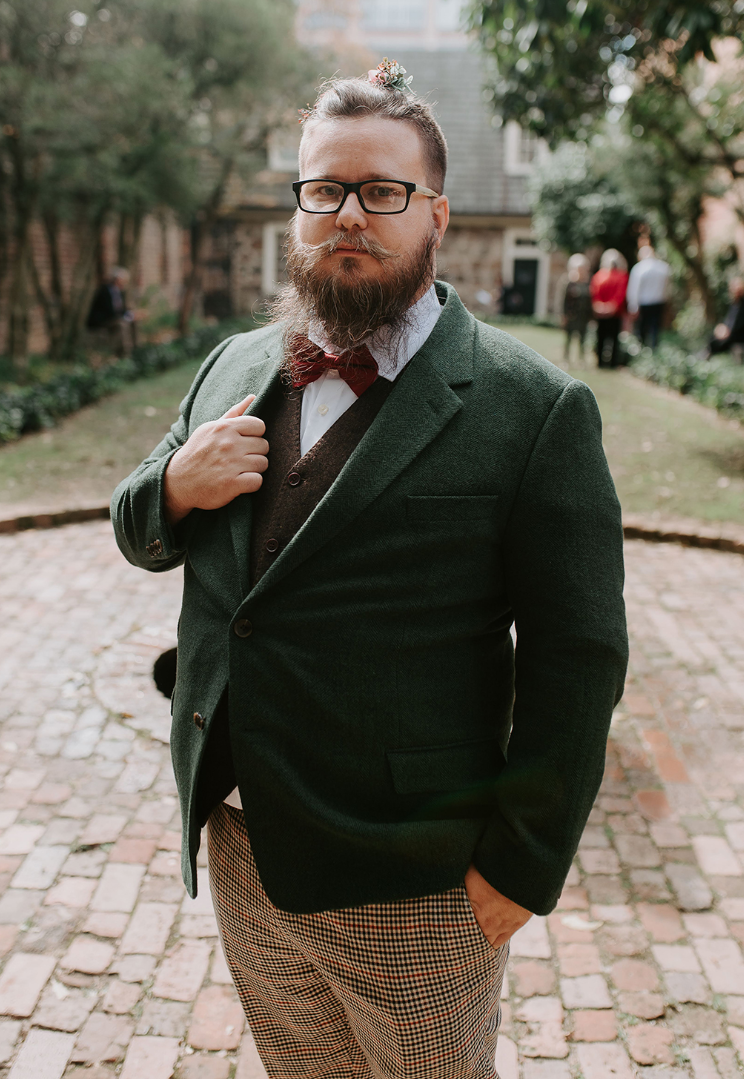 The groom was wearing plaid pants, a white shirt, a woolen waistcoat and blazer plus a red bow tie 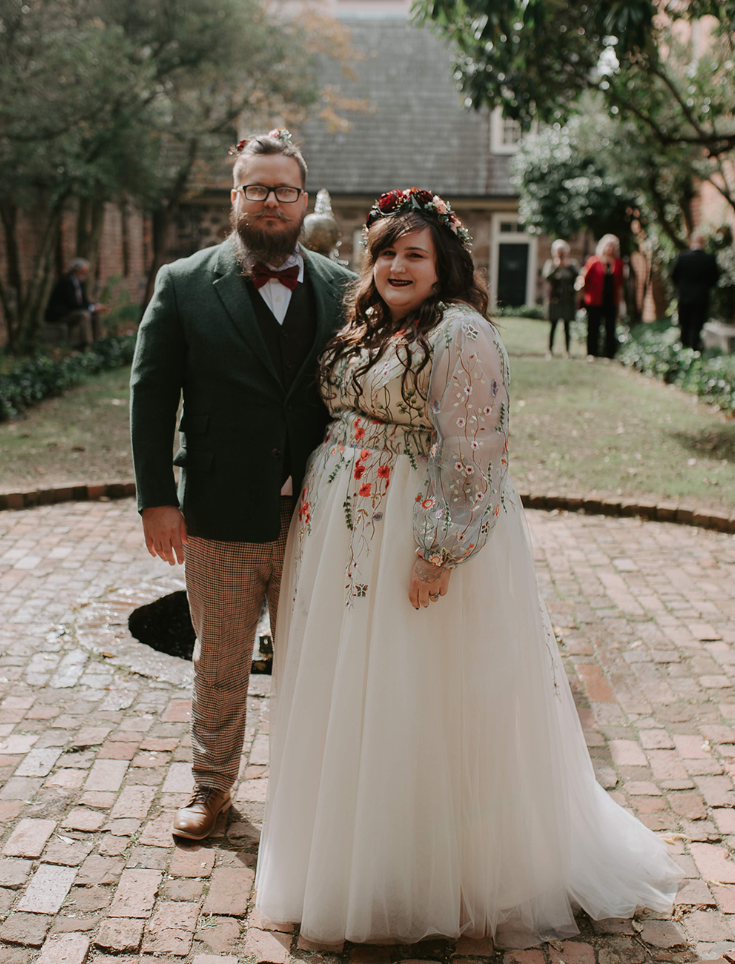 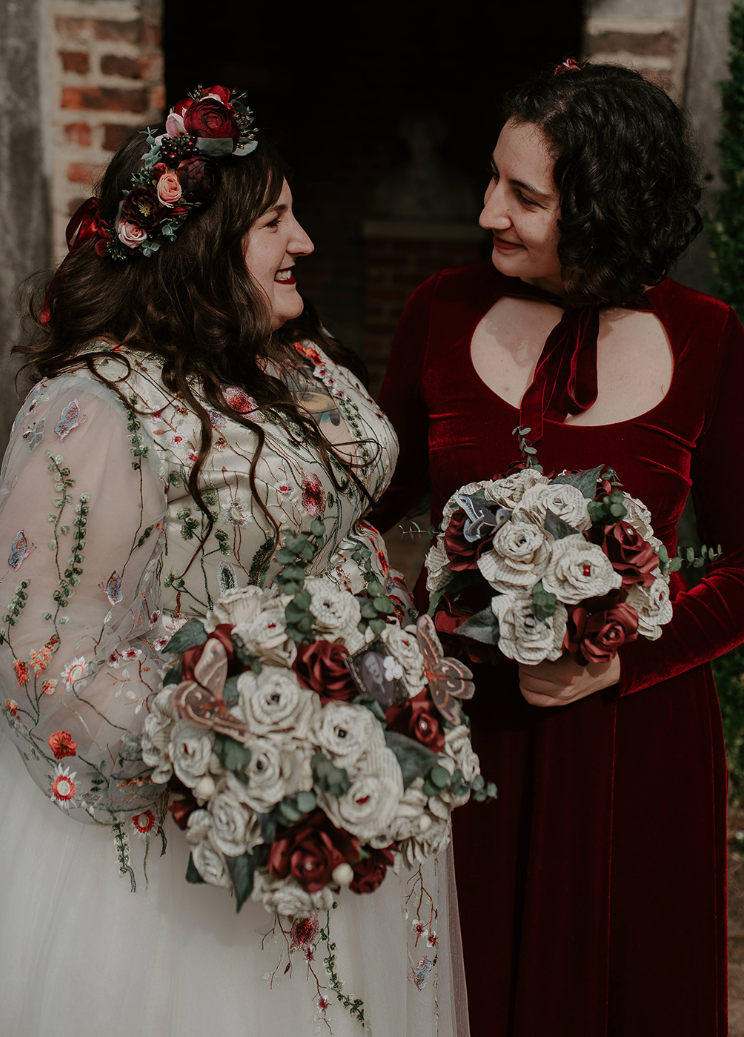 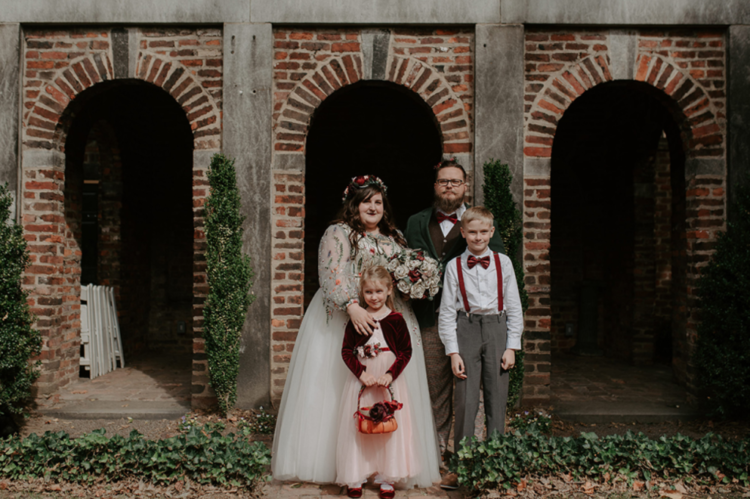 The couple's kids took part in the wedding, too, as a flower girl and a ring bearer 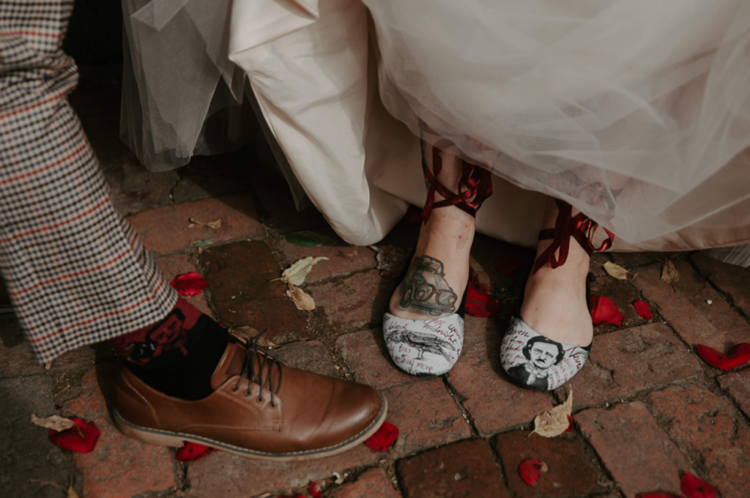 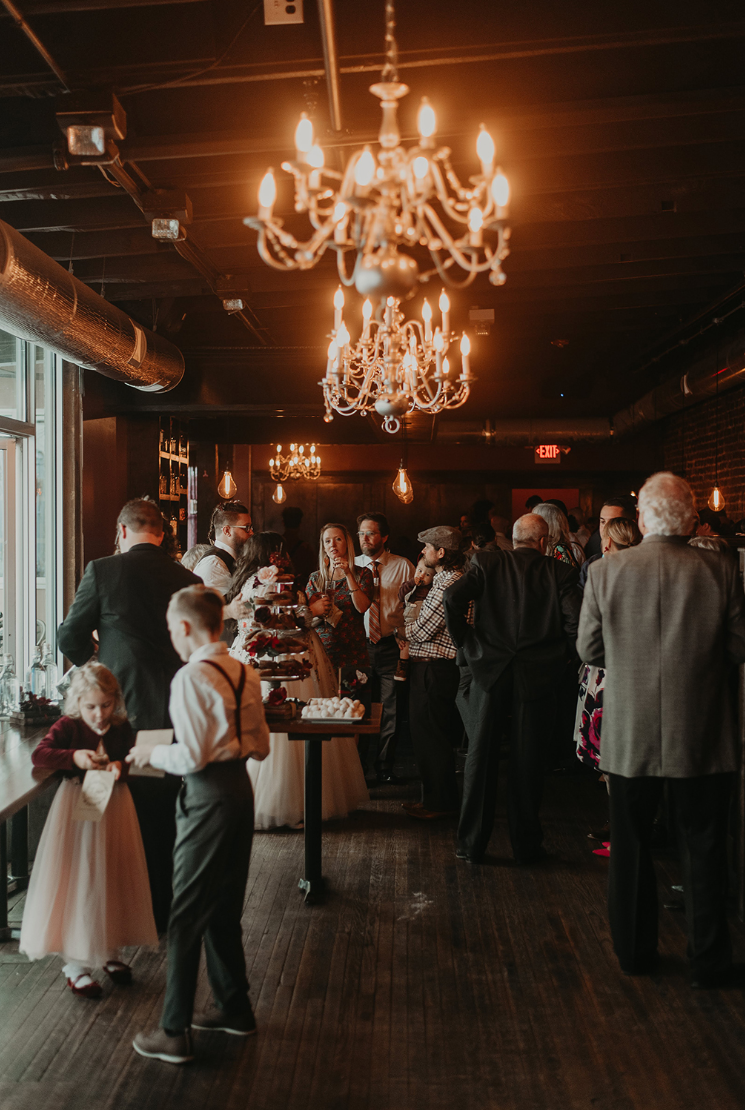 The wedding venues were moody, industrial and with a book-lover feel 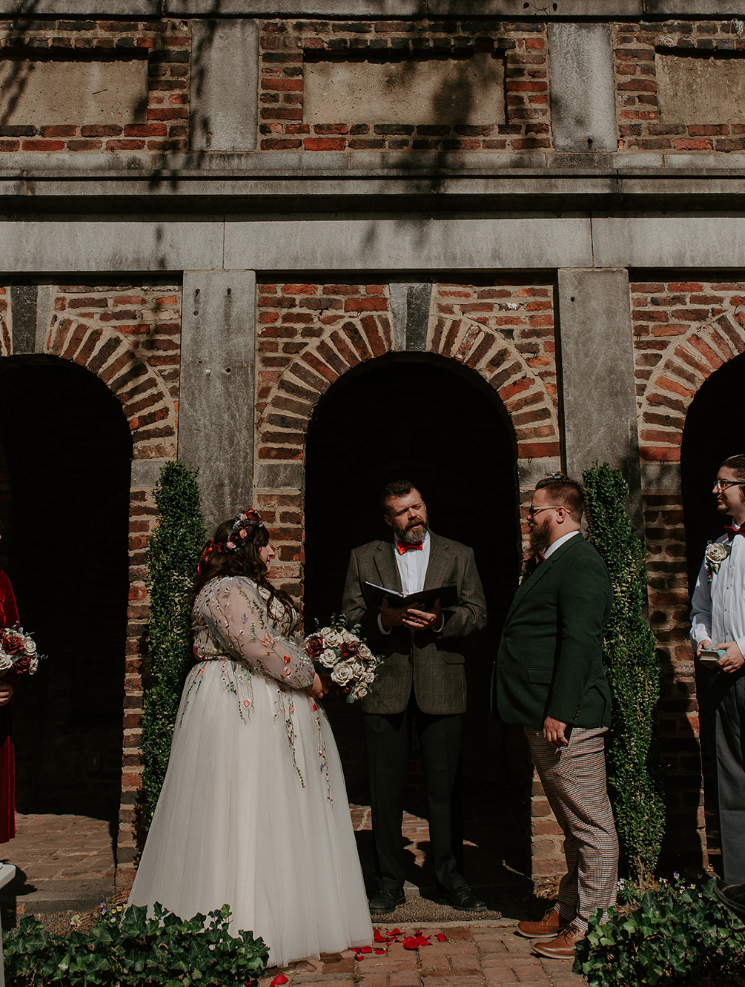 The wedding ceremony took place outdoors, the space was decorated with greenery and blooms 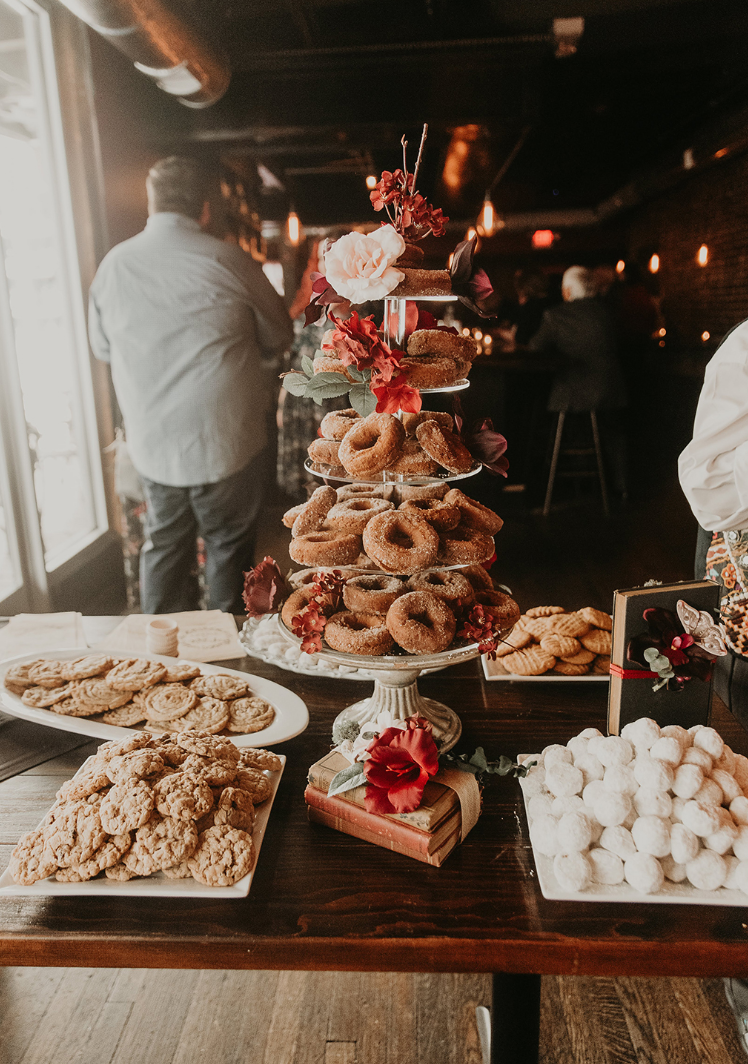