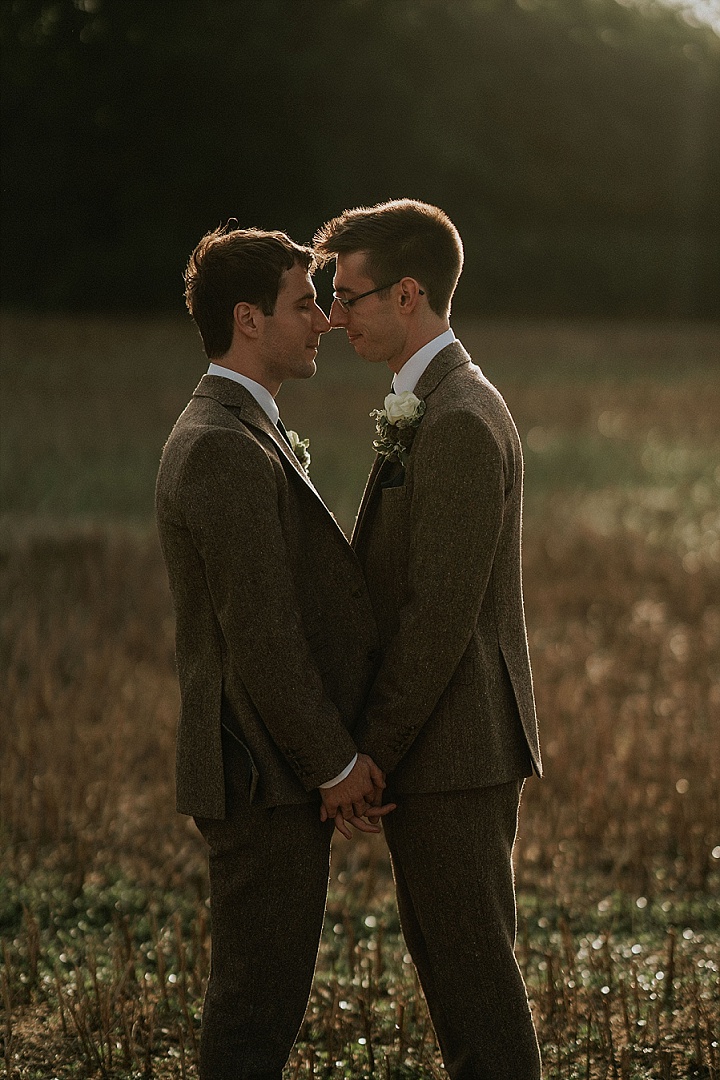 Christopher and Chad wanted a rustic themed day with an eclectic mixture of English charm, a dash of ABBA, some southern American touches and fun, and this wedding turned out to be relaxed and flew quickly.

The grooms both had either attended or were attending Oxford at the time of the wedding, and consequently, wanted a venue that was close to the University. They had 90 guests for the ceremony with an additional 30 for the reception at the barn. They began organizing the wedding a year in advance, starting with the more impactful decisions.

At the wedding, they had a palette of greens, browns and white, which blended in seamlessly with the rustic nature. The florals were done neutral and with a lot of greenery and complimented the look of the barn. In terms of additional decorations, the couple received a number of kind donations from friends and family who had recently gotten married. The only other thing the couple designed was the table numbers as these had pictures of their favorite running locations in and around Oxford. The wedding cake was an exceptional three-tiered one (fruit, Victoria sponge and lemon drizzle) that highlighted the guys’ favorite running trails in Oxfordshire.

The primary focus on the budget was to ensure that they could invite everyone they wanted to invite. The reception budget was primarily filled with food (including the cake), and they saved the most by repurposing wedding decorations from our friends’ prior wedding, creating most of their invites and save the dates ourselves, repurposing flowers throughout the day, and creating their own wedding favors. The couple bought matching three-piece brown woolen suits and accessorized them with hunter green ties. The groomsmen had tweed waistcoats and green ties plus dark trousers. Take a look at this cozy peaceful wedding and get inspired! 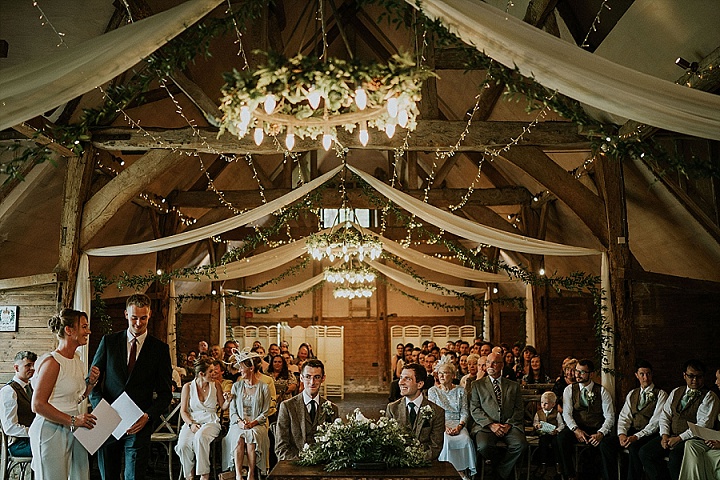 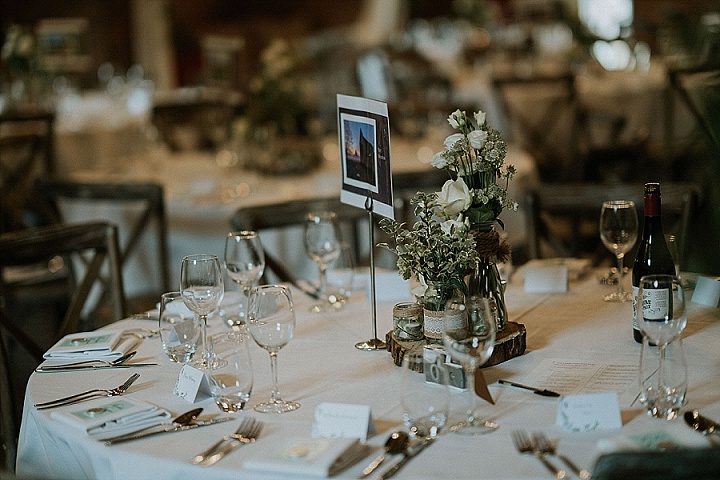 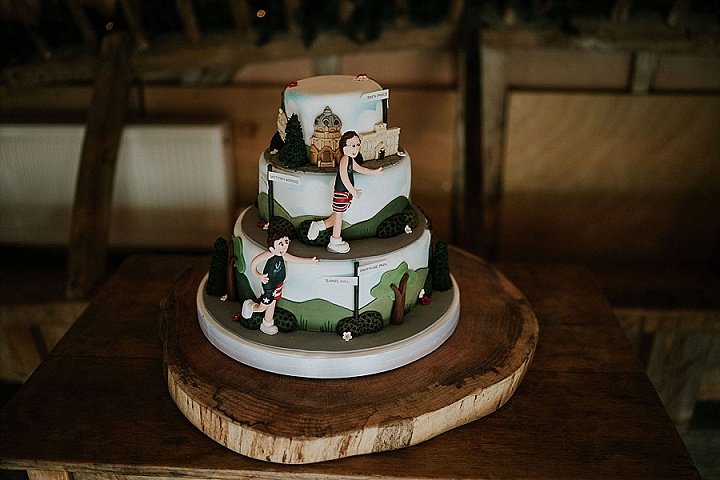 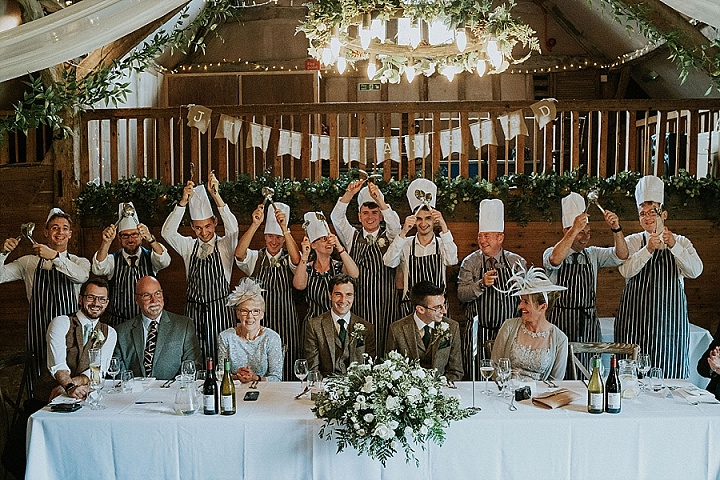 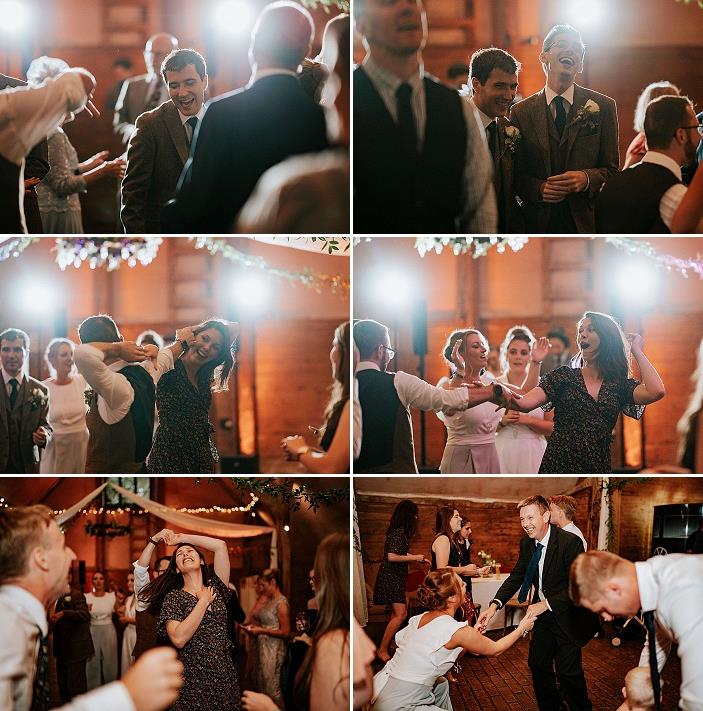 The wedding turned out to be super cheerful and heart-warming