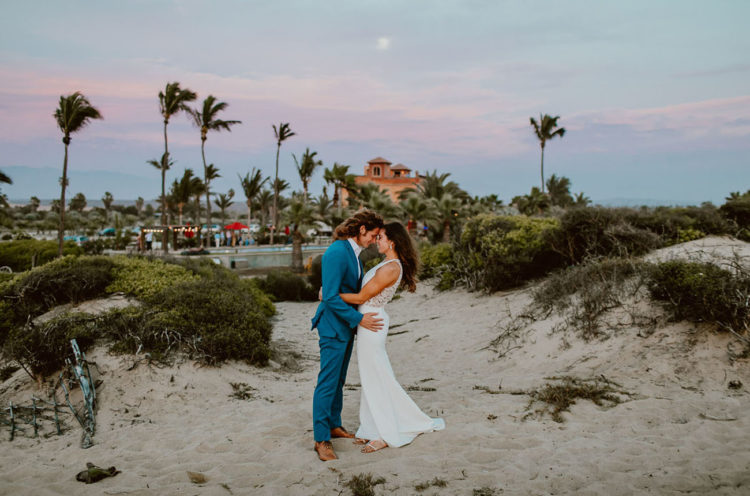 Katie and Stefan wanted a destination wedding to experience some adventure and chose Villa Santa Cruz in Todos Santos, Mexico. There were 3 pre-wedding events leading up to the big day, including a pool party at the villa! Let’s take a look at them.

The bride was wearing a chic sheath wedding dress with a lace back and a halter neckline and fringe sandals. The groom and groomsmen were rocking blue suits with white shirts and no tie. The bridesmaids were wearing grey maxi dresses with ruffles.

The wedding stationery was done with cacti to embrace the setting. The ceremony took place on the shore, the arch was made of driftwood and decorated with fresh blooms. Instead of usual vows the couple chose quotes from their favorite movies to add a fun touch. The sea created a perfectly romantic wedding backdrop.

The reception tables were done with macramé table runners, hammered copper plates, blue glasses and napkins. Candle lanterns and vases with bright blooms were lining up the tables. Instead of table numbers, the couple named each of the tables after a city in Mexico they had visited together. K+S even picked postcards from each of the 9 cities and used them as the seating assignments. The wedding favors were burlap bags with whole roasted coffee beans. Instead of having a traditional guest book, the couple addressed each of the postcards to their home and asked the guests to mail them to us with a ‘love note’ that would be waiting for us when we returned from our mini-moon. Instead of a wedding cake, they hired a churro cart and made churros for each of the guest themselves! So many creative details, get inspired! 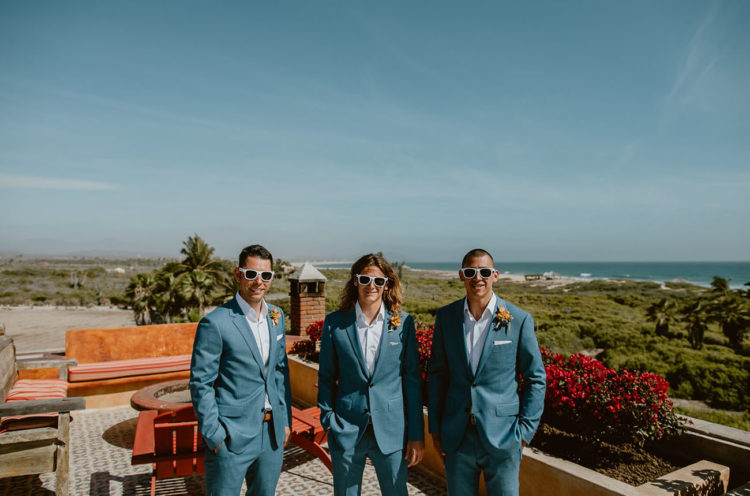 The groom and groomsmen were wearing blue suits with white shirts 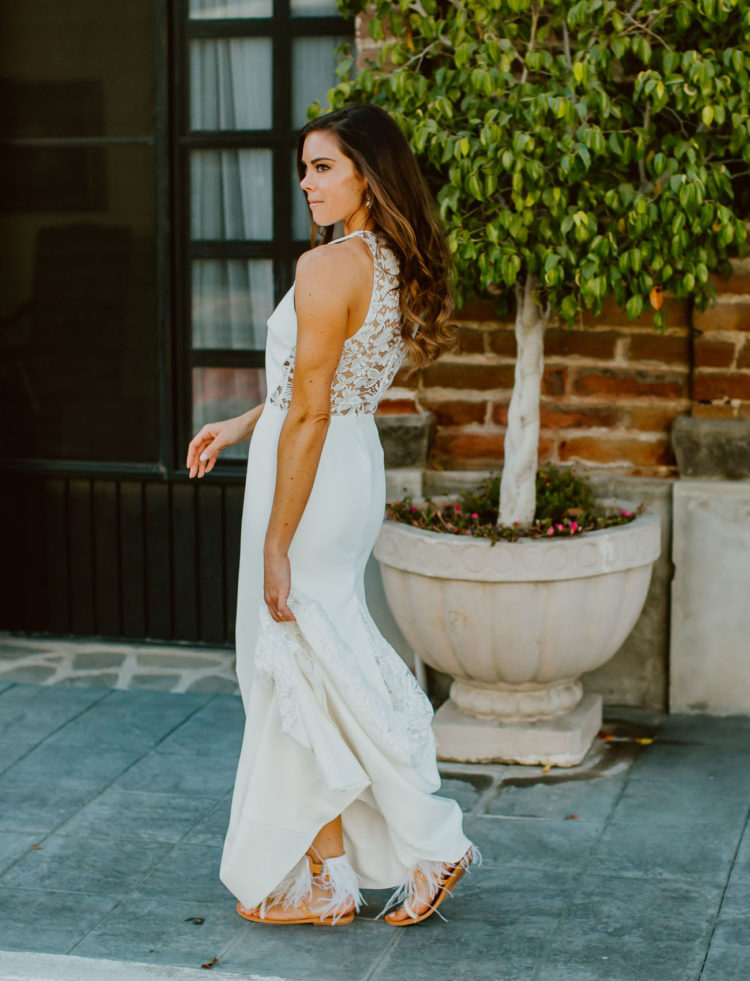 The bride was wearing a sheath wedding dress with a lace back, a halter neckline and fringe sandals 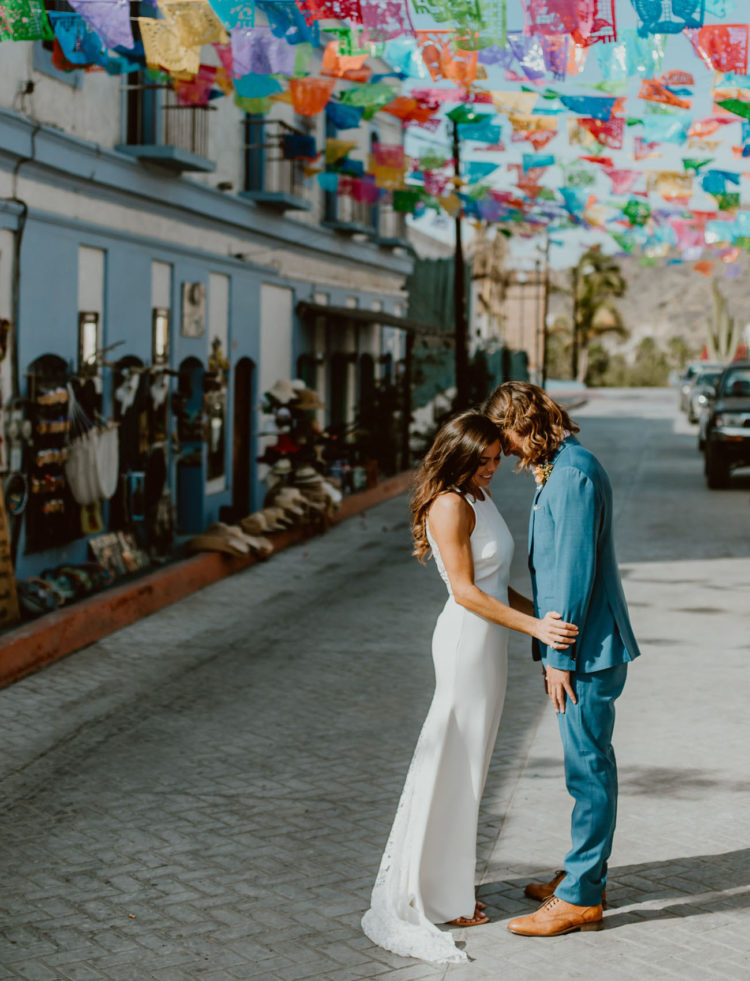 Mexican towns seem to be created to celebrate and have fiestas 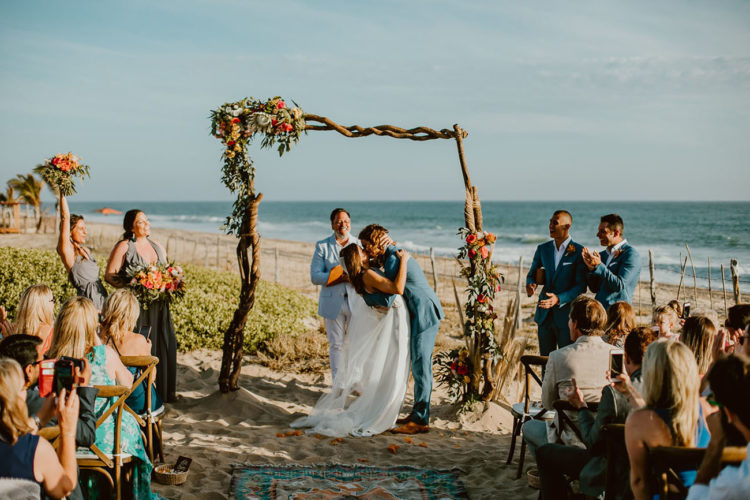 The wedding ceremony took place on the beach, the arch was amde of driftwood and decorated with bright flowers 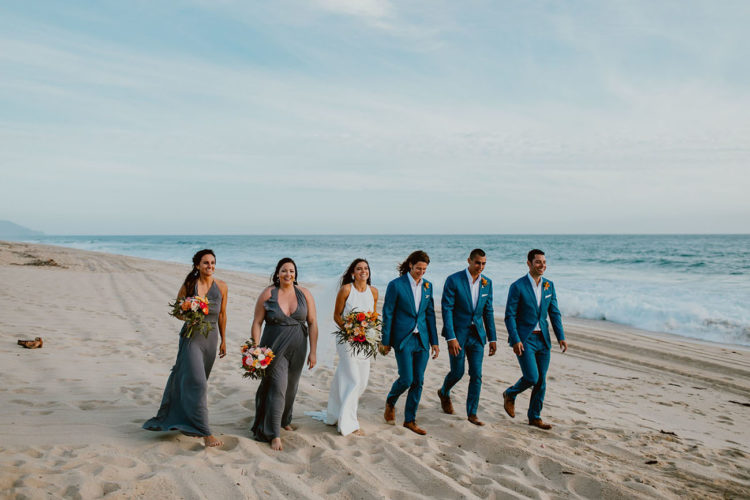 The bridesmaids were wearing grey maxi gowns with ruffles 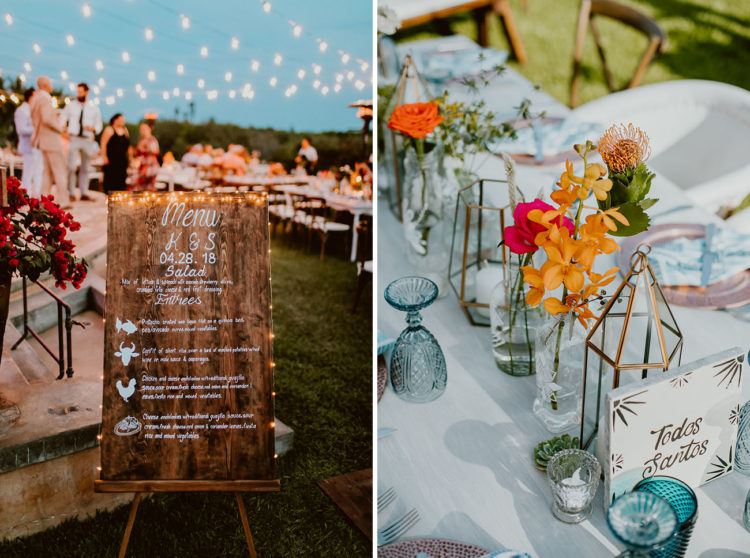 The couple incorporated many personazlied touches into decor 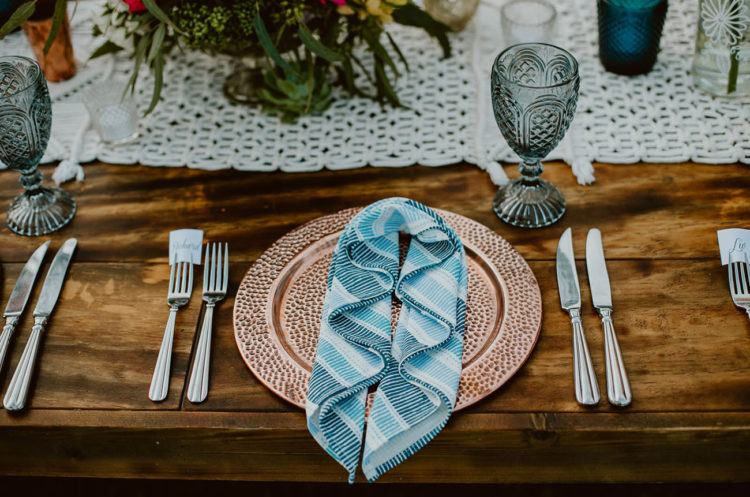 The tables were styled with blue touches, macrame and hammered copper 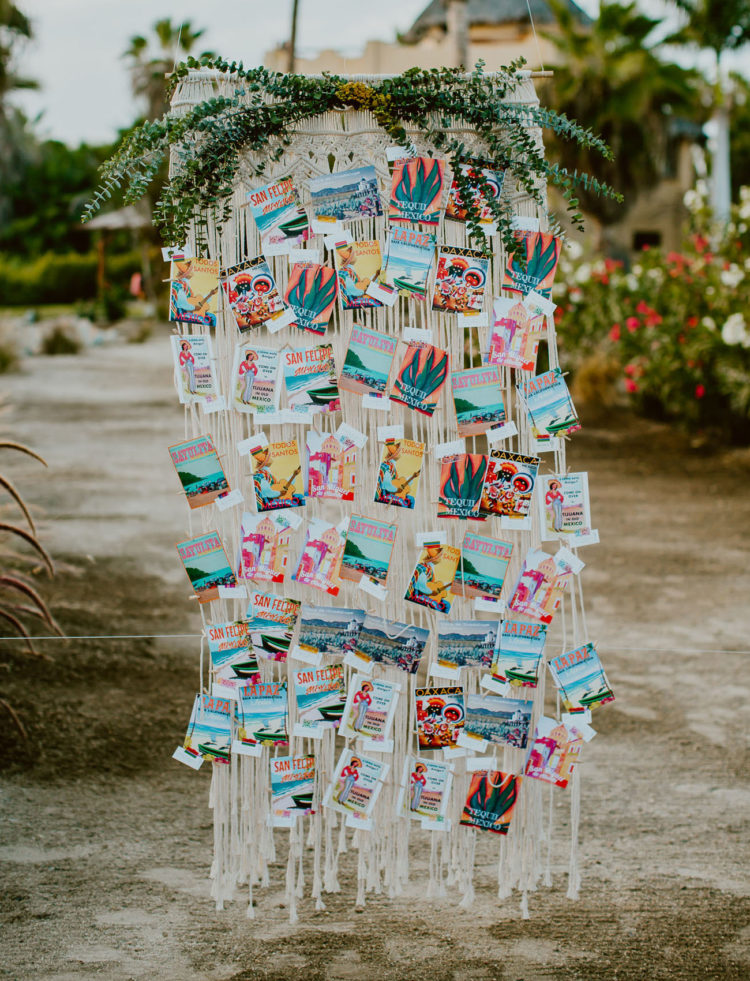