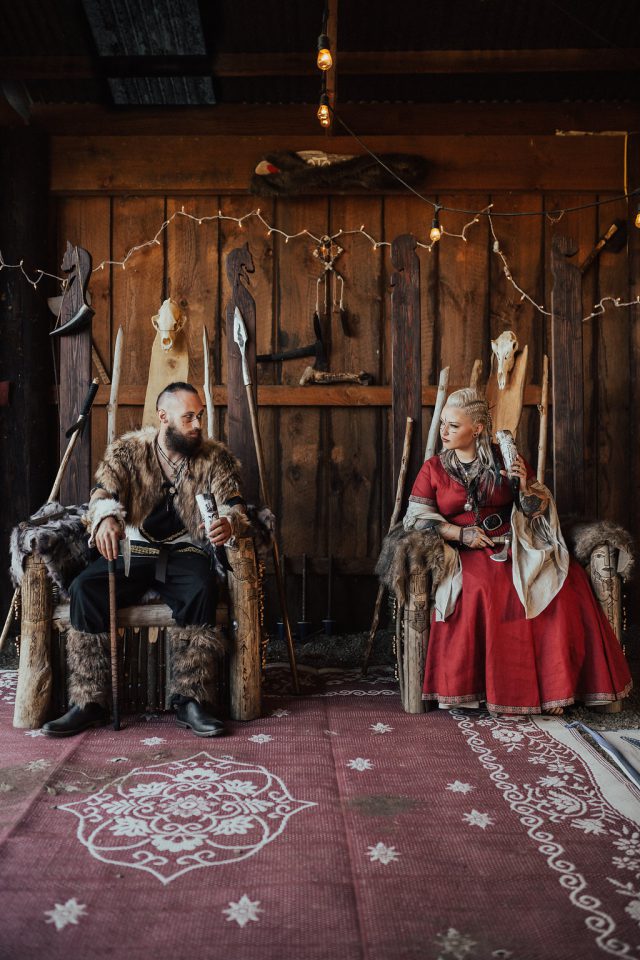 We are ready to strike you with a unique wedding! Danielle and Donovan decided to pull off a Viking-themed wedding and they did it for just $6000! Can’t believe it? Let’s have a look at this gorgeous wedding.

The wedding took place at the home of one of their friends in Lummi Island, WA. The families of the couple are Norwegian and German, and they decided to stick to the Viking pagan theme as a shout out to their ancestors.

Almost all of the wedding was DIY, they made ornaments, centerpieces, thrones, invites, food, even the real shields, swords, axes and knives were handmade and forged by family and friends. The couple decorated tables with mason jars and tea lights, moss, fur and handmade ornaments. They had driftwood thrones for the bride and groom, torches lit the aisle, lots of drinking horns, there were white Christmas lights everywhere, and much more! To save money they didn’t have any flowers (they just picked a few from the surrounding area) and the bride’s aunts did all the catering. They also forgoed a traditional wedding cake in favor of a stack of eclairs!

Danielle’s dress was handmade by Armstreet, who she found on Etsy and Donovan’s entire outfit was made for him by the maid of honor! The bridesmaids were all in different outfits which fit the theme, and they handmade them themselves.

For entertainment they had lots of suitably viking activities! The guests had fun firing arrows at targets, watching live blacksmithing, sparring with polypropylene swords or watching fights go down, even bringing out the main entree was a spectacle of its own. 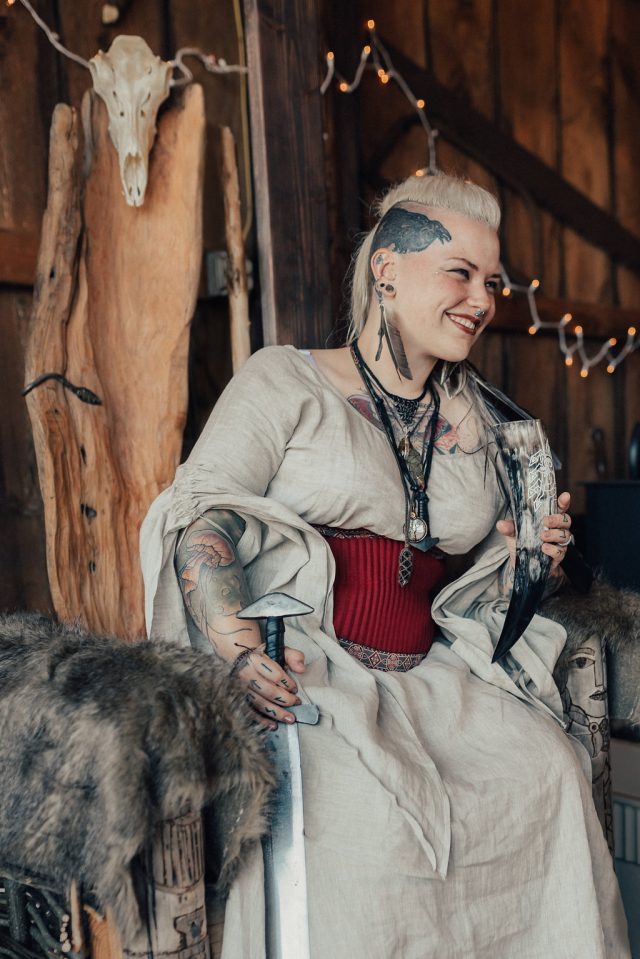 The wedding dress was custom-made, and it perfectly showed the spirit of the vikings 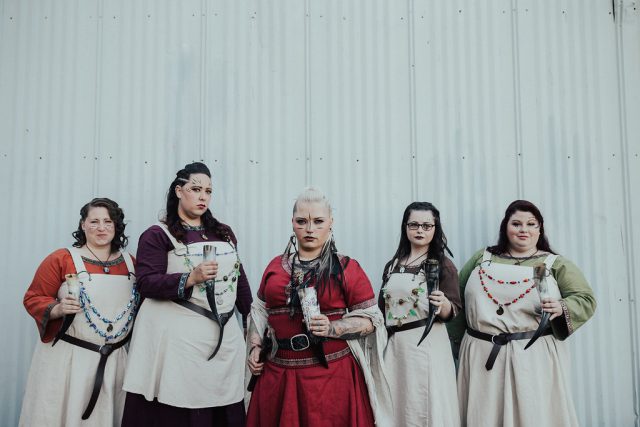 The bridesmaids were wearing different outfits that matched the wedding theme 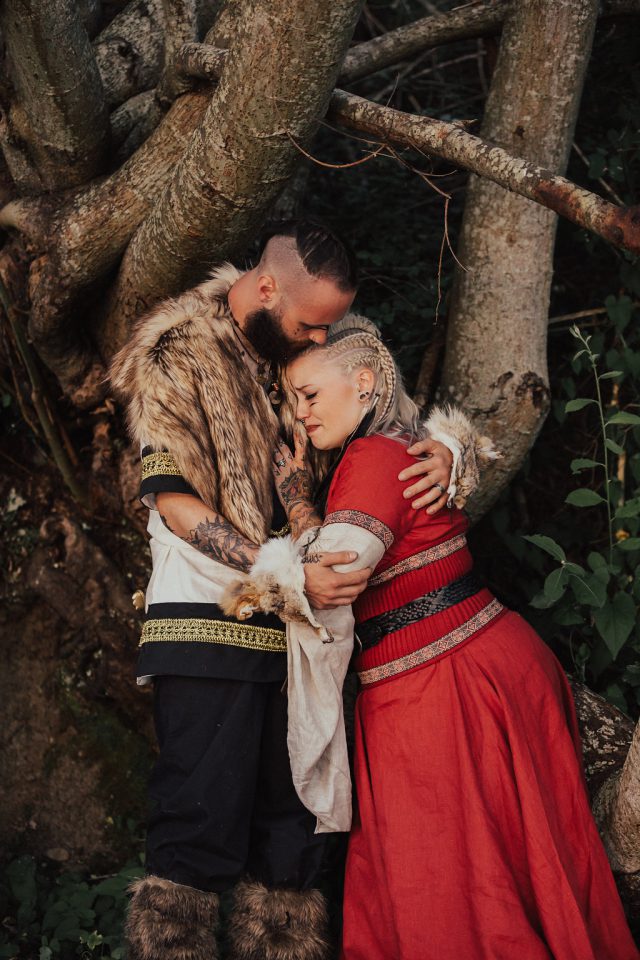 The groom's look was completely made by the maid of honor 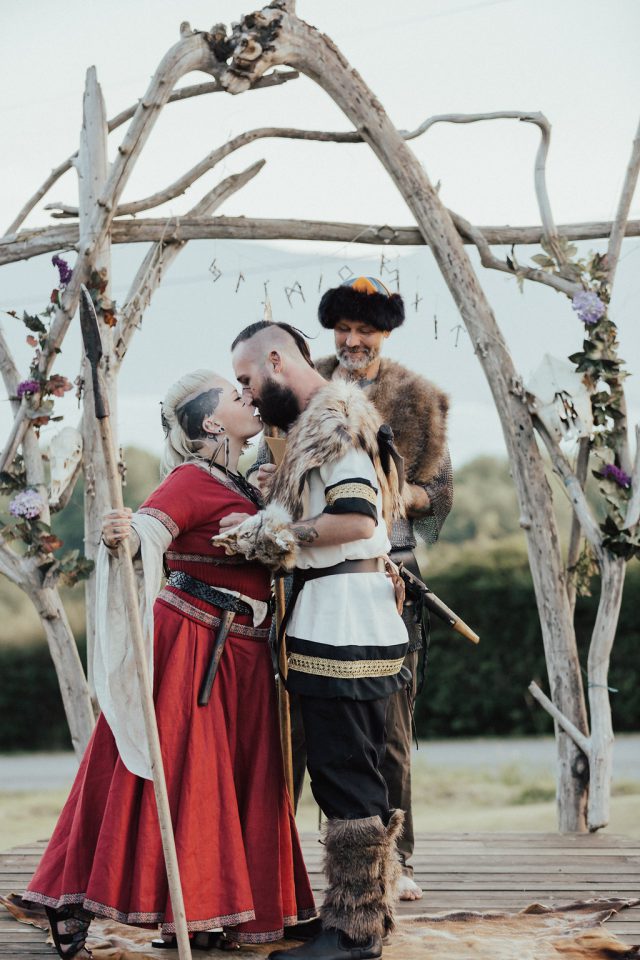 Most of decor was DIY, and there were no flowers except fro those picked around the venue 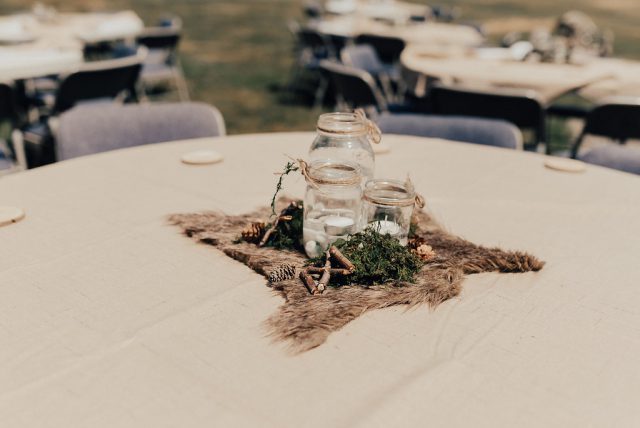 The table decor was done with fur, branches, pinecones and mason jars 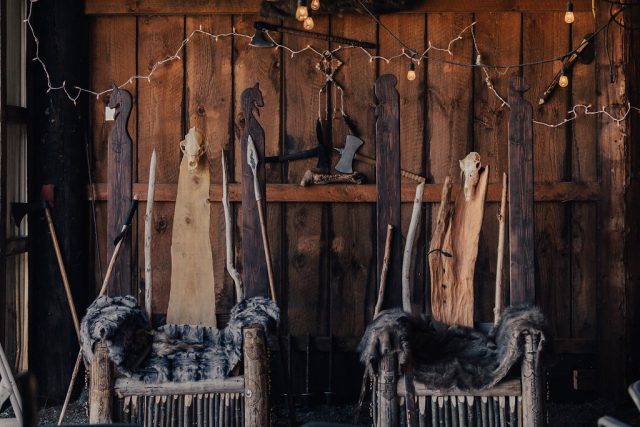 There were viking thrones made for the couple 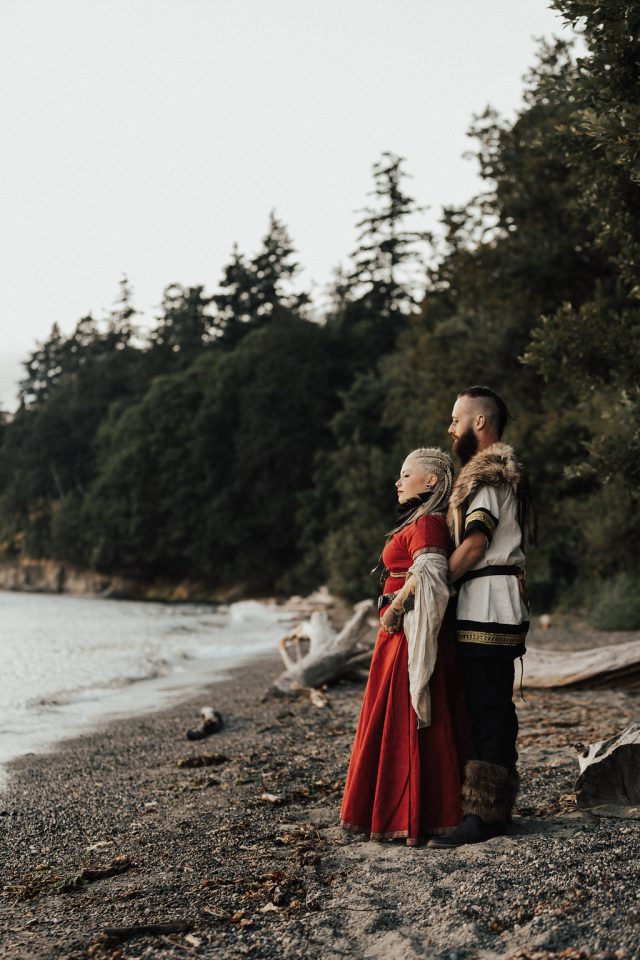 The venue was a friend's house on an island 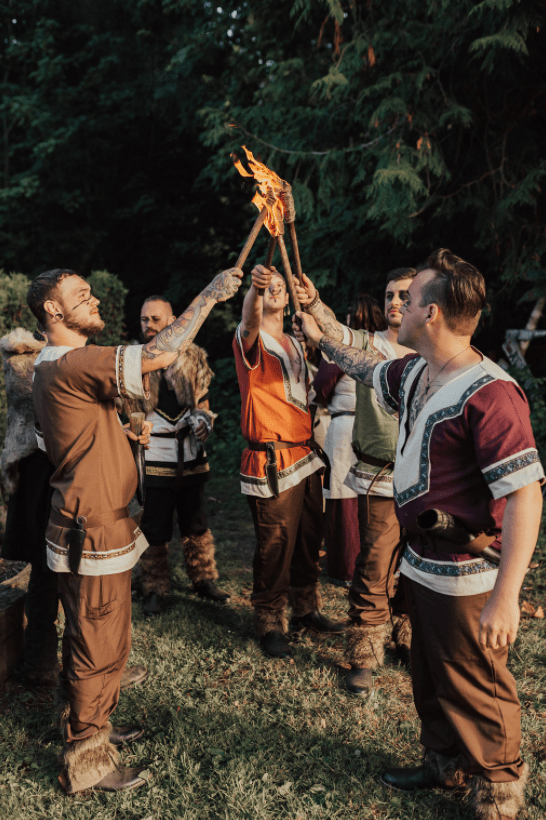 The guests had fun in traditional viking style, with fire games and archery 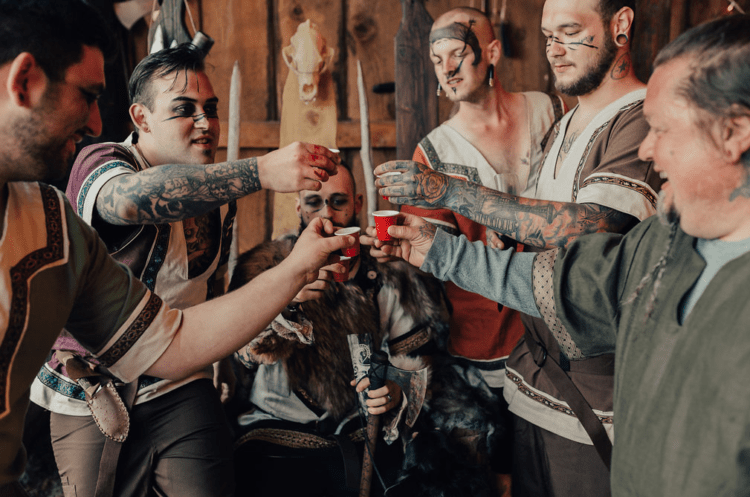 Groomsmen drinking with the groom 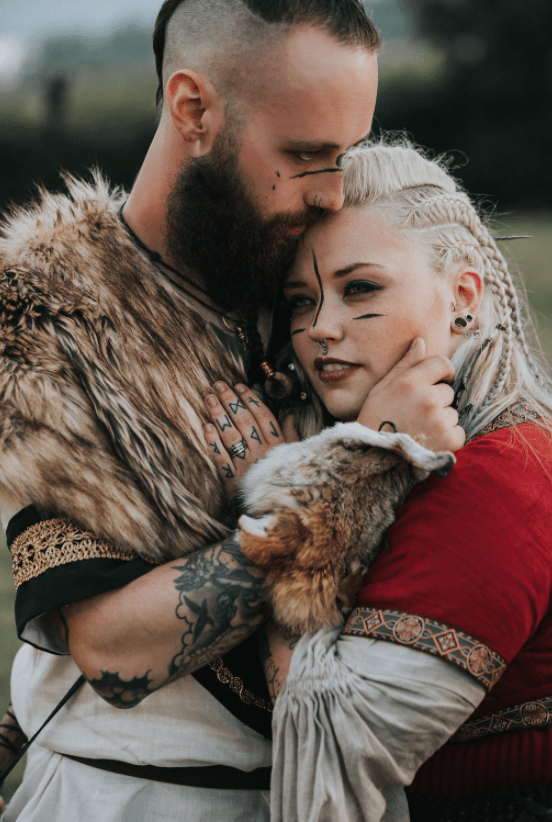 Though the wedding was almost 100% DIY, it was perfectly stylized