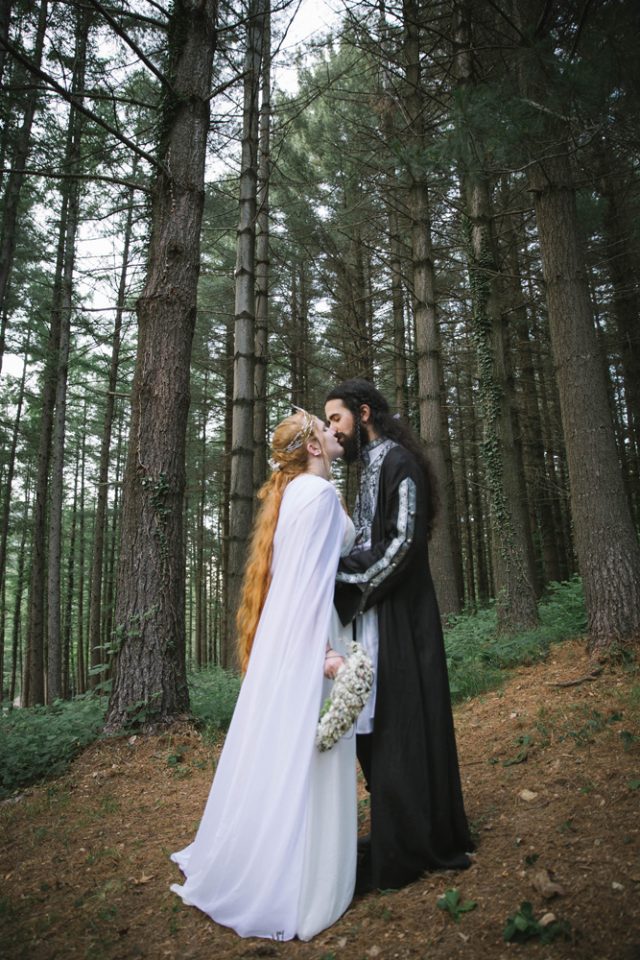 Being literature lovers and self-confessed huge nerds, the second they decided to get married Veronica and Marco knew the wedding theme would be the Lord of The Rings.

Doing most things themselves meant that the budget for their Italian wedding was kept to just €4000. There were only six months to plan and they really achieved the effect they wanted. The ceremony itself was a non-religious version of the pagan ritual of handfasting. The couple even incorporated their two dogs, Lilli and Zelda, into proceedings!

Pretty much everything about their day was DIY. The bride did a lot of online research for the basic ideas and the groom, who is a drawer and painter, made the perfect team mate. They also did the wedding invitations, by hand, together.

The venue was about 40 miles north of Milan and as it already had lamps and lots of light strings the couple didn’t feel like it needed much else. They just placed some lanterns on the tables with scented pot-pourri and various decorations (colored sand, micro fake gems, decorative stones and rocks and such) inside, and a simple LED tealight in each of them. The biggest expense was the food. According to the bride the best thing about planning was preparing all the decorations and small details and their favorite moment of the day was the ceremony.

The bride was wearing a flowy white wedding gown reminding of those elf ones, the groom was wearing a long shirt in white, black pants and boots and he also covered up with a black embroidered piece. They were both wearing long elvish hairstyles, half updos. Get more amazing pics below! 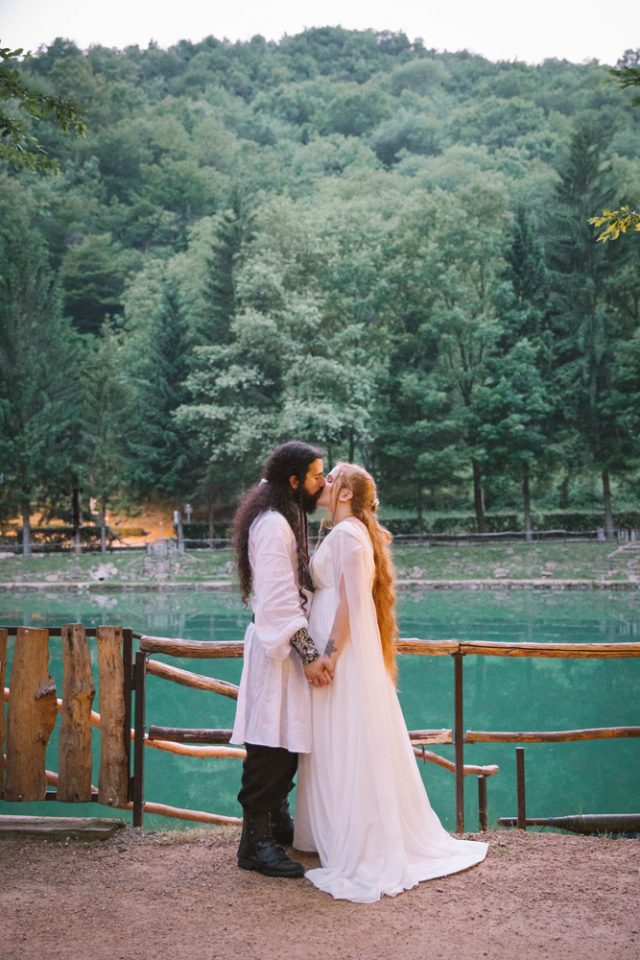 The bride was wearing an airy and flowy white wedding dress, the groom was wearing a white shirt and a black emberoidered coverup 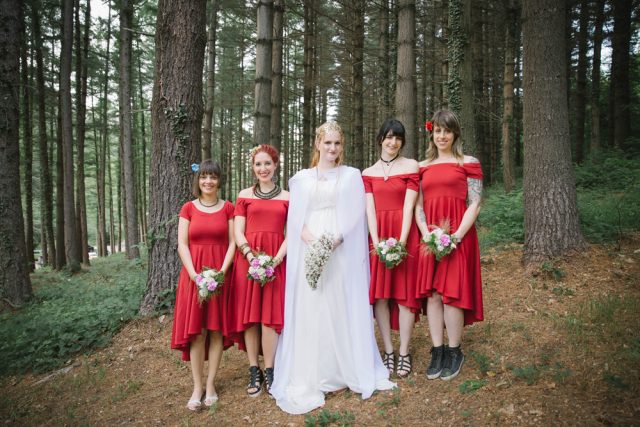 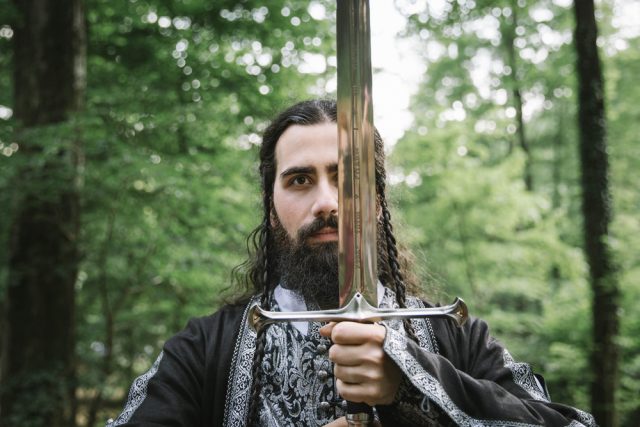 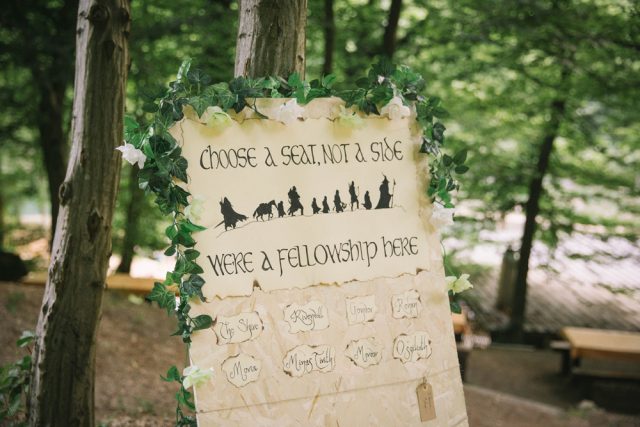 All the stationery was handmade and it was perfectly styled 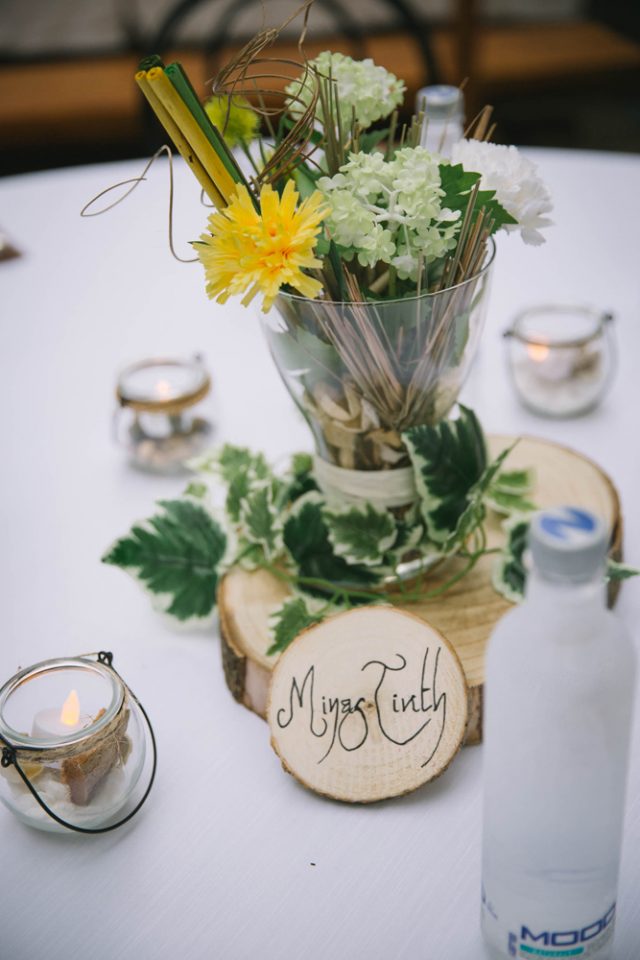 The decor was pretty simple and DIY, it was done with candles and simple blooms 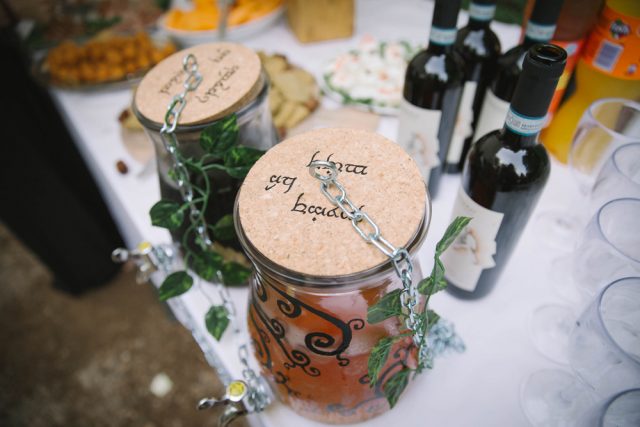 Look at these jars with elvish words, they are styled perfectly 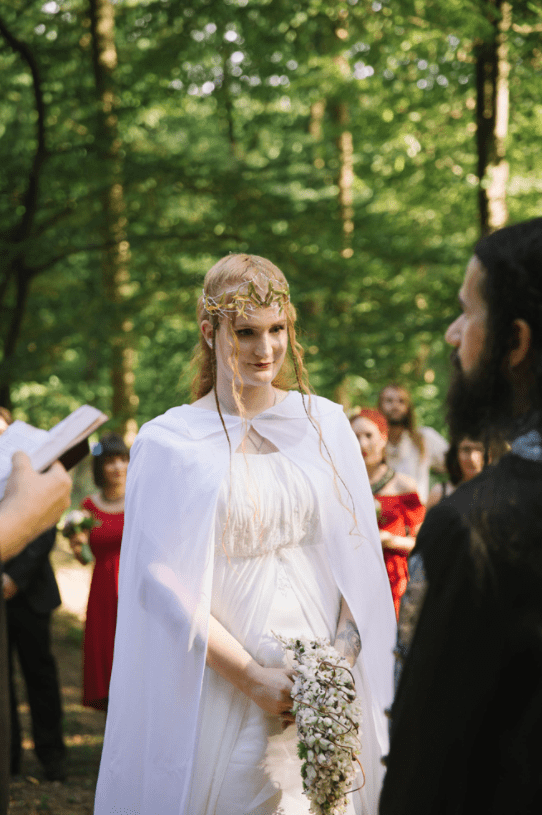 The bride was wearing a flowy light dress and a cap, a perfect elvish headpiece and a braided half updo 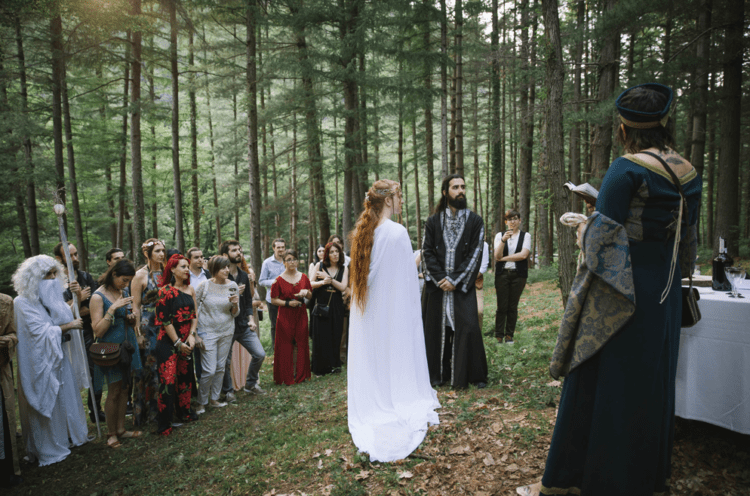 The ceremony was a pagan one, with hand tying 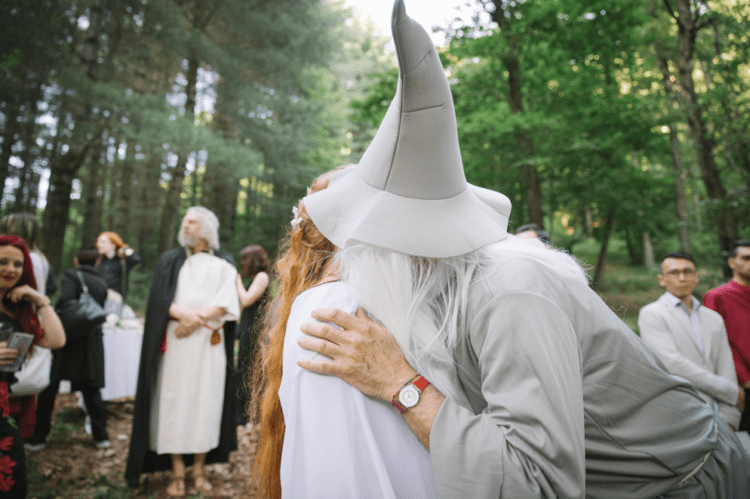 What a LOTR wedding without Gandalf