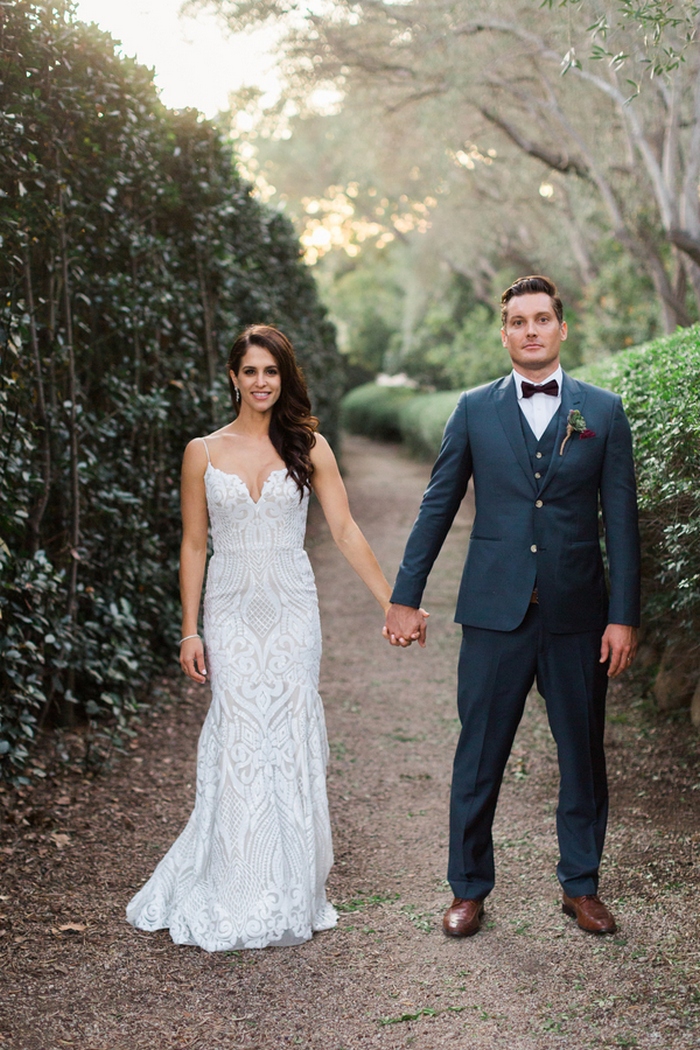 This beautiful couple tied the knot in an elegant garden in California, and almost the whole wedding was DIY

Wanna some DIY wedding inspiration? The wedding we are featuring today was a very intimate, elegant and a lot of DIY details, from the paper bridesmaid bouquets to the succulent bouts. The wedding took place in a garden, a very romantic and inviting one. Let’s take a look at it!

This couple tied the knot in front of the Santa Barbara County Courthouse, surrounded by their closest family and friends. The bride and groom broke tradition and wrote the vows themselves. After the ceremony the wedding party took a trolley to the reception venue, San Ysidro Ranch. The reception dinner was held under the trees, which were decorated with thousands of twinkle lights. The reception featured a gorgeous table setting featuring DIY centerpieces by the bride. She also made bridesmaids and flower girls flowers out of paper, groomsmen boutonnieres out of fake succulents. The wedding favors were made by the couple together – it was homemade oil, and it was placed right on the table.

The bride was wearing a sexy and romantic white lace sheath wedding dress with spaghetti straps and a V-neckline plus floral diamond earrings. The back of the dress was open and she was rocking loose waves down plus white embellished heels. The bride was rocking a large white paper flower instead of usual wedding bouquet. The groom was rocking a three-piece navy suit, brown shoes and a burgundy bow tie. Take a look at more details below! 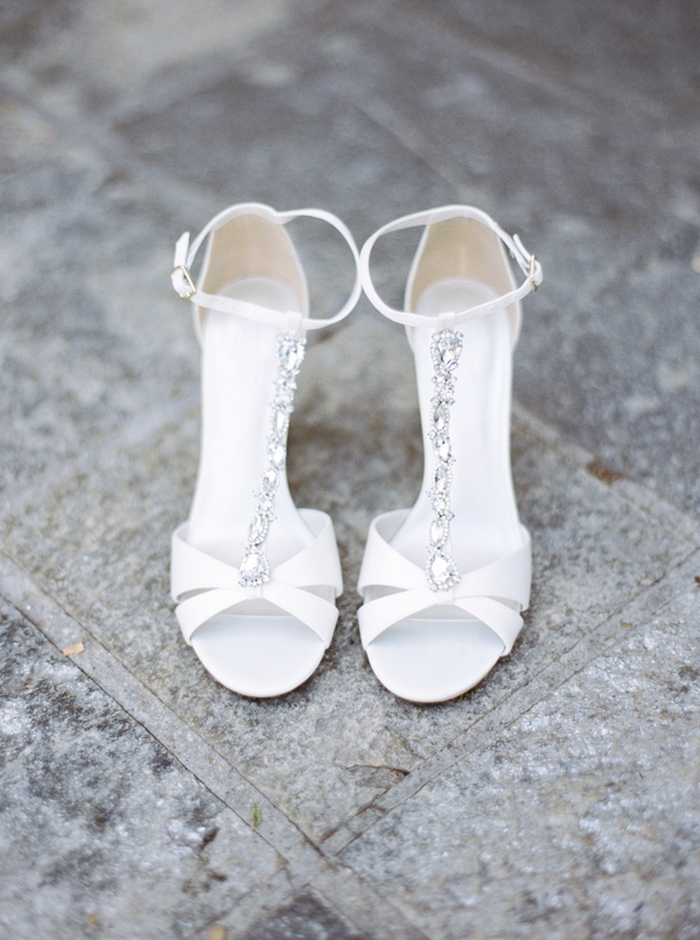 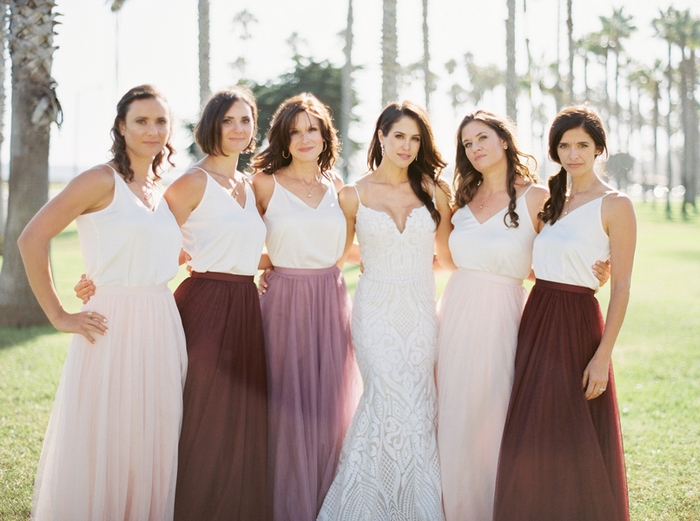 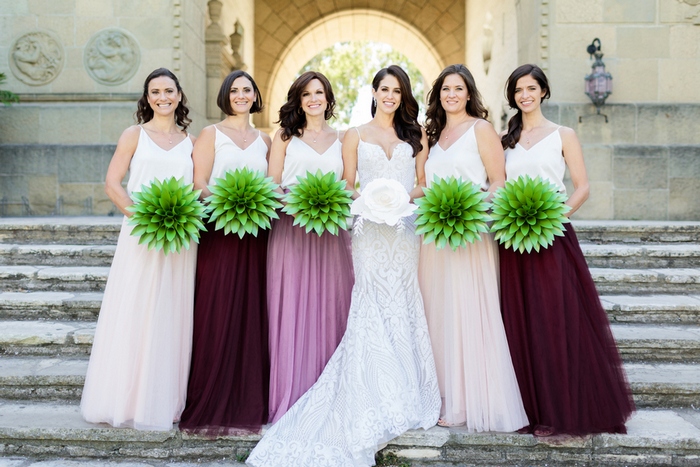 Their bouquets were made by the bride and were of paper, too 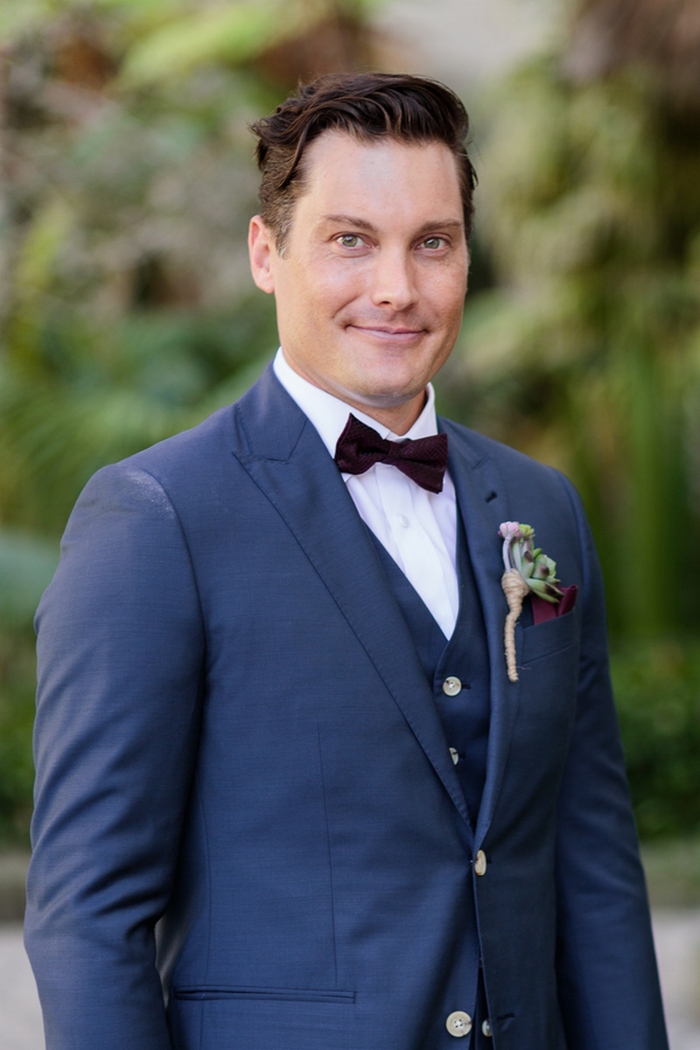 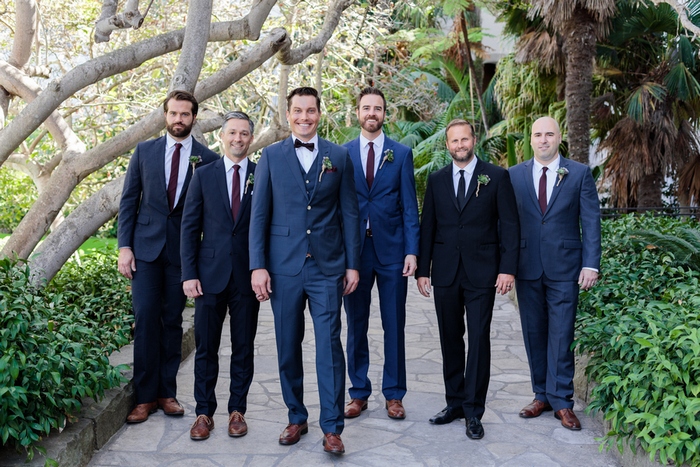 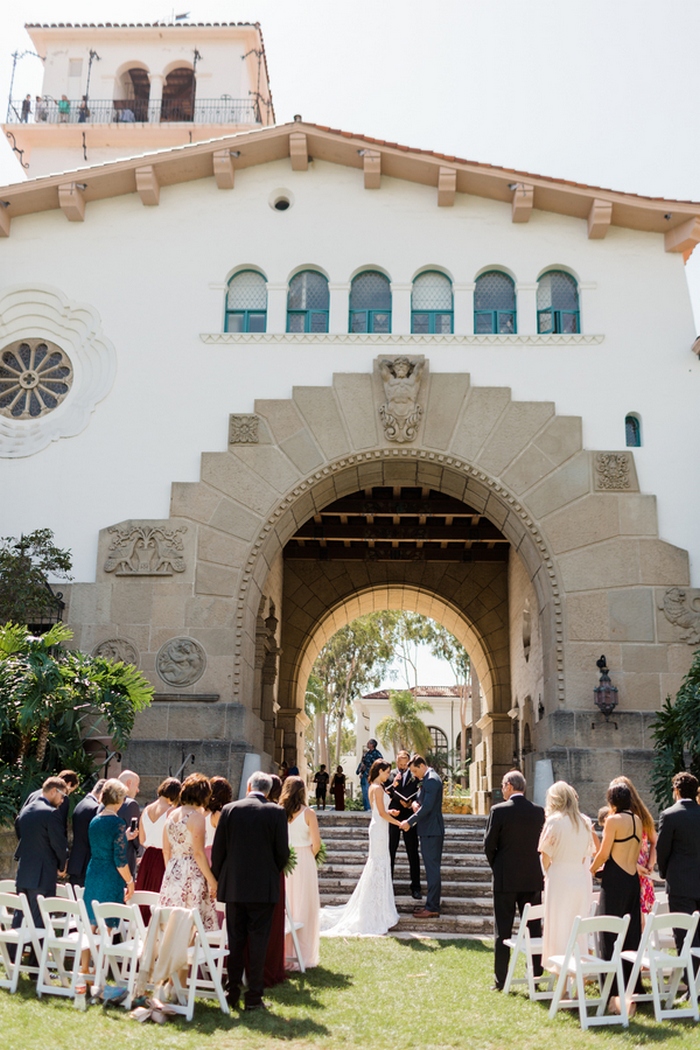 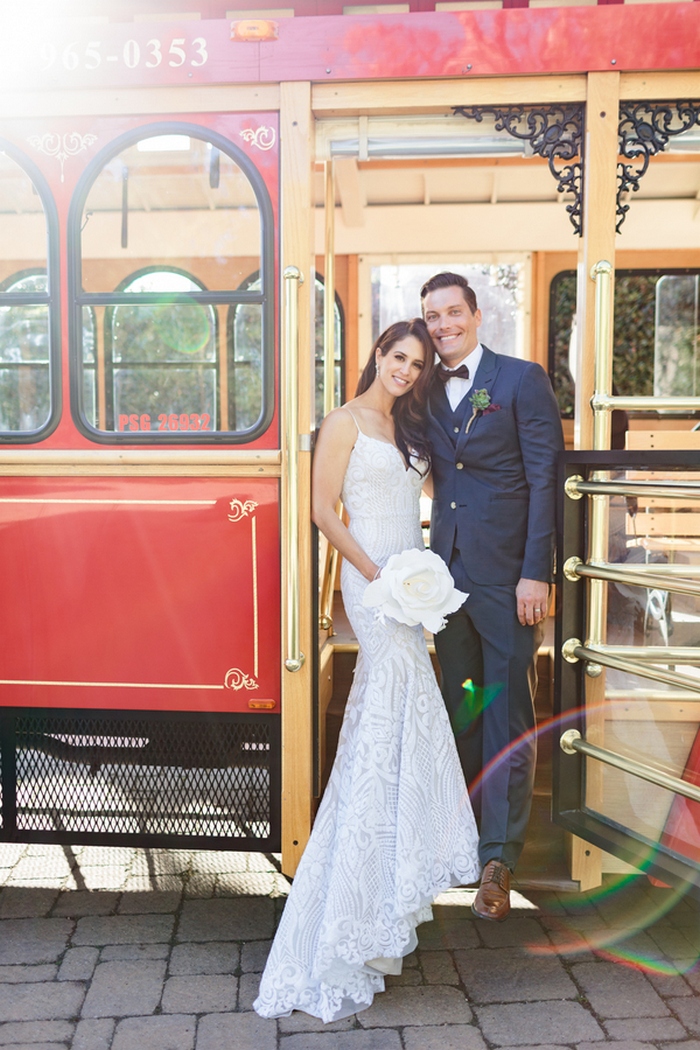 Everyone took a tram to the reception space 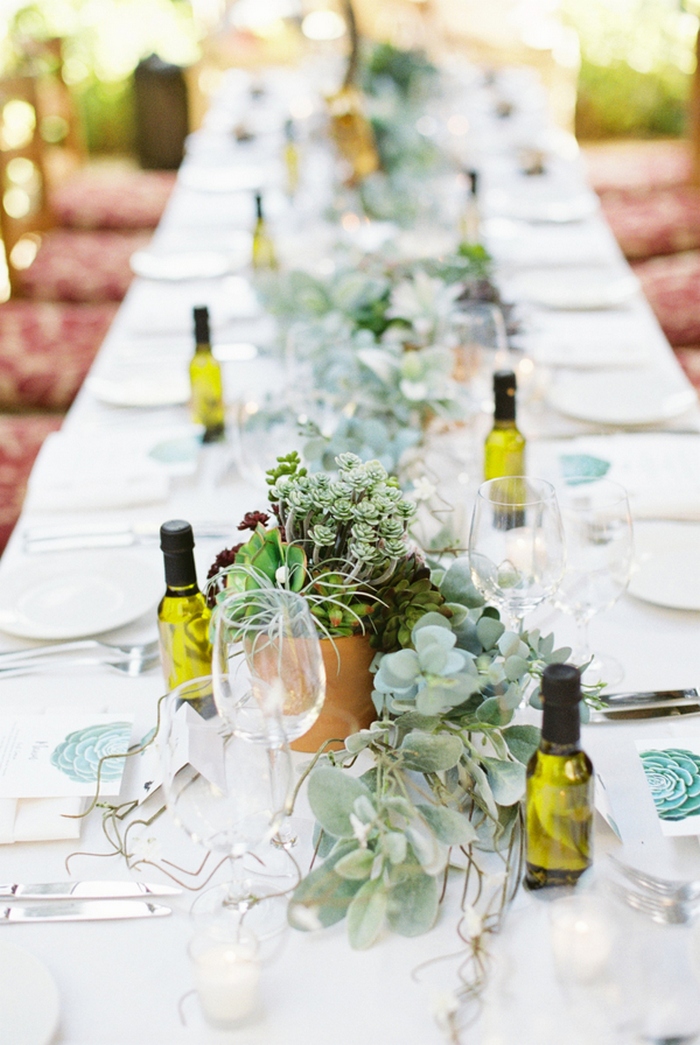 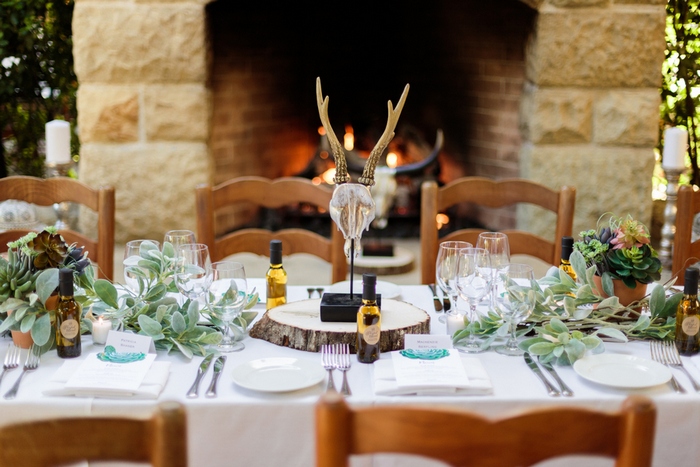 The centerpieces were made by the bride herself 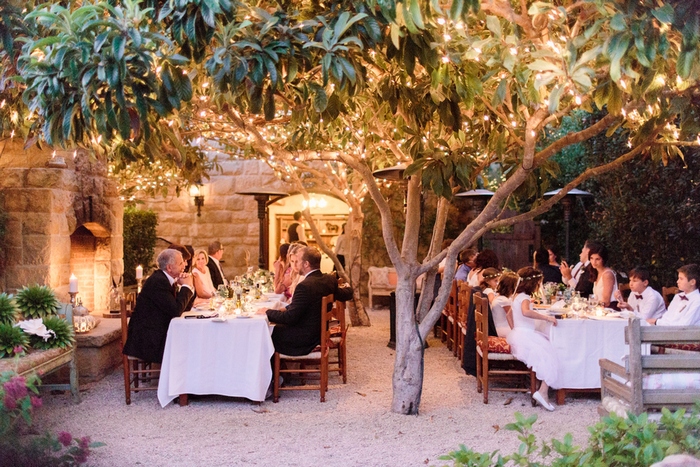 The reception space was decorated with lots of twinkle lights