Maxine and Josh wanted to include some traditional wedding elements in their day, in particular when it came to the ceremony, but they also wanted to ensure that it felt like them and reflected their own style. As the bride was on the liver transplant wait list for a long time and finally got her life-saving operation in October a few years ago, they also knew they wanted to get married around this time of year as it’s such a special time for them.

They went for a dark bohemian theme with decor including a mixture of black glass, skulls, fairy lights, foliage and red roses. They didn’t go too overboard though, just wanting hints of things to suit the theme, They weren’t at all bothered about making it look ‘wedding-y’ either, they just wanted to pick things they really liked and the bride loves autumn colors a lot. Both vegan, they also served an entirely plant-based menu and even though most of their guests were meat eaters they refused to go against their morals for everybody else! the couple served a donut tower instead of a usual wedding cake and it was topped with skeleton toppers.

Wearing a Grace Loves Lace gown with New Look shoes, rings by Iz&Co and jewelry from Regal Rose, Maxine loved her non-traditional bridal look. Josh wore a suit from ASOS and the bridesmaids chose their own black and red dresses from various online stores. Get inspired by this fall eye-candy! 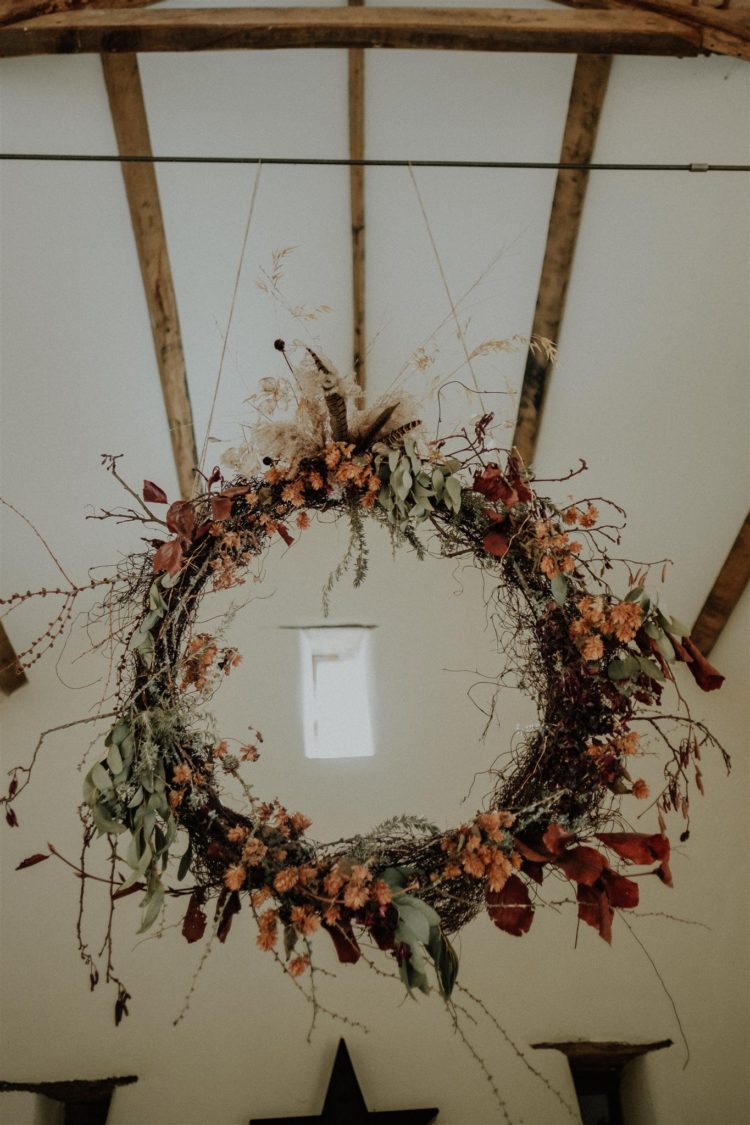 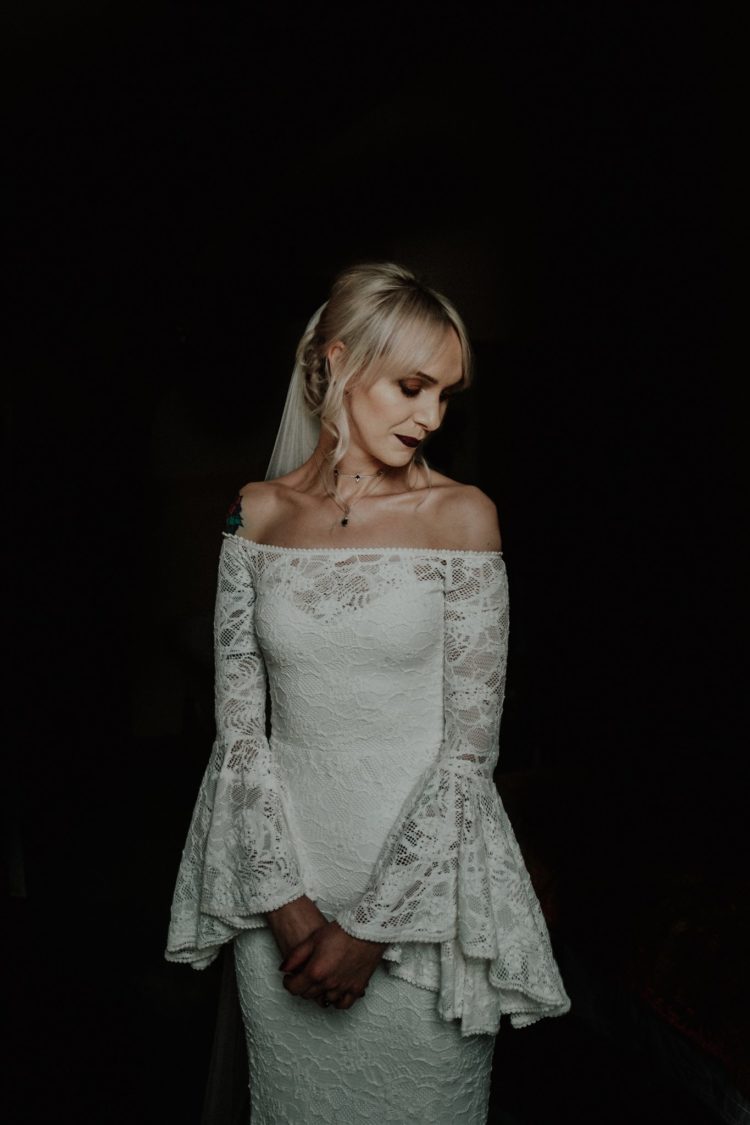 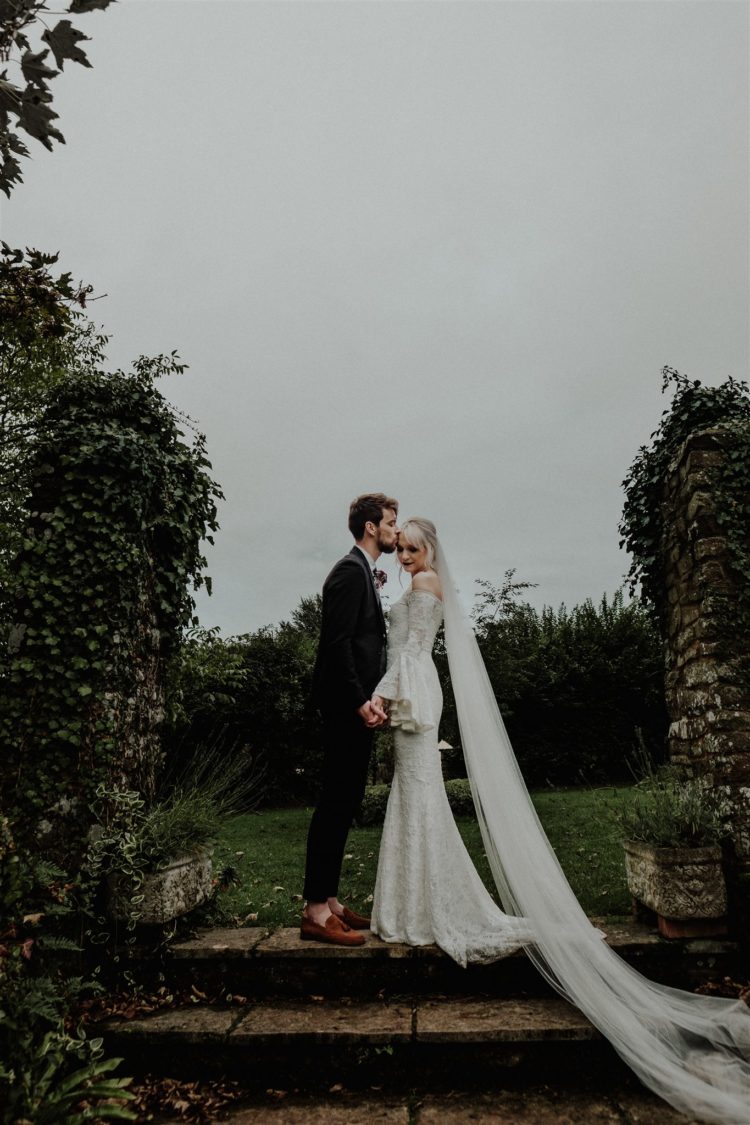 The groom was wearing a black suit, brown moccasins 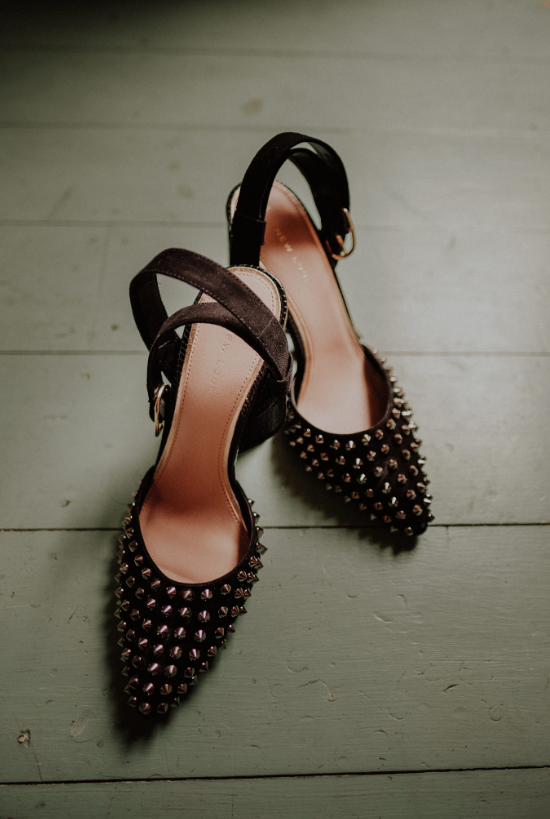 The wedding shoes were spiked ones 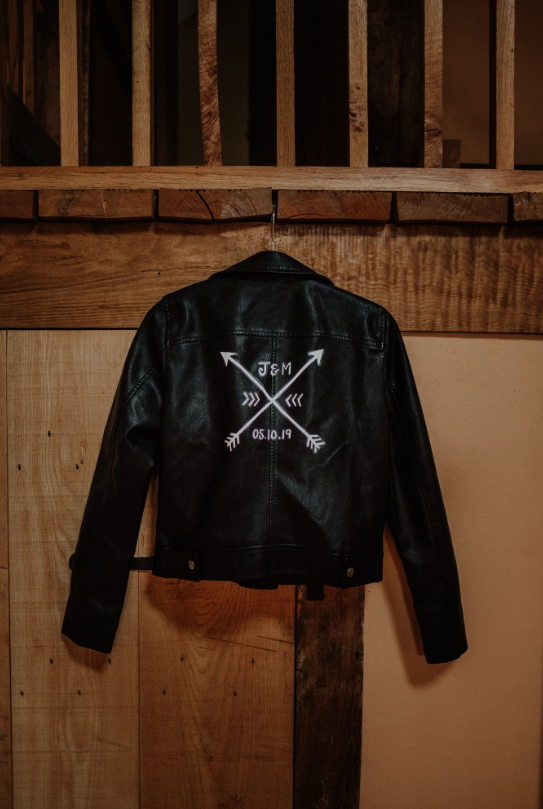 The bride covered up with a black leather jacket 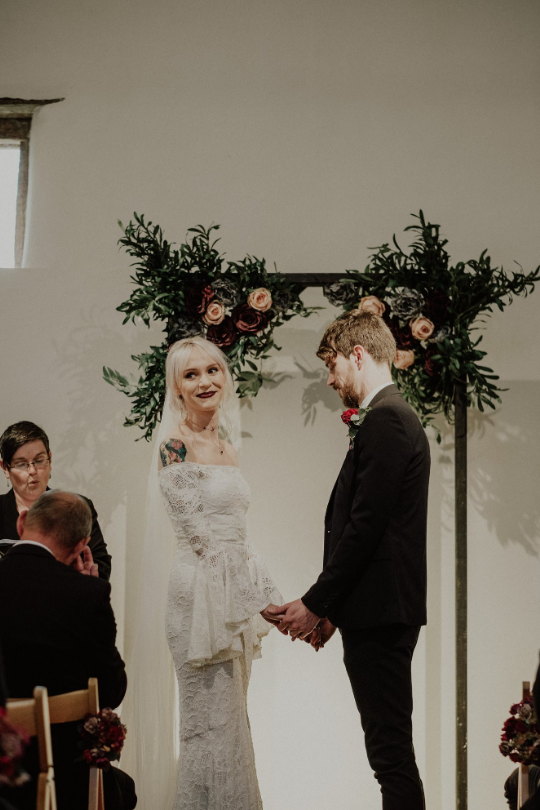 the ceremony was an indoor one, with a cute wedding arch decorated with blooms and greenery 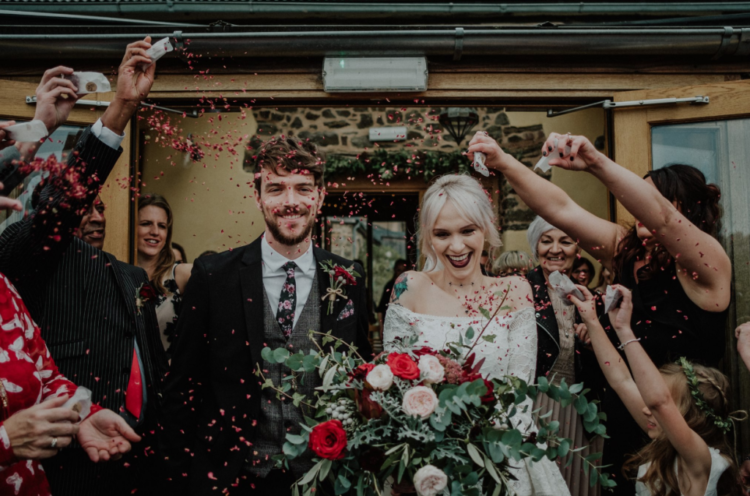 The bridesmaids were wearing mismatching red and black dresses 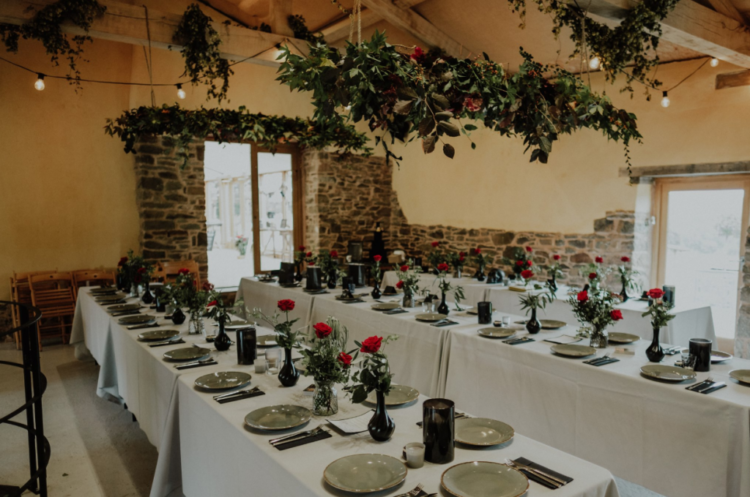 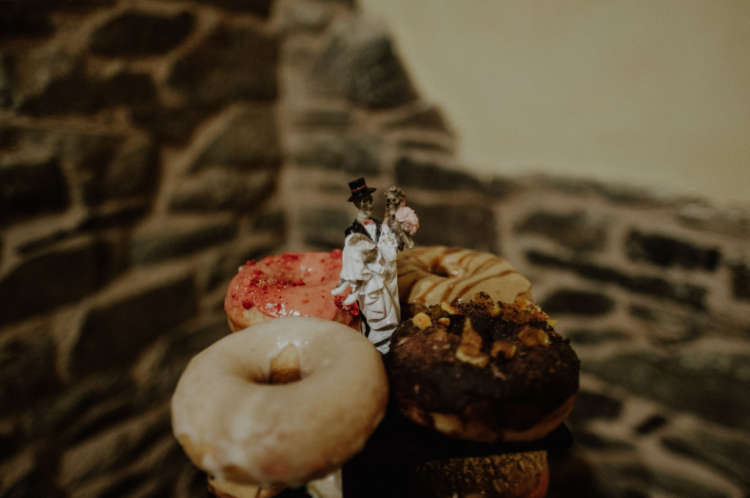