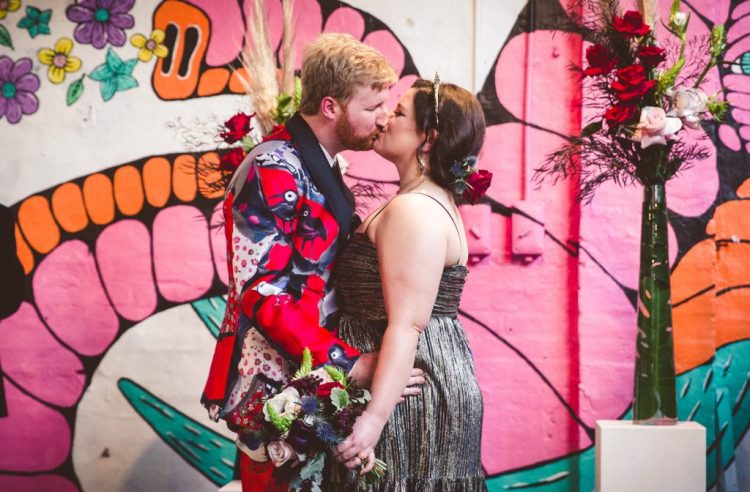 Anna and Alex were inspired by ‘everything and anything’ for their October wedding held in Redfern, Australia.

They had a lot of ideas based on their interests and what they thought would be fun for guests but the real inspiration came once they found their venues. The venue was their favorite vineyard. The food, music and staff were fantastic, the interiors had a mid-century style that was really appealing, and it felt so right to them to hold the reception there. Flowers were one of the most important and fun parts of the wedding. Their friend and florist Bush Witch used all of Anna’s favorite flowers – peonies, anemones, boronia and roses, to name but a few – to create stunning bouquets. They skipped on centerpieces, as they wanted to encourage cross-table conversation, instead having floral installations hanging from the ceiling. Obsessed with neon, they complimented the bright florals with neon signs too.

As a former fashion/shoe designer, it was important to Anna to wear Australian designers, and she rocked not one but two outfits during the day. The couple took a trip to Hoi An in Vietnam to have Alex’s bright and bold suits tailored – they used Ru Paul’s suits as inspiration.

The couple didn’t have a band, but they did hire a local busker to play the violin before and after the ceremony. Another talented friend provided a DJ set, and they continued the art theme by hiring a local illustrator to do portraits instead of a photo booth. They love seeing them on everyone’s fridges when they visit their friends’ homes! 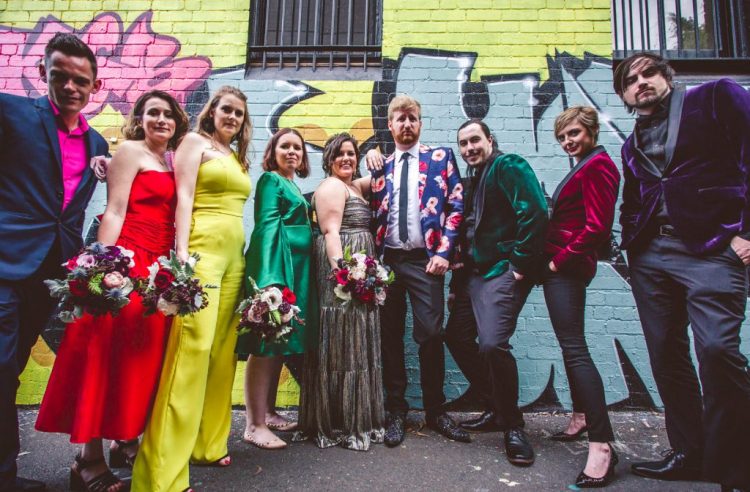 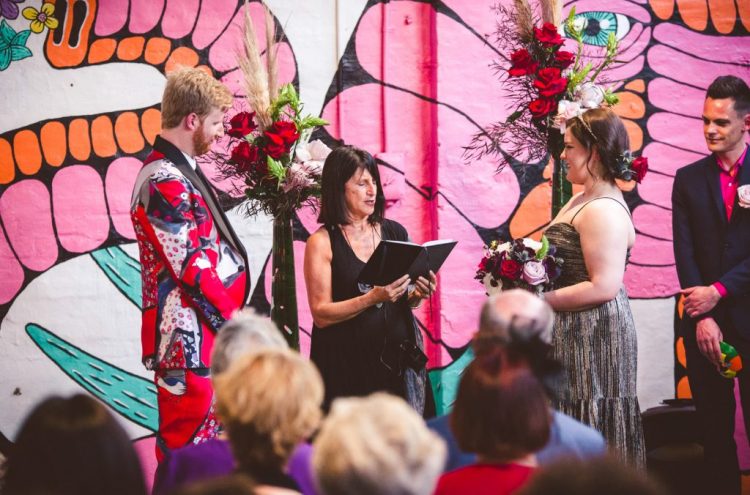 The ceremony space was a bold graffiti wall, with super colored blooms and greenery 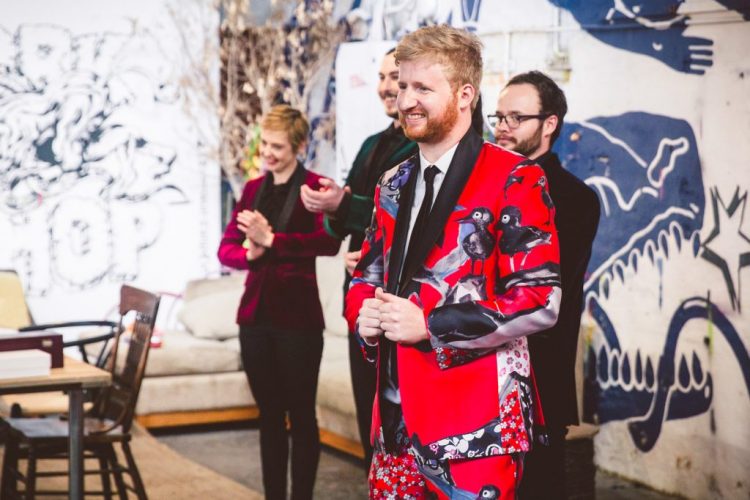 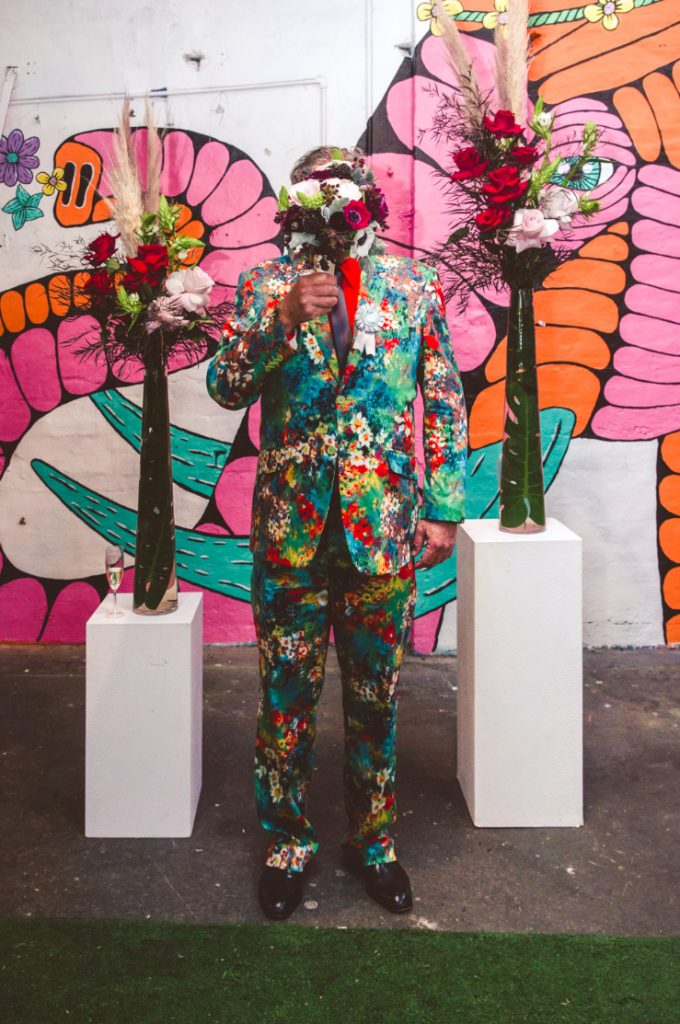 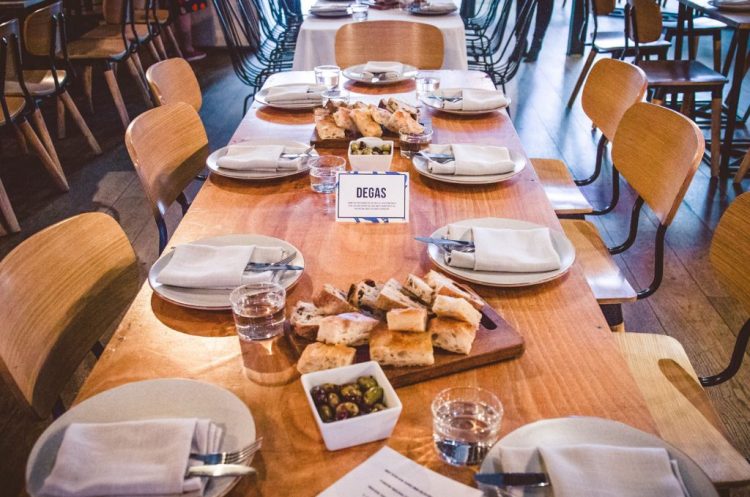 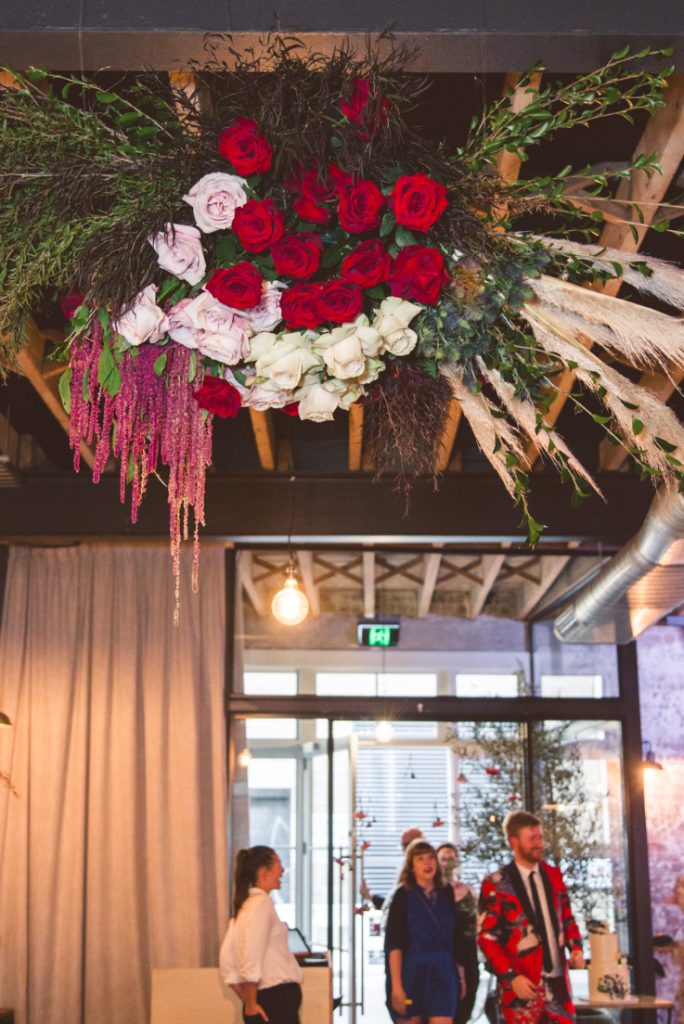 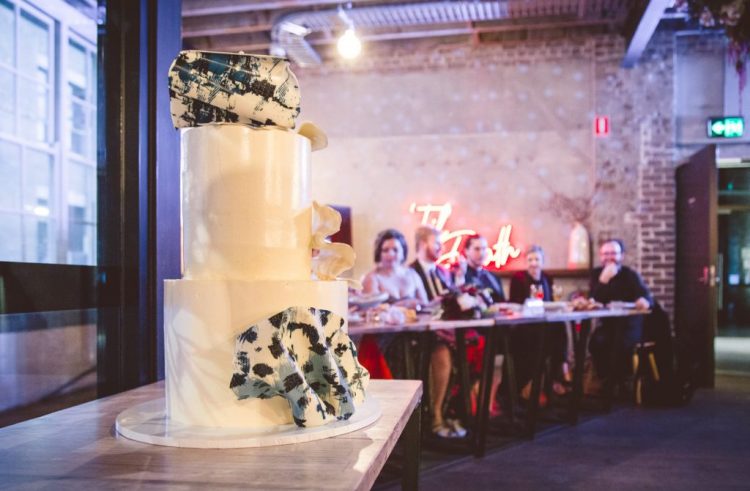 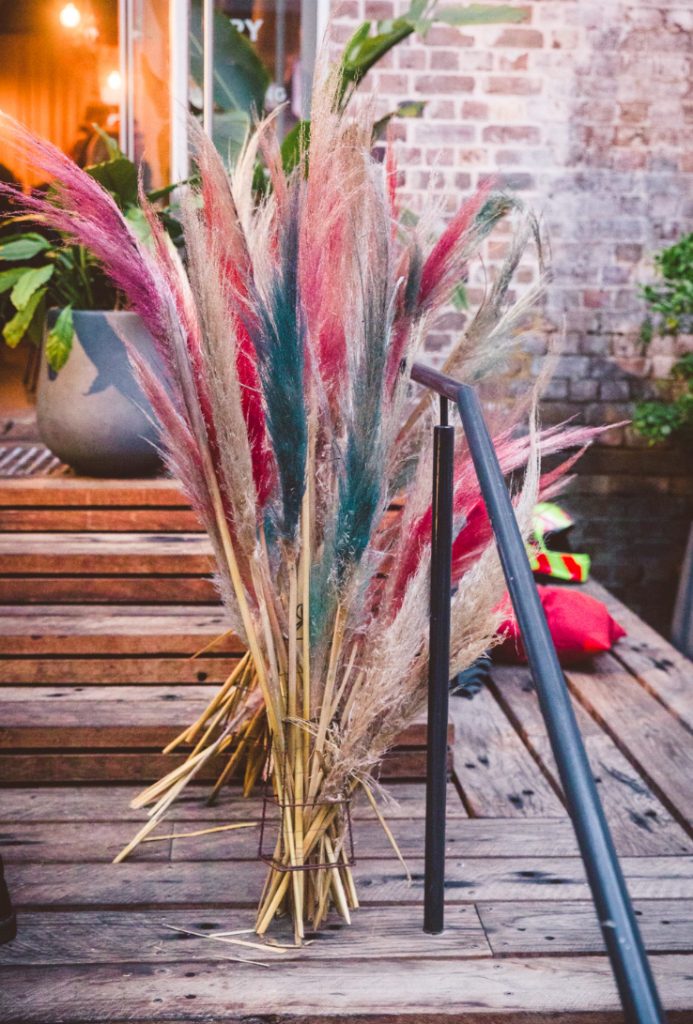 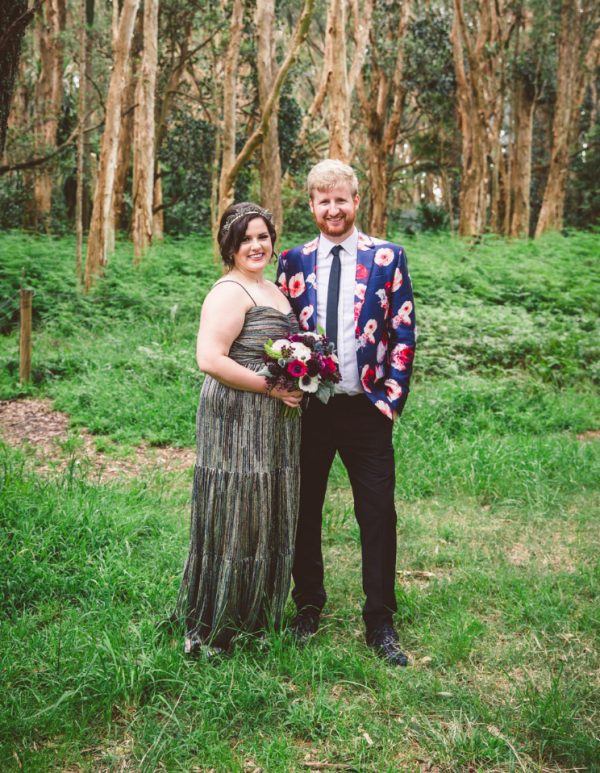 The bride was wearing a silver strap wedding dress and a bold headband, the groom was rocking a bold floral blazer 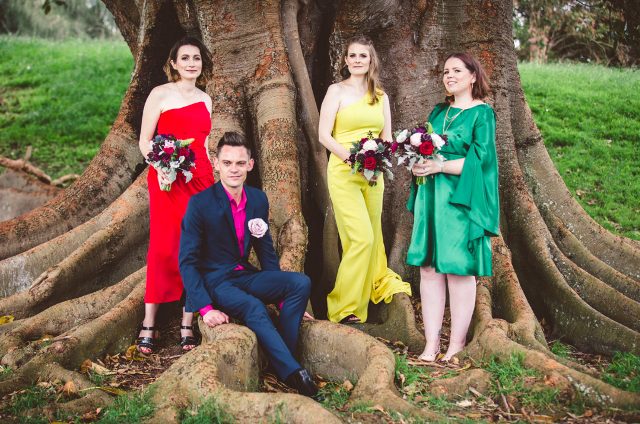 The bridesmaids and a bridesman were rocking all bold shades - yellow, emerald, red and hot pink