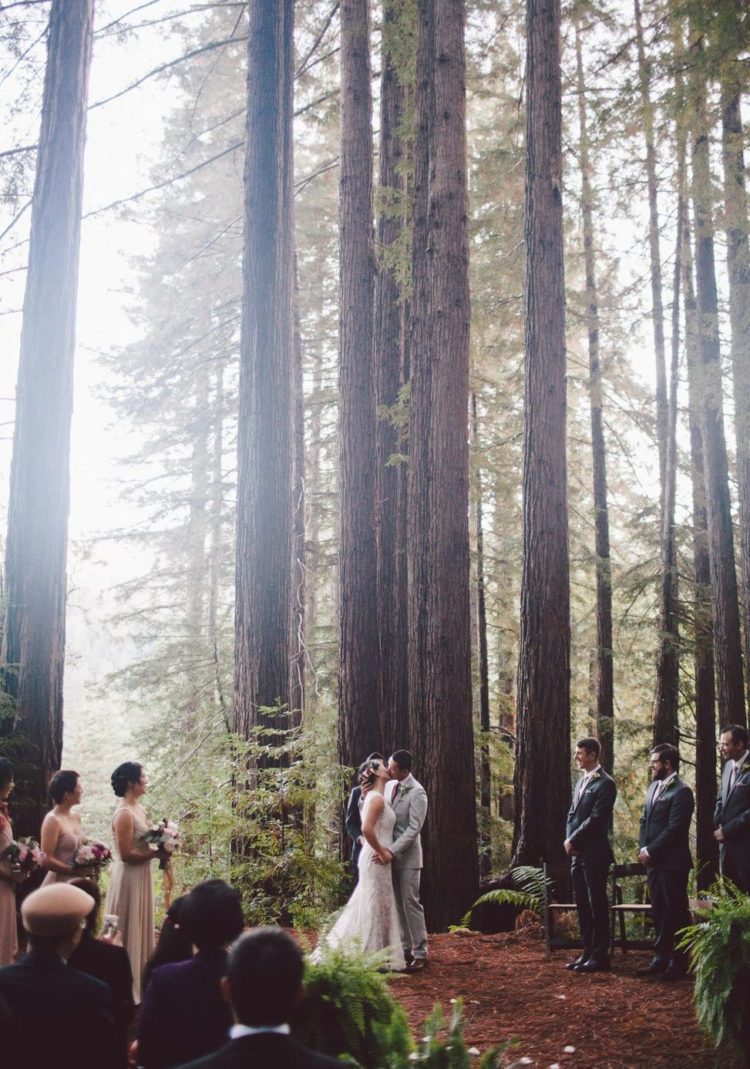 This camp-style wedding took place in the redwoods in California, it featured some camp and rustic features to make everyone feel at ease

Getting married outside, in the woods, is a unique thing: everyone feels amazing in this intimate natural ambience. Today we are sharing a cool wedding at the Sequoia Retreat Center, it’s full of natural beauty and chic touches.

It’s was a camp-style weekend getaway in the California Redwoods, complete with board games, dancing, a personal ceremony, and s’mores around the campfire. The groom and bride are both nature lovers, so they chose to get married in one of the most beautiful places in Northern California within the Santa Cruz Mountains. The ceremony site was an amphitheater surrounded by a ring of towering Redwood trees, it was so beautiful itself that didn’t require much decor. The couple spent a large part of the budget on feeding the 82 guests as they love food and wanted much food, beer wine and to be served.

The bride was wearing a sleeveless lace sheath wedding dress with an illusion neckline and back on a row of buttons. Her updo was decorated with greenery and blooms. The groom was rocking a dove grey suit with a red tie and brown shoes.

The couple passed on having programs, and DIYed the menu and seating chart with the help of our talented designer friends. The mother of the groom baked the buttercream wedding cake topped with bold blooms and greenery. 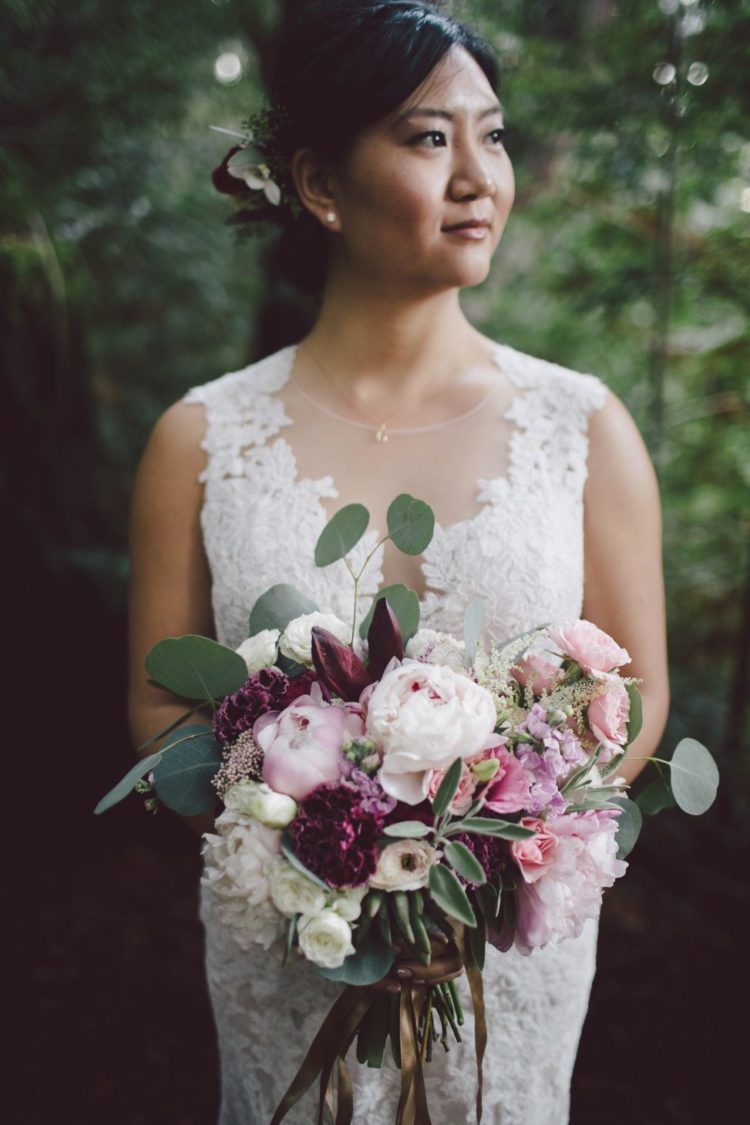 Her bouquet was done with light pink, blush and purple blooms and greenery that were also seen in the bouquet 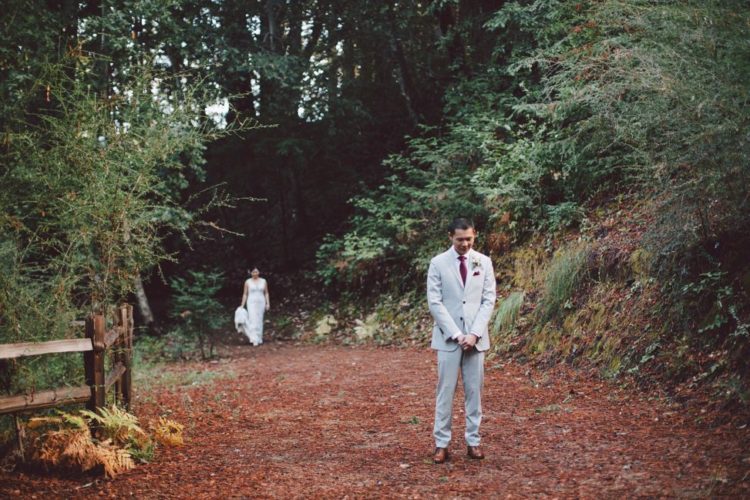 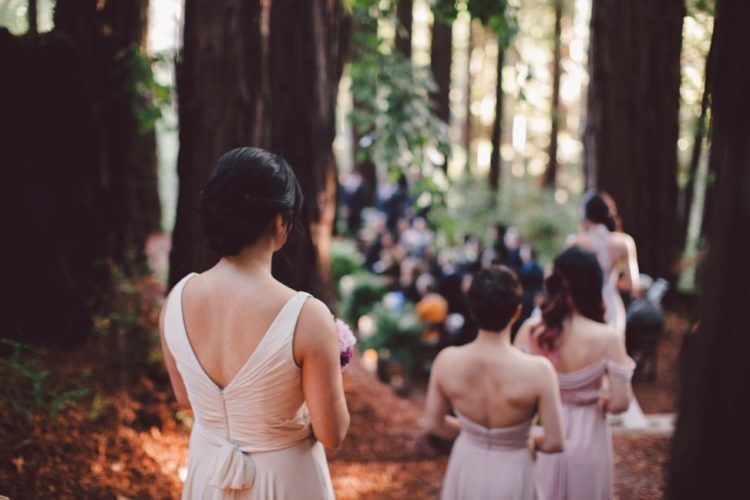 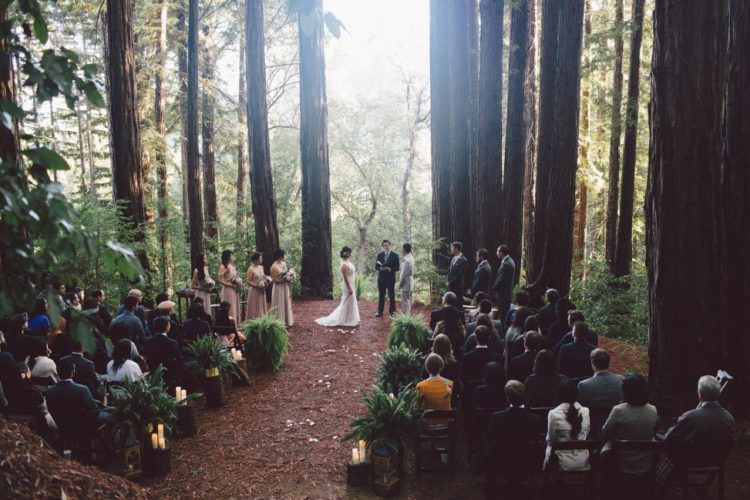 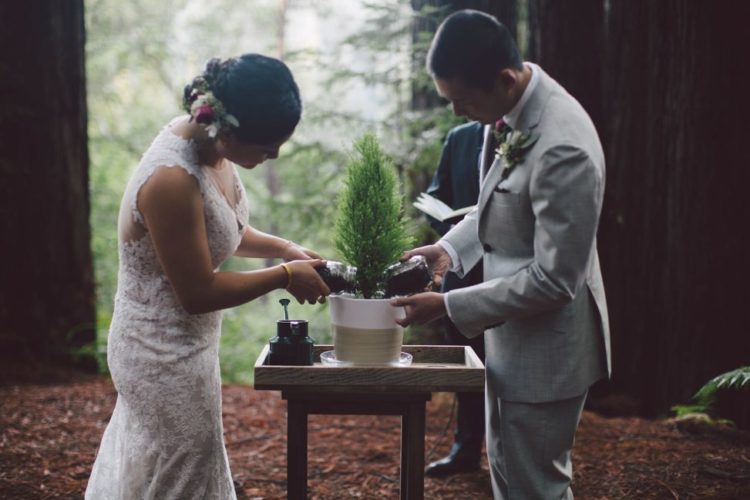 The couple opted for planting a sequoia during the wedding ceremony 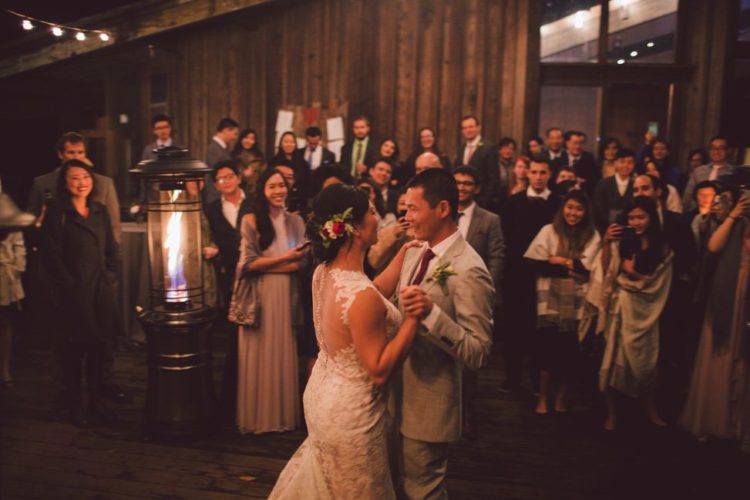 There were 82 guests, and all of them enjoyed various food and drink bars and stations and s'mores 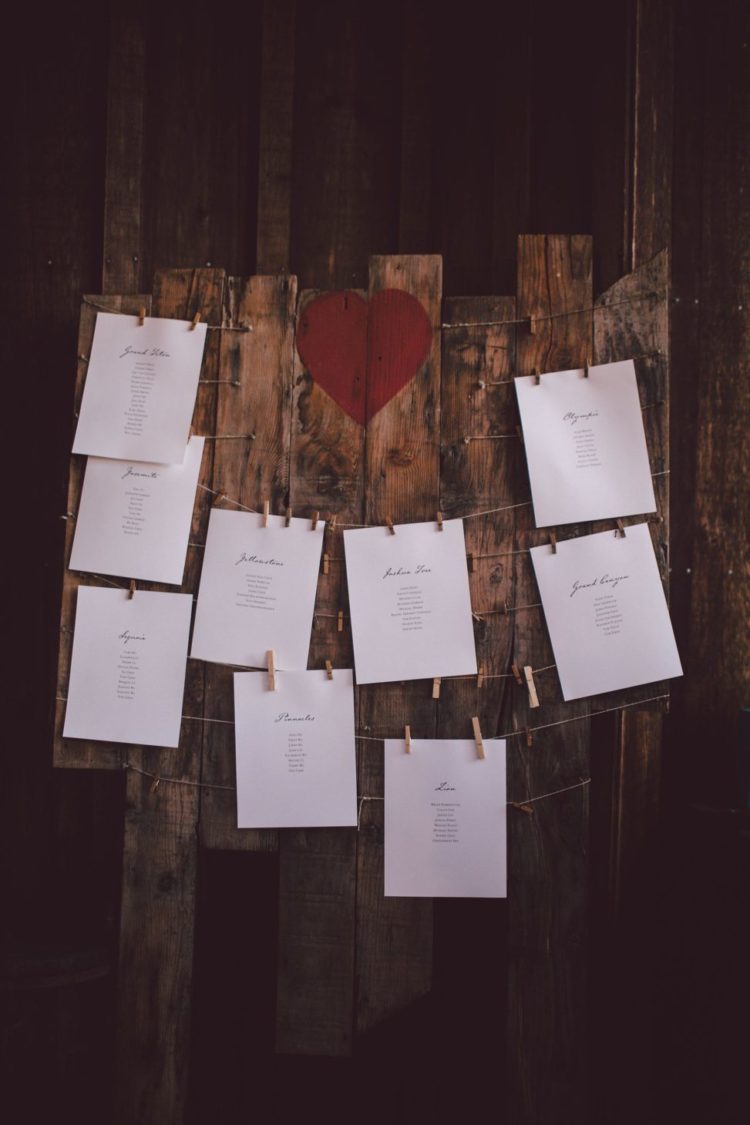 Most of paper goods were DIYed by the couple, and their number was reduced for making the wedding eco-friendly 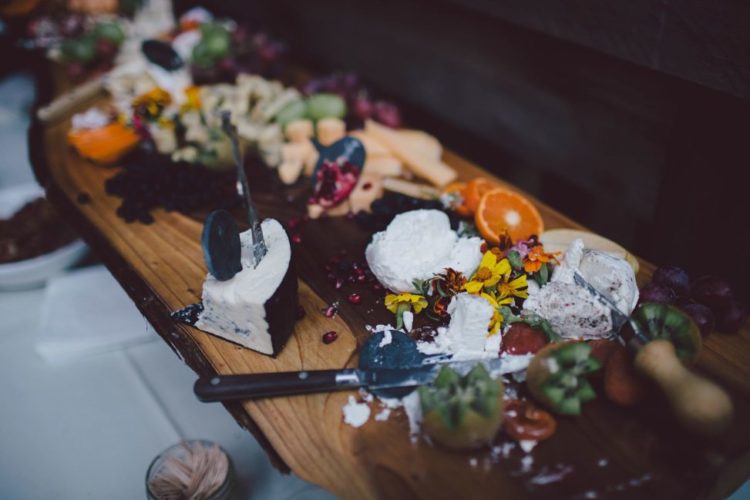 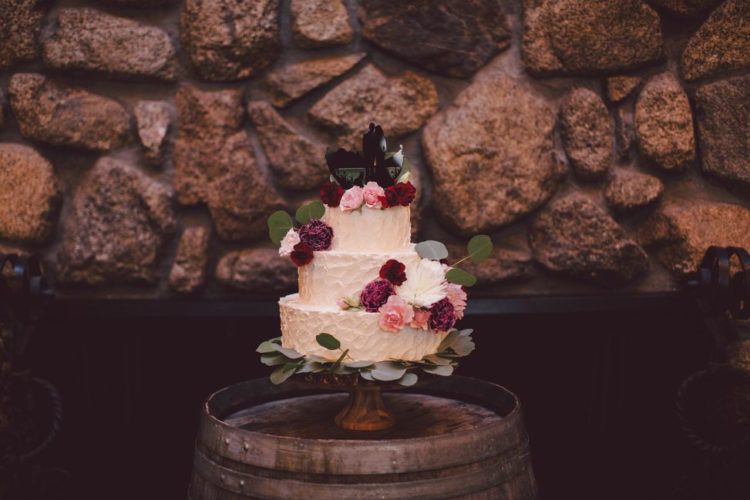 The wedding cake was baked by the mother of the groom, it was a buttercream one decorated with bold blooms, greenery and with toppers