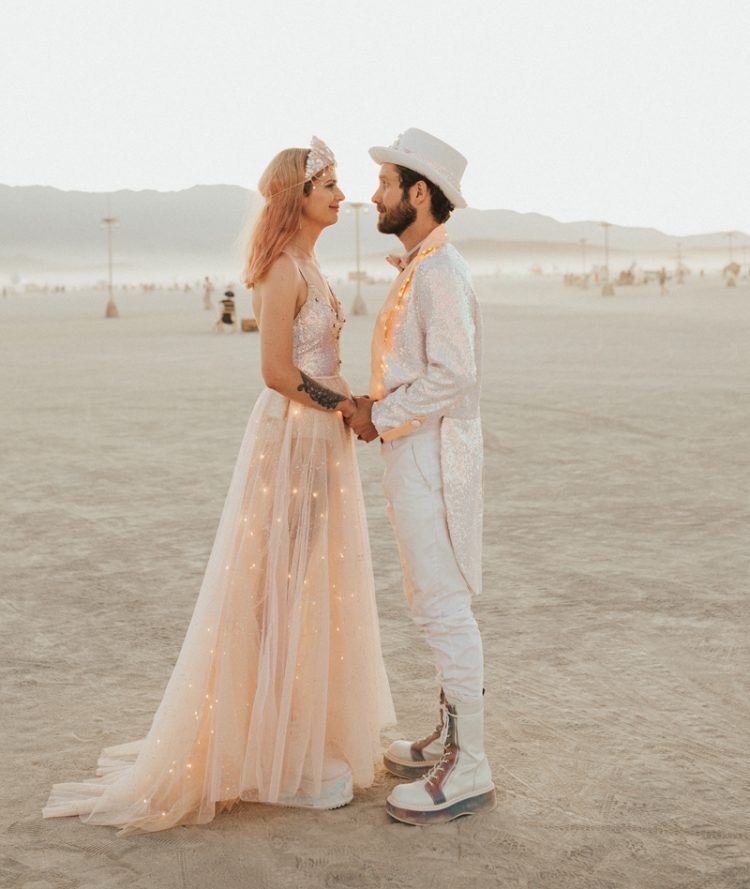 This couple went for a unique Burning Man wedding ceremony and a reception at home, in Melbourne

Kelsie and Andy’s wedding is about to knock your socks off because Keisie got hitched in a light up wedding dress, Andy looked just as swag in his iridescent sequin tuxedo and they had photos atop a giant unicorn sculpture at Burning Man.

Their Burning Man ceremony took place in August and their reception back home was in November. They were legally married on ‘Tutu Tuesday’ at Burning Man by the host of their theme camp (Barbie Death Camp). He stood inside life-sized Barbie box to marry them. The bride never wanted to have a traditional wedding with a large bill. It took just over a year of planning, from researching the best places to hire RVs to reaching out to theme camps, waking up at 5am to try to buy Burning Man tickets online and the most important – finding out how to legally get married at there. The couple invited everyone they met at Burning Man to attend the wedding ceremony and they were so touched that a few actually came. It was a beautiful mix of sequins, sweat, dust, and love!

It was important to have some close family and friends with them too so they invited a select group of people to go along with them, however their big reception back home in Melbourne is where they celebrated with most of their loved ones. Since they were then already legally married when they returned home, instead of hiring another officiant they asked one of Kelsie’s her closest friends, Naz, to help them repeat their Burning Man ceremony with some small script changes for their family and friends. 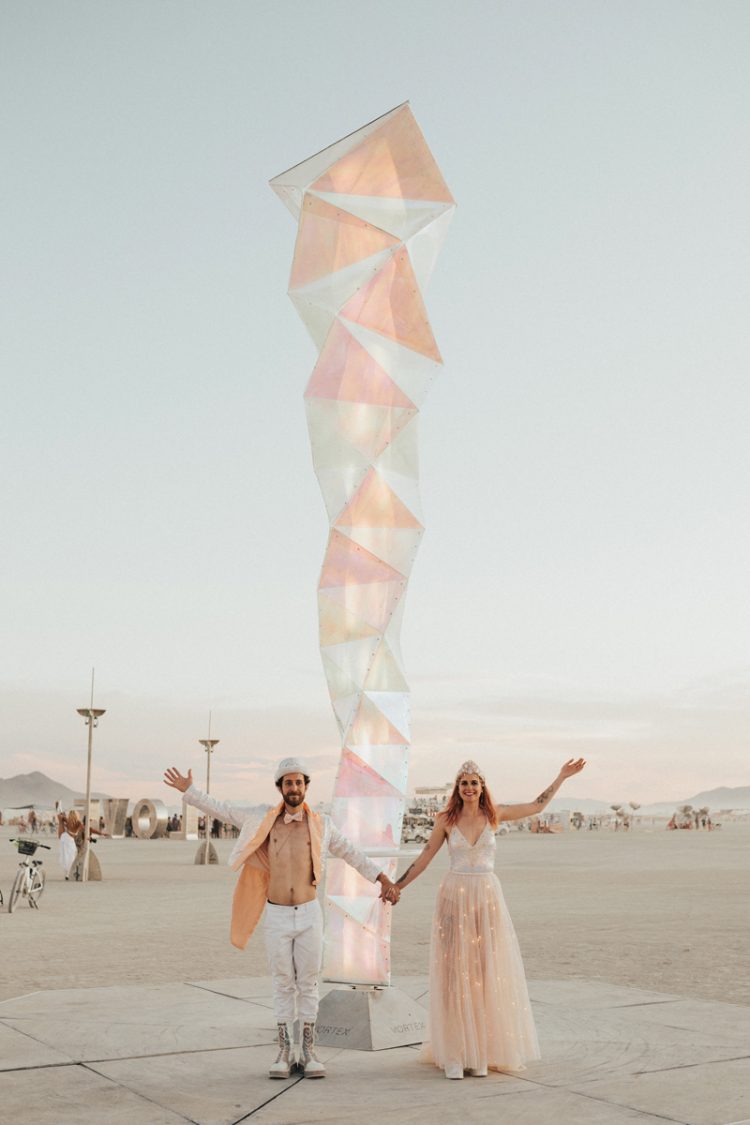 The bride was wearing a sequin top and a tulle light skirt, a crown and platform sneakers 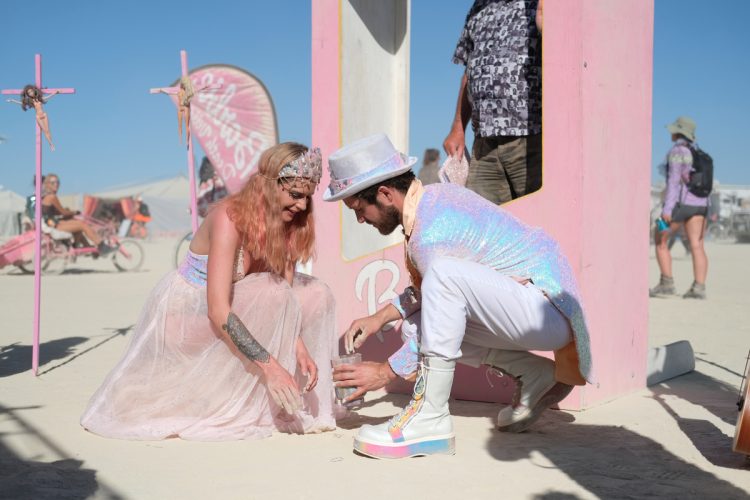 The groom was wearing an iridescent blazer, boots and a top hat 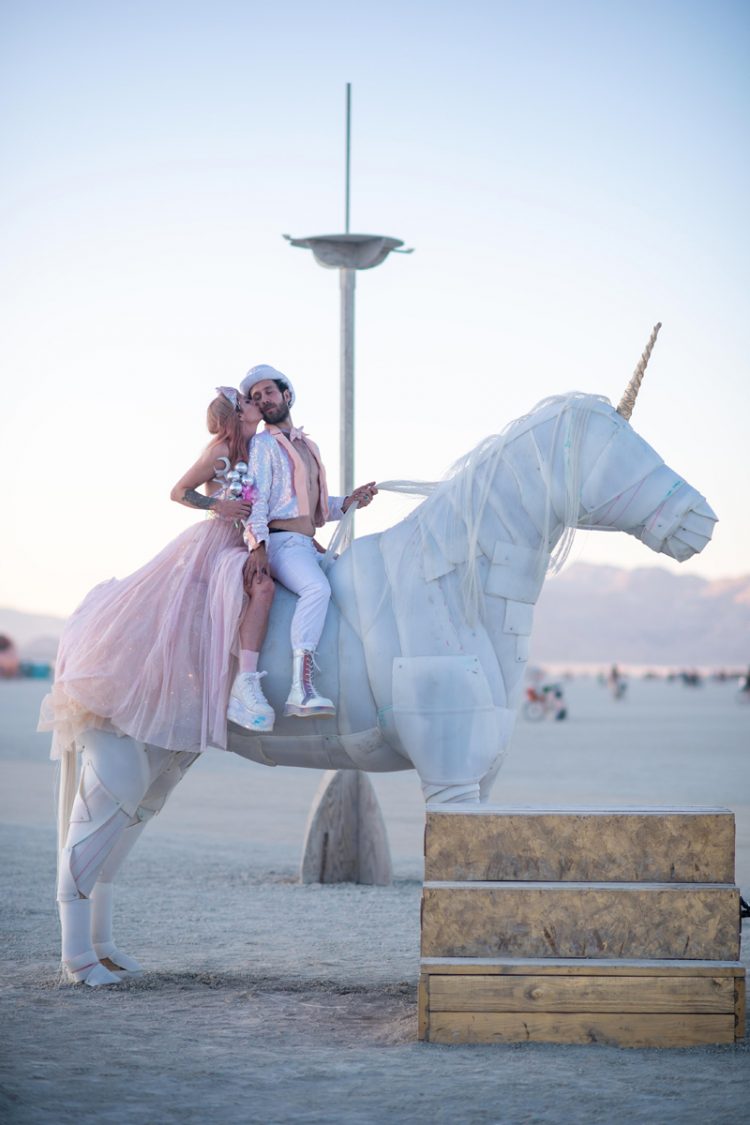 What can be a more unusual place to tie the knot 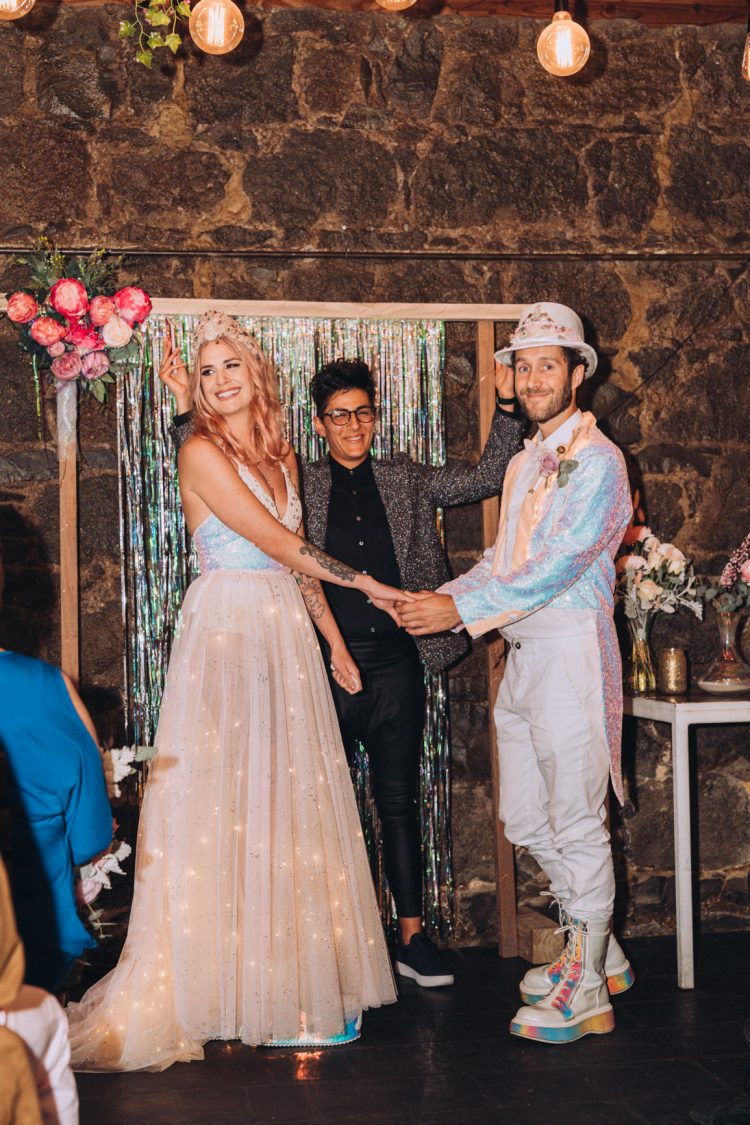 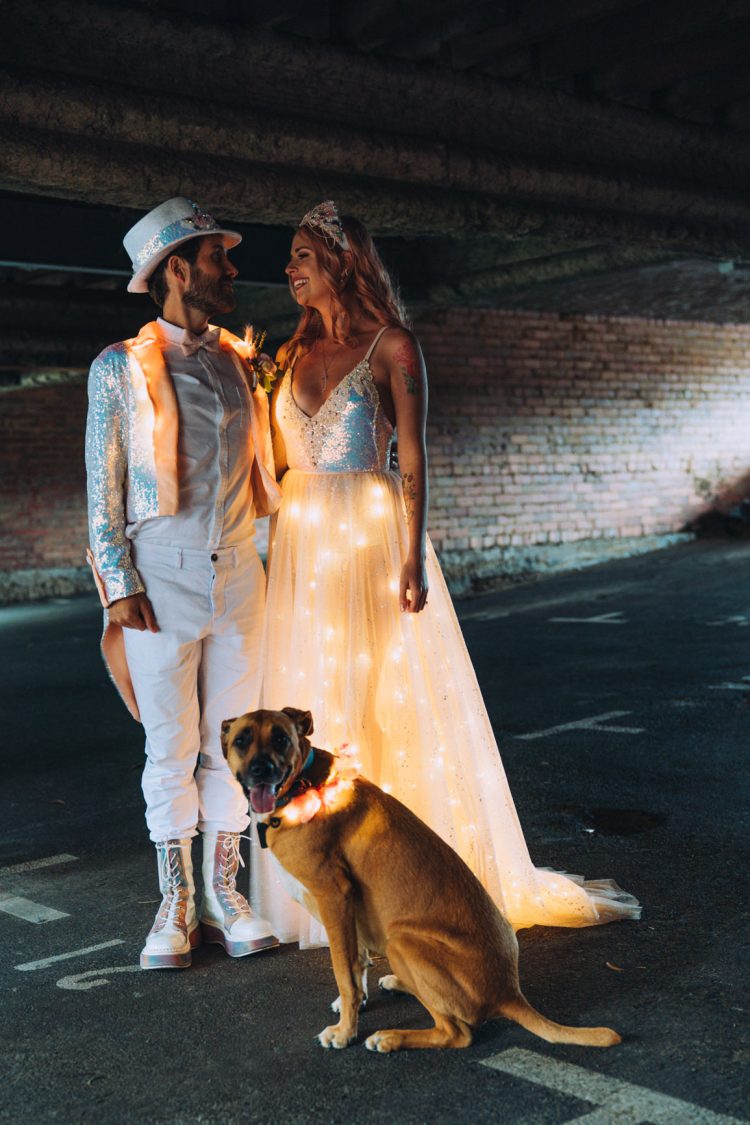 Their dog took an active part in the wedding, too 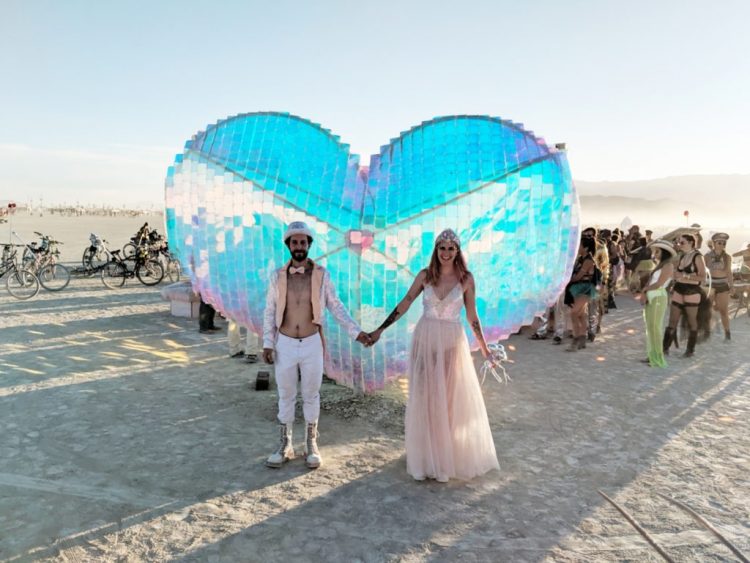 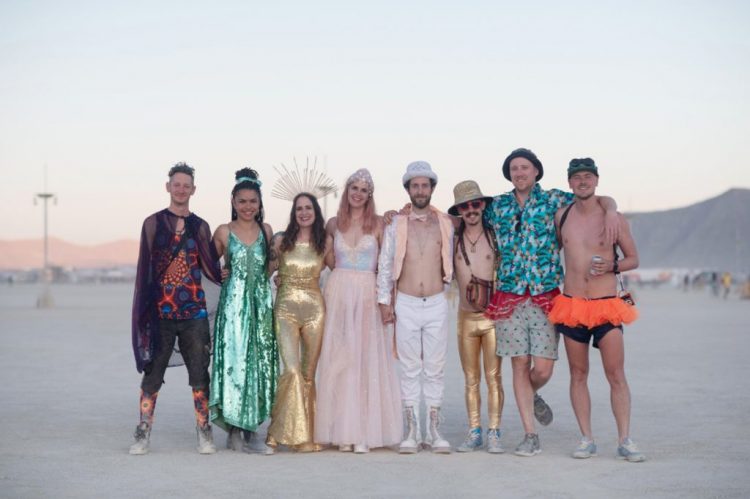 Some of their friends were present at their Burning Man celebration