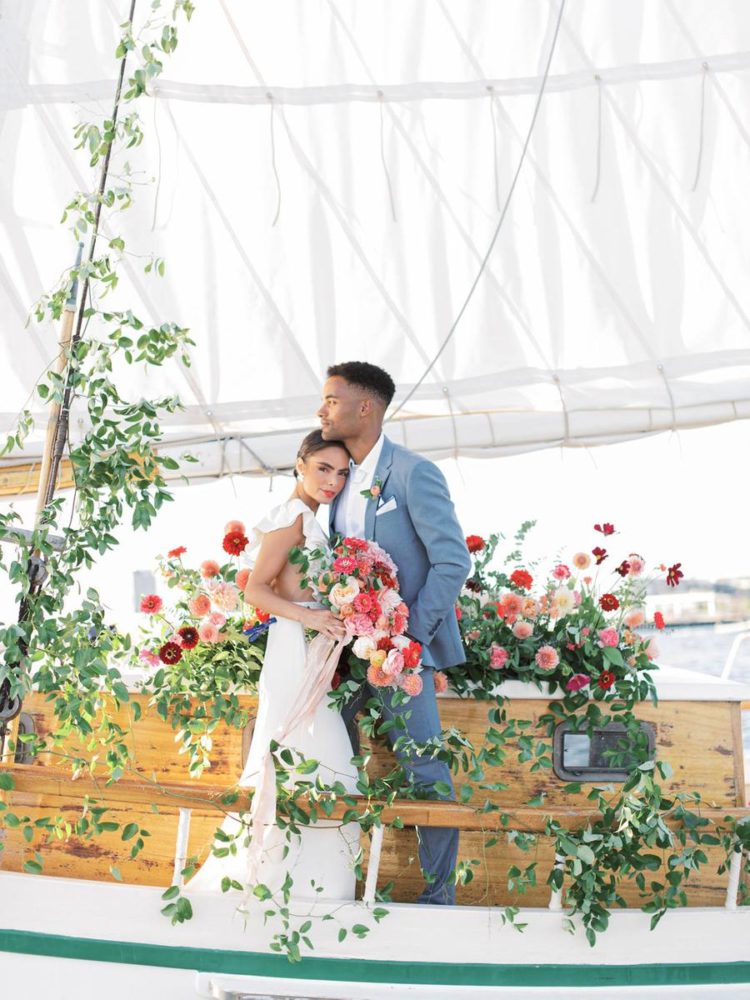 Today we set sail on the most romantic and modern nautical seaside elopement shoot planned and perfected by Kate Murtaugh Events & Design. With New England Summer nights as her inspiration, Kate combined poppy red and ocean blue which was incorporated into everything.

Brooklyn and Dean eloped as they set sail on Boston Harbor one late summer afternoon in August filled with dreamy light, a warm breeze and beautifully curated details. Inspired by rich summer tones of color and the stormy blue waters of Boston Harbor, the creative team came together to create a sophisticated yet colorful elopement against one of Boston’s most splendid backdrops that both locals and tourists rarely have the opportunity to experience.

Florals and curly smilax adorned the port side of the sailboat curling it’s way down the side of the boat and perfectly situated to blow in the breeze for their sunset cruise. The bridal bouquet was tied with blush silk ribbon and was filled with an array of pink, coral and red flowers including locally-grown dahlias, zinnias and garden roses. The cozy tablescape situated under the boat’s mainsail included a beautiful grazing board and picturesque cocktails, a petite tasting cake and a collection of linens and pillows. There was a small wedding cake in white decorated with lush blooms and greenery. 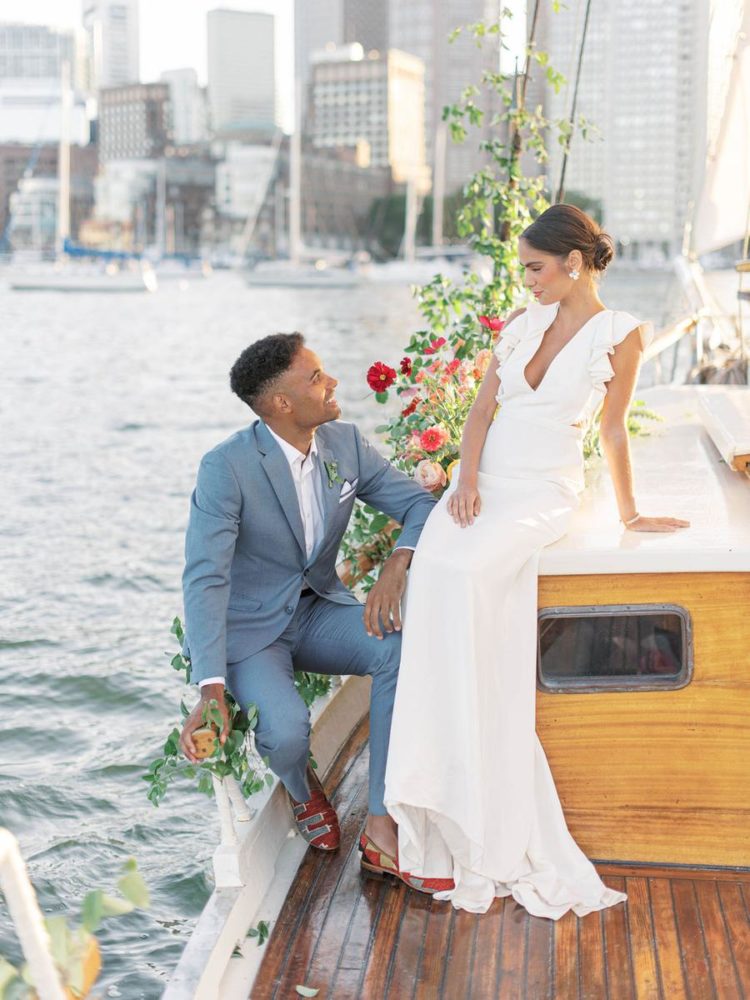 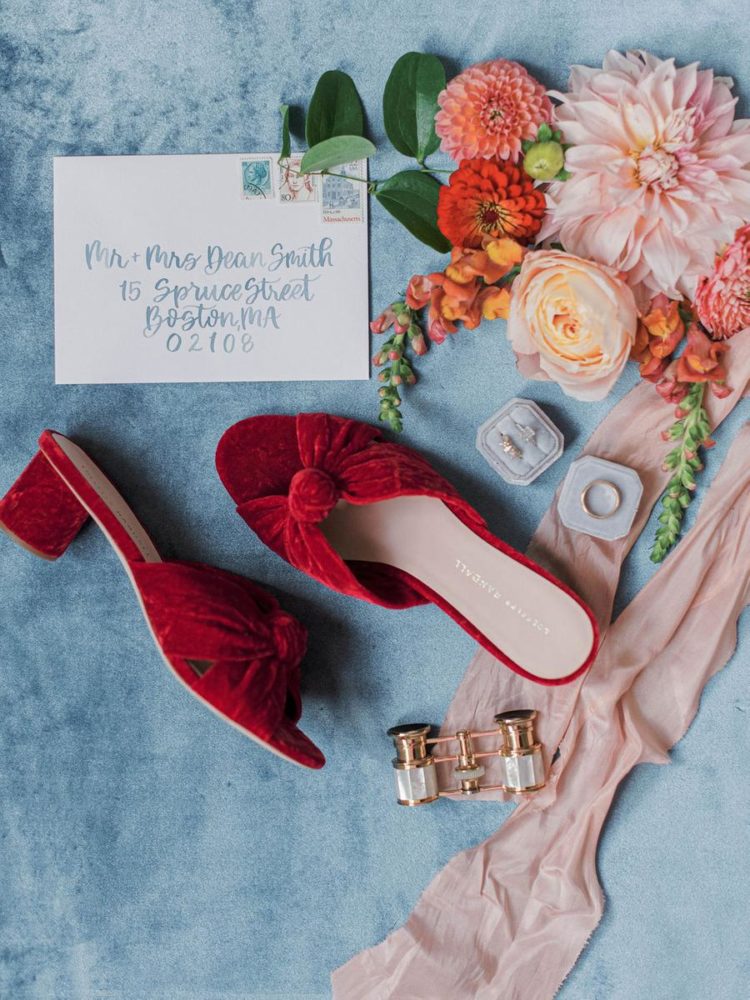 She was wearing bold red velvet shoes with kitten heels 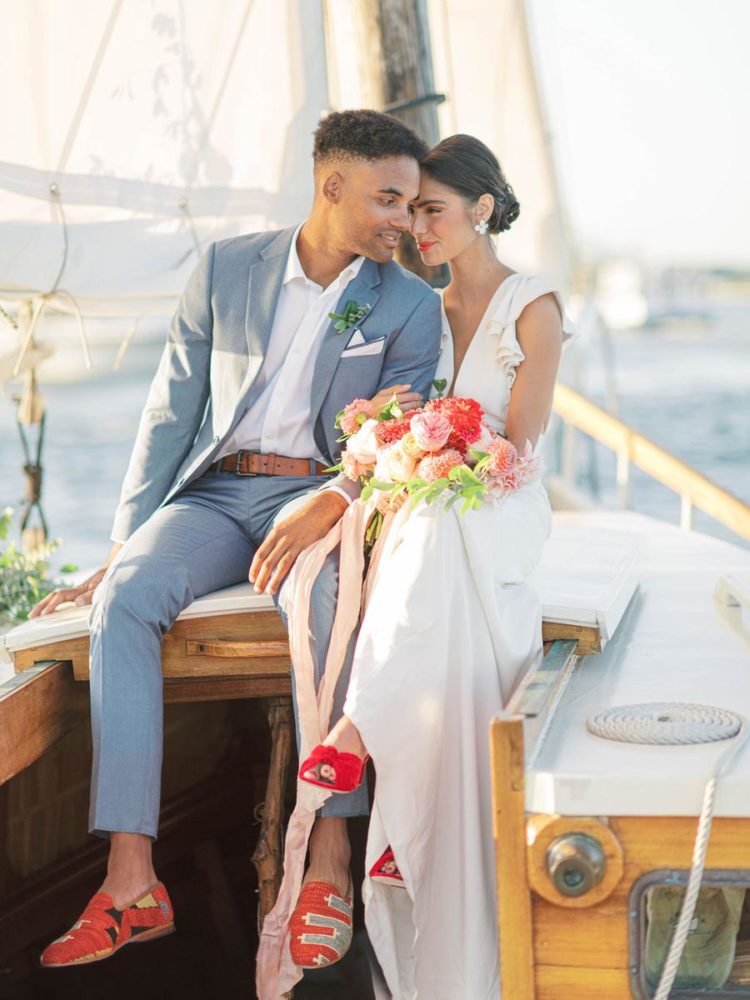 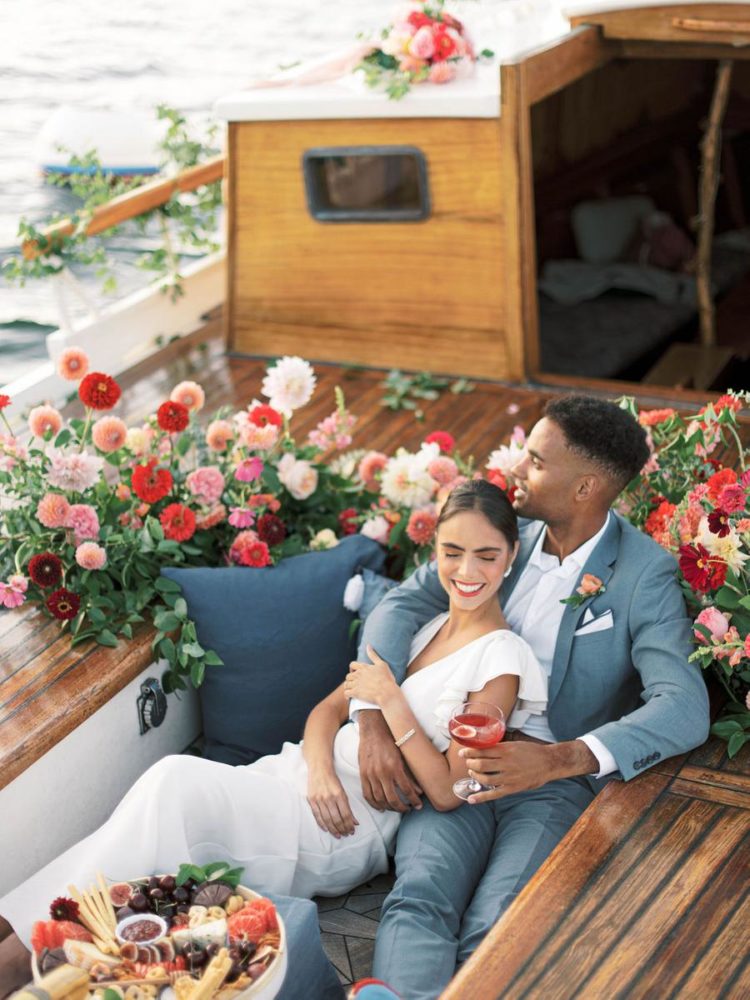 The ship was decorated with super lush and bright florals 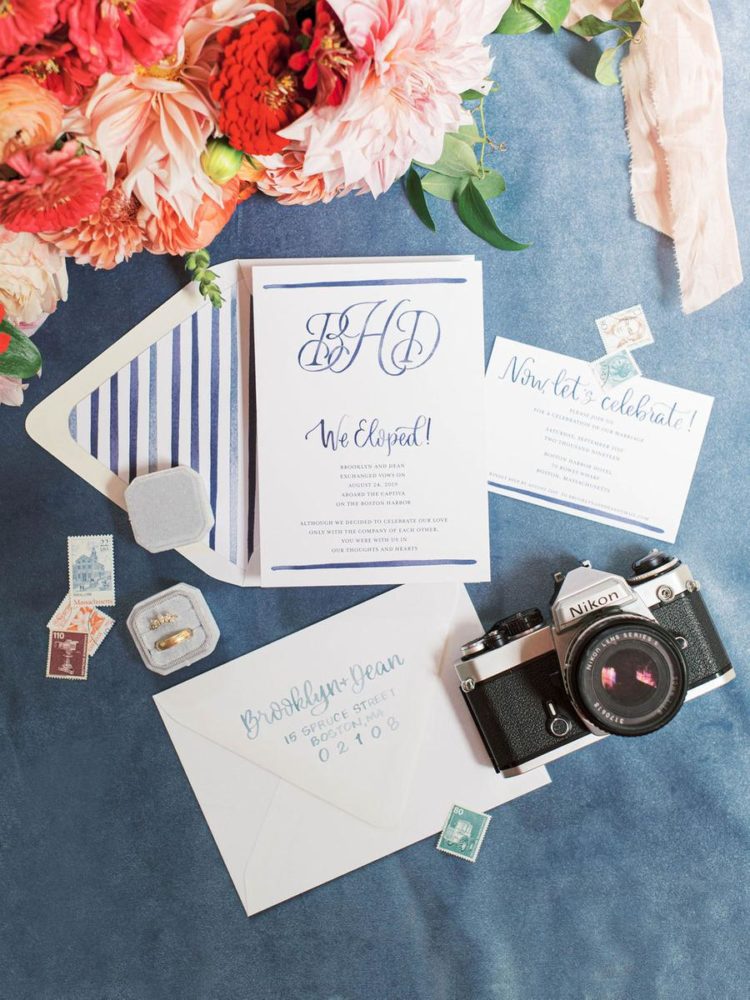 The wedding invitation suite was a marine one, with blue and navy stripes 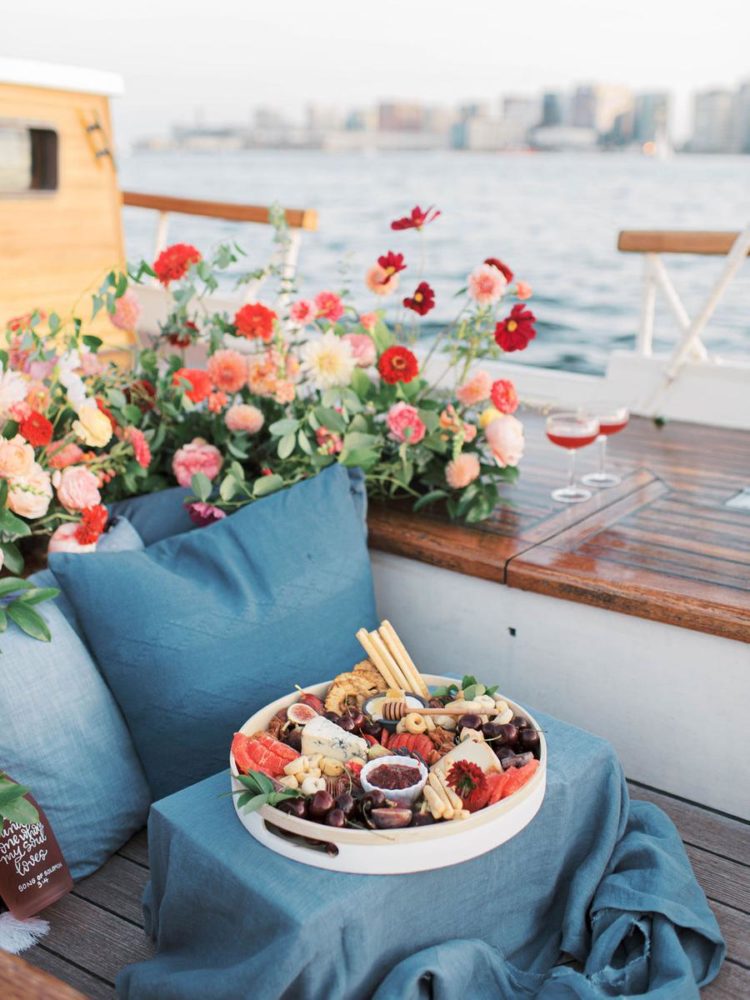 There was a grazing board just for two 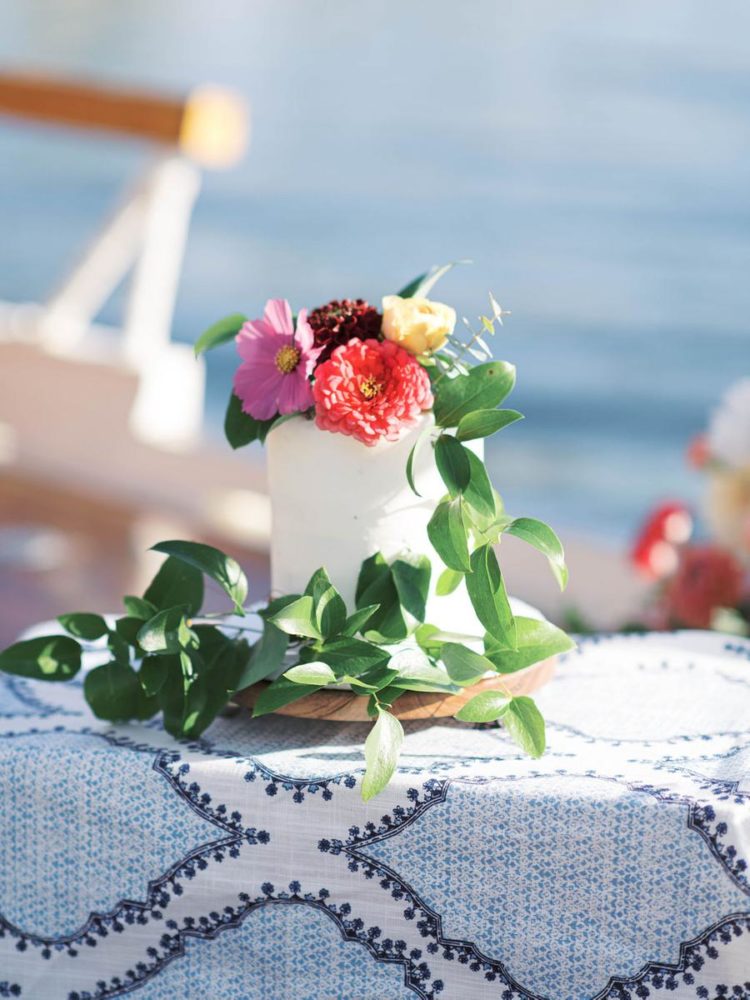 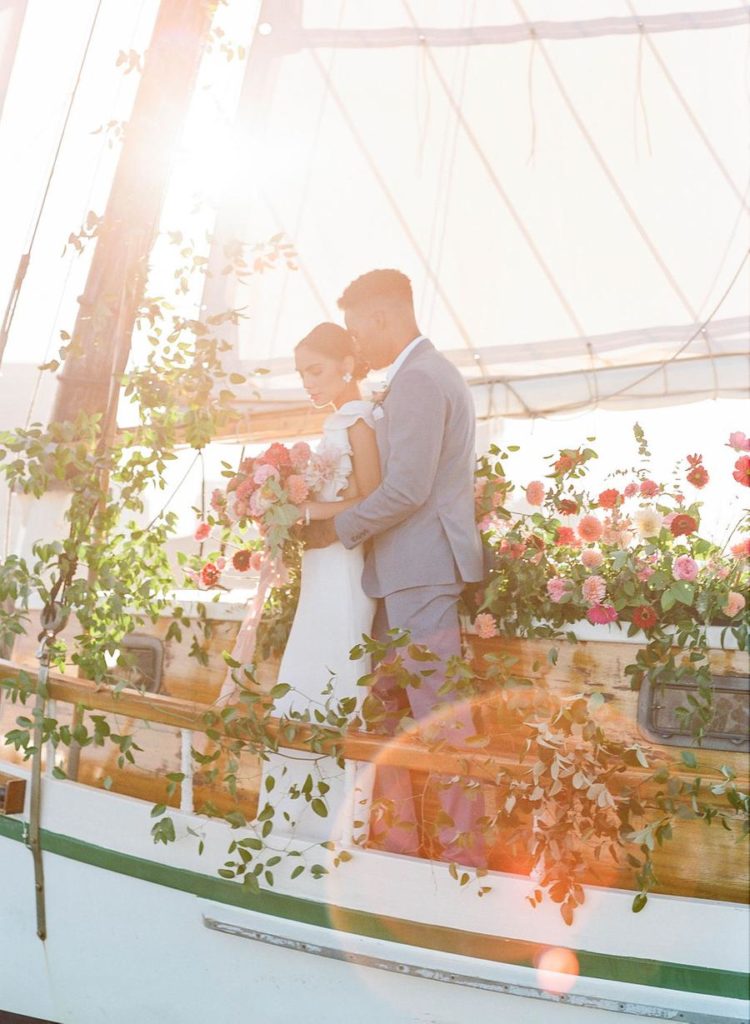 What a lovely and non-traditional wedding idea