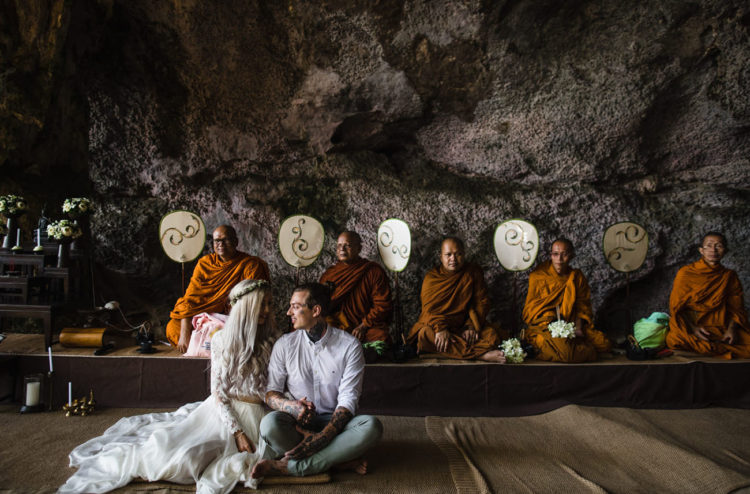 After first talking on Instagram—while living on opposite sides of the world—Rico flew from Australia to the UK to meet Emma. The two ended up backpacking together and spent 18 months traveling around South East Asia and Australia, before Emma eventually moved to Australia to be with Rico. Now, with a love story like that—you can only guess how epic their wedding would be!

The couple wanted to bring everyone on an adventure inspired by the backpacking trip, after spending so much time in Thailand and knowing that they’d have to bring family together from both Australia and the UK. The guys wanted a bohemian wedding that felt like a big celebration, so they decided to have two ceremonies with two dresses and two locations. The wedding took place at Rayavadee in Krabi, Thailand.

To start off their special day, the two had a Buddhist ceremony in the morning, held inside a cave. All the florals were white, with tons of luscious greenery for an overall ethereal vibe. The second ceremony paid homage to Western culture, while bringing in the beauty of the region.

The bride was wearing a separate for the Buddhist ceremony – a plain skirt, a lace crop top with long sleeves and a floral crown. her second look was done with a lace mermaid wedding dress with a train and a veil. The groom was wearing grey pants, a white button down, black suspenders and brown shoes. 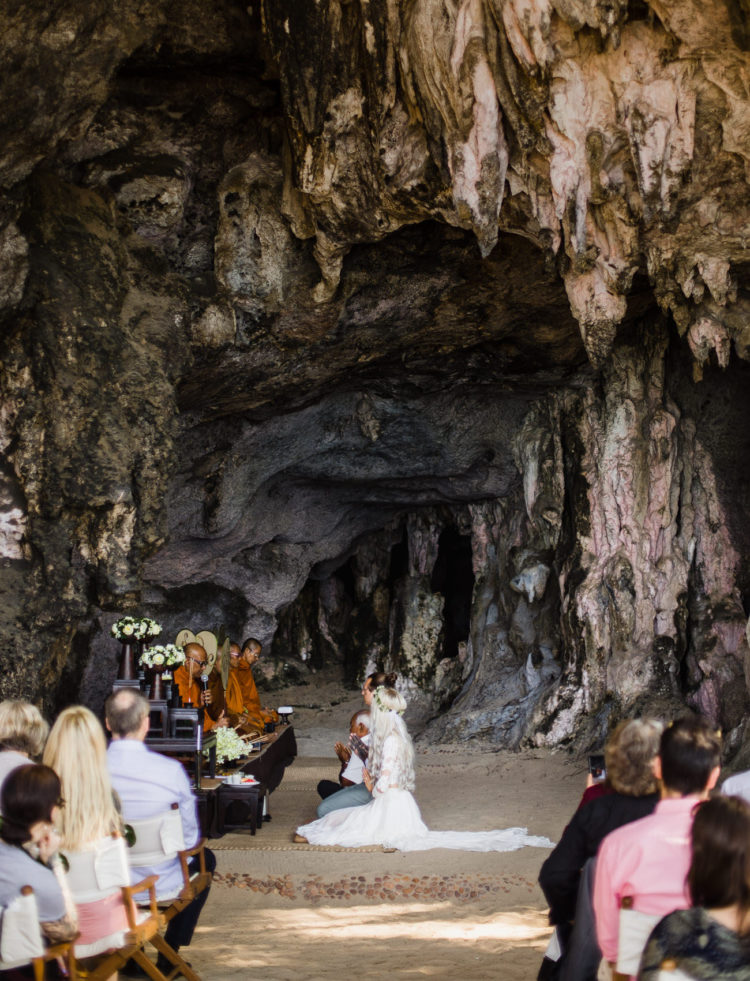 To start off the day, the two had a Buddhist ceremony in the morning in a cave 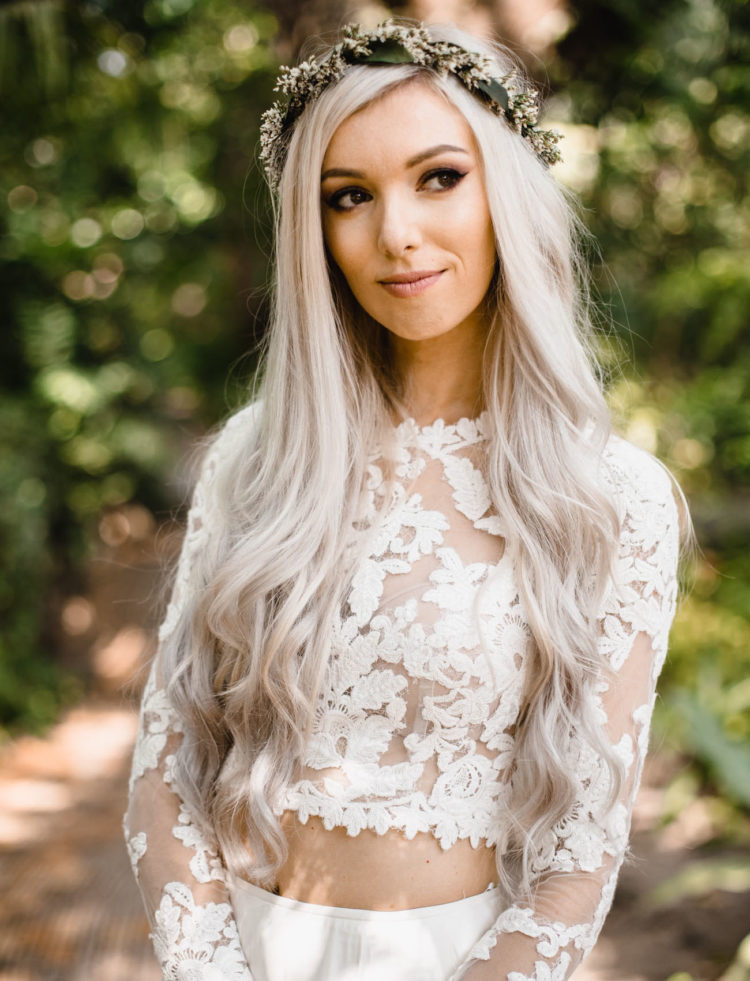 The groom was wearing a white button down, grey pants and brown shoes 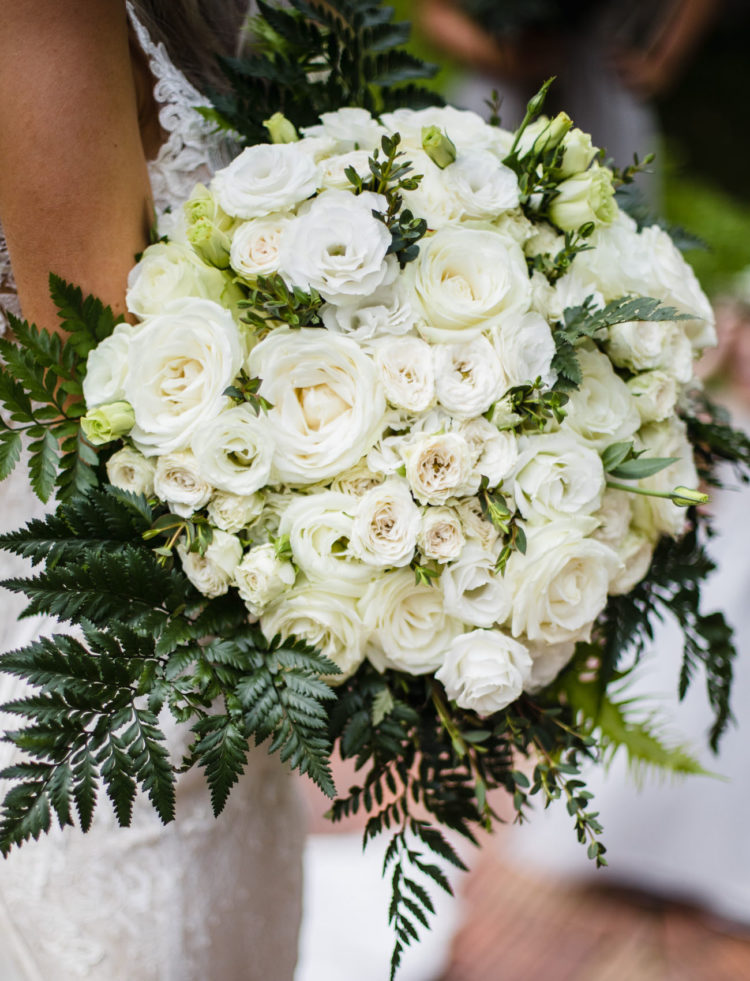 The bouquets were white and styled with greenery 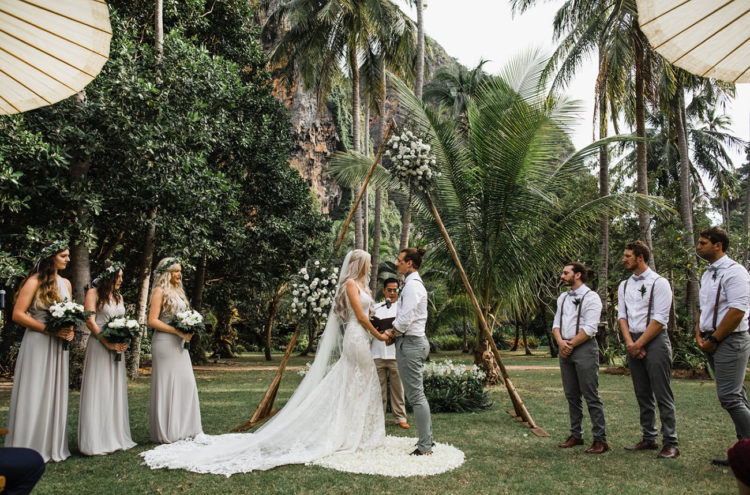 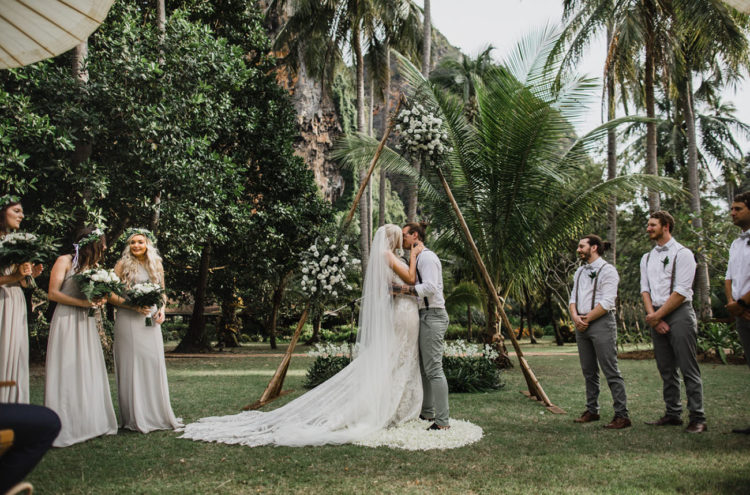 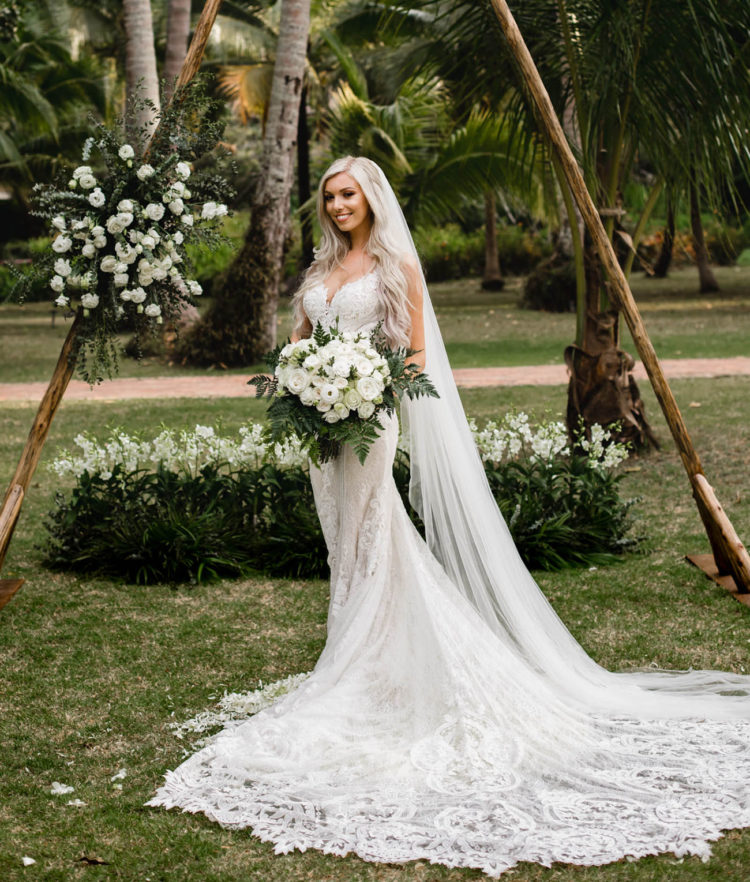 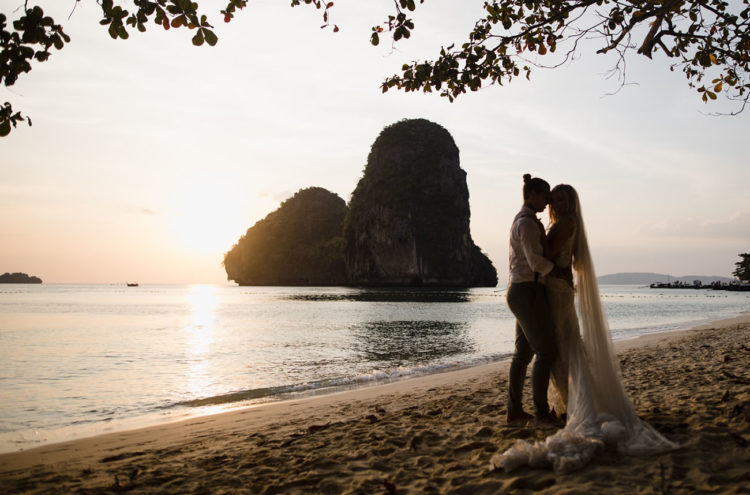 Thai nature is an amazing backdrop for wedding portraits 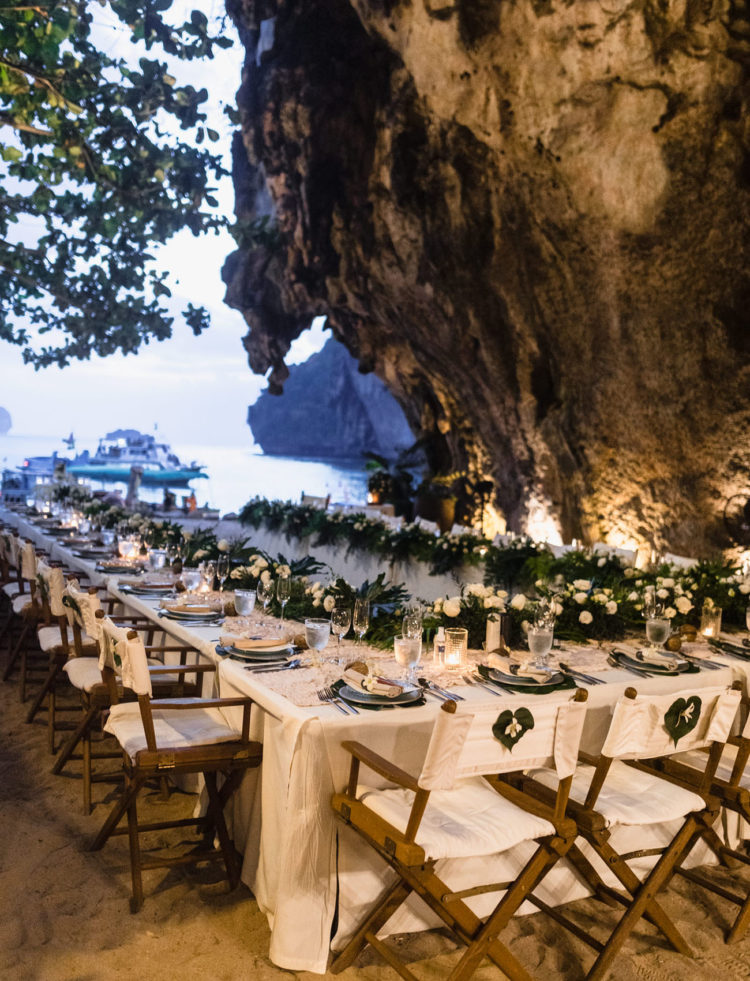 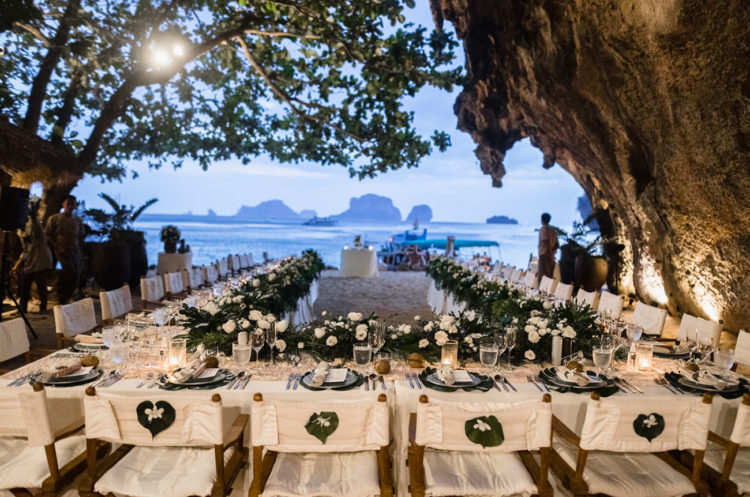