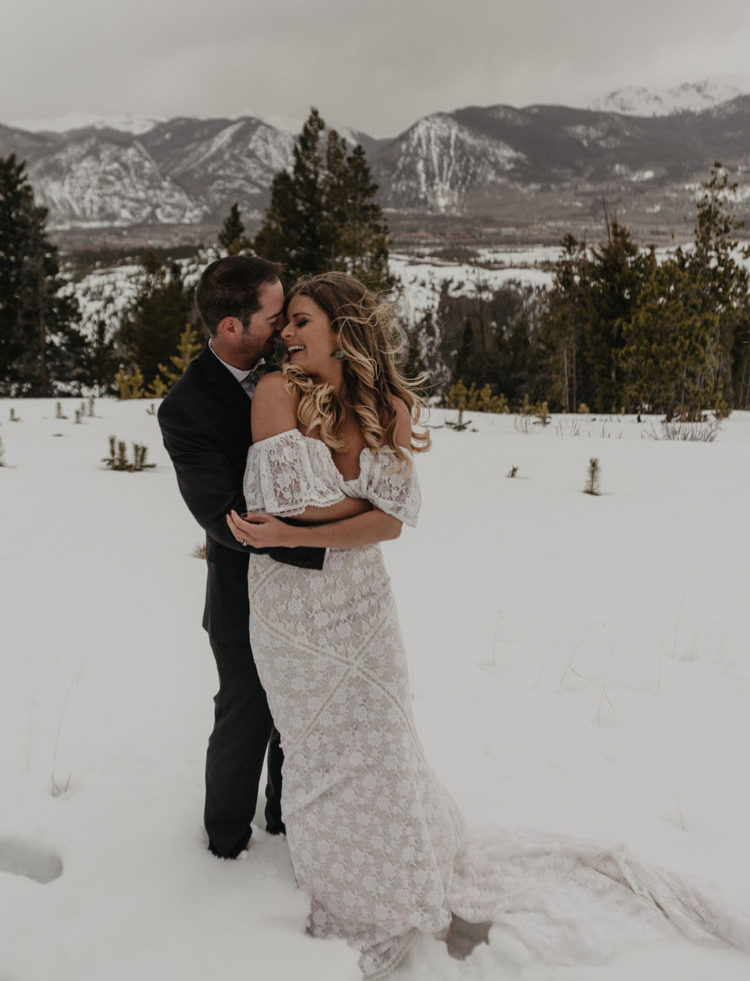 Can you imagine if your wedding photos went missing? Unfortunately, that was the case for Meredith and Jake—their original elopement on November 17, 2017 was everything they wanted and more…but as the snow started to fall and fingers became cold—1 of the 2 cards with the wedding photos was blanketed under the snow. The couple found a way out and eloped again!

While eloping for the first time, the couple have a sweet French bakery in their mountain town, so they went there as it holds good memories for them. Next, they went to the courthouse in Breckenridge, where they snuck in past their friends who work in that building to sign the formal papers for their marriage license.

The bride went to have her hair and makeup done across town, and Jake sat at home, playing guitar to the dogs…as practice for the song he was going to play during their time up on the mountain. Meredith was wearing a romantic off the shoulder boho lace gown with a train and boots, Jake was wearing a black suit with a floral print tie.

The couple went up to the mountains to their altar done with a macrame hanging to say the vows. Up in the mountains they wrapped up into the bride’s grandfather’s favorite blanket and enjoyed snuggling together in the cold, sipping a bottle of bourbon and some sweets they brought, just staring at their beautiful backyard of massive mountains covered with fresh snow. 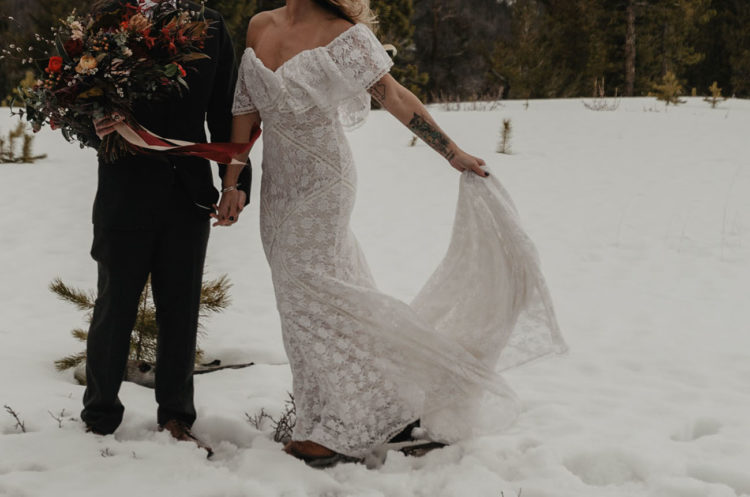 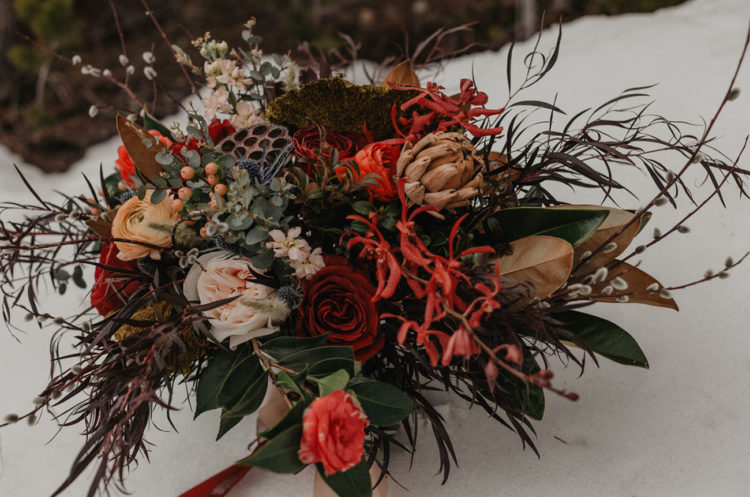 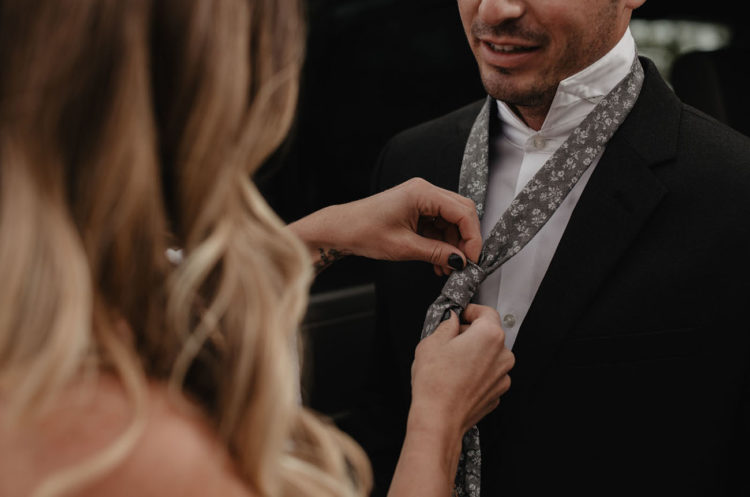 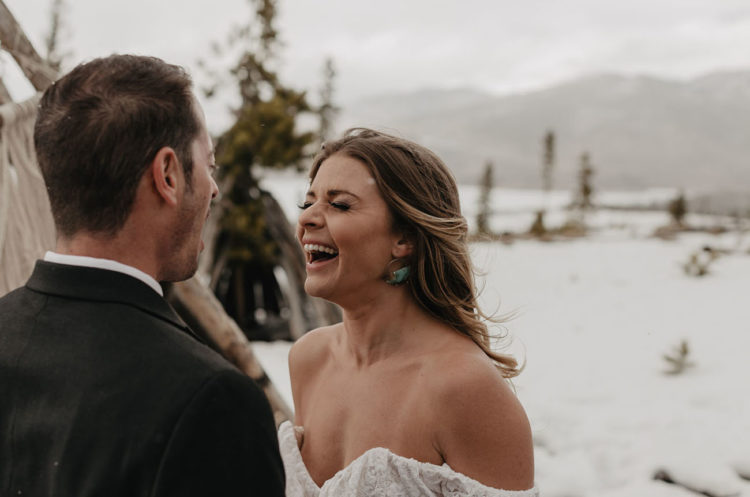 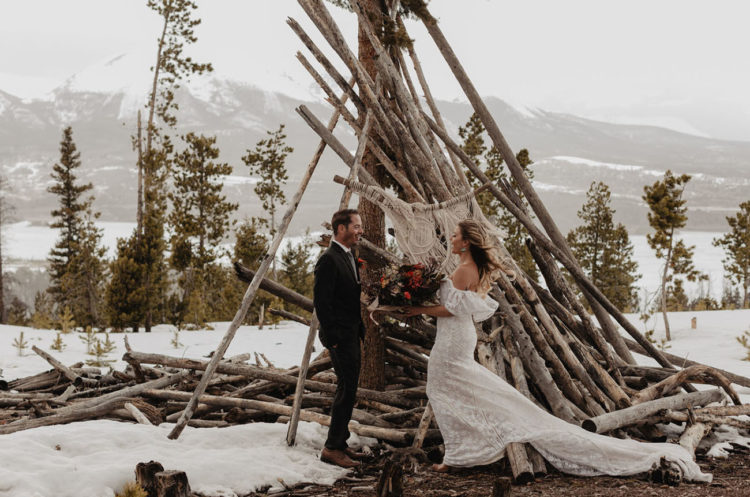 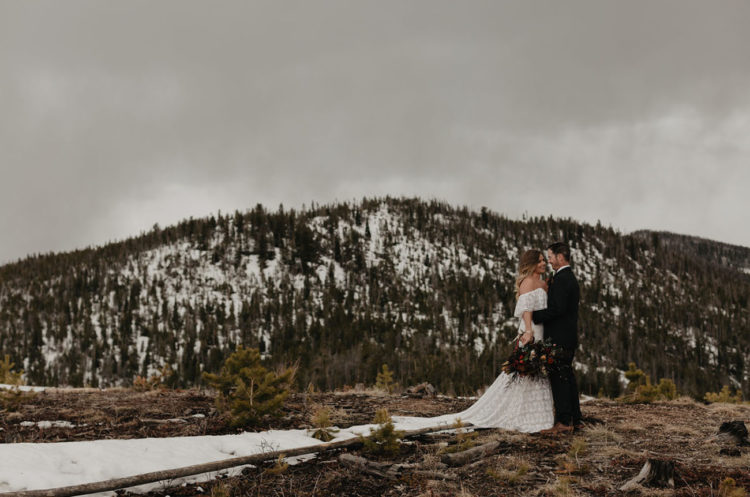 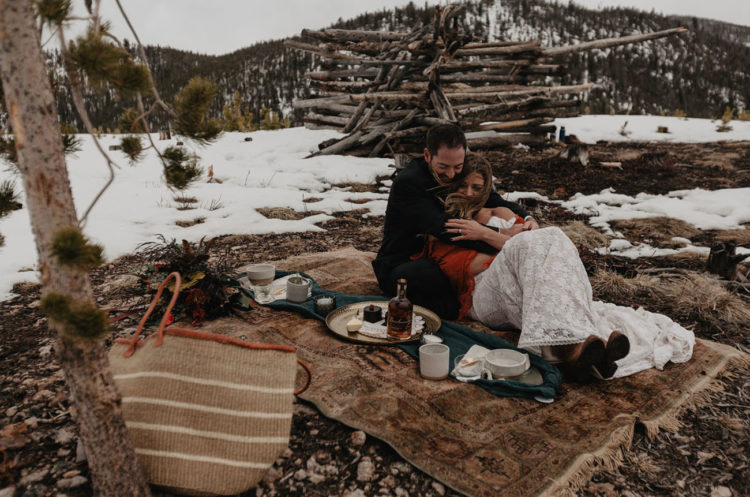 They went for a small picnic just for two, it was styled with a boho rug and some cupcakes and bourbon 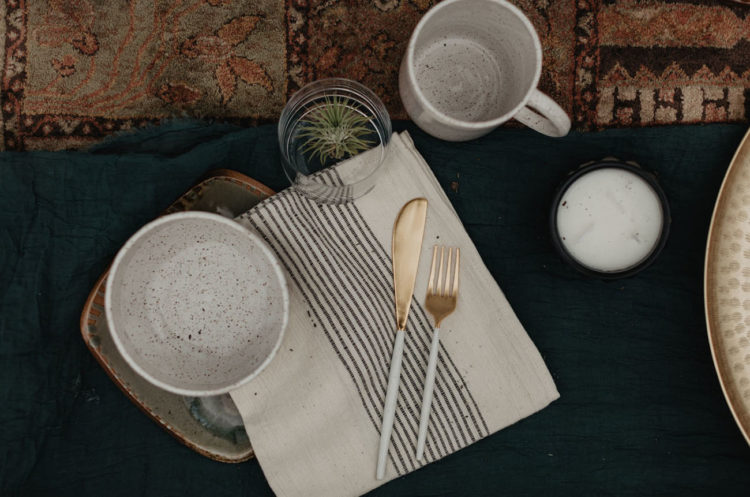 Even for such a small picnic they chose cool speckled porcelain, modern cutlery and air plants 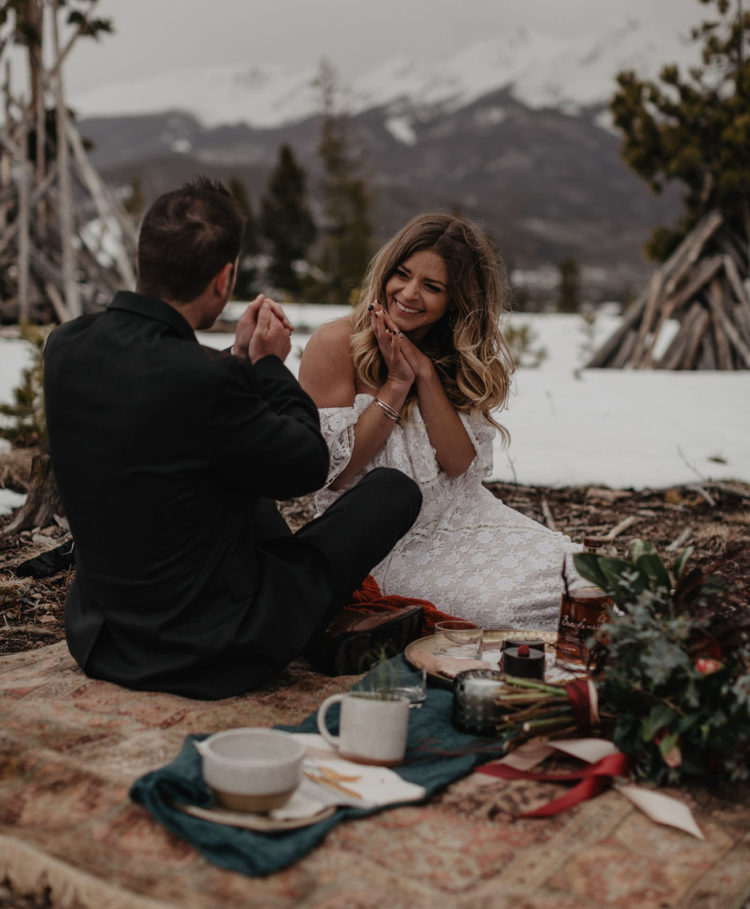 What a gorgeous couple, congratulations on their elopement again