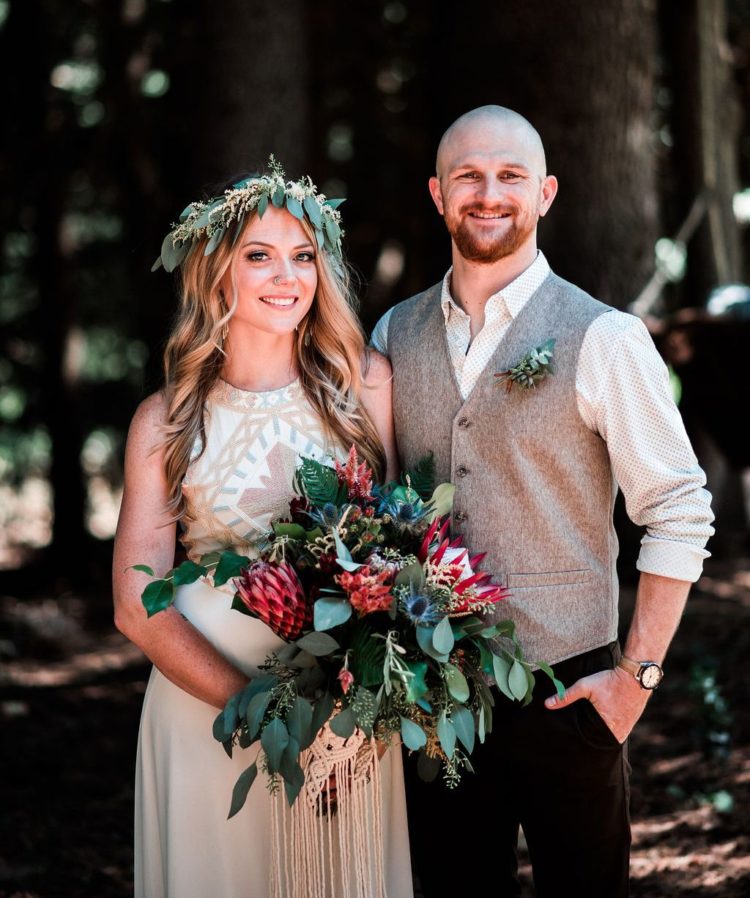 This beautiful couple went for an all-sustainable wedding with lots of DIYs, macrame and boho touches

Andrew and Brittney gave themselves just four months to plan their August wedding. It was important to the couple to keep sustainability and frugality in mind with all the decision making for their wedding day.

They held the day at Brittney’s parents back garden which meant they didn’t have to shell out for expensive venue hire. For decor they used a lot of things they had already acquired throughout their relationship, and anything they purchased would have a purpose and place after the wedding day. They rented the majority of larger items, and skipped things like favors and invitations as they wanted to limit the amount of disposable stuff that was involved in their day. They wanted as much natural beauty as possible in their day. They had plants everywhere, even hanging in macramé from the trees. The couple embarked on lots of DIY projects for the day, mostly potting plants and gardening, but the crown jewel of the DIY was building the massive curtain entryway to their ceremony area.

The bride was wearing a beautiful fitting wedding dress with pastel embroidery on the bodice and edge of the skirt, copper shoes and a greenery crown. The bridesmaids were rocking pink maxi skirts and white tops with embroidery. The groom was wearing brown pants, a grey waistcoat and a white shirt with no tie. The bridesmaids were rocking maxi pink skirts and neutral tops with embroidery, the groomsmen were wearing the same as the groom except for waistcoats. 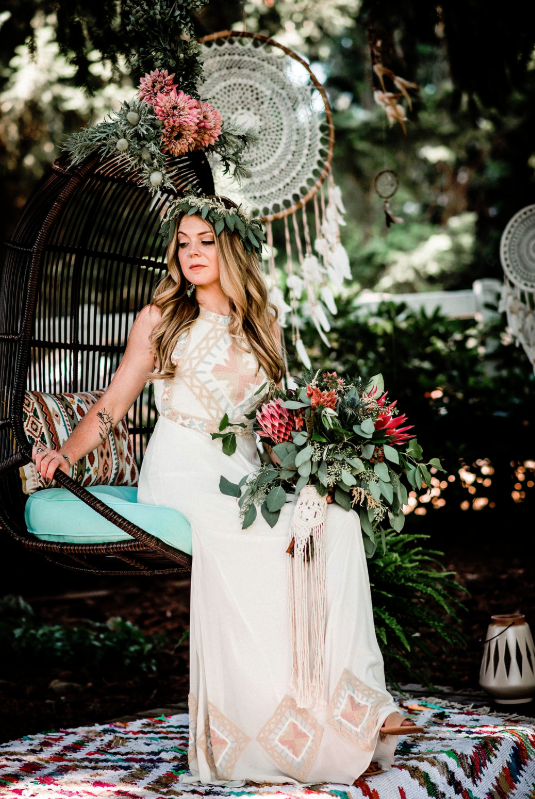 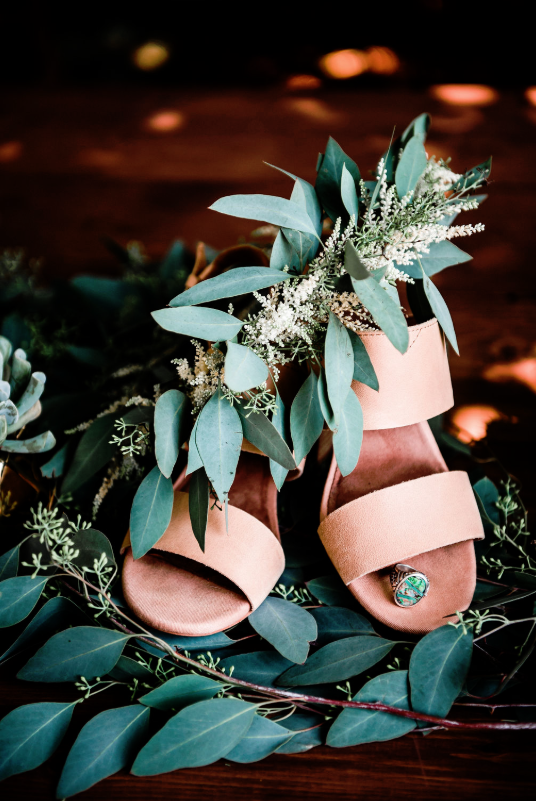 Her shoes were comfortable nude ones, and look at this gorgeous ring 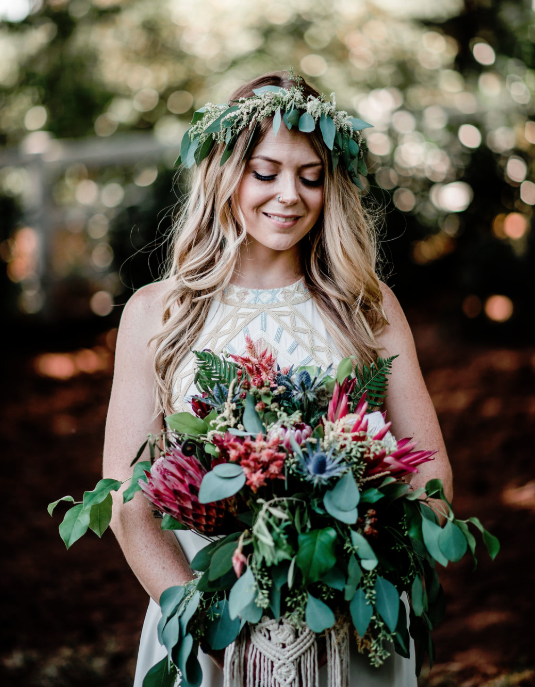 Her colorful bouquet felt very boho, with much texture and a macrame wrap 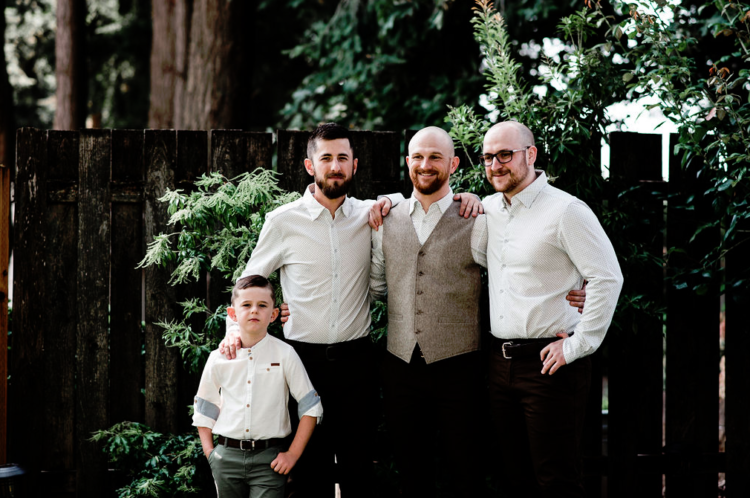 The groom was wearing brown pants, a grey waistcoat, a printed shirt and the groomsmen were rocking the same except for a waistcoat 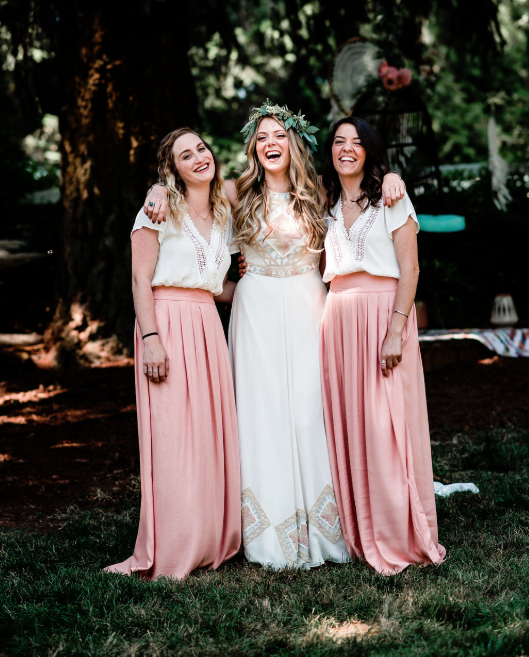 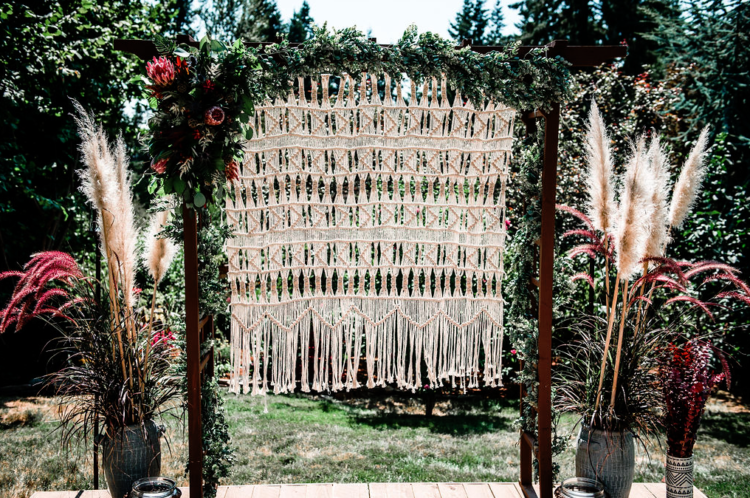 The wedding backdrop was a macrame one, with greenery and king proteas, with grass arrangements on both sides 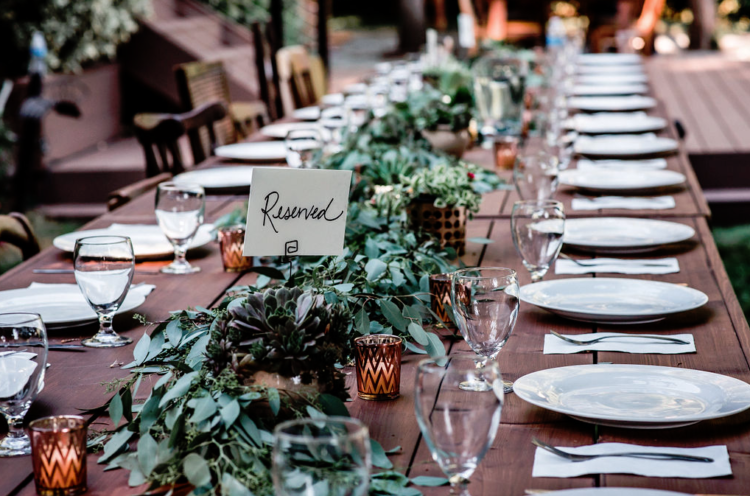 The tablescape was done with much greenery, succulents, candles and neutral porcelain 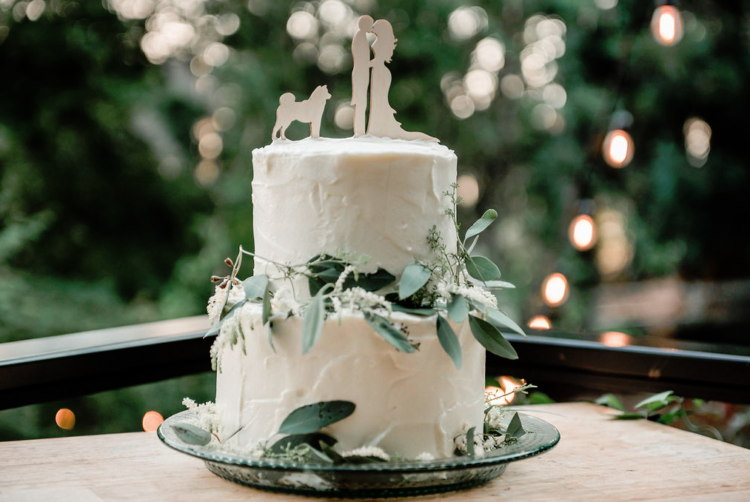 The wedding cake was a white buttercream one, with greenery and cutout toppers 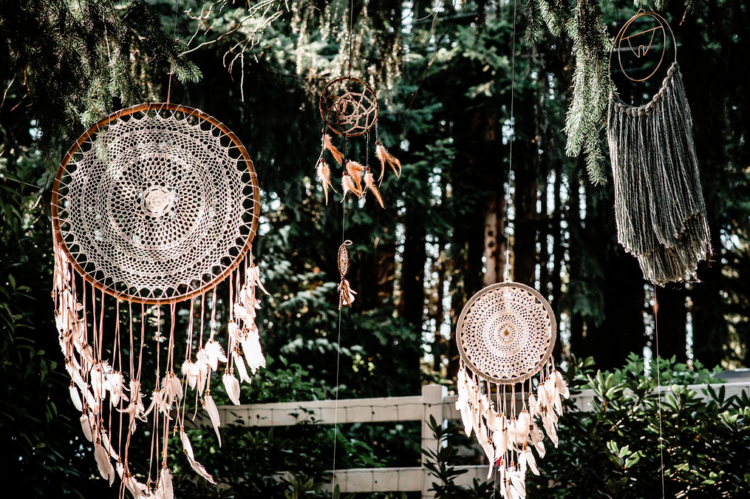 Much decor was DIYed and it was all sustainable