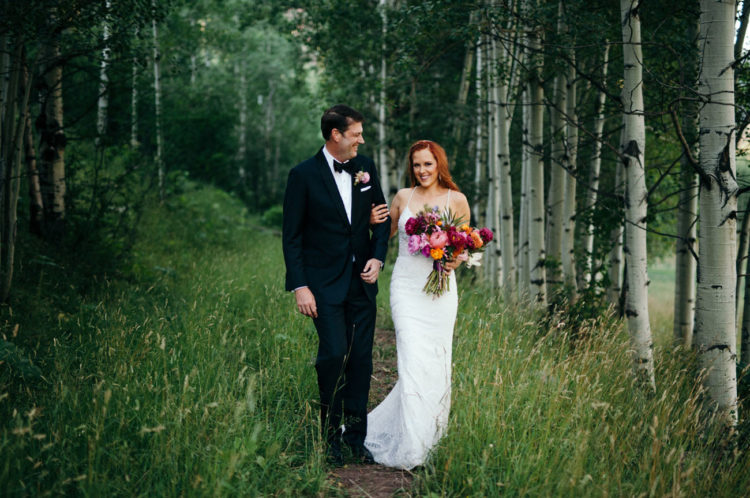 This wedding took place in Aspen, and the theme was boho meets glam

Laura + Jayson have longstanding ties with Aspen, Colorado; they got engaged there, and Laura’s grandmother is known for being an Aspen local. So it made sense to bring the party there, to T Lazy 7 Ranch!

Planned by Bluebird Productions, the wedding was brimming with funky and boho-chic touches — from the handmade (by the bride) dream catchers, chains of flowers, and a series of teepees around the dining area! Laura and her “Bride Tribe” also crafted tambourines to go beneath each seat at the ceremony, which were then used during the recessional!

Laura dazzled in a dress by Berta: a spaghetti strap lace one with a plunging neckline. She also had a cool wavy and braided hairstyle that gave her that boho look she wanted. The bridesmaids were wearing mismatching blush dresses, some of them floral, neutral and fuchsia ones as there were a lot of girls. The groom was rocking a classic black tuxedo for an elegant look.

Laura had a very clear cut vision for the day and wanted it to be the perfect mix of glam meets boho. The ceremony aisle was decked with colorful rugs that she’d collected during her many adventures. The whole dinner and reception was held under these teepee tents. The vibrant florals were done by Prema. The invitation suite was crafted by Victoria Lane. How cool is that wood-grain envelope?

The naked wedding cake by D’elissious Cake Studio was perfectly topped with natural accents. Enjoy the pics below! 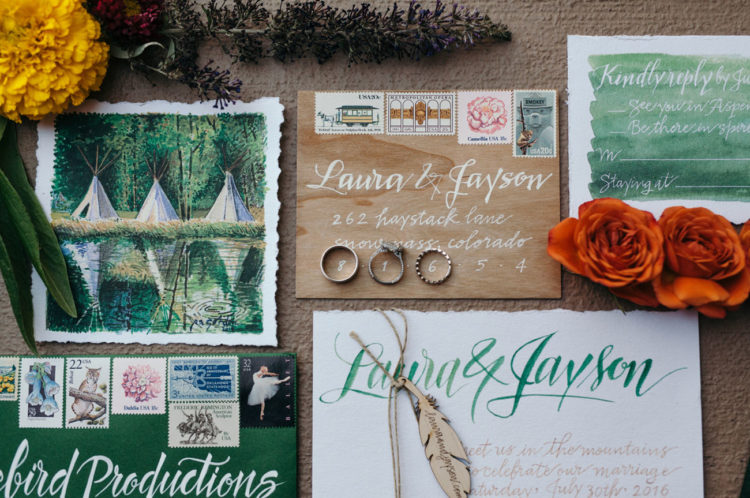 The invitation suite was made in boho and woodland style, and I love the wood-grain envelope 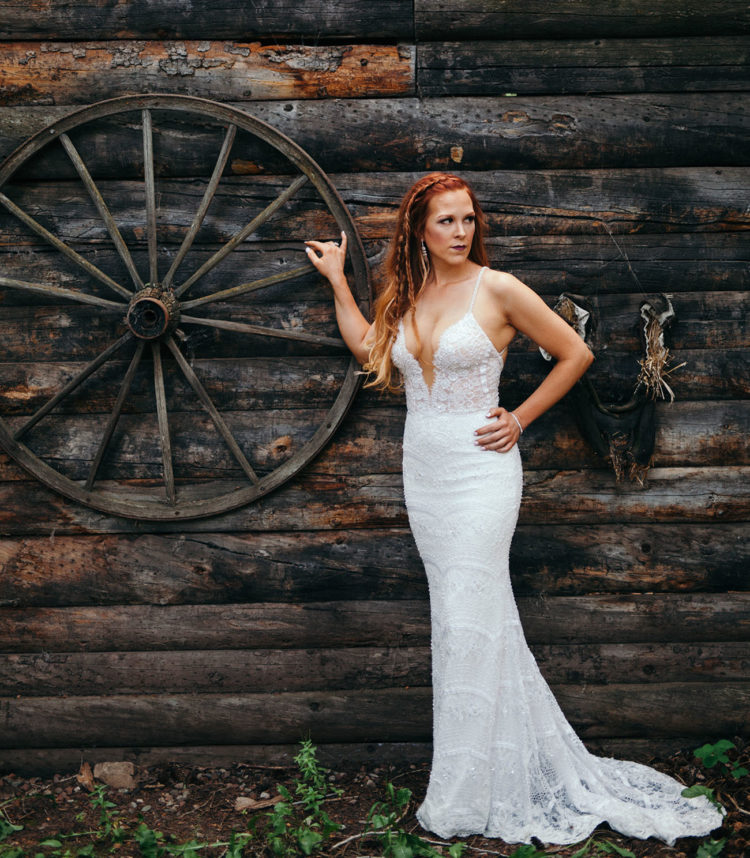 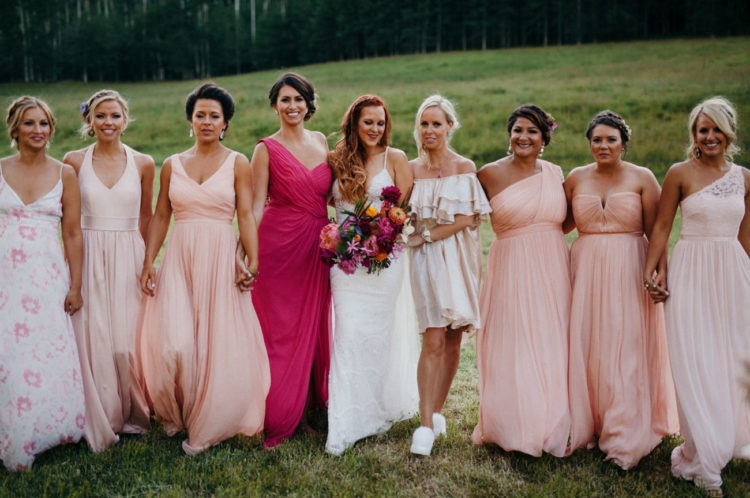 The bridesmaids were wearing mismatching dresses, blush, floral and neutral ones 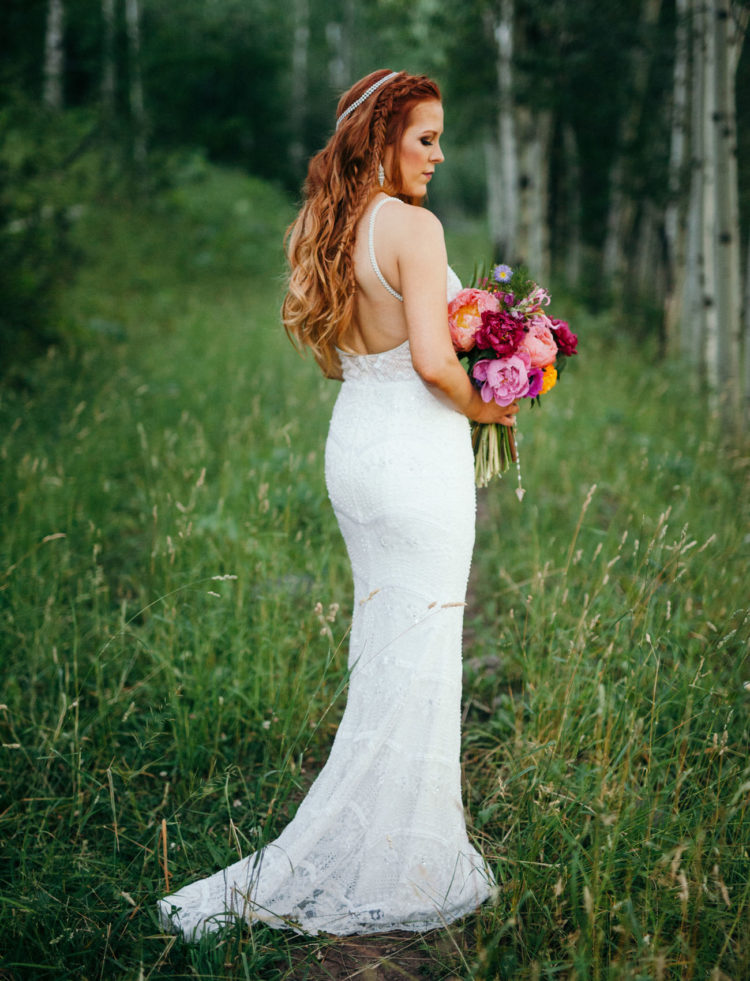 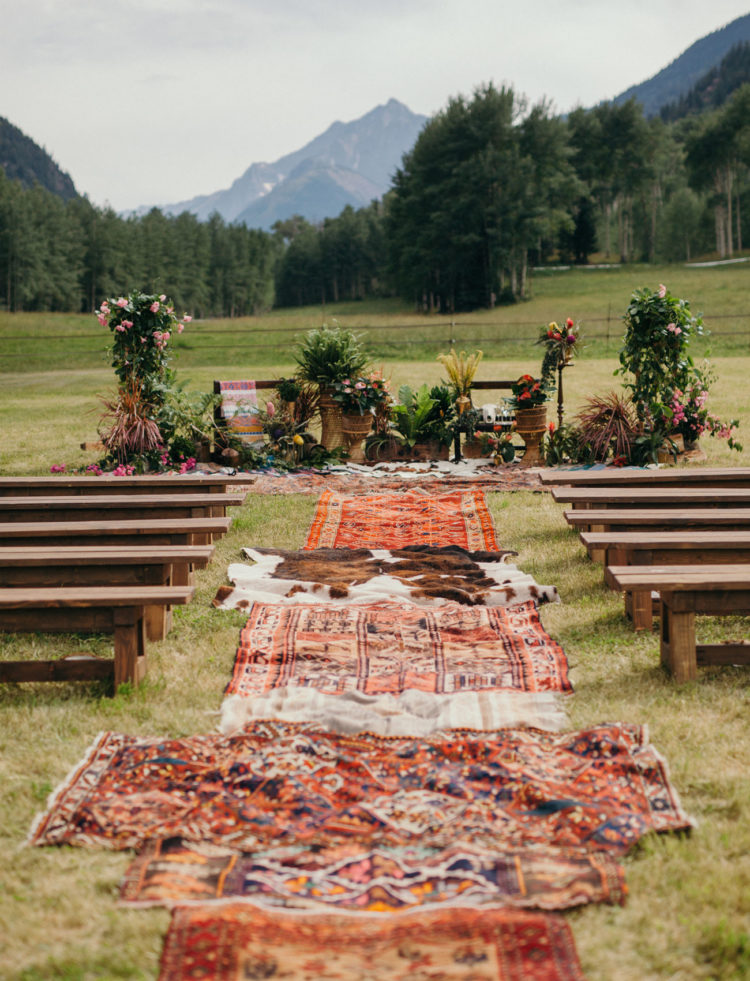 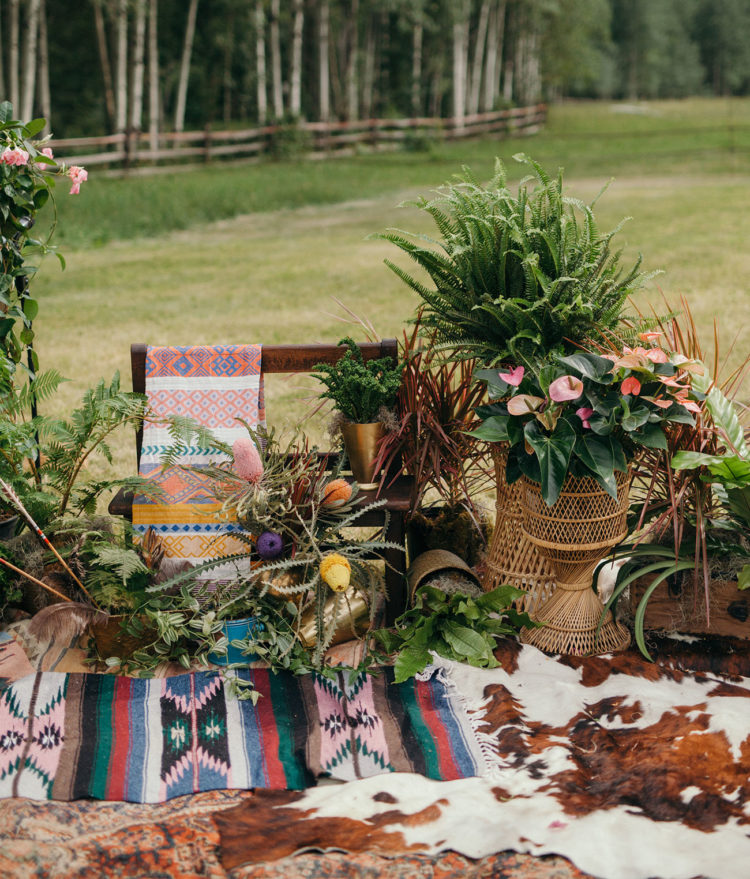 The bride had a clear vision of her big day, so everything was done according to her wishes 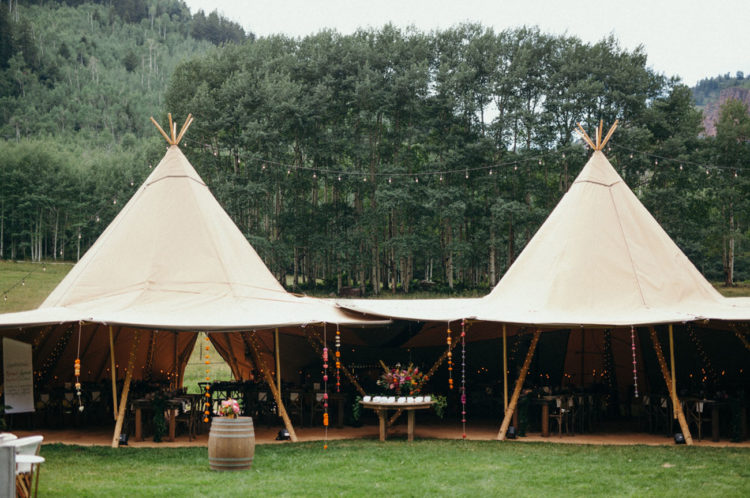 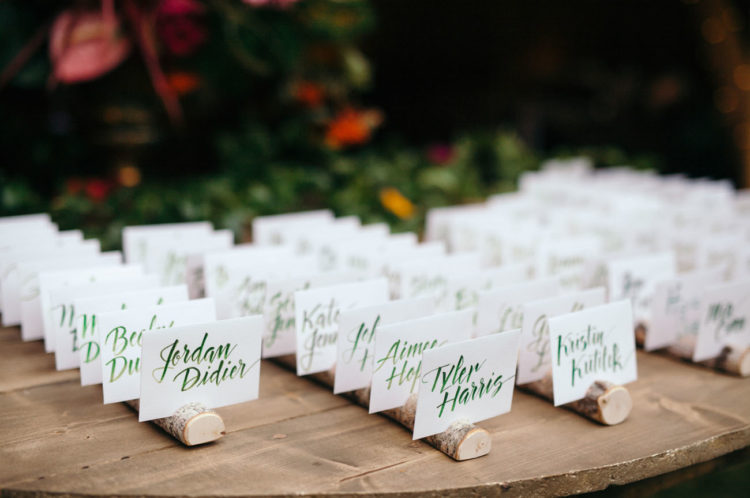 I love green calligraphy for embracing the woodlands around 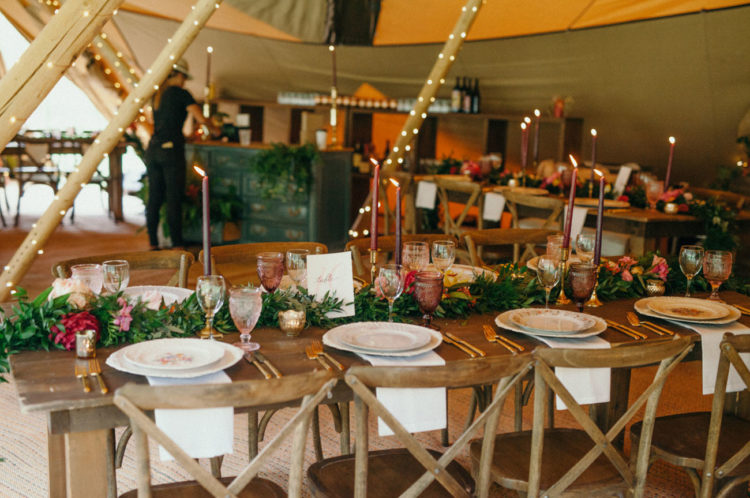 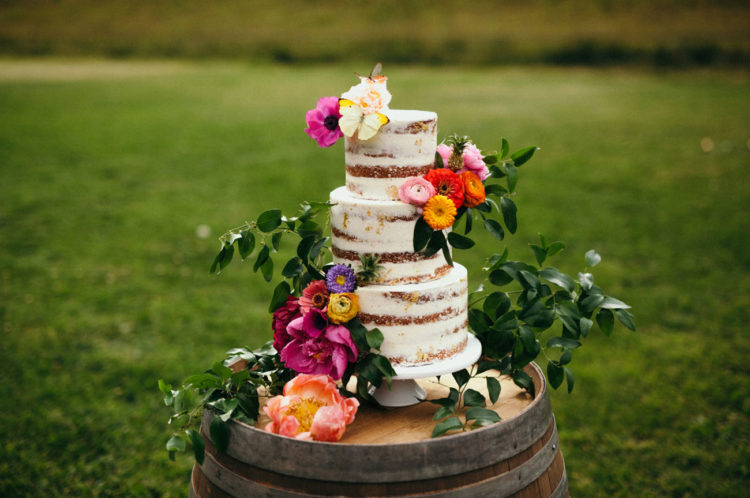