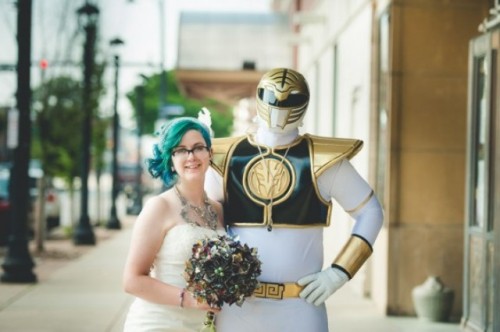 Felicia and Joe were hitched at the historic Warner Theatre in Erie, PA. The bride wore a Vera Wang gown but she had to compete with that groom of hers who rocked up dressed as his favorite Power Ranger! They also added Marvel, Army of Darkness, childhood games and TV shows in the favors, with a heavy touch of LOTR too. There was quite a lot of DIY including the centerpieces and table decorations, the guestbook, the favors, the bridal bouquet and the chair ‘covers’. The bouquet was origami and made from comic books. One of the ‘bridesmaids’ was also male but he still wore a dress! All the wedding got crazy in the end, just enjoy and have fun as the participants did! 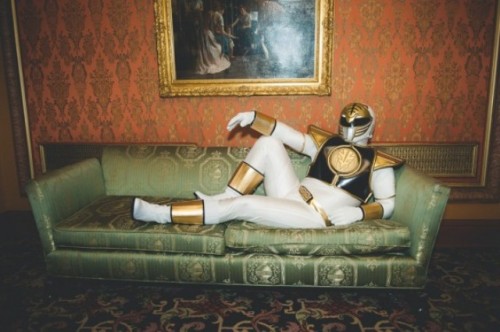 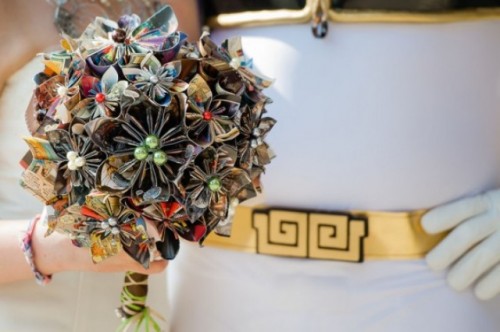 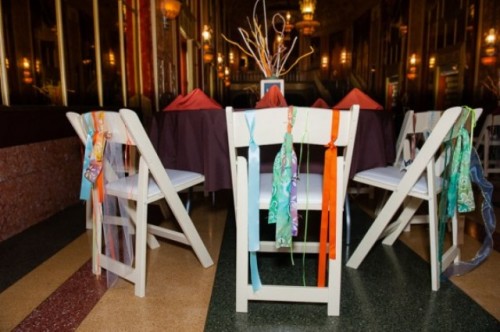 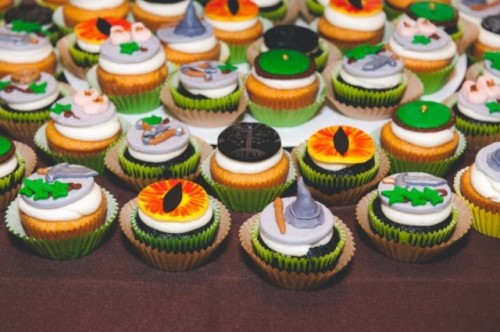 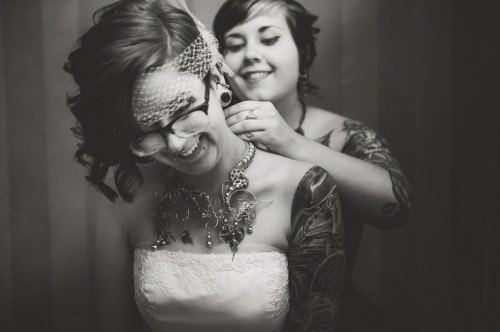 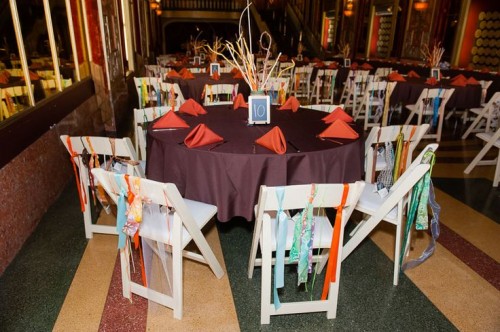 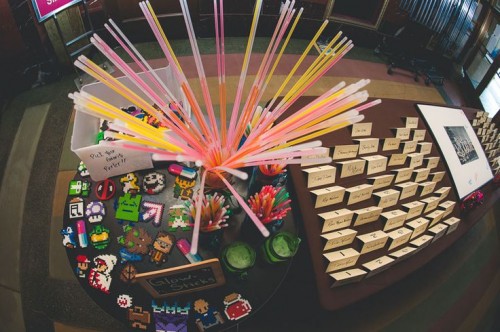 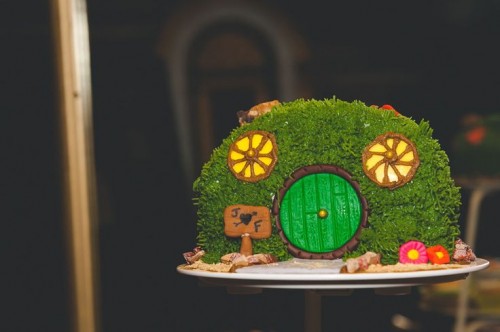 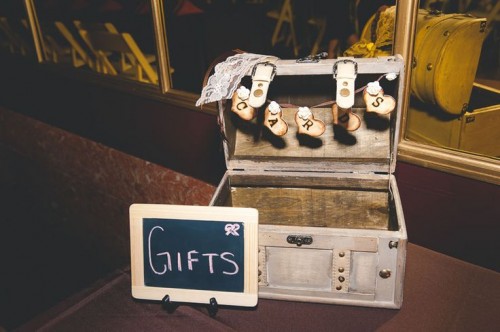 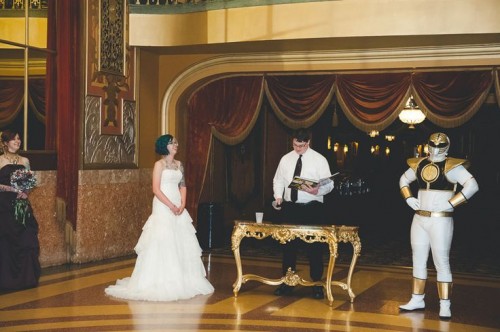 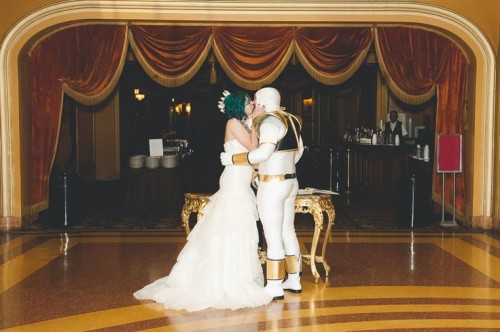 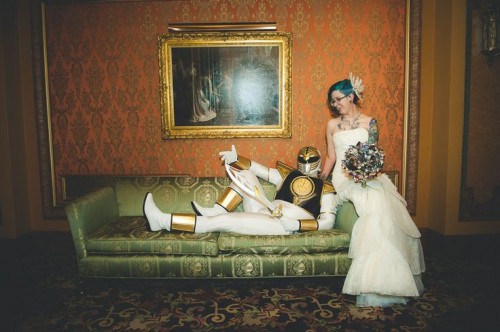 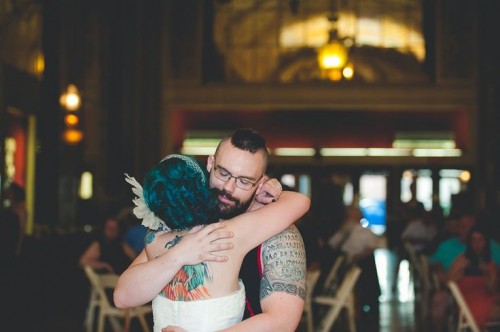 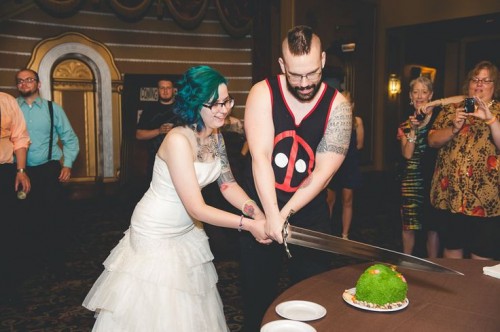 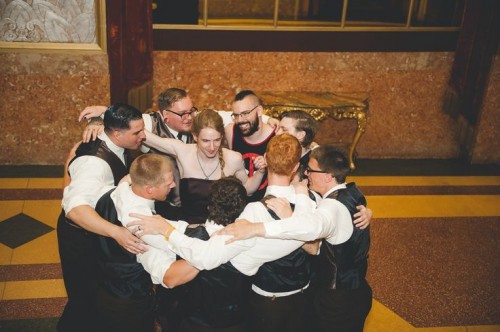